In the Strait of Hormuz (which one retired Royal Navy Admiral referred to as similar to a “crowded highway”), Iran depends on asymmetrical methods to promote their current political aims and cause trouble for their enemies. That nation does not deploy it’s regular Navy conventional vessels to confront the U.S. and its Allies; instead, Iran uses commercial high speed, small naval craft with no AIS and RF emissions cut to a minimum. They prey upon Allied shipping in groups, whether in convoy or not, and are fully cognizant on where U.S./NATO SIGINT assets are located, and their coverage at any given moment. Some call it, “’little green’ men on the open seas.”

In July of 2019, the Islamic Revolutionary Guard Corps (IRGC) was able to capture the British flagged Stena Impero, despite the presence of British Royal Navy frigates protecting the convoy. Their nighttime helo insertion of special forces raised eyebrows in the region for its sophistication. It is rumored that the insertion of IRGC forces was observed by a lightly-armed RN Lynx helicopter (with orders not to escalate).

Could asymmetrical ISR assets such as cubesats be used in the near future to provide more persistent and flexible ISR? Can the companies moving into this market provide actual solutions to the warfighter, and not just offer maritime “dark target detection” (via AIS correlation), and “AIS-based analytical data for maritime users for ship tracking?” 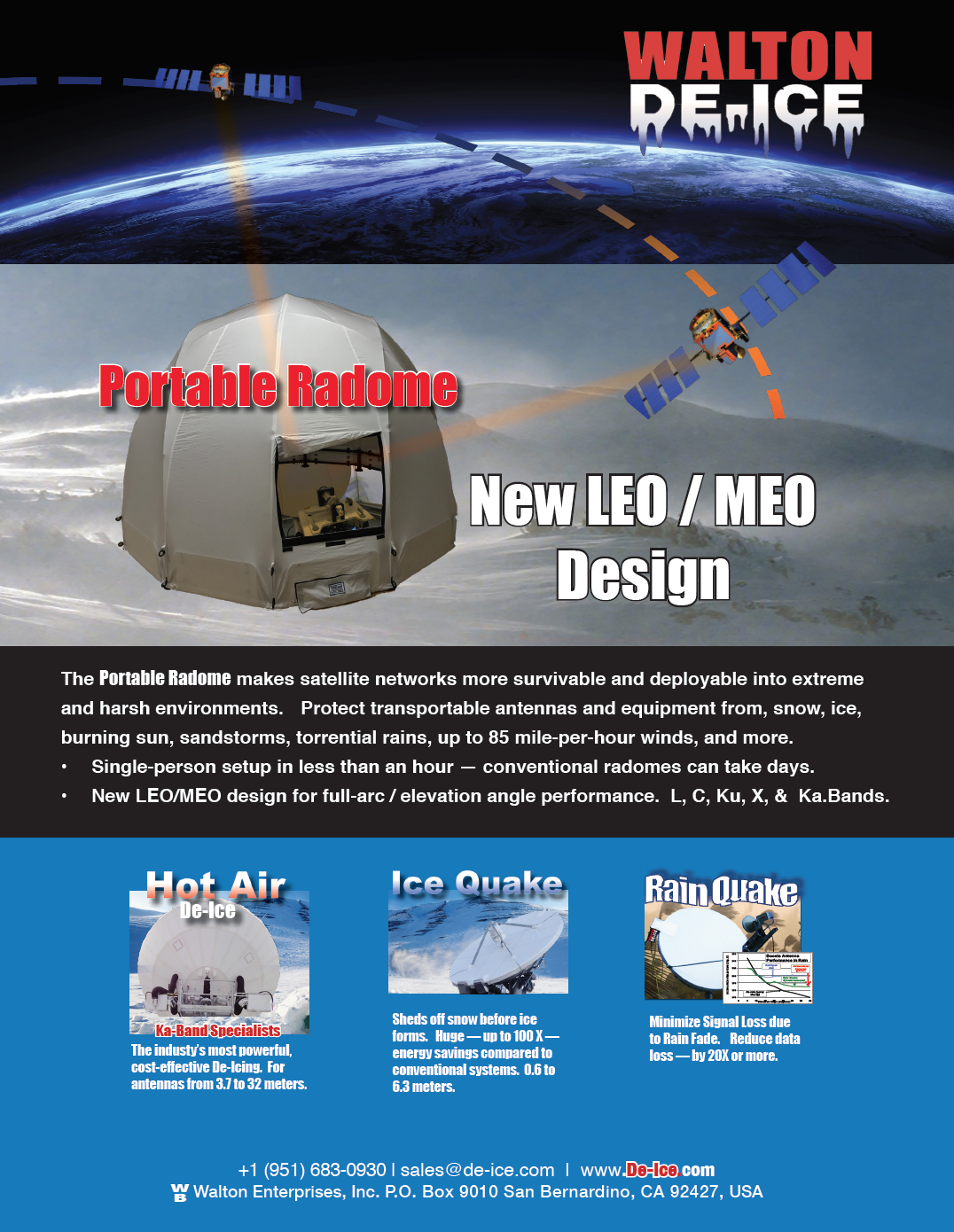 Certainly, cubesat-based AIS tracking has been proven by Spire Global, and there seems to be a solid market for this data, especially when combined with analytics and cued SAR imagery (IceEye, Capella, and NovaSar). The question to ask today is, will these emerging “New Space” technologies actually play a role in military (tactical) ISR?

The subject is complex and the ISR assets required to support peacetime operations such as those operating today in the Persian Gulf are far different than those requested in an actual wartime environment. To those who have participated in NATO wargames, it is well known that the first assets “swept from the board” are larger, manned and unmanned SIGINT/ISR assets like Rivet Joint/Air Seeker, Global Hawk, etc. These assets are clearly vulnerable today and their vulnerability will only increase with new Russian and Chinese missile technology.

In July of 2019, the Royal Air Force (RAF) announced it was going to buy a “quick reaction capability” of small Earth Observation (EO) sats from SSTL (Airbus) under the ARTEMIS program. They will be launched by Virgin Orbit’s innovative horizontal launch vehicle, which has major advantages over traditional horizontal launchers; different, optimal orbits can be obtained due to the flexibility in using runways around the world as space launch sites. Once this capability is operational, the question is: Will the refresh rates/persistence be adequate to image the required target sets with a small number of EO satellites.

In December of 2018, the U.S. company HawkEye 360 (HE360) launched their first constellation of three (3) formation-flying RF SIGINT smallsats (12U) using traditional Direction Finding/TOA ESM techniques. According to the data presented at conferences by HE360, their performance has been impressive with detection geolocation of maritime radar emitters, AIS, and VHF transmissions.

According to HE360, they will need six (6) constellations for adequate refresh rates for worldwide coverage. To meet this not trivial financial expense, Airbus was among other companies that recently announced they were investing $70 million in HE360.

Airbus claims that they can offer HE360’s RF SIGINT data — together with their own  Geospatial data package/service. While this certainly gives HE360 a path to the international market, one wonders about the ITAR constraints which will be put on this data. 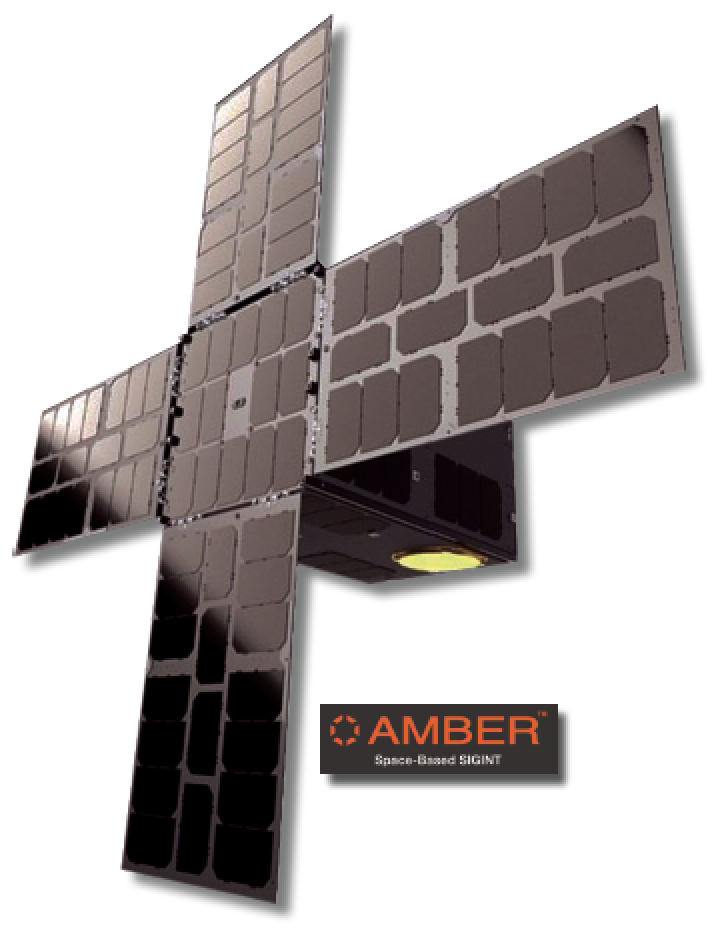 Other players entering this market are the Luxembourg-based / Australian-listed KLEOS Space which plans to eventually launch groups of four (4) cubesats (similar to the HE360 concept) to retrieve VHF radio signals from space and offer that as RF reconnaissance data for maritime tracking.

SIGINT OEM Horizon Technologies of the UK was recently awarded a contract by the UK Government for their Amber SIGINT cubesats that will pick up a variety of signals, including Sat Phones, AIS and radars, starting in 2020. In Australia, DEWC Systems has announced plans to launch SIGINT smallsats in 2021.

In order to be of real value to national government end-users, the data needs to be a level of sophistication higher than needed by the maritime commercial/fleet management market.

The imagery must produce 1 meter resolution and the RF SIGINT data needs to geolocate the threat emitters (to a high degree of accuracy), it needs to fingerprint the radars for inclusion in national EW databases, as well as be able to capture other emissions, like Sat Phones, radios and Sat-based datalinks.

The content and metadata captured needs to be decrypted by national governments. Refresh rates of less than 60 minutes are desired as well as geolocation of less than one (1) km.

While maritime X-/S-band radar data is of interest, and can help immensely for certain missions, the full SIGINT spectrum of 2 to 18 GHz is clearly the goal of many governments. Naturally, this is not a commercial system, but an export-controlled military ISR capability.

If a full spectrum, robust, and rapidly refreshed SIGINT cubesat constellation can be launched and supported, the data provided by this system would be “gold dust,” according to one UK MoD user.

Perhaps in the next few years, hot spots such as the Strait of Hormuz will be covered by EO, SAR, and SIGINT smallsat constellations with their collected data fed into the Joint HQ in Bahrain.

Large amounts of data on an opposing force (OPFOR) “pattern of life” will be collected and hourly updates of OPFOR movement will be added to the existing manned and unmanned ISR assets in the region.

Looking into the mid-‘20s, these constellations could be closely tracking Russian and Chinese military emitters all over the planet. The world has the potential to become a much more opaque, and thereby a safer place as any large-scale terrestrial or naval movements would be quickly spotted and made public.

The U.S., UK, France, Australians, and other nations, are actively promoting smallsat development in this field. Good examples are the UK, via their Satellite Applications Catapult, and the U.S. with its USAF Catalyst program. 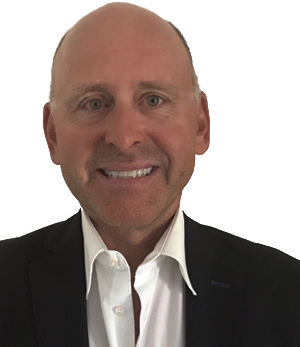 The jury is still out as to whether the current generation of cubesat constellations can fulfill their promise and “jump” from the commercial geolocation/EO market into the military ISR market where their value can be extensively utilized. The next few years will be decisive.

John Beckner is the CEO of UK-based Horizon Technologies. Horizon Technologies is under contract to launch the UK’s first SIGINT CubeSat constellation, Amber, as part of a public/private partnership sponsored by Innovate UK and the Satellite Applications Catapult.