The recently appointed Assistant Secretary of the Air Force for Space Acquisition and Integration (SAF/SQ), Frank Calvelli, joined the Mitchell Institute for a Schriever Spacepower Forum dedicated to “Delivering on Our Commitments in Space Acquisition.” Before joining the Air Force, Mr. Calvelli’s three-decade career includes experience in national security, space acquisitions and operations, and leadership at the National Reconnaissance Office (NRO), where he served for eight years as the Principal Deputy Director.

During the forum, Mr. Calvelli sat down with Gen. Kevin P. Chilton (Ret.) to discuss his top priorities for space acquisition and the role the commercial sector will play in the military’s space operations moving forward. 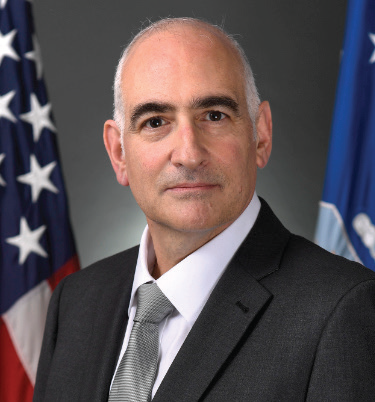 To Mr. Calvelli, there is no higher priority than space. “Space is just an amazing enabler for the country,” he said. “It supports the nation’s economy. It supports our military. It supports all the services in the department.” With great enthusiasm, he said that being appointed assistant secretary is “an amazing opportunity,” and that he looks forward to fulfilling his commitment to help set the direction for space acquisitions.

As his journey continues at the Air Force, expect Mr. Calvelli to draw upon his time at the NRO for inspiration in his new role. “My hope is to bring my experience from the NRO to the department, and to really help them out where I can in terms of space acquisition,” he said. 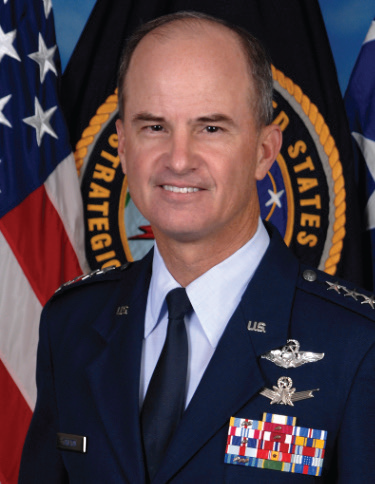 One part of Mr. Calvelli’s past experience that he will carry over to SAF/SQ includes five priorities that he developed during his time at NRO: speed, resiliency, architecture integration with other domains, project management discipline, and space and ground systems integration.

“It’s really important that space is always available to the nation, no matter what the environment is.” -Assistant Secretary Frank Calvelli First, Mr. Calvelli emphasized the importance of advancing speed in space 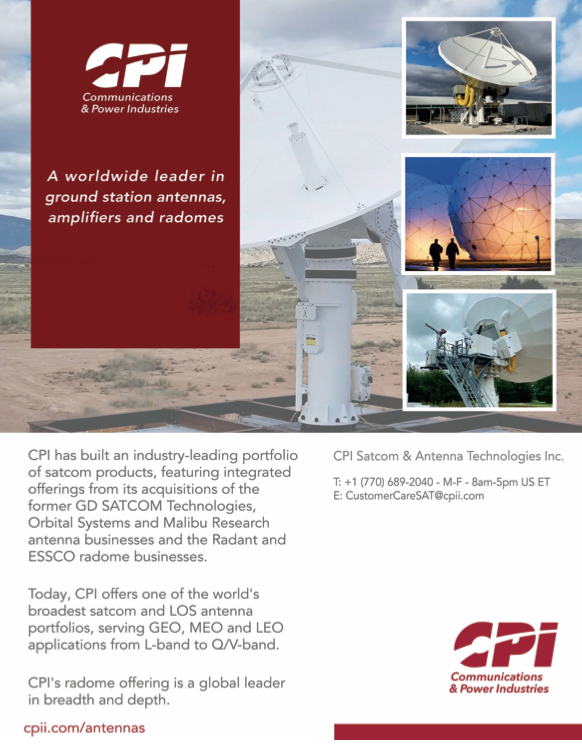 He also highlighted that the U.S. needs to bolster its space architectures by making them more resilient, a similar sentiment shared by Gen. John Raymond, Lt. Gen. B. Chance Saltzman, and Rep. Jim Cooper (D-TN) at recent Spacepower Forums.

Mr. Calvelli explained that a resilient space architecture is critical, because the military depends on space in both times of peace and conflict. “It’s really important that space is always available to the nation, no matter what the environment is,” he said.

Integrating space architectures into other warfighting domains is another priority that Mr. Calvelli plans to focus on in his new position.

He explained that since space is a critical enabler of other domain capabilities, it is vital that the military has the ability to integrate space with land, air and sea, which will give all warfighters an advantage over adversarial threats.

“I also think that if commercial has a capability…you’re not going to get any faster than taking advantage of what you could just buy off the shelf as opposed to develop,” Calvelli said.

According to Mr. Calvelli, one piece of experience from the NRO that he plans on implementing at SAF/SQ is fostering a department culture that runs on project management discipline. “I think there’s no better way to actually get some speed than actually delivering on your commitments and actually execute your programs on cost and schedule,” he explained. “My fourth priority is to really drive project management discipline across the service.”

When asked how Mr. Calvelli viewed the commercial sector’s role in delivering space capabilities to the U.S. Department of Defense (DoD), he responded by saying that industry can play a pivotal role in advancing the speed of acquisition.

“I think it’s an exciting time for the country, an exciting opportunity for anybody who’s involved with space programs, whether you’re in the Intelligence Community, the DoD, at NASA, or commercial,” said Mr. Calvelli. “I also think that if commercial has a capability…you’re not going to get any faster than taking advantage of what you could just buy off the shelf as opposed to develop.”

Indeed, the commercial space industry is currently booming with new technologies, capabilities and solutions that could execute the promise of Mr. Calvelli’s SAF/SQ speed of acquisition priority, but it can also meet his other priorities, such as space architecture resiliency and ground/space system integration.

This is evident with SES’ newest geostationary (GEO) Ka-band satellite, SES-17, which recently became fully operational with readied capabilities to support multi-orbit resiliency for military space architectures. The technologies inherent in SES-17 can enable the military to seamlessly roll communications between MILSATCOM and COMSATCOM resources at GEO and Medium Earth orbit (MEO). This groundbreaking capability will provide resilient and hardened SATCOM defense against adversaries that try to deny or degrade mission-critical comms. It also allows flexibility if mission requirements were to change.

According to SES GS’ Vice President of Mobility and Integrated Solutions, Rashid Neighbors, “Ultimately, our intent is to provide the U.S. Government with highly resilient, multi-orbit hybrid satellite solutions. While the spacecraft technology in SES-17…is fundamentally different, the ground system will be integrated through…ARC. This allows our government customers to focus on their mission and applications and let SES GS worry about how the transport works.”

To learn more about SES-17, select this link...

Select the video splash screen below to watch the Spacepower Forum in its entirety.