Koen holds the post of Market Director for Government, Defence and IP Trunking at Newtec, a market leader in satellite communication technologies. He is responsible for the launches of many of Newtec’s newest products and technologies including professional IP modems, the all new MDM6000 modem series, and FlexACM®, Cross-Layer Optimization™, Bandwidth Cancellation and S2 Extension technologies. Additionally, he also has a major interest in the area of market development within the government and defence sector. 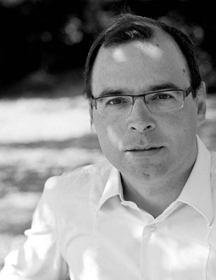 Mr. Willems has more than 15 years’ experience working in the technology industry. His career began in 1998 at speech technology company Lernout & Hauspie, where he held a project management position. Following this he moved to electronics giant Toshiba where he was Product Marketing Manager for the Benelux and later the European market Koen has a degree in English and Scandinavian Languages (University Ghent, Belgium, 1997) and a Masters in Marketing Management (Vlekho Business School in Brussels, 1998). He holds a Six Sigma Black Belt for product development and process improvement.  You may recognize Koen as one of the introducers and organizers of the popular Newtec webinar series and his article writings.

MilsatMagazine (MSM)
What is the general role for airborne ISR in today’s military context?

Koen Willems
Airborne Intelligence, Surveillance and Reconnaissance (ISR) is becoming the most important method for gathering information in military missions around the world. Operations need more intelligence to ensure accuracy and to ensure successful and correct decision making.

For one thing, missions are becoming shorter and more focussed with less of a role for ground forces. The recent Libya missions are a prime example of this. With little or no ground force intelligence available to verify airborne ISR observations and often a great need for precision information, there is an ever increasing reliance on the accuracy and detail of ISR data gathered by both manned and unmanned aircraft.

MSM
What are the general trends you see in the (airborne) ISR market?

During austerity times for governments around the world, airborne ISR activities continue to be seen as high value and of high importance. Whilst more and more ISR missions are being dispatched to collect and process information, they need to be achieved using the same levels of expensive satellite bandwidth once available for far fewer missions. There is a real squeeze leading to a trend for governments to use authorized Commercial-Off-The-Shelf (COTS) technologies to maximize on bits per hertz.

Different video technologies (HD, 3D, etc.) are sapping capacity on the satellite transponder. For example, a technology called the Gorgon Stare uses 12 cameras which simultaneously capture data to capture motion imagery of a wide area, perhaps even an entire city, to then be sent back for analysis at base. There are multiple other examples that are expensive in bandwidth, but priceless when it comes to the detail they provide, ultimately resulting in better decision making.

While contending with this increased demand for throughput, service continuation is essential and mission critical. During missions in-flight ISR aircraft regularly encounter fading conditions that disturb the transmission of video and data over satellite. Fading conditions can be caused by many different circumstances: the choice of satellite (inclined orbit, rain fade in Ku-, Ka- and X-band), interference (between two adjacent satellites) or blocking of antenna (wing, tail, mountain, tracking loss). If the satellite link were to go down, or the bandwidth were to drop, leading to the cessation of an important feed it would be unacceptable with potentially dire consequences.

MSM
What are the challenges encountered when flying ISR missions?

The network configuration is also atypical. There is the need for a higher volume of data to be transferred from the airborne vehicle back to control than vice versa. This is directly opposite to what one would expect from the set-up of a typical Time Division Multiple Access (TDMA) VSAT network. It is a phenomenon we call reverse trunking and is very similar to what you would expect to find in the star network for a satellite news gathering service.

Newtec has more than 27 years’ experience in video broadcast, high speed satellite data links and building networks that operate at optimal conditions under these adaptive and reverse trunking circumstances. In the past, governments only required smaller data rates, but because of the combined need for higher data throughput and budget restrictions, more and more governments are opting for CAPEX-friendly and more efficient COTS equipment. 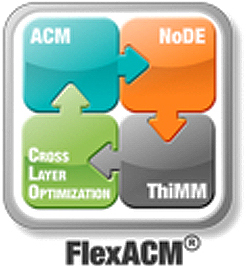 Of course, with these missions being of great sensitivity, and with it not always being possible to plan far in advance, quick and reliable implementation is a must. Everything from testing to programme rollout has to be completed quickly. This has to be balanced against the need to know that each piece of equipment is fit for purpose and reliable. All COTS products must therefore meet stringent certification criteria. We have products and solutions qualified for use in the continental U.S., with governments in Europe and around the world.

MSM
What are the functional requirements to enable successful ISR missions?

Koen Willems
Bandwidth, bandwidth and more consistent bandwidth. Through past implementations Newtec has seen requirements of at least 10Mbps data, video and voice feed to the ground and 2Mbps back up to the ISR airborne vehicle at all times. We can expect the required bandwidth to balloon in the coming years though, and we are ready for that.

Successful ISR missions also rely on the operation of point-to-multipoint networks, meaning multiple aircraft communicating on the network simultaneously. The networks must be compatible with IP and the commercial interfaces must be L-band. The certified hardware and technology must be easily transferable to any kind of airborne vehicle operated within a government’s fleet.

Also of utmost importance is an end-user interface that is easy to use. During an ISR operation, when split second decisions are being made, the operation of the interface must not be a constraint and has to be seamless. Even for personnel that do not have engineering degrees!

MSM
What technologies can be implemented to enable higher throughput and maximum service availability?

Koen Willems
Optimizing the data and video link between the ISR aircraft and the ground station is a continuous process that needs to take changing conditions into consideration at all times. Mission critical data needs to be transmitted even when fade has caused a reduction in bandwidth from its optimal level.

Cross-Layer-Optimization™ is a technology available to allow continuous interaction with acceleration, compression, bandwidth management and IP shaping technology. As soon as conditions change the link is auto-optimized following Quality-of-Service (QoS) and priority settings without the loss of data or even the whole link.

We have also developed the adaptive technology, known as FlexACM® which is integrated in multiple projects worldwide. Video and data rates can be doubled in the same bandwidth without the need to acquire extra satellite capacity. It ensures more efficient Beyond-Line-of-Sight (BLoS) communications. At the same time optimal service availability can be achieved in any fading condition to keep mission critical communications running at all times.

There is also the capability to auto-adaptively set the modulation parameters to the optimal point to overcome distortion, noise and variation in the satellite link. It is important to get as close to the zero margin limit as possible to ensure full use of the satellite link and limit wasted space. Using this technique, fading conditions no longer interrupt the transmission, nor result in the loss of video or data. In fading conditions the technology switches to more robust modulation and provides optimal availability, while setting priorities to enable mission critical services. As soon as fading conditions are back to normal it automatically switches back to maximum efficiency.

The kind of high data throughput required for ISR tasks are not optimized on a TDMA basis as is typical in a VSAT network. Single Channel Per Carrier (SCPC) is by far superior, operating in a point-to-multipoint network with feeds from different aircrafts being sent towards the hub.

MSM
What are the results when translating these technologies to real world practice and actual airborne ISR programs/missions?

Koen Willems
In real-world use, Newtec technology—including the EL501 IP Satellite Hub, EL470 modems, FlexACM® and Cross-Layer-Optimization™—has proven to increase the usable data rate by 30 to 50 percent on average, by converting the extra link margin.

The system is currently operational, supporting multiple aircraft. During testing and operation, the system has been successfully operated on multiple satellites, including Skynet 5A, 5C, 4E, XTAR-EUR and XTAR-LANT. Data rates from the aircraft to the ground terminal were maintained in excess of 10Mbps on each of these satellites, with ground-to-air data rates well above required levels, as well.