The defense space theater is rapidly evolving into a race for enhanced satellite capabilities in monitoring, analyzing and preparing Earth systems for potential support and direction from above. Adding to complexity, defense systems are coupling services of multiple satellite orbits for more accuracy, constant visibility and better, precise position, point accuracy. 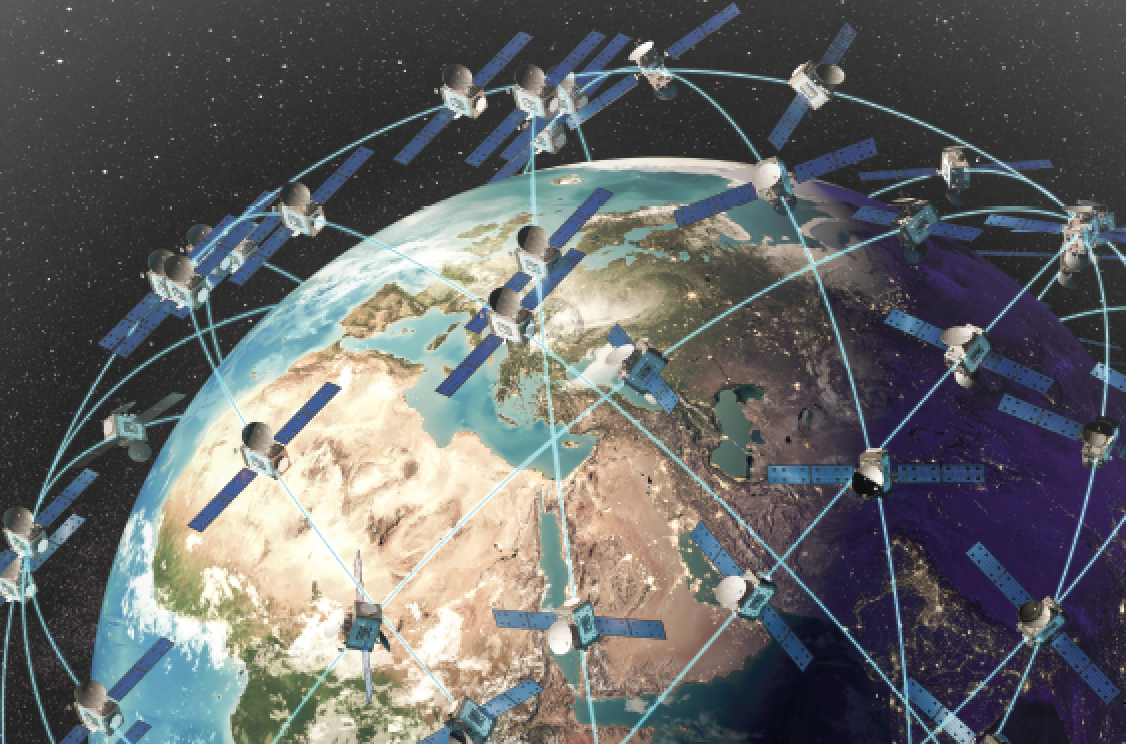 GEO satellites being used by the defense industry have the advantage of adding to multiple usage options when other satellite systems are active or in distress from contesting nations or other interruptive factors. GEO satellites travel parallel to the rotation of Earth and fly at the same speed, giving an appearance of being stationary above one point. They are, however, farther removed from Earth and offer a significant space reference point using far-star tracking for position management.

As GEO orbits are quite far above Earth, signal transmissions can be weaker and slower than the closer orbits of Medium Earth Orbit (MEO) satellites that are orbiting in the range of between 3,000 to 7,000 miles above Earth. 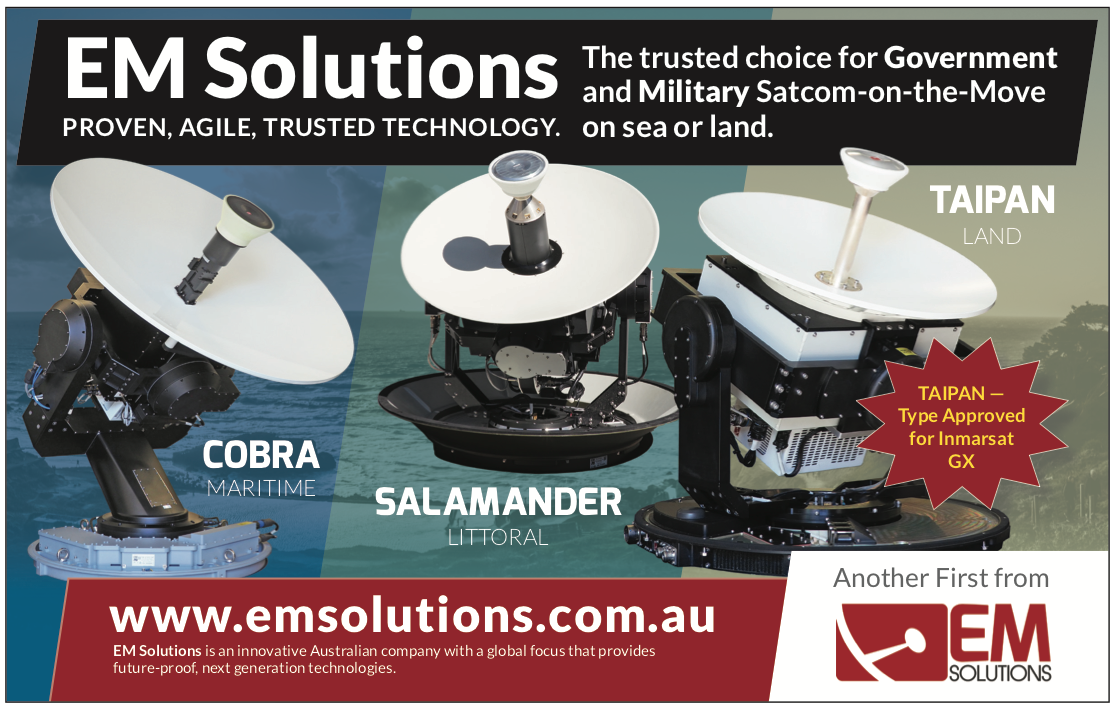 Based on needs for increased monitoring, high speed control and communications, our defense industry is using MEO and LEO constellations in a coordinated fashion, netting very rapid transmission speeds with minimum delay times in the tenths of seconds. As Earth proximity is a key to extending data speed, more digital information, military capabilities are greatly expanded.

Additional communication, direct control over autonomous vehicles and coordinated situational awareness is up to date. In addition, new equipment and defense systems are employed when immediately required. 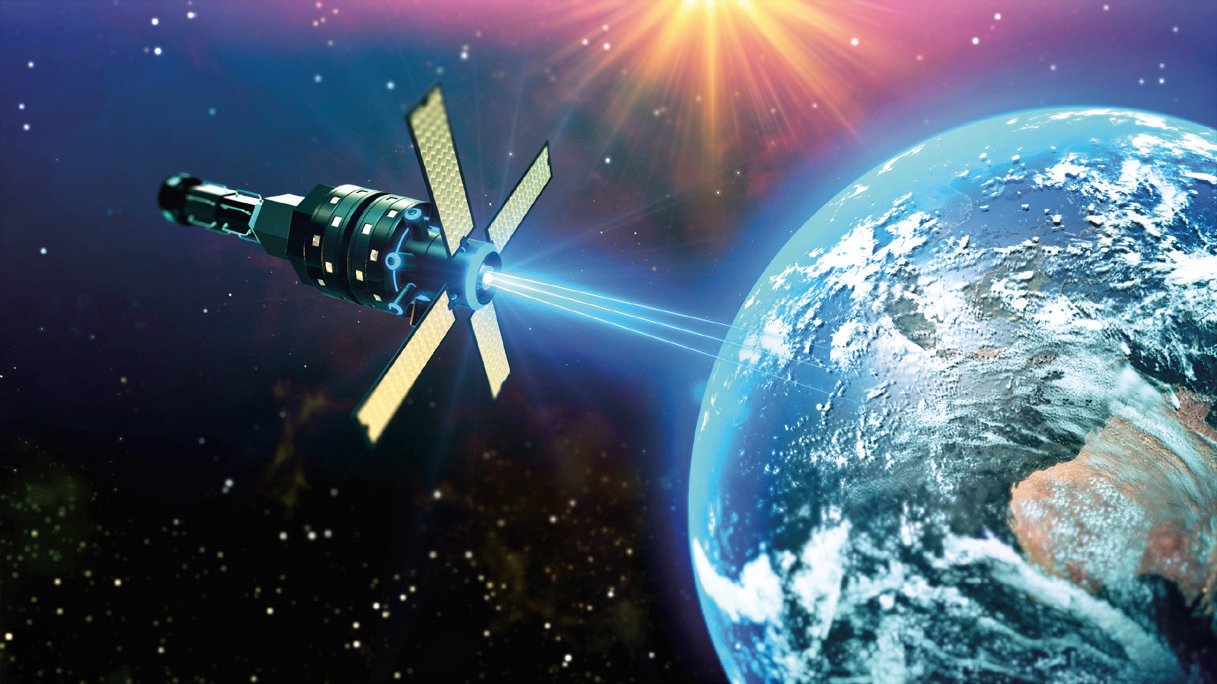 The amount of data being collected, processed, stored and transmitted is growing exponentially with advancements in remote munition control and autonomous devices. Newer defense satellites are deploying High Throughput Satellites (HTS) that handle more than 100 Gigabits/second. This is accomplished on high density chip systems that are programed to store and transmit data bits from selective cells that are separated from each other to avoid adjacent cell sequencing.

Older, cell radio transmission methods used cell storage systems and pulled data sequentially from across the array. Unfortunately, this method of pulling data from the adjacent points in the cell set causes co-channel interference noise because they are so close and burst effects transmitted to other cells, much like cross-talk in electrical circuit boards. 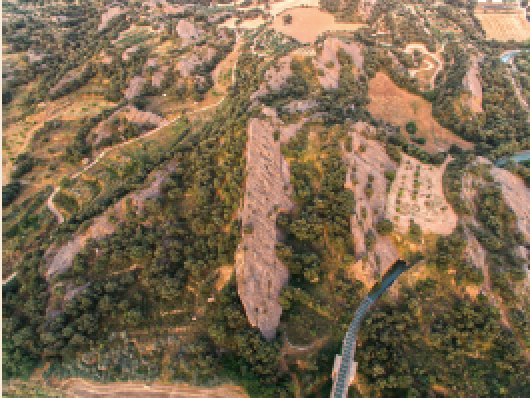 New signal modulation methods called “PAM,” or Pulse Modulation Signaling, employs the one signal burst as the carrier frequency, but it couples many signals on that signal. This is accomplished by starting the first signal at a voltage level of, say, 3 volts, that goes as high as 7 volts before returning to 3 volts. This is sometimes called non-return to zero (NRZ) signaling.

Immediately above that message another signal is set to start at 12 volts and swings up to 16 volts before returning to its base line of 12 volts. When managed well, the two signals run in parallel on the one primary carrier signal and do not couple across to one another.

A currently popular modulation process is called PAM-4 as is carries 4 simultaneous signals, giving the user 4 times the data transmission as when only one signal is transmitted. Additional transmission methods include multiple phase-shifting of multiplexed signals that can run on a similar principle idea.

Designers are developing methods to assist with transmission methods for space related quantum computing in ranges that can approach terabytes per second data transfer.

To handle these levels of multiple signaling techniques, military satellite communication (MILSATCOM) systems are applying highly modulated, laser beam communications from satellite to satellite, as well as down to Earth. Laser transmission is actually an integrated, optical communication method which includes a transmitter to encode messages into optical signals, a laser beam that carries the signal to its destination and a receiver to collect and reproduce the message from the optical signal. 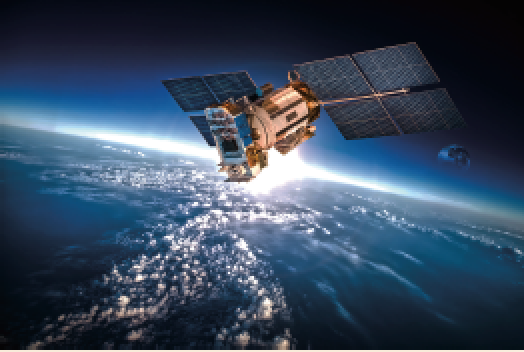 This is similar to the fiber-optic modems we use in our home for TV, with the signal modulated inside the beams of light from the laser. Advanced semiconductor lasers offer wavelengths thousands of times shorter than broadcast systems and operate in much narrower focus area.

Phased array positioning electronics directly control the laser beam focus to the exact position that the laser beam is targeted. By using a small amount of power and multiple target points in the general direction needed, a beam focusing nozzle is aimed electronically at one pre-determined point. This phased array process helps to eliminate the open-spray or circular image we are familiar with in standard weather radar patterns. (Portable phased-array radar on the battlefield employ a similar algorithm for precision point munitions control on Earth.)

Narrow beam focusing of laser transmission can be challenging, and demands excellent precision point aiming and accuracy. Additional studies are being made to potentially include laser beam point devices with new MEMs controlled, reflector mirrors that can add to hitting exact targets in key cases. The combination of using HTS data management at the chip level and the use of infrared light in laser transmission handles significantly faster data transmission than older radio waves with their high density wavelength patterns.

NASA has rapidly expanded their focus on using lasers in two ways. LEO orbits are close to Earth and Satellite to Satellite communication is faster because the distances are shorter. By using free-space, optical communication, (FSOC), new lasers transmitters exceed data transmission by 10 fold to rates of 5Gbit/sec to 10Gbit/sec. while achieving it with lower power and narrower focus than the older radio transmitting process.

In addition, a laser beam remains somewhat narrow in diameter and offers less noise and a more concentrated beam that is difficult for interception, except for the intended station. The stations on Earth receive more clean data faster compared to radio wave transmission, as well. 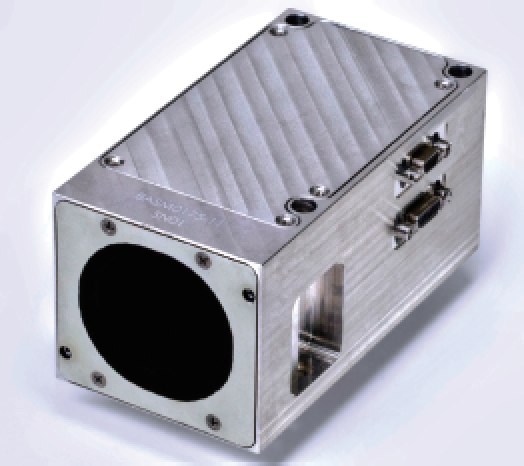 The BCT Star Tracker. Image is courtesy of the company.

Military satellite network success starts with surveillance and the collection of data and then transferring it from satellite to satellite within the orbital constellation, as well as in providing useful information to Earth.

The surveillance imaging systems face multiple challenges within the various environments they experience as well as in seeing what is below on earth. Defense satellite imaging cameras will need to detect and report a wide range of data, beginning with topographical altitudes, land vs water and mass foliage growth.

More challenging tasks include detecting military activities hidden within forests, under camouflage and facilities painted to appear as part of the landscape. Multi- spectral imaging cameras have been employed and do a fair job of collecting information by focusing on separated sets of red, green and blue imaging sensors plus one infra-red sensor. The sensors can attenuate the illumination of each set when needed to add resolution and clarity to images seen by the camera.

The frequency of each sensor set is somewhat limited to a range of 400 Nano- meters out to approximately 700 Nano-meters in wave length. They do offer improved images over standard visual spectrum lens cameras when the sets are kept separate and image data is processed before combining the final image. 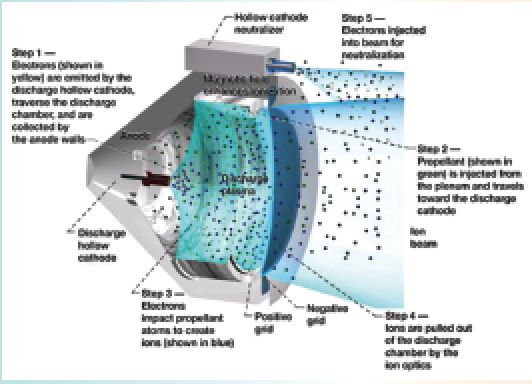 Multi-spectrum instruments can also be valuable for dark and or night vision systems with an additional set of infra-red sensors in combination with other application.

Electromagnetic signals are collected from ultra-violet, standard RGB visible range and on into the near infrared and/or the very short-wave infrared spectrum. As we know, spectrometry analysis systems such as this provide both color and light intensity or reflection that can indicate what materials the camera is observing.

When the military needs more exact information about devices, chemicals and even plating on metal devices, data can be collected by analyzing individual pixels while scanning over the entire surface area in view. Both overview scanning and or individual analysis methods are available with hyperspectral imaging systems. Using a combination of methods assist military surveillance systems the ability to see though camouflage netting and define various materials from metal to chemical storage in strategic arenas. 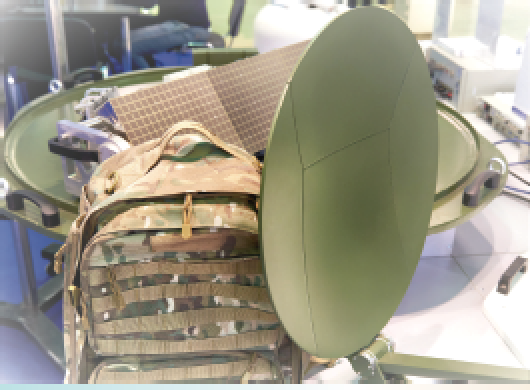 Precise positioning of satellites is achievable with the use of a star tracking unit. A well-established list of star positions can be maintained in data bases onboard the satellite and, in some cases, depending on optical quality and resolution of the tracker, it can refer to the onboard data that defines individual stars in relation to prerecorded patterns of those stars above.

It is critical that both LEO and MEO satellite positions relate to Earth as well as their coordinative positions with their constellation. As satellite size and weight continues to be critical, a number of precision optical sensor and detection companies have offered excellent on board satellite based star trackers. Working in conjunction with gyroscopes and the beam position of other satellites they help sustain device attitude as well as relative position.

Previously, cubesat’s had limited attitude position measuring equipment. BCT and JPL have developed a line of miniature star trackers while on projects such as XB3 and RAVAN programs for the NLAS 3U cubesat.

Today’s high resolution images are collected and measured in smaller instruments, such as the Blue Canyon Technologies tracker. This unit offers precision attitude position in a compact package weighing only about 500 grams and contains an on-board catalog of more than 23,000 stars. It can detect stars down to a 7.0 magnitude and helps set orbits at specific altitudes needed in a package designed for the small satellite industry. High reliable interconnects are used to send position and navigation data to other components within the satellite and back home to the control center.

Ion propulsion thrusters have significantly evolved and are small enough to assist satellites in sustaining both attitude in relation to Earth and for moving satellites into or out of its place within the constellation. 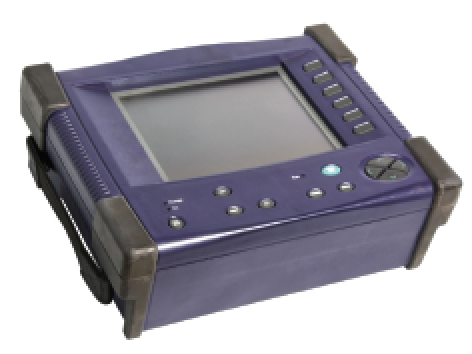 NASA explains they are using solar energy to focus electrons onto plated metal walls inside a thruster cavity. The heated metal emits ion plasma particles off the walls and become a propellant mass. The mass of emitted ions escape out of the chamber through a beam forming nozzle. The ejected materials offer a light-weight push away from the satellite and act somewhat similar to a jet thruster. Note that smallsat thrusters are designed for minimal correctional attitude adjustments and slow movement within its area. Larger and more dynamic systems are needed for rapid movement and long range travel.

Receiving Signals From Above

Today’s MIOT, (Military Internet of Things), must assist in control of a multi-domain battle situations by providing surveillance, communications, precision mapping and distance data, as well as munitions guidance.

Orbiting satellites armed with new sensor technologies and sensor data analysis will be sent down to individual warriors for constant monitoring and reporting of personal to functional information about the dismounted warrior. Digital data and instructions are modulated by optical modulation devices, similar to those used in fiber-optic transmitters, to carry large volumes of higher speed digital signal information and process that data onboard the satellite. The data are then sent directly to warriors below or forwarded onto other satellites within the defense constellation, as needed.

A critical element for coordinating our dismounted and on-ground defense teams is in receiving the signals from above. Highly portable and rugged antenna must fit well on-board the warrior as well as have the ability to survive extreme environmental exposure as well as the wear and tear of action on the battlefield.

Low weigh portable antenna receivers are being adapted to include inflatable and personal worn devices similar to optical reflectometers used in testing fiber signals. Current upgrades are evolving to support troop command and directions from satellites. Developers of the One System Remote Video Terminal (OSRVT) pack by Textron and the U.S. Army are in final design and are currently being tested on the ground.