For decades, the most secure and protected U.S. military satellite network has served both a strategic and a tactical purpose. 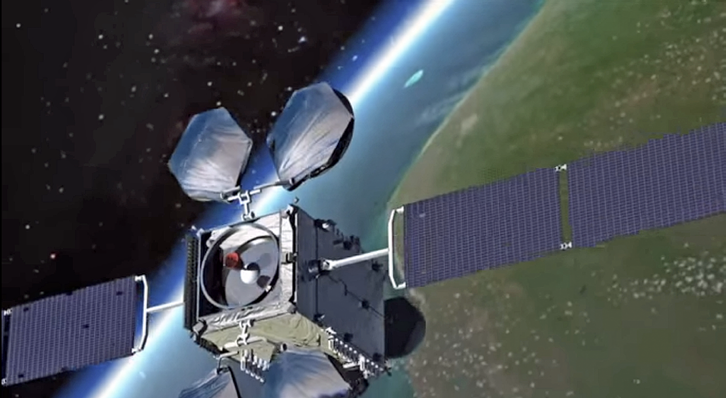 But now, with space becoming a more contested and militarized theater, there is an ongoing conversation within the DoD to separate—or disaggregate—the strategic and tactical functions of the Advanced Extremely High Frequency (AEHF) satellite constellation.

So far, three of the planned six AEHF satellites have been launched to replace the aging Milstar constellation. Both constellations have the strategic role of maintaining command and control communications in the event of a catastrophe such as nuclear war and a tactical role of transmitting communications and data to and from areas of military operations.

The disaggregation of these functions would better protect the DoD’s capabilities in space. A recent Space News article explained:

“During that [study period], the Air Force and the broader national security space community it serves have been debating the value of disaggregation: spreading critical space capabilities among batches of smaller, highly specialized satellites instead of building a handful of super-expensive “exquisite” satellites jam-packed with top-shelf features. Proponents argue that presenting an enemy with numerous lower-value targets instead of a much smaller number of high-value targets would make it harder to degrade the U.S. military’s space-enabled battlefield advantages.”

There are other important benefits to separating the strategic and tactical roles of AEHF. Moving the tactical function to different satellite payloads would enable the DoD to take advantage of technological advances in commercial SATCOM capability. Separating the two functions also makes sense because the strategic role of AEHF is more difficult and expensive to perform.

For example, the strategic function of AEHF still relies in part on the aging Milstar satellites, first launched in 1994. Those satellites were designed in the 1980s, and don’t begin to approach the performance of modern SATCOM networks.

Putting the tactical function on other satellites would also give the DoD an opportunity to encourage collaboration with both the commercial industry and allied nations.

These points were made by Douglas Loverro, U.S. deputy assistant secretary of defense for space policy in an article from Aviation Week from statements he made during the MilSatCom USA conference in Arlington, Virginia, organized by the SMi Group of London, earlier this year:

“Interoperability is most easily achieved when established as a requirement in a program’s early stages, says Douglas Loverro… With the U.S. and its closest allies preparing to spend more on their respective military satellite communications fleets in the next decade, there is an opportunity to cultivate greater compatibility across these systems. That is going to provide a much better capability than anything we could do individually, or if we share after the fact."

There is certainly precedent for taking a collaborative and innovative approach to tactical SATCOM. The Australian Defense Force (ADF) turned to Intelsat General for a UHF hosted payload aboard IS-22 launched in 2012.

There is funding in place that could potentially be used for separating AEHF. The Air Force’s Pathfinder program is an effort to purchase commercial SATCOM capacity in more efficient ways. While future Pathfinders are not yet fully defined, they are fully funded: $30 million in fiscal year 2017; $41 million in FY2018; and $50 million in FY2019.

The decision on whether to separate these two functions on separate satellite payloads is expected by year’s end. There are elements of space communications that should be entirely in the hands of the DoD.

The strategic function of AEHF certainly belongs in that category. Yet there are others elements of SATCOM where the DoD could do a much better job embracing the superior flexibility and performance of commercial technology.

As is often the case when it comes to change, the challenge is cultural more than technical. Loverro admitted as much in the Aviation Week article: