In April of 2008, the Department of Defense created a new Task Force empowered to significantly improve ISR capabilities in Iraq and Afghanistan.

The unconventional nature of the wars in both Iraq and Afghanistan demanded persistent and pervasive ISR capability. A key component of this ISR capability is airborne networks, which include sensors and communication systems capable of simultaneously delivering real-time full-motion video (FMV), Signal Intelligence (SIGINT) and Communications Intelligence (COMINT) to field and command personnel. These diverse sensor capabilities operating on airborne platforms are seen as critical to the success of counterinsurgency operations. They also demand high bandwidth communication links from ISR aircraft to users.

This article describes some of the challenges and solutions to delivering multi-megabit per second ISR sensor data from aircraft to Beyond-Line-Of-Sight (BLOS) locations. Specifically, this article will discuss the benefits of a software-based approach to end-to-end satellite Comms-On-The-Move (COTM) networking.

Limitations Of Historical COTM Solutions
L-band MSS (Mobile Satellite Services) providers have offered COTM solutions to commercial aviation and maritime markets for decades. These COTM offerings have been adapted to Government and Military markets from the commercial side. The challenges of using commercial MSS services for ISR platforms include:

– Network congestion, which is a common occurrence with the shared nature of public networks

Since the licensing of Ku-band FSS (Fixed Satellite Services) for COTM services, however, there has been a growing interest in applying this broadband satellite technology to military applications. This is due to its capability of delivering higher data rates and greater network capacity at a much lower cost. Some of the challenges to widespread deployment of Airborne Ku-band FSS COTM solutions in military applications include:

– Systems adapted from the commercial side are aircraft download-centric and don’t meet ISR requirements for increased upload speeds.

– The availability of appropriate commercial satellite capacity covering hotspot locations to support the warfighter, especially in remote and rugged forward-deployed terrain is limited.

– The ability to transmit and receive FMV in High Definition (HD) video formats, especially in critical ISR missions across the globe is limited by the capabilities of on-board equipment currently deployed.

– The need for a network-centric system that is capable of delivering reliable and secure video, voice and data “on the move” to the battalion and company levels with reachback capabilities to the divisional level and Continental United States (CONUS) headquarters. 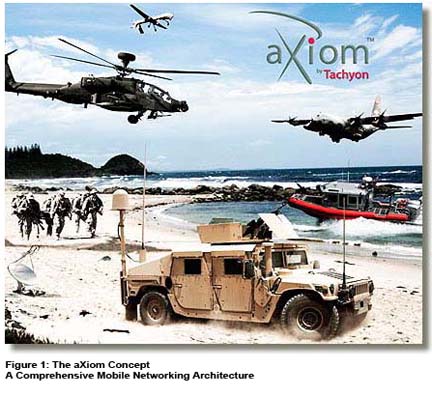 Understanding Military Airborne Networking Requirements
In working with the Department of Defense (DoD), prime contractors and the United States military, Tachyon was able to better understand and address a broad set of Airborne networking requirements. A few such requirements are listed below:

– BLOS Communication systems must be able to handle multiple high data rate applications simultaneously, such as FMV in HD along with SIGINT and COMINT.

– A global commercial satellite footprint is necessary to ensure worldwide coverage as required, especially in active hotspots, and specifically in the current war theater.

– Airborne communications should achieve seamless interoperability with existing land mobile and maritime communications systems. Preferably, the Airborne COTM solution should be adaptable to the forthcoming Joint Aerial Layer Network (JALN) layer so as to provide required connectivity to air, maritime and ground users in permissive, contested and anti-access threat environments for sustained and surge requirements.

– Link integrity, accuracy, resiliency and availability of Airborne COTM systems in accordance with FISMA/DIACAP guidelines are absolutely critical and of paramount importance to mission success.

– The implementation timeframe for an Airborne COTM solution must meet the needs of each DoD initiative/program, which in some cases, can be very near-term (months not years).

In response to the urgent requirements of the US military, Tachyon has designed and implemented the aXiom 7300 Integrated Mobile Airborne Network.

Figure 1 illustrates the Company’s mobile networking vision and how such fits into the US military’s requirements listed above.

aXiom end-to-end (E2E) managed network solutions are designed for operation over air, land and sea and incorporate a VSAT mobility architecture that can be tailored to deliver a high-quality custom offering with the following elements:

– Connection to the corresponding satellite hub/teleport, which in some cases is built from scratch 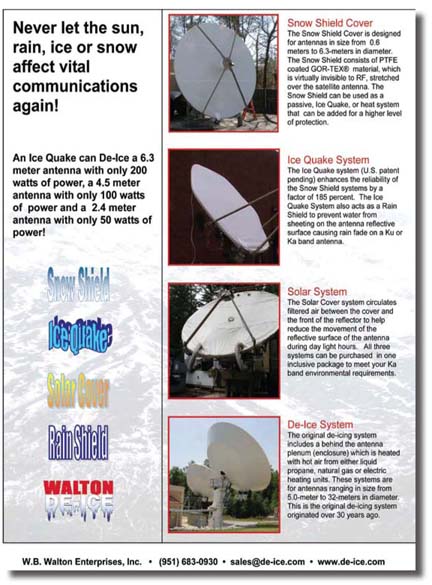 – Acquisition and deployment of satellite capacity as required by the COTM application; and, Technical support, training, and maintenance on the use of the E2E network or equipment as contracted

– Satellite hub/teleport interfaces on the ground, which correspond to any or all of the above-referenced remote terminal hardware and includes the aXiom Services Platform (ASP) Worldwide space segment used by the COTM terminal regardless of operating spectrum or frequency band, namely, Ku-, Ka- or X-band with significant availability in critical areas such as the AfPak Theater

– An integrated virtual machine host in the aXiom terminal enabling customer-specific applications and services, including virtual network hosting with customer-specific routing, tunneling, quality of service (QoS), and so on

The Fundamental Philosophy
Figure 2 on the next page illustrates the on-board components of the aXiom 7300 Airborne Network solution. The ASP is an extensible software platform — the embedded intelligence — at the heart of all aXiom network solutions and is used across all of Tachyon’s remote COTM terminals and hubs. The ASP enables Tachyon to deliver managed services across the entire OSI layer stack, from the antenna and hardware beneath the physical and link layers, through to the application layer. The Linux-based ASP client resides within the remote COTM terminal on-board the Airborne platform and interoperates seamlessly with ASP servers at the corresponding Earth stations and teleport gateways. 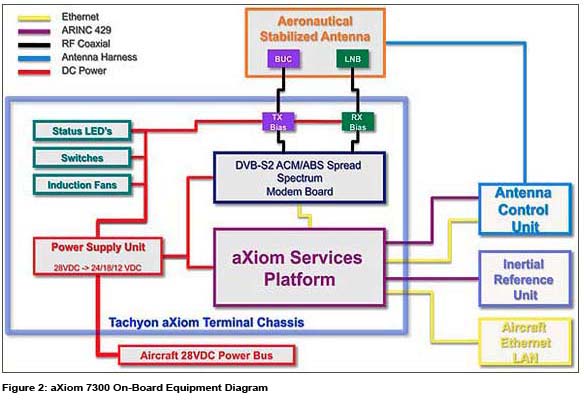 – Advanced functions for monitoring, reporting and control, including both real-time reporting and capture and analysis of historical performance and trends, both at the NOC and locally by the customer.

In addition, the ASP image is engineered into all of Tachyon’s COTM terminals via VM Ware installed on a Linux server. New releases of ASP software reside alongside the existing release on an adjacent Virtual Machine. This feature offers two critical benefits including, ensuring that the ASP is completely stable in a transition from one release to the next, and that the ASP is readily transportable to different hardware platforms. This ASP feature empowers the customer with seamless deployment of new capabilities and a very high degree of reliability and flexibility.

The ASP also enables another key feature in Tachyon’s suite of E2E solutions — it provides for sophisticated management, monitoring and reporting with a range of analytical tools. This set of tools provides much greater visibility into the historic and current performance of the network than is currently available from most other service providers. This feature enables Tachyon to operate and manage remote networks more efficiently, and to provide customers with unprecedented visibility into their remotely deployed assets. 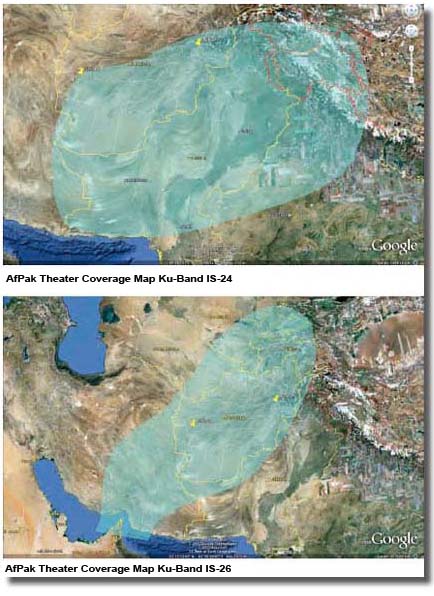 The use of VM Ware in the ASP maximizes the use of remote upgrades. Taking the needs of the forward deployed warfighter into account, the ASP comes with a web-based GUI for local and remote command, control and configuration of on-board modem, router, antenna, as well as, the ACU and IRU in the airborne domain.
The deployment of a successful Airborne COTM Network relies on an unwavering focus and dedication to executing each and every step of the total E2E solution, which includes the following:

– Training: Educating military personnel in the field in the operation of airborne satellite systems

The Company implemented its first Airborne networking platform based on an initial version of its aXiom mobile network architecture for the U.S. military in the AfPak Theater of operations. Tachyon was commissioned to design, build and operate an Airborne network in Afghanistan, by integrating third party terminals aboard C-12 aircraft, to deliver video imagery to commanders on the ground. Tachyon’s E2E solution met the U.S. military’s short but demanding list of requirements:

– Need for a proven solution with a small form factor terminal that is light, low-power, fits in a compact space, and minimizes resource consumption.

– Need to deploy an E2E network incorporating the Airborne-networking platform on a turnkey basis.

– Need for integrated infrastructure/hubs for air, land and sea operations. 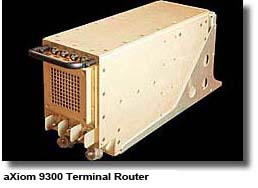 Later, in April of 2010, Tachyon also successfully demonstrated its aXiom 9300 Airborne Terminal by streaming full motion video, with sustained return (upload) data rates of 2 Mbps, in flight. The outcome of this effort was the aXiom 7300 Integrated Mobile Airborne Network solution incorporating the aXiom 9300, and which, using stationary and inclined orbit spacecraft, streams live full-motion video at data rates of 2 Mbps for display in real time on HD monitoring terminals on the ground.

Today’s broader Government/Military market has an urgent need for E2E managed network services and equipment that can deliver voice, data, high quality HD FMV, SIGINT and COMINT in real-time and while on the move — all of which are accomplished in the aXiom 7300 solution.

Peter Carides possesses more than 28 years of experience with a proven track record in the international wireless telecommunications and satellite industries. At Tachyon Networks, Carides lead the company’s turnaround, from a loss of $12m to a profit of $9m over the past six years. Overall, the company’s revenues have quadrupled under his leadership and it has been profitable and self-funded since 2007.

Service coverage areas have also been increased, new products have been developed, and more than a dozen new Fortune 500 Enterprises and government agencies have become satisfied customers.

As CEO & CTO, Peter has personally spearheaded the integration of aeronautical, land mobile and maritime capabilities into the company’s solution matrix, resulting in the aXiom 7000 Series of Integrated Mobile Network Solutions and the aXiom 9000 Series of Aeronautical Communication Routers. 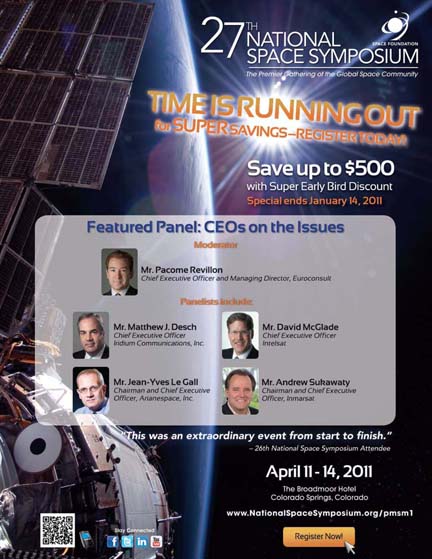