Whether it’s the ongoing war in Ukraine or the growing tension surrounding Taiwan, the prospect of unrest between ‘East and West’ has not been this intense for decades. Russia’s full-scale invasion of Ukraine in February marked a dramatic escalation of the eight-year- old conflict and a historic turning point for European security. In addition, China’s decision to resume military drills off Taiwan, following Nancy Pelosi’s visit in August, sparked concern regarding the status of the island and China’s intentions.

Given this ongoing instability, governments around the world are looking to bolster their defenses in terms of military and intelligence capability, as well as investing in satellite technology that is designed to ensure secure data transmission across vast areas of the land and sea.

The world is changing — how is this impacting the intelligence community and their approach to data security?

Since the 1950s when the first government satellites were launched into space, with the U.S.’s Vanguard 1 providing the first-ever measurements of Earth’s outer atmosphere, SATCOM technology has been relied upon for surveillance, military communications and intelligence gathering. Fast-forward 70 years and, while these three elements are still vitally important, the manner in which governments are using satellites has completely evolved — largely driven by the demand for data, Internet of Things (IoT) and 5G.

As seen across many industries, this shift in behaviour has created an opportunity for hackers and criminals to exploit any weak points in the network to their advantage. For example, criminals were able to hack into a Massachusetts- based HVAC provider’s system last year, remotely accessing a number of its client’s systems. These clients included the Boston Children’s Hospital.

While Boston Children’s Hospital issued a statement acknowledging that one of their vendors had encountered a security compromise to their network environment and played down the threat, this example highlights the security risks associated with all devices that rely on IoT to function.

Similarly, a series of high-profile cyber attacks during the 2016 and 2020 U.S. elections were experienced, with Russia, China and Iran accused of interference. Microsoft warned of an escalation in the efforts of foreign activity groups, specifically highlighting the activity of Russian hackers from the Strontium group, while Google also stated the company had detected cyberhack attempts by China and Iran.

Why do many governments choose to always access their network remotely? How does this impact risk?

While the RF devices in themselves aren’t vulnerable to attacks of this nature - and wouldn’t make particularly fruitful hacking targets — in the current climate anything that touches the network has to be secure.

Interestingly, we have found that between 70 to 80 per cent of ETL customers access their equipment remotely. There are two main drivers behind this strategic decision. The first is that a large number of government facilities employ foreign nationals. Should any of these individuals harbor negative intentions, they could, potentially, access any equipment stored locally. Secondly, as you have more people exposed to and able to access the network, the risk of someone being compromised naturally increases.

While our products would not be considered ‘network management’ tools, if they were not secure they could still become a ‘weak link’ and used as a means for someone with bad intentions to access the overall network — as demonstrated in the Boston Children’s Hospital example.

What drove the decision to establish a new security standard?

With this in mind, a number of new precautionary security measures have been introduced over recent years and we continue to ensure that our new products have these protocols inbuilt. The Intelligence Community introduced a new mandate that any device connected to their network had to use secure protocols, namely SNMPv3 and HTTPS. The defense sector soon followed, requesting secure communications protocols for any networked device operating at a government facility.

SNMPv3 (Simple Network Management Protocol Version 3) is an interoperable, standards-based protocol used for access control and authorization. Products developed more recently provide additional safety features such as the option to disable unused protocols and password complexity enforcement, as well as enforcing a restriction on the number of login attempts. HTTPS (Hypertext Transfer Protocol Secure) is used for secure online communication and encrypts data in transit, safeguarding against eavesdropping and tampering.

The ground stations where RF signals are received, converted and redirected are also growing in complexity, with the majority now remotely operated and controlled via Ethernet — another key driver in the widespread adoption of secure protocols like SNMPv3 and HTTPS.

Take-up of products using the new secure protocols is already high and the expectation is that this will increase in the face of the aforementioned global instabilities. While North America remains the largest market, ETL products are shipping worldwide and commercial satellite operators are likely to follow suit and request the same enhanced network security. When this happens, the worldwide adoption of the technology will increase rapidly.

Why does the SATCOM infrastructure need to be future-proofed, given the issues outlined above?

It’s not just a case of looking at the here and now — future-proofing the network is essential. With its higher frequencies, larger bandwidths and increased spectral efficiencies, Ka-band is now used by the military to ensure its data demands can be met. Similarly, given the rate at which societies generate and consume data, device capabilities must increase in parallel – not just to transmit that data, but also to process it into usable information in a timely and secure fashion.

Leo Satellites and the Future of RF Connectivity

There’s another significant reason why the company’s remote capabilities are set to increase and that’s due to the advent of LEO satellites: these huge ‘constellations’ will be at altitudes ranging from about 700 to 3,000 km. above the Earth’s surface. As the satellites orbit relatively close to the Earth, with a limited field of view, larger numbers are needed to achieve global coverage. Accordingly, specialist tracking antennas are needed on the ground to ensure seamless connection, coordination and control of these satellite networks. 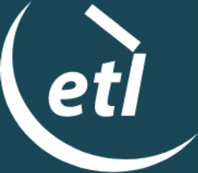 We’ve all read about the likes of Telesat, Starlink and Project Kuiper: next- generation tech businesses are clamoring to deliver low-latency, high-speed broadband worldwide. However, as well as helping the world get closer to 100% internet access, LEO constellations can also offer 100% worldwide surveillance and imaging coverage. The U.S. Department of Defence (DoD) has already contracted Elon Musk’s SpaceX Corporation to develop a prototype rocket propulsion system and it’s likely that, in the near future, the U.S. government will entertain using LEO constellations for surveillance purposes, probably by contracting to one of the major players but operating their own sites on the ground.

In a world where information and data are the new bullets and rockets, government agencies must ensure that all aspects of their network are highly secure. Whether that’s the simplest of L-band splitters, or a more sophisticated matrix switch, those with ill intent should not be given any opportunity to access the network. 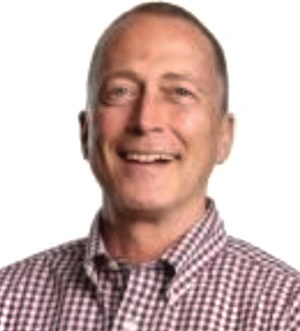 As remote operations continue to become the norm and the RF ecosystem grows in both complexity and size, the security of intelligence and military communications is paramount.