Helicopter operators providing emergency medical services (EMS) are currently fighting a safety battle. More so than any other aviation services provider, the pressure to fly when the conditions are less than ideal is extreme as lives are usually hanging in the balance. Unfortunately, the accident rate for these operations is significantly higher than others and the industry, encouraged by governments and industry associations, is working feverishly on many fronts to improve their record. 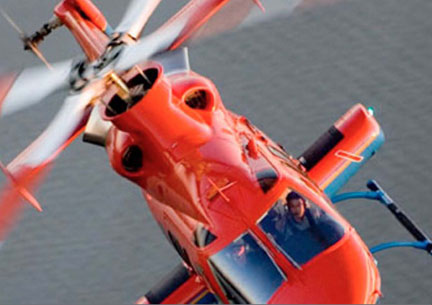 Aerial fire fighting has a similar challenge. While the pressures to fly might not be as extreme as EMS, they are still relatively high as are the risks associated with flying in confined areas, close to major fires with their resulting contrary winds and reduced visibilities.

From an administrative point of view, both EMS and aerial fire fighting operations are flown for public clients. These clients need to be able to audit operations and to know where their aircraft are at any given time. In many situations, the clients are insisting on automatic flight following (AFF) to provide real-time tracking and data monitoring as the bulk of the operations take place outside of normal air traffic control (ATC) radar coverage. The most common requirement is for a position report every few minutes including latitude, longitude, altitude, speed and direction along with Out of the gate, Off the ground, On the ground and In the gate (OOOI) times for the flight. More elaborate requirements can include the real-time reporting of exceedences (such as airspeed, bank angles, engine over speed, engine over temp, etc.), two-way text messaging and even voice and video.

Guardian Mobility Corporation wanted to respond to this requirement by developing a real-time tracking, data capture, communication and data management system. The goal was to provide a valuable service to support increased safety and efficiency for these (and other) operators. The high-level system design process is described in the following sections.

Communication Network Band Selection
Aircraft trditionally use VHF-FM radio (118-136 MHz) for communications and L-Band RADAR for tracking, both of which are limited to line of sight. As EMS and fire fighting operations take place at lower altitudes, range is severely limited. Similarly, the terrestrial wireless networks don’t have coverage in the operational areas leaving satellite as the only viable method to provide the reliable communications in the remote valleys.

The data rate required for this sort of task is fairly low (a few dozen bytes every few minutes) which is an advantage because helicopter mounting considerations favor small antennas. Also, as weight is always a factor, low system weight is of prime importance. A system resistant to weather effects is also highly desirable. This all leads to an L-band system as they are resistant to rain fade. Furthermore, combo antennas are available that include the required GPS and the comms antenna in the same package. In fact, there are triple antennas available that include a second comms antenna should a voice channel be required as well as the one for data. This greatly simplifies the installation and further reduces weight.

Antenna location on the aircraft is another constraint. Typically, the only available real-estate that has a clear view of the sky is the engine cowling (known as the “dog house”). Unfortunately, this location is subject to high vibration, temperature extremes and electromagnetic interference

Extensive field experience has shown that this harsh environment does not affect L-Band systems at all. Even though the width of most helicopter rotor blades is similar to the L-Band wavelength (19 cm), there is no discernible impact on system performance due to blockage. 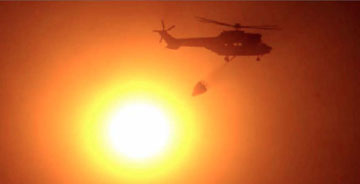 Network Provider Selection
There are a number of L-band service providers in the marketplace, including both GEOs and LEOs. The drawback for all GEO systems is that coverage degrades towards the Poles. While all LEOs can, in theory, cover the entire globe, other network issues (ground station locations, licensing, and so on) can conspire to reduce the effective coverage below 100 percent. Iridium, with their inter-satellite links, can provide truly global coverage without needing ground stations around the globe. This simplifies licensing as well. The network also supports data and voice. Small radio modules are available so that value-added manufacturers can easily integrate this communications capability into almost any application.

Overall Application Design
Back-hauling the data to a management center is not the end of the task. The aircraft position data, both current and historical, must be presented on a map in clear and concise manner. The status information must be both displayed in an interactive tabular form and made available to other, existing applications such as aircraft logs, maintenance tracking systems and billing packages. 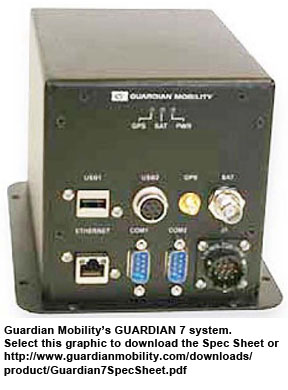 Guardian Mobility has developed a system using the Iridium network, a series of on-board sensors and communicator packages and a suite of “back-office” applications that can efficiently display and archive this data. The simplest on-board system, while still being compliant with government AFF requirements, consists of a GPS and the Iridium communications subsystem. The back office system can still infer take off and landing times for rudimentary log-keeping. The most capable system adds a number of sensors and an on-board processor to detect critical parameters. Exceedences are communicated in real-time to alert maintenance and operations staff to issues that may need correction when the aircraft lands. The back-office applications also provide an open platform to allow the exchange of data with other applications such as maintenance tracking, billing and flight time and technical logs.

Using these flexible and expandable Flight Data Monitoring (FDM) and Engine Trend Monitoring (ETM) tools, operators can build a system to support their Safety Management System, a government-mandated initiative to make operators responsible for the safety of their operations. Guardian Mobility is providing a flexible open platform that can be adapted to any size operation using almost any kind of aircraft so that they can be pro-active in improving safety. 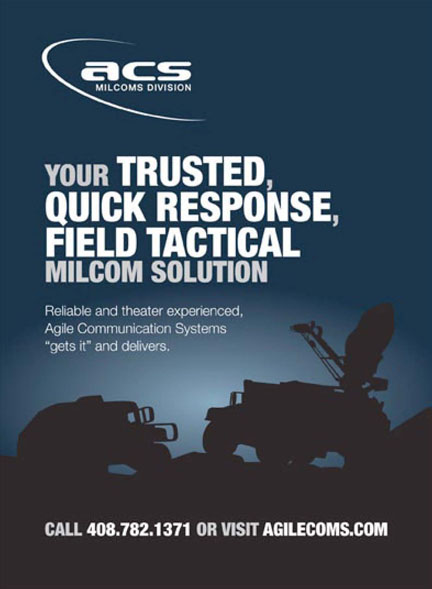