A few weeks ago, senior military decision makers and leaders joined industry thought leaders and executives in Crystal City for the annual C4ISRNET Conference. This year’s event was the 18th annual conference and, as in years past, the focus was on the networks and IT systems that are making the military more connected, aware and capable in-theater. 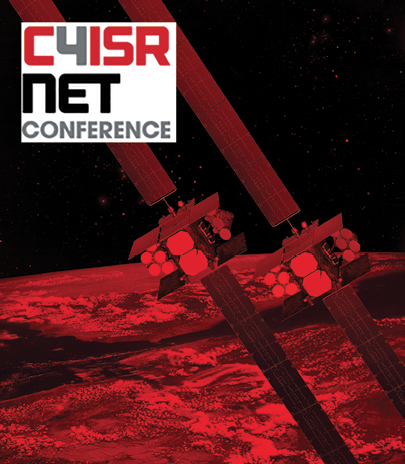 While much of the discussion at this year’s conference was focused on new, disruptive technologies the government and military are looking to embrace on-base and in the field — including mobility, IoT, AI and Big Data ­— there were two other incredibly poignant and important trends identified that are occurring in space.

These trends were identified and discussed during a panel discussion entitled, “Capitalizing on the commercial space renaissance.” The panel was moderated by C4ISTNET Editor, Mike Gruss, and featured a list of space experts, including:

What were the trends? The first was the advent of a new space renaissance, and the second was the potential resurrection of the Space Race, which dominated headlines and stretched the imaginations of people around the globe for a large part of the 20th century.

Let’s look at each of these trends individually, although they are inherently linked.

A new Space Race?
It was just a little more than half a century since the United States and the former Soviet Union were working to out-science and out-spend each other in an attempt to make it into space and onto the Moon first.

Now, 62 years after Sputnik, the starting gun may have been fired to begin a new Space Race. And it’s no longer being run between two parties.

For much of the past few decades, space has been a benign environment for the United States. We have utilized it to deliver capabilities and communications to the warfighter without a significant threat to our space assets. But, as Pete Hoene pointed out, “Space is not a safe haven…it’s a warfighting domain. Right now, China and Russia threaten our actions in space.”

This is a problem for the U.S., which has historically enjoyed a technological edge over adversaries thanks in large part to its space assets. However, with the emergence of threats in space, and with adversaries once again investing and innovating in space capabilities, that technological edge could be evaporating.

This was well articulated by Colonel Steve Butow when he said, “…we use technology as our offset. If we lose our technological offset, we have to fight a fair fight, and that’s not what we want to do. We want to have technological capabilities that keep us in a dominant position in all domains.”

This is where the commercial space and satellite industry could help, and where the next trend, the new space renaissance, could factor in.

Today, satellite owners and operators are rapidly expanding constellations, introducing new satellite technologies with drastically increased throughputs and putting satellites in new orbits. And this is all creating new capabilities and tools that the government can implement and thereby reap the benefits.

As Mr. Hoene explained, “Sixty-two years ago, Sputnik was launched and it created the biggest space race we’ll ever see between the U.S. and the former Soviet Union. In the following 50 years, we spent a lot of money in the U.S. government. Over the past ten years, what we’ve found is that commercial has taken over in terms of investment and innovation.”

The introduction of these new technologies and new orbits means that high-throughput satellites (HTS) are now available on orbits closer to the Earth’s surface — including MEO and LEO. The result are incredible throughputs and bandwidth with significantly lower latency since the signal has to physically travel a shorter distance.

Not only can these new satellites meet the high-bandwidth, low-latency requirements of today’s innovative IT solutions, they also have the added benefit of helping increase the resiliency of America’s satellite infrastructure through disaggregation and diversification.

As Mr. Hoene explained, “Think about how that would confuse and complicate the enemy’s targeting calculus if you’re looking at 150-plus satellites [operated by commercial owner/operators] as well as the ten WGS satellites. Then think about a multi-orbit approach, where you have LEO and MEO in play and how that can help with overall resilience.”

This ability to increase capacity and resiliency has many military leaders and industry executives advocating for a military satellite network architecture that incorporates both military assets and commercial services. And, based on the following from James Comfort, appears to be the future direction for the military: 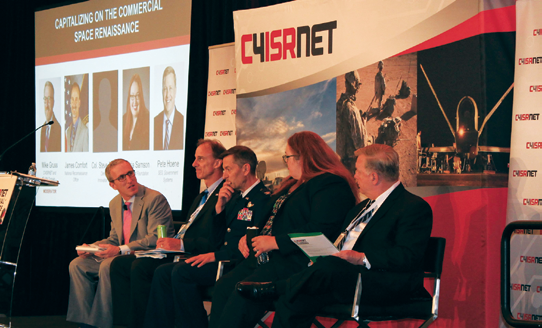 Exciting talks of improved resiliency through a combined, integrated architecture are only superseded by the potential for innovation. The speed of development in the space industry drastically outpaces the development within the government and military.

This stark difference in pace of innovation was laid bare by Mr. Hoene who explained, “It takes [commercial providers] two to three years to identify the requirements for a satellite, get it on a launch pad and get it on orbit. The hosted payload, CHIRP, which was hosted on one of our satellites took about three years from contract award to on-orbit capability. The commercial space community…is able to turn around things in a couple of years when purpose built systems for the Department of Defense could take eight to ten years.”

By embracing commercial solutions and integrating commercial into the military’s space architecture, the government is expediting its speed of adoption for new, innovative satellite technologies.

This means that commercial technologies, solutions and services could give the technological edge back to the U.S. military in today’s Space Race. But only if they can acquire commercial solutions in an efficient and timely manner.

Unfortunately for the United States, the near-peer adversaries that we’re currently racing against are gaining on us. But the U.S. government and military could have an ace up their sleeve in the form of the commercial satellite industry, which is currently innovating and advancing space and satellite capabilities at a breakneck pace.

Peter Hoene said, “If there’s a way to share some of the threat requirements and demand signals…[commercial SATCOM providers] can get the investors in our companies to pursue new and innovative capabilities to meet emerging U.S. government threat characteristics.”

However, to take advantage of those capabilities, the government will need to overcome some familiar challenges — including acquisition and spending challenges that have been bemoaned by the satellite industry for years. Challenges that our adversaries don’t necessarily face.

The Bottleneck
Keeping the military’s technological edge is becoming increasingly difficult. The United States simply doesn’t play by the same rules as its adversaries.

While the United States has a clear delineation between the private companies spearheading innovation and the country’s government, military and national defense organizations, adversaries such as Russia and China do not. Our adversaries also have less stringent oversight on spending and fewer hurdles keeping them from acquiring the technologies and solutions they need.

As Col. Butow explained, “[The United States] work[s] in one-year steps. Our adversaries don’t. They want it, they buy it and employ it tomorrow. If we’re too late for the FY 2020 [National Defense Authorization Act], we’ll have to get it in 2021.”

Combined, these factors could contribute to the United States running a Space Race against extremely advanced, near-peer adversaries with its legs bound. And while the country may have enjoyed a head-start, the restrictions and limitations that it uniquely faces could have the other runners breathing down our necks in no time.

The problem was explained by Victoria Samson, who said, “There is a recognition over the past couple of decades that the way that military space has been developed and acquired is not current…the government is trying to figure out how we handle that. We see that in Congress right now. The appropriators want one thing, the authorizers want another. They’re probably not going to get it sorted anytime soon. It’s a time of change, and our institutional processes are struggling to keep up.”

Overcoming the Acquisition Hurdle
Historically, the government and military have treated the acquisition of satellite capacity and services the way they would any other commodity. Satellite capacity has been bought on the spot market, which often costs more. However, the extra cost isn’t the largest problem with acquiring satellite this way – it’s the lack of cooperation and collaboration with the satellite industry that results from spot purchases that is really hindering the government.

The government and military could benefit greatly by working hand-in-hand with the satellite industry in a collaborative, consultative environment. By sharing their challenges and requirements more fully and working collaboratively with industry to address them, the government would effectively gain access to an innovative partner that could help them identify new and different approaches and technologies to help them overcome their problems.

To make this a reality, the government and military would have to rethink its approach and relationship with the satellite industry. This was a sentiment that was expressed and championed by the panelists – many of which urged the government to work more closely with the space and satellite industry, move to embrace more public-private partnerships and work to give the military more freedom and flexibility in how it spends dollars.

Along these lines, Mr. Hoene called for increased, clearer communications between government customers and commercial owners/operators when he said, “If there’s a way to share some of the threat requirements and demand signals…[commercial SATCOM providers] can get the investors in our companies to pursue new and innovative capabilities to meet emerging U.S. government threat characteristics. Industry can bring a lot to the table if we ask the right questions and we’re given the proper answers.”

Discussions at the C4ISRNET Conference showed there is a new Space Race ongoing – but this one has more participants than the one previously won by the United States. While our military has a head start, it’s quickly evaporating. If the U.S. is going to keep its technological offset, commercial industry is going to be the key. Military leaders and Congress need to make it easier and faster for decision makers to purchase and acquire the innovative solutions they need.
ses-gs.com/govsat/#
c4isrconf.com/

This article first appeared at SES-GS GovSat and is republished with their permission.

Ryan Schradin is the Executive Editor of GovSat Report. A communications expert and journalist with over a decade of experience, Ryan has edited and contributed to multiple popular online trade publications focused on government technology, satellite, unified communications and network infrastructure.