The information management model of tasking, collection, processing, exploitation and dissemination (TCPED) deserves renewed attention in an era when the volume and value of information is expected to increase at exponential rates.

The level of recorded knowledge has ballooned in just a handful of years as endless sensors and cloud-computing architectures churn through data at unprecedented rates. Labeled an information revolution, the ripples impact a range of fields including national security, agriculture, finance and health. 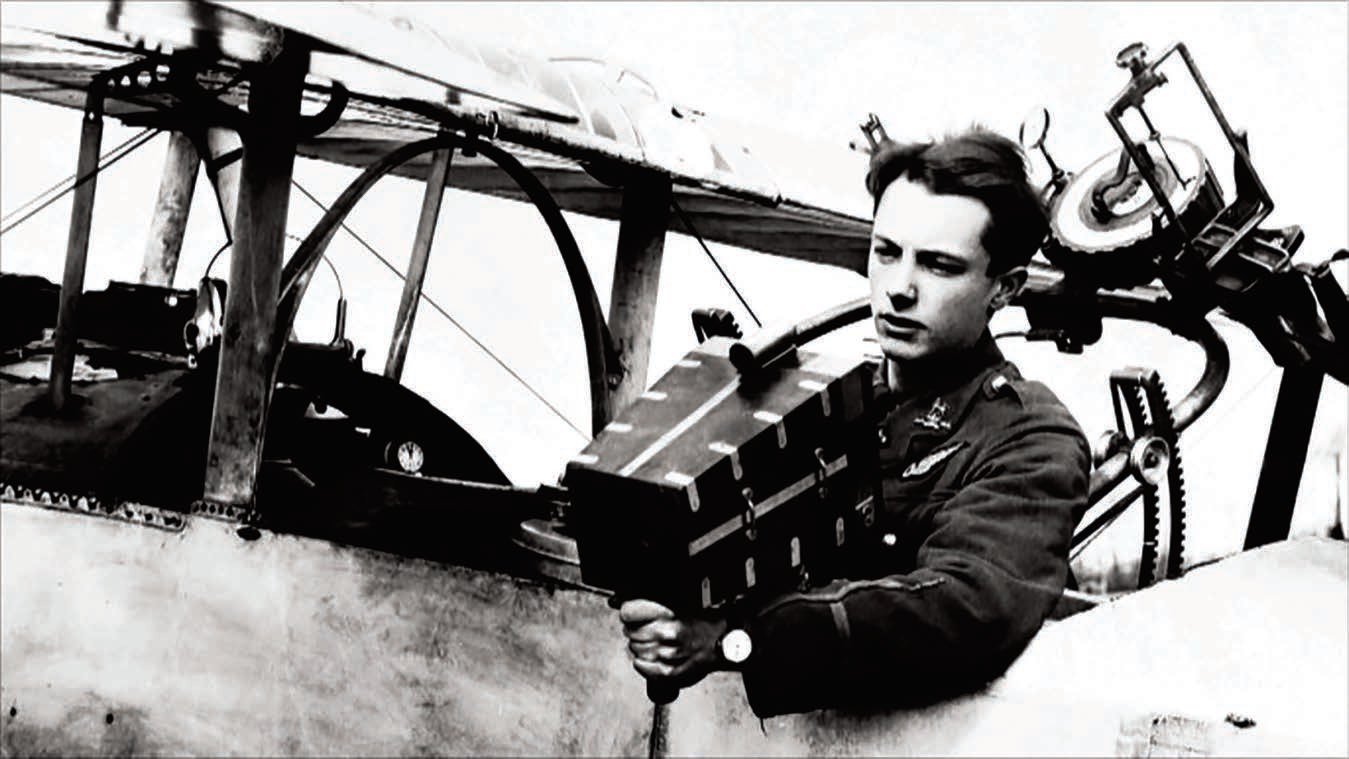 TCPED guided military operations as early as World War I, when aerial surveillance and other intelligence specialties began using the information management model.

Information as a commodity now holds more worth than ever, with access and use often determining who wins and losses. Despite the changes, TCPED remains a viable construct for governments and militaries to inform decision makers and efficiently align resources with priority activities. 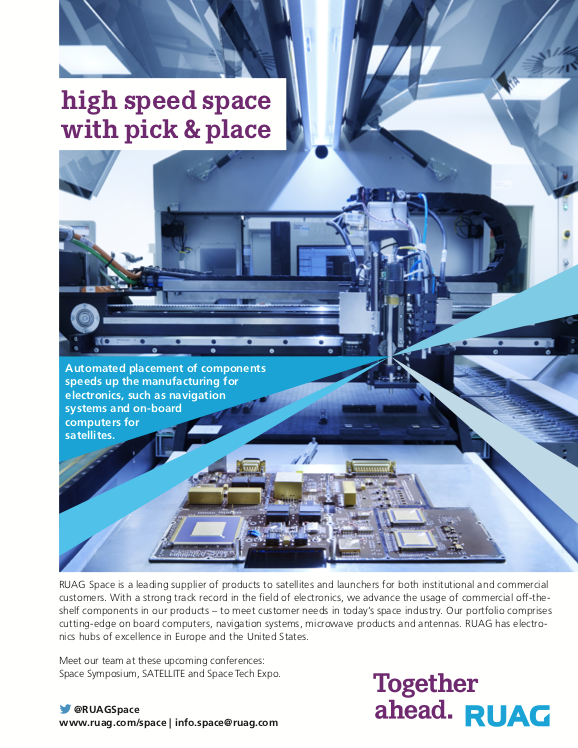 Given that government, military and commercial space operators may hold varying levels of familiarity with TCPED, an overview of the information management model and suggestions for successful implementation during an information revolution:

Processing
Data is converted from raw to exploitable at processing centers. The rise of edge computing and cloud-based architectures presents the space sector with opportunities to adapt to the 21st Century information revolution by scaling and increasing automation. 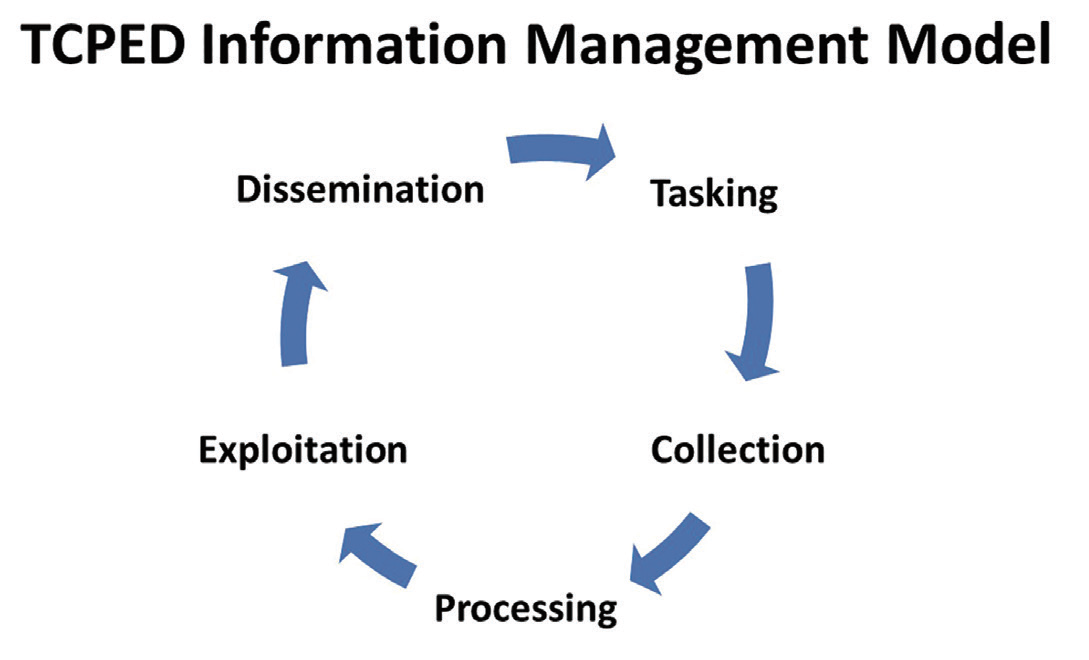 Examples of TCPED populate history, and World War I marks an important point when government and military organizations embraced the information management model.

TCPED rose to prominence during World War I as commanding officers sought to keep informed and execute decisions in increasingly complicated security environments. The scale of World War I operations exceeded anything to date, with personnel, equipment and adversaries extended across wide geographies and continually changing.

To comprehend and influence events, commanding officers implemented regulations that gave way to primitive forms of TCPED. TCPED eventually dictated activities such as where reconnaissance units surveyed and who analyzed aerial photography.

The advances enabled decision makers to review previously incomprehensible volumes of information while justifying priorities and allocation of limited resources.

Embedded as a government and military practice since World War I, TCPED again surfaced as an indispensable information management model during conflicts including World War II and the Cold War, when several intelligence disciplines adopted and refined to suit specific needs. Missions dedicated to aircraft early warning, targeting and signals interception benefited from TCPED.

Deployment of new technologies and sensors often correlated with ever-increasing amounts of data and created ideal conditions for applying TCPED. Regardless of the domain where an asset operated--ground, sea, air or space — TCPED guided operations and made possible timely cataloging, review and delivery of relevant information to decision makers.

Recent and anticipated growth in the space industry represents fertile ground for TCPED adoption. The number of launch operators continues to expand, bringing down costs and making possible more missions on orbit. 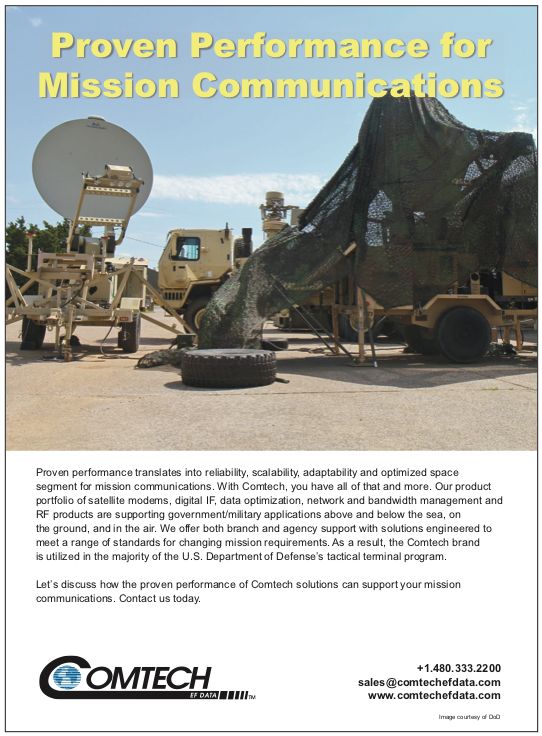 For more than five decades, Moore’s Law has witnessed the evolution of semiconductor processes at extraordinary levels, and equivalent systems once occupying buildings are now available in smartphones and smaller.

If similar changes affect the space industry, incredibly compact and proficient hardware would accelerate mission numbers and diversity. Coupled with robust and cost-effective launch options, an information explosion would result and demand implementation of an effective, proven model such as TCPED.

Paradoxically, the commercialization of space since the late 20th Century has slowed opportunities for market-oriented actors to innovate and design systems around TCPED.

TCPED rarely receives consideration from commercial space organizations supporting governments and militaries because contract requirements fail to identify the need. Until governments and militaries step aside and allow the commercial space industry to develop with more independence, TCPED and rapid advances in technology, speed and innovation will struggle to take hold.

The importance of creating conditions for a dynamic, healthy commercial space industry that applies TCPED cannot go ignored because government and military space operators now depend on outside support as much as at any point in history.

Gone are the days when space programs of the United States and USSR comprised resources that matched percentages of gross domestic production and could internally design, build and deploy new technologies incorporating TCPED. Instead government and military space organizations around the world solicit assistance from industry and academia, who may or may not recognize TCPED as a useful concept.

An effort to raise awareness and implement TCPED throughout the space industry should stand as a priority for government and military space operators.

An information revolution in the space sector would present countless challenges to governments and militaries, but application of TCPED would ensure knowledge gaps were addressed with timeliness and reduced strain on limited capabilities.
www.ksat.no/

Mark Knapp has served as the Director of Business Development, National Security Programs, at Kongsberg Satellite Services (KSAT) since August of 2018. He holds extensive experience in the private and public space sectors and has led several complex project rollouts from strategic planning to completion including collaborations in the United States, Europe and Asia.

Mark may be contacted at mark.knapp@ksat.no. 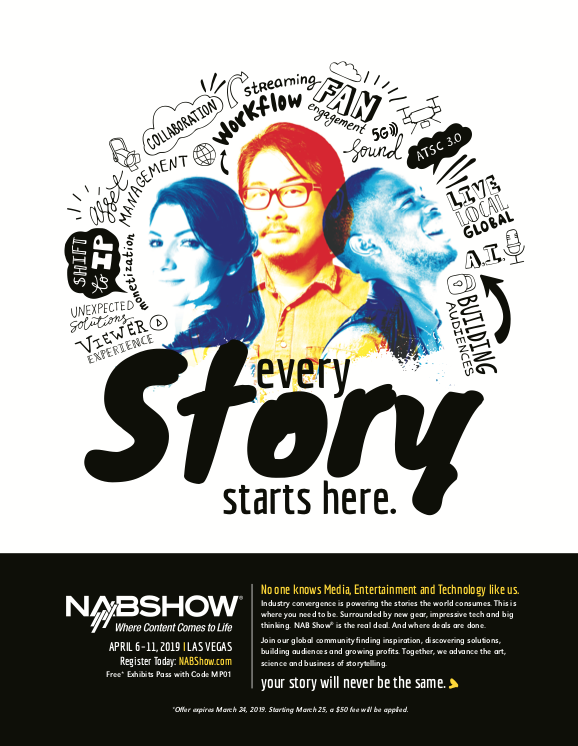