When it comes to the U.S. Defense Department’s plans for satellite communications, the Pentagon will need all different kinds of space architectures, two top Pentagon officials said during a Mitchell Institute for Aerospace Studies webcast on January 7th. 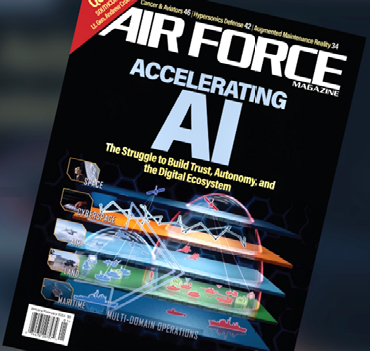 Such moves, Chilton and Autenreid argued, would complement DOD’s current satellite systems, most of which are in Geosynchronous Orbit (GEO) and use radio frequencies (RF).

But that’s not to say that GEO satellites don’t have some value, Chilton and Voss agreed. Indeed, while Voss spent much of his early career working on small satellite (smallsat) LEO architectures for the Air Force Research Laboratory (AFRL), he said his perspective on the larger, more distant satellites has changed.

“I have come to really grow to appreciate and understand a lot of the value that GEO brings to the community,” Voss said. “When you look at an information architecture as a whole, each of the orbits bring a value function that is nice to have at an enterprise level. And so, the ability to see the entire globe from GEO, as your paper highlighted, really was why we went there from the first point. It gives you an efficiency both within the networking architecture, and it gives you the ability to see a very large geographic area.”

Similarly, analysts and observers have been warming to the idea of free-space laser communication, or lasercom, as key to future satellite communications due to it being faster and more secure than radio waves. In their paper, Chilton and Autenreid recommended that DOD use lasercom to link its LEO satellites, increasing coverage and resilience. 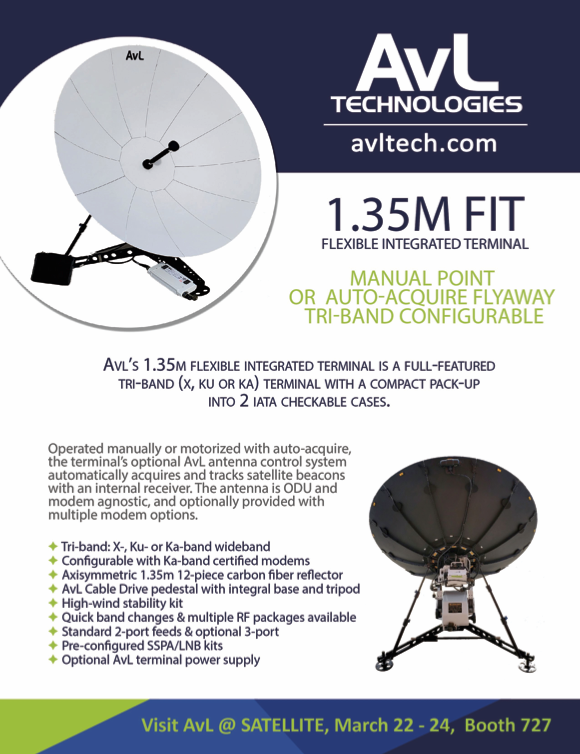 Yet, even as he touted the benefits of lasercom, Forbes said RF can’t be abandoned.

“As soon as you start moving out of single-digit spacecraft, the ability to stitch them all together in a resilient communication mesh is going to be a critical enabler to overcome the threats and the challenges that we face and build a much less brittle architecture. And optical is a great way of doing that,” Forbes said. “[But] it’s not well suited for serving mass users. It is not well served for folks that have weather … And that’s why I also believe that, especially when you get out of the … backbone class of the portion of the network, that RF will always have its place to serve the users.”

The Space Development Agency (SDA) is currently in the midst of developing the National Defense Space Architecture, a constellation of satellites that will be used for tracking targets as well as missile warning, communications, data coverage and sharing, and other capabilities. As part of that, the agency has looked to procure dozens of satellites.

At the same time, the USSF has indicated an interest in using commercial SATCOM, as well. In developing its broader architecture, the Pentagon will need both, Voss said.

“This foundational layer — it’s critical that it embraces the multi-orbit aspects that are highlighted [in the paper], that it takes advantage of the global perspective that GEO brings as well as the proliferative nature that LEO brings,” Voss said. “This foundational layer [has] the natural inclusion of commercial capabilities within a diversified architecture. It gives us that path-agnostic capability that was identified, not only within a contested environment, just to the nature of the complexity of delivering these communications systems for either 5G or even future 6G applications.”

The emphasis on using every available technology, orbit and asset available is necessary for resiliency, Chilton said. Based on their recent actions and developments, China and Russia will seek to disrupt the U.S.’s space-based communications in a potential future conflict, he predicted.

“I find it hard to believe, given that they’ve demonstrated the capabilities to reach those orbital altitudes with anti-satellite weapons, that our adversaries would not be planning on doing such to put themselves in an advantage in the area of operations where we’re going to be fighting,” Chilton said.

Beyond resiliency, though, a proliferated satellite architecture is also helpful for offensive capabilities, Autenreid said. As the Pentagon continues to develop its joint all-domain command and control concept to connect sensors and shooters more efficiently than ever, having different capabilities to meet different situations is critical, Voss added.

“I think that the challenge we’re at right now as we’re doing some of these big data analytics is, what is the recipe and how much of each do you need against that JADC2 problem, as you look up provisioning the various types of users across the different services?” Voss said. 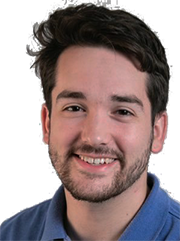 Greg Hadley is the Congressional editor of Air Force Magazine. A graduate of the University of Notre Dame, he has more than five years of experience in national and local media, working for The State (Columbia, S.C.) and the McClatchy D.C. Bureau.

This article is reprinted from, and is courtesy of Air Force Magazine 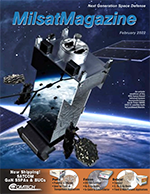