Without question, the military’s need for mobility and bandwidth continues to grow exponentially. This is reflected in the launch of the latest WGS satellite this summer and the U.S. Air Force’s decision to pay Boeing to lay the groundwork for a seventh wideband military communications satellite to route video, voice and data messages to deployed troops. 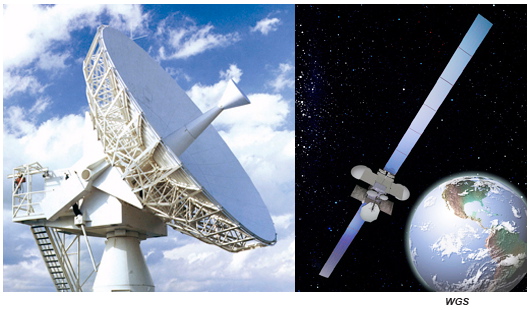 The government’s own satellite investments will significantly increase the U.S. military’s broadband capabilities in the Ka- and EHF-band arena, and will no doubt help lessen the military’s dependence on Ku-band and other commercial sources for bandwidth. Today, 80 percent of the military’s bandwidth comes from commercial sources at a price tag of approximately $600 million annually in 2009, according to DISA’s SATCOM, Teleport and Services office. 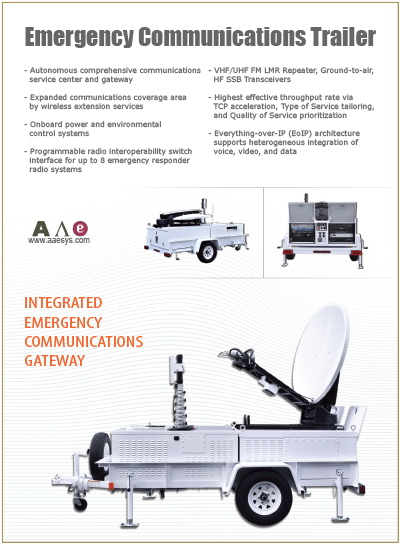 We estimate that some 15 different military platforms will be in line for WGS. Boeing’s BAMS UAV for the Navy has already received the WGS upgrade and Global Hawk will soon be upgraded.

What does this mean for antenna designers and terminal developers in the SATCOM-on-the-move world? Two things — one, there are many niche markets that companies can fit into and do well — whether they specialize in miniature SATCOM or large airborne systems.

The radio side of the satellite market already has fully embraced this move, where terminals and modems of even non-SATCOM radios are shrinking in size as they increase the number of SATCOM functions. However, what about the antennas that need to talk to the satellite? They are limited by physics — the physical area of the aperture must be of a size and aspect ratio to achieve the gain and pattern performance required to meet the link requirements.

In many cases, military users have to choose between a small, low-profile antenna with lower data rates, or a larger antenna to get the bandwidth necessary to support mission-critical applications such as situational awareness. These combat operations must be managed in real time across land, sea and air. In the world of airborne military operations, low-profile antennas are needed for two reasons — to hide the antenna from view and to make it aerodynamic.

Twenty years ago, the only antenna answer was a parabolic dish combined with a feed system. In applications where low profile was tactically desired or required, alternatives were not available and the only choice was to attempt to meet the needs with undersized apertures severely constrained in link performance. Antenna design innovators are exploring ways to meet the low-profile needs with smarter designs that have the low-profile physical characteristics along with the growing bandwidth needs of the warfighter in mind. 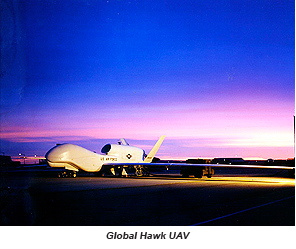 The design challenge is to come up with low-profile antenna systems that neatly fit the shape of a vehicle without sacrificing performance. User needs can be driven by a desire to maintain a discrete presence to conceal the aperture from view.

Other applications can be driven to low profile by aerodynamic needs of flight in both manned and unmanned systems. For some unmanned systems, including Global Hawk and Predator, the flight system was literally designed around a mechanically steered parabolic dish system. However, most of the addressable market requires retrofit of an antenna system to an existing aerodynamic platform.

These platforms were never designed for large exterior additions that can result in unacceptable impacts to the flight ability of the aircraft. Low profile is the key to success in adding an external SATCOM system to an existing airframe.

Plethora Of Satellite Options
The military has more satellite spectrum at their disposal than ever before. The rich options available include a combination of commercial and military satellites in operation now and planned:
The decisions on usable bandwidth are constantly under evaluation for best value within a complicated scenario. Commercial bandwidth is interesting because the capital investment is taken on by the satellite operator. The users, military and commercial alike, lease capacity to meet their demands.

The downside for the user is that the bandwidth is available on a first-come, first-served basis, with pricing and availability varying with world events. With military-owned satellites, the military user community is in control of its destiny, but the downside includes the capital expenditures necessary to purchase and operate the satellites. In addition, satellite lead times and the unpredictable timing and location needs of bandwidth make long term management difficult.

Capacity Outpaced
During the ongoing operations in the Middle East over the past decade, regional Ku-band capacity management has been a challenge with demand frequently outpacing availability. The military has looked for other options, most notably in Ka-band systems with the rollout of the DoD’s WGS, made to give fresh capacity options to the military. The higher Ka-band frequency spectrum offers significant advantages, including smaller footprints and creating opportunities to reuse frequency at much higher power (see the graphic on this page for a snapshot of each band, frequency range and the advantages and disadvantages that each band offers). 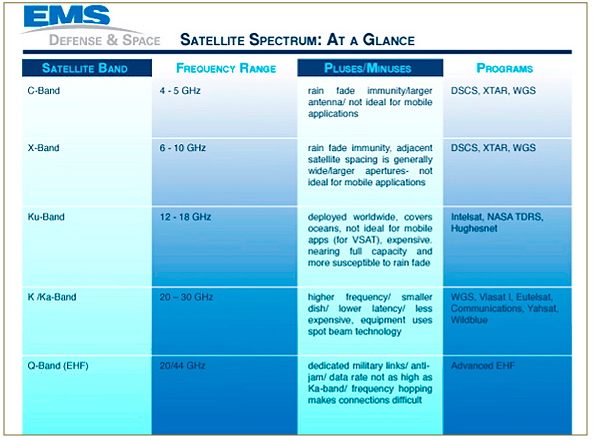 An Antenna For Any Band
As advances in radios enable users to switch from one frequency to another, the need to develop this next-generation interchangeable, “any band” antenna is the next big innovation on the horizon. It is a challenging problem to solve, as evident by the investments being made by Air Force and Army Labs as well as DARPA. 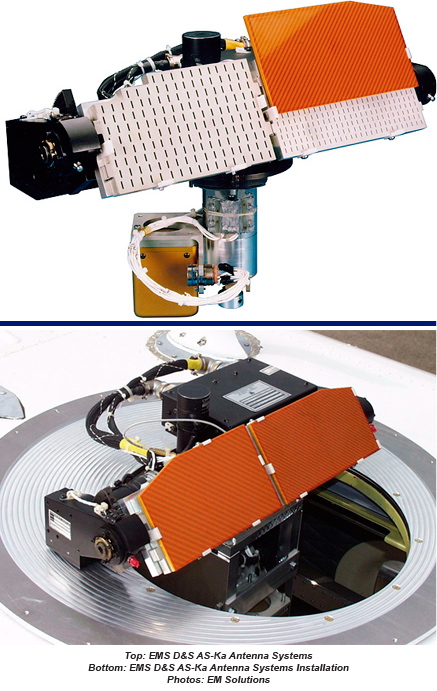 The difficulty that prime contractors and their suppliers are grappling with is the physics of the problem. With the reuse of aperture for multi-band applications, sacrifices that reduce performance are generally necessary, e.g., aperture efficiency.

This results in a larger antenna to function within two or more bands in one aperture. Other concepts include “back-to-back” apertures, where the aperture swept volume accommodates multiple bands with two separate band-specific apertures facing in opposite directions and switched by pointing for the selected band of operation.

The needs of our military will continue to push the industry to solve this challenge. As key UAV platforms such as Global Hawk seek to move from today’s Ku-band to the WGS of tomorrow, they will need an antenna that can help them transition and move within those bands seamlessly, depending on their mission requirements. This may be solved with the addition of a totally separate aperture on a separate part of the fuselage or by updating an existing dish antenna with a complex multiband feed assembly.

Whatever form the next-generation, multi-band antennas take — whether they are two antennas situated back to back or a reflector with a feed that can be switched out from mission to mission. The question is when will this multi-band and switchable capability be a reality? We believe it will be three to five years before we see an efficient dual-band antenna, but there are current solutions in development now.

The industry is advancing with the development of low-profile antennas for a single purpose. In the last four or five years, there has been a real effort to solve some of the problems, be it Ka-band for airborne, or Ku-band for any ground mobile. Today, these are point solutions for a specific platform, satellite or specific mission.

We believe the key for the industry to meet this challenge is to focus on our strengths — our niche. No single company is going to dominate the entire market; rather, there will be those who specialize in key technology areas. EMS Technologies specializes in developing airborne and low-profile antenna solutions for aircraft that fly fast and with high efficiency.

Without question, there is a lot of opportunity to design the solutions for the military that enable the mobile warfighter. The user community has as many unique applications as can be created by the marketplace. This multitude of requirements create the demands and challenges we must overcome to support the needs of the warfighter user community. It’s a challenge we welcome. 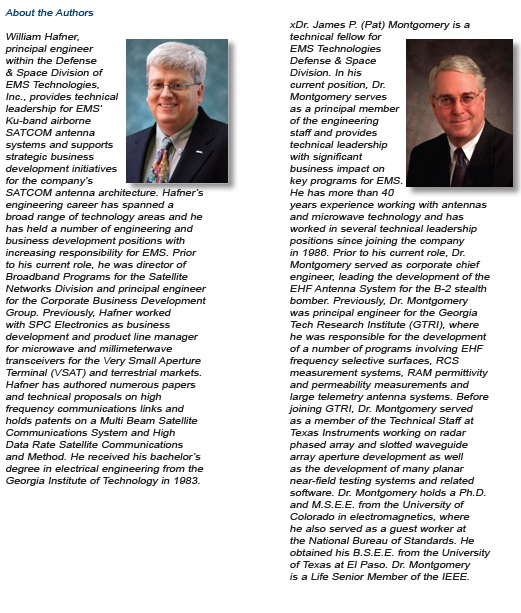 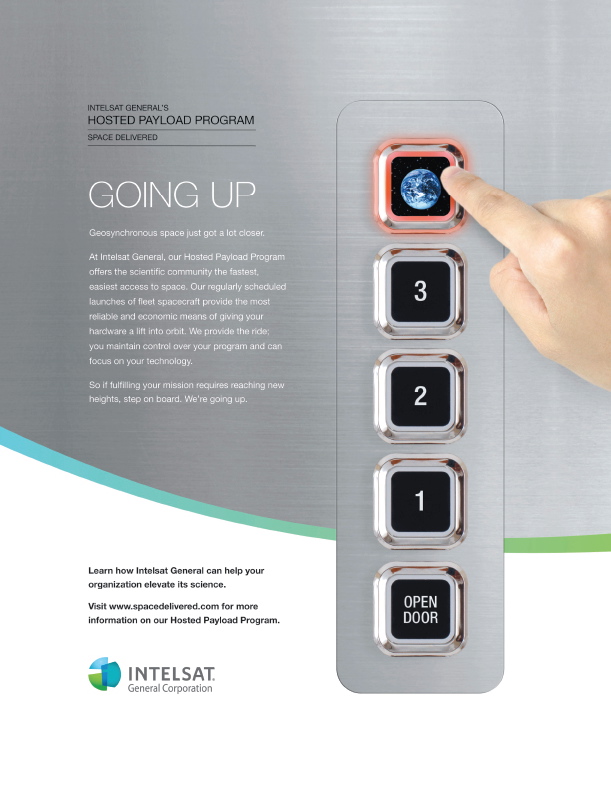