I hope all of you had an enjoyable holiday season. It’s that time of year again to look back, and to look forward.

2012 was a successful year for Intelsat General Corporation (IGC). It was also a year in which the complex relationship between the government and the commercial satellite industry was extensively studied and re-evaluated in light of evolving national security needs. This re-evaluation has led to the beginnings of a culture change within DoD regarding the use of commercial satellite services. If sustained, this cultural change bodes very well for our industry.

The conclusion of FCSA (Future COMSATCOM Services Acquisition) was a great success for IGC, with our company securing spots on all three contracts. These contracts were for bandwidth capacity and end-to-end services. We also secured an important contract with the Iraqi Ministry of Defense, another example of IGC providing end-to-end services and a contract that demonstrated the often inverse relationship between boots on the ground and ISR demands. 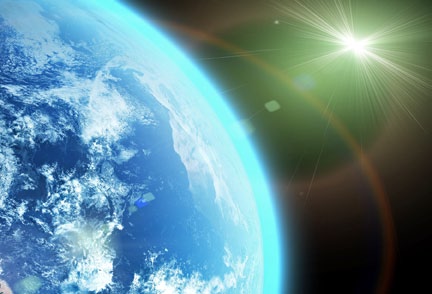 This past year, Intelsat announced its next generation Intelsat EpicNG platform, which will provide government and commercial customers with a range of high-powered mobility solutions. These will include airborne service, manned and unmanned ISR (intelligence, surveillance and reconnaissance), and comms-on-the-move.

2012 also provided clear guidance regarding some of the opportunities that 2013 will hold. The U.S. Air Force’s Space and Missile Systems Center (SMC) announced they would stand up a Hosted Payload Office and conducted multiple Broad Area Announcements to learn more about procurement options and architectures. In addition, the DoD announced the intention to perform a “pivot to Asia,” signaling a profound change in SATCOM requirements.

Currently, there is about one fourth the satellite capacity in the Asia Pacific region compared to the Middle East—that’s a challenge that cries out for true partnership and collaboration. Military visionaries such as Charles Beames, Lieutenant General Ellen Pawlikowski and General William Shelton have demonstrated an open-minded flexibility regarding how best to work with the commercial sector to ensure our nation’s supremacy in space. 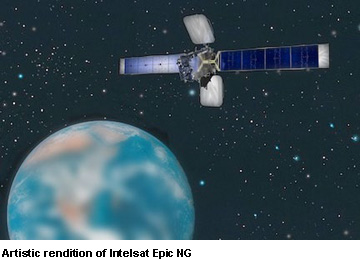 It’s my sincere hope that these signs of change translate to a year of execution and implementation in 2013.

Because our business demands it, the major commercial operators are constantly innovating and constantly replenishing their fleets. The regular augmentation of commercial fleets offers excellent opportunities for the DoD to procure hosted payloads and to engage in other creative partnerships. The concept of disaggregated architecture in space is a brilliant strategically, but requires challenging the status quo.

The attitude of “if we don’t own and operate it all, we don’t trust it” has to change. And not just on the part of the military. Appropriations committees need to stop hitting the “easy button” of familiar programs of record and be willing to consider alternative approaches that better serve today’s needs in space.

Is all that asking too much? I don’t think so, and I think 2013 will be a year of major progress. The commercial space operators are in this relationship with the U.S. government for the long haul, and we’re ready to serve. We just need to know that we’ve got a reliable partner in space for the next decade. 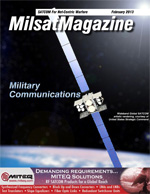