Will the U.S. Military Shift Away From WGS in favor of NGSO Solutions?

Jon Bennett, the Vice President for Government Affairs, Marketing, and Corporate Communications at SES Government Solutions (SES GS) examines whether or not the military will shift away from the military’s own WGS satellites and commercially-operated GEO satellite services in favor of NGSO solutions, as well as give an update on the highly anticipated, official DoD report on the use of NGSO satellites.

GSR: Congress appears to be pretty focused on NGSO satellite right now, but do you anticipate the military moving away from WGS and commercial GEO solutions in the immediate future? Is there a need for GEO satellite in a world with LEO and MEO satellites? 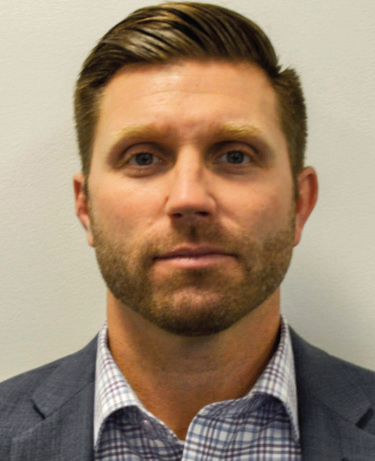 Jon Bennett: I think there is a need for GEO, and that goes back to the “Fighting SATCOM” effort. COMSATCOM integration – which is an appropriate mix of military satellite communications and commercial satellite communications capabilities — is something that the U.S. Space Force has talked about and worked hard to implement. Fully recognizing and achieving that goal will take time, but there is hope that the Department will get there eventually. That said, I believe there is still a need for GEO birds and I don’t think we’ll ever get away from WGS.

For example, if a special operations team needs MILSAT to communicate at the tactical edge, they have direct access to WGS capabilities as those operations are heavily prioritized. Whereas with COMSATCOM, you’ll need to have an identified demand signal, a contract vehicle in place, and the ability to onboard that capability with the necessary ground segment and networking infrastructure. Integrating commercial capabilities into the DoD enterprise architecture would give the warfighters the ability to leverage next generation and forward leaning innovative assets across the board. 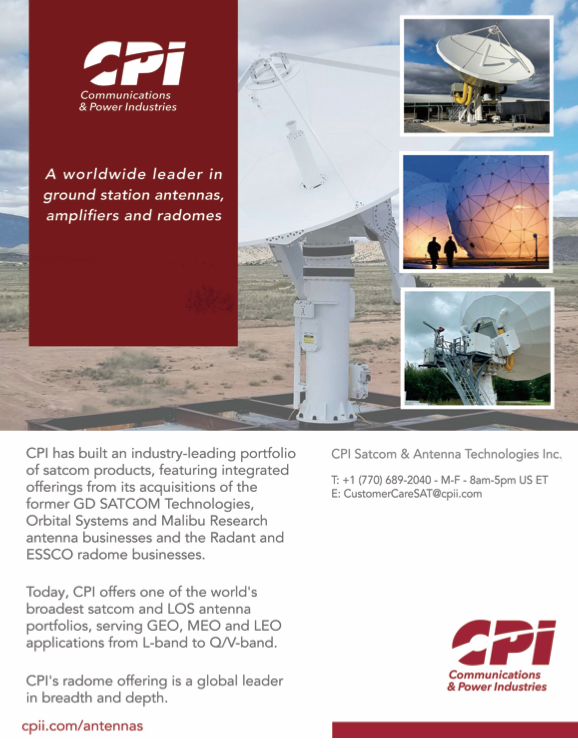 If you just look at WGS, Father Time is clearly coming into the picture and limiting that constellation’s shelf life. Bottom line, those satellites are getting old. So, ask yourself, “What’s the cost associated with replacing a WGS satellite?” We, the commercial sector, already have assets that are paid for, flying, and delivering to U.S. government agencies right now. The capacity is available. So, if the military constellation of WGS satellites is starting to wane and its shelf life is diminishing, the DoD needs to hop over to commercial. That’s going to be imperative when it pertains to military dollars associated with the government’s demanding requirements. Congress cares and wants to be good stewards of taxpayer dollars.

And it is an extremely smart investment for them to leverage commercial capabilities, especially when you have commercial solutions that are close to providing the level of security features that you see in WGS satellites. That, to me, is why it would behoove the military to leverage their WGS assets, but also integrate commercial capabilities into their enterprise architecture. The Hill remains well aware of the opportunities presented by integrated SATCOM capabilities at GEO, MEO, and LEO for delivering robust, flexible, and manageable enterprise solutions for the DoD.

GSR: We know that the NDAA instructed the DoD to author a report about its use of NGSO satellite. What is the current status of that? Has it been submitted?

Jon Bennett: The DoD has been hard at work on that effort. Congress is continuing to hold the department’s feet to the fire with that NDAA language Congress’ directive is really an assessment of the vulnerabilities and the overall resiliency of space access to national security missions across the board. If you look at not just last year’s NDAA, but this year’s also, there are additional requirements being levied by members of the Armed Services Committee They are requiring knowing how the acquisition process has been impacted. They also want to know what the contracts with commercial providers look like. And the Hill wants to understand, at the current state of play, if the use of commercial capabilities can accommodate unforeseen demand signals. For example, if the INDOPACOM were to pop, and there is a conflict between China and Taiwan, does the DoD have enough capability from a MILSATCOM or a COMSATCOM perspective to address that demand signal? To us, the answer is no. We are not seeing the Department scheme for potential surge requirements. So, how do you improve the plan for commercial satellite communications across the military departments? They must plan accordingly, right?

The Department needs to address and build out the requirement for NGSO satellite integration. Congress must be willing to support a long-term sustainable budget that enables the Department to leverage the necessary capabilities in defense of our national and economic security interests. The NDAA is getting after this issue but we are not where we need to be, yet.

The report that was put in the FY22 NDAA is really holding the department accountable on multiple fronts. Congress is hungry to understand how the department is going to leverage COMSATCOM capabilities. This year, next year, and certainly for the long-term future. The Hill is well aware of the increasing importance of delivering resilient global SATCOM for the joint warfighter. Congress wants to see a long-term investment strategy on integrating commercial NGSO satellite capabilities in support of a secure, resilient and disaggregated multi-band/multi-orbit enterprise architecture.

GSR: Based on what you heard at these demonstrations for lawmakers, and what we’re hearing from the military, how far away are we from NGSO satellite seeing wide use across the DoD? What would need to happen for that to become a reality?

Jon Bennett: The reality is that the military has been using non-GEO satellites in their services since 2016. When SES launched their O3b MEO capabilities, LEO players hadn’t even bent metal. And in 2016, the COCOMs saw the benefits of the original NGSO COMSATCOM capability in MEO. O3b offered very high-throughput, low latency capabilities that really enabled the Pentagon decision makers the ability to act on intelligence in real-time. We’ve been doing that since 2016, so it’s been a reality for six years already. Based on the demonstrations with lawmakers and what we heard from them several weeks back, they are extremely interested in the security features. The threat landscape is evolving for the worse. We’re seeing more and more threats posed to our national security interests, without question. So, understandably, you have Members of Congress and their staff wanting to understand how these SATCOM assets are built to an inherently resilient, robust, and secure capability set that mitigates the threats posed. We walked them through that and other areas of interest. We talked about the advanced battle management system (ABMS), and how it allows commanders and warfighters to share more and better information faster.

Modernizing DoD’s decision-making processes for combat operations is paramount, and the Hill understands that leveraging commercial and its next generation end-to-end SATCOM solutions will only enhance ABMS. So, how is SATCOM an enabler to ABMS? The members of Congress were certainly interested in that question. As we provide Capitol Hill with further information as to the roles and responsibilities that SATCOM providers have on the Department’s Enterprise Network Architecture, Congress is going to fully appreciate that SATCOM is the backbone to any theater operation in support of the warfighters.

GSR: Should funding be made available, and should the DoD decide to invest that funding in commercial NGSO satellite services, what would be needed from a hardware standpoint? How long would it take to get these services rolled out to the warfighter in a meaningful way?

Jon Bennett: On the heels of this NDAA, the Hill continues to be supportive of integrating COMSATCOM capabilities into the national security space communications architecture. Congress wants to see the Department work towards identifying the necessary tools and acquisition models to integrate COMSATCOM systems more effectively and efficiently into architecture. When it comes to the hardware, one of the things that we were able to demonstrate during our Congressional visit a few weeks back, was showcasing the Army’s bread and butter terminal, the Phoenix E-Model terminal. The Army assessed the potential Phoenix E-Model MEO capability during the Project Convergence 21 network modernization exercise last fall.

Since Project Convergence, the Army has been able to “MEO-ize” their Phoenix terminal. We call it MEO-ization. Think about upgrading and modernizing legacy equipment and what that means from a dollar standpoint. When military services couldn’t leverage their current terminals, they’d have to buy new terminals. And the costs associated with those terminals are astronomical. We were able to work with the Army and help them convert their terminals so they could talk to our MEO satellites. Think about that. We were able to reconfigure an older and heavily leveraged piece of equipment so that it could now talk to multiple assets in multiple orbits at multiple frequencies. The ability to leverage those capabilities at the tactical edge into the fight is incredible. Think about the dollars saved! That’s awesome. Commercial strongly encourages the Department to clearly articulate and prioritize these critical commercial satellite communication integration efforts in the next budget request.” -Jon Bennett

When it comes to rolling these services out to the warfighters, there was a concern back in 2016 when CENTCOM didn’t want to pay for the service. But that was okay because the commercial industry can lease these terminals to them. They don’t have to buy them. It just becomes a fully end-to-end managed service, which enables capabilities to be rolled out to the warfighter in a meaningful way. We can do that easily at a high level of efficiency. It’s something that we’ve done before. It’s something that we continue to do.

As we work with the different military services, and their respective hardware requirements, it’s only going to get better, especially when O3b mPOWER comes on board. We are launching later this year and will be operational next year. And the military services fully understand that O3b mPOWER is a game-changing capability. They want to get their hands on it. I will end with this though…as the Department works to implement a new strategy for comprehensive satellite communications capabilities, to what extent will the Department leverage multi-orbit capabilities and commercial partnerships to achieve cost efficiency and enhance resiliency?

Commercial strongly encourages the Department to clearly articulate and prioritize these critical commercial satellite communication integration efforts in the next budget request. I believe, as does Congress, the Department’s approach to resiliency, flexibility, and security, must include plans to secure multi-orbit and multi-band capabilities. But once again, the support to investment in commercial needs to be there. 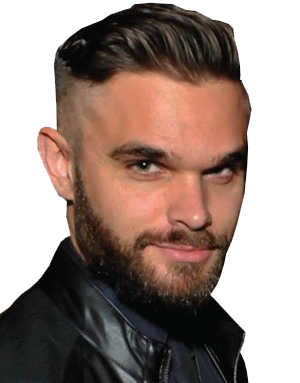 These two articles first appeared on GovSat and are republished with permission of SES GS.

Author David Presgraves is a Staff Writer for GovSat Report, in addition to several other online publications dedicated to defense, military, and federal government agency technologies.