SES Government Solutions (SES GS) recently announced that the company had been selected by the U.S. Department of Defense (DoD) to deliver mission-critical communications services to Thule Air Base.

While this may not sound like a particularly interesting or noteworthy contract — providing satellite services to a military base — this particular base comes with its own set of challenges that make military satellite communications (MILSATCOM) both essential and incredibly difficult to deliver. 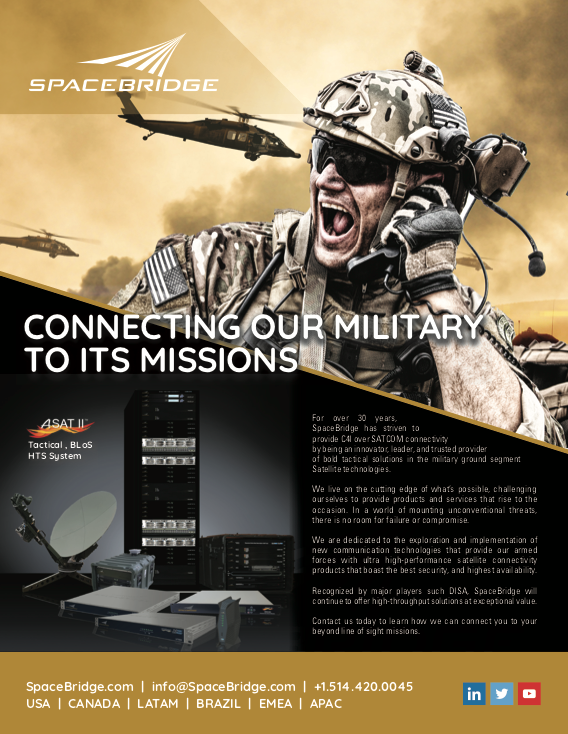 That’s because Thule Air Base isn’t the average U.S. military base. Thule is the furthest north of all U.S. military bases – strategically located between the United States and two of the nation’s largest adversaries. That extreme northerly location — and the harsh conditions that come with it — can wreak havoc on satellite terminals and signals.

To learn more about the challenges that Thule Air Base poses to satellite providers, GSR recently sat down with Philip Harlow, the Vice President of Capture and Pursuit Management at SES GS.

During the discussion, Philip was asked about why satellite is so important for Thule Air Base, why it’s challenging to deliver, and why C-band, GEO satellites are optimal for meeting this particular base’s requirements.

SES GS recently announced that it had been awarded a $14.5M contract to deliver satellite services to Thule Air Base. What is so different and unique about Thule Air Base? 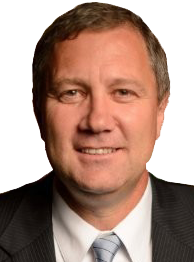 Philip Harlow
Thule Air Base is located in an incredibly harsh and austere environment. For this base, in particular, the criticality of the communications is acute, and the ability to deliver [those communications] takes a great amount of effort. Geographically, Thule Air Base is America’s furthest north base. It’s also further east than much of the continental United States. There are very few satellites that service that geographic area. The location makes it incredibly difficult to get the signal from that part of Greenland to its final destination securely and in a single hop.

In fact, for most satellite providers, getting the signal to and from Thule without going through a commercial gateway is nearly impossible.

Thankfully, SES has a good deal of experience working in austere environments across the globe — including Afghanistan, parts of Africa, the Arctic, and Antarctic. These are all places where the environments are very different and present their own set of challenges. We’ve been servicing Thule for more than 20 years. In that time, we’ve demonstrated our ability to install and maintain the infrastructure necessary to deliver the service that the user relies upon in an assured, reliable way.

What impact can the northern location and harsh climate have on the satellite services being delivered to the Air Base?

Philip Harlow
The intense cold and dry environment that far north expedites wear and tear and makes the physical hardware brittle. This has a massive impact on the “health” of the materials and hardware that comprise the terminals and stations.

For that reason, we’ve sheltered the antenna in a giant radome. It’s in the cold all the time. Metals become brittle. Fluids freeze quickly. Cables and connectors freeze, stiffen, and become brittle — this makes them difficult to move around. All of these factors combine to make the area around Thule Air Base largely inhospitable to satellite terminals and hardware.

What’s worse is that the winter is quite long up there. This makes repairing and replacing things difficult because it must be done in a very short window during the summer. If maintenance needs to be done in the middle of the winter, it’s difficult work that must be done quickly, so there needs to be people on site that are knowledgeable and well-trained on the equipment and maintenance.

What kinds of use cases are there for satellite services to bases like Thule?

There is a lot of mission-critical sensor data and other information that the military relies on commercial satellite to deliver.

While Thule is certainly remote and geographically isolated, it provides an essential piece of the puzzle for military situational awareness and our nation’s defense strategy. This base is located in an incredibly strategic position between the United States and some of its largest adversaries. This means that communications are absolutely essential in this location — and other remote locations like it.

“The intense cold and dry environment that far north expedites wear and tear
and makes the physical hardware brittle. This has a massive impact on the
“health” of the materials and hardware that comprise the terminals and stations.”
– Philip Harlow

However, in many other remote locations, there is fiber connectivity in addition to satellite connectivity. That fiber is often a single thread, so satellite is essential for redundancy and mission assurance, but the fiber is there to provide communications — that’s not the case at Thule Air Base.

With the military increasingly deploying sensors and other devices into these remote locations at the edge, the amount of data that needs to be pushed back in real- time is massive. Thule only has satellite connectivity to carry that data back to those that need to analyze it.

For this reason, we recently doubled the throughput of the satellite link that we’re providing to Thule Air Base. This is allowing us to support them operationally as well as deliver morale, welfare and recreation (MWR) services for the people that are deployed in this very harsh, very remote location.

The satellite service that SES GS will be delivering to Thule Air Base is a C-band service. What does that mean? Why is that important for that region? How is that different from what satellite service providers usually offer the military?

Philip Harlow
C-band has a much longer wavelength than Ku-band and other commercially available satellite signals.This means that it isn’t as negativelyimpactedbyenvironmentalandatmosphericfactors.

C-band satellite signals can operate at lower elevation angles, exactly what is needed at Thule Air Base, with minimal scintillation. C-band is also much less affected by atmospheric attenuation or “rain fade.”This occurs when the signal is absorbed or nullified by atmospheric rain, snow, or ice — all of which are common and prevalent in the area around Thule Air Base.

C-band has proven its ability to deliver much more reliable service — even at lower elevation angles. In fact, we used C-band satellite signals to deliver communications in Afghanistan, where we experienced frequent dust storms. In those situations, the C-band has not been as negatively impacted. Also, Ku-band spotbeams are often much smaller than C-band. C-band hemi beams can cover almost an entire hemisphere, making it easier to get the signal to and from Thule Air Base to its final destination in a single hop. Ku-band often doesn’t cover areas as remote as this part of Greenland because of the smaller size of the beam, and the limited use they would receive.

Philip Harlow
There are a number of reasons, but the first and most important involves availability. LEO fleets aren’t fully deployed yet and don’t provide the 24/7 global coverage that is needed for a location as strategically important as Thule Air Base.

Availability aside, LEO satellites have a reach that is limited. The small spot beam from a LEO satellite can’t get the signal from Thule to any place of importance. To get the signal to or from Thule Air Base, a LEO satellite would need to connect to a ground station somewhere else within the beam. Considering the small size of a LEO spot beam, that ground station would still be in a harsh, austere environment — in a place like Newfoundland and Labrador.

The satellite provider wouldn’t want to put a ground station there, even if they could do so.

Finally, LEO satellites need to be tracked across the sky. In cold, harsh environments, the more moving parts in the terminal and antenna, the more prone it is to failure. Any mechanical steering antenna capable of tracking the LEO satellites through the sky would be more prone to breakage and failure.

With GEO, the antenna doesn’t need to move. The beam covers enough area that the signal can be transmitted without going through a commercial gateway or to an intermediate ground station. The satellites needed to deliver the service are already deployed and operating in orbit today.

“With the military increasingly deploying sensors and other devices
into these remote locations at the edge, the amount of data that needs to be
pushed back in real-time is massive. And Thule only has satellite connectivity
to carry that data back to those that need to analyze it.” – Philip Harlow

Philip Harlow We’re always working to create and offer new, innovative solutions to our customers. However, those solutions need to be in line with their requirements and need to make both financial and technological sense for them. Today, with what SES has available to service the DoD — and Thule Air Base, in particular — there simply isn’t a need or business case to deliver access to Thule Air Base via LEO or a satellite other than GEO. We’ve evaluated all options for servicing this station, and the best value for the customer is using GEO for this Air Base.

It’s the best option for their budget, and for their requirements.

To learn more about the service SES GS is delivering to Thule Air Base, click this direct link to read the official announcement.

The opening image was captured by Air Force Tech. Sgt. David Buchanan. The appearance of U.S. Department of Defense (DoD) visual information does not imply or constitute DoD endorsement.

The post Connectivity in the cold – providing communications to Thule Air Base appeared first on GovSat.
ses-gs.com/govsat

Ryan Schradin is the Executive Editor of GovSat Report. A communications expert and journalist with more than a decade of experience, Ryan has edited and contributed to multiple, popular, online trade publications that are focused on government technology, satellite, unified communications and network infrastructure. His work includes editing and writing for the GovSat Report, The Modern Network, Public Sector View, and Cloud Sprawl. His work for the GovSat Report includes editing content, establishing editorial direction, contributing articles about satellite news and trends, and conducting both written and podcast interviews. Ryan also contributes to the publication’s industry event and conference coverage, providing in-depth reporting from leading satellite shows.