The Space Tracking and Surveillance System Demonstration satellites are far more capable today than when launched four years ago thanks to enhancements that fully leverage their unique sensor suite—they aren’t just for missile defense any longer. 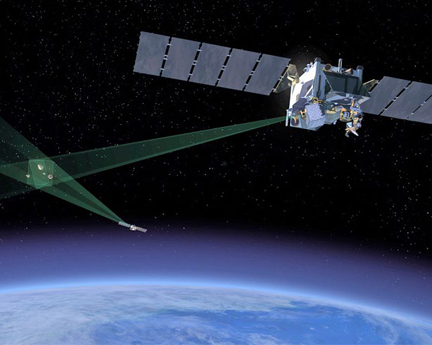 Simultaneously, improvements in mission planning, spacecraft and payload software, ground automation and power management have allowed a 10-fold increase in STSS-D’s data collections workload, making the satellites far more capable today than when they were launched in September 2009. Their increased tasking provides mission utility beyond missile defense into other critical areas, while simultaneously adding value at a time when military budgets are the most constrained ever.

This is a priority mission because the proliferation of ballistic missiles gives reckless regimes the ability to carry out devastating attacks against the United States, its deployed troops and its allies. A robust defense against these growing and evolving threats to U.S. national security requires tracking ballistic missiles from “birth-to-death” with emphasis on “midcourse” tracking to improve chances of intercept. 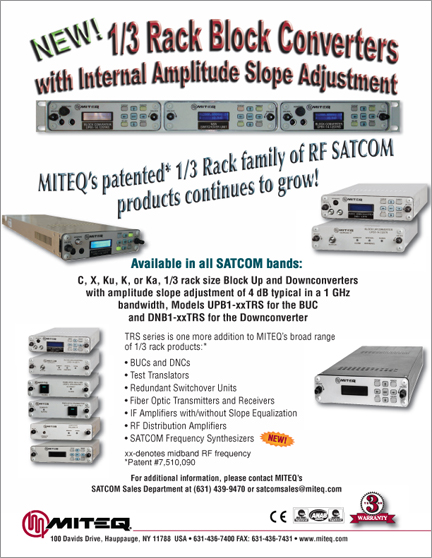 Midcourse is the longest phase, or about 80 percent of total flight time, when engines stop firing and deadly warheads are deployed. However, traditional radar and IR sensors can’t always “see” them at this point. Without the ability to track missiles through midcourse, there’s no hope of having an effective defense against them.

That’s why each space vehicle has a pair of IR sensors: (1) A short-wave IR, fixed, wide-field-of-view acquisition sensor that looks above and below the horizon to monitor, autonomously detect and track missiles through boost phase; and (2) A narrow-field-of-view, gimbaled track sensor capable of tracking missiles from post-boost, through midcourse and then to reentry or intercept, using multiple IR bands.

Northrop Grumman is the prime contractor for both spacecraft and the operational ground station at Schriever Air Force Base, in Colorado.

It proved that midcourse, space-based infrared tracking by STSS-D can alert Navy ships to launch interceptors accurately before their radars can see the incoming missiles—allowing the U.S. Navy to defend larger areas with fewer Aegis assets.

To accommodate Aegis LOR, system engineers had to develop numerous data flow options for getting data to an Aegis cruiser. A new external interface was implemented and validated through early hardware-in-the-loop testing. So far, STSS-D has achieved LOR quality of service in six BMDS tests.

For another Aegis LOR test, the team arranged for the satellites to be cued remotely by another BMDS sensor—a function that didn’t exist previously. The result: Both STSS-D space vehicles received the external cue, acquired the target and provided hundreds of seconds of valuable midcourse tracking data—including the first three-dimensional or “stereo” observations of multiple objects.

Improvements began shortly after Early On-Orbit Testing was completed. Northrop Grumman engineers knew the satellites had inherent capabilities to perform additional missions beyond the modest requirements of their pre-launch design—if they could be performed efficiently.

STSS-D was built to be an on-orbit, research and development (R&D) platform to demonstrate the unique capabilities of a space-based sensor for the BMDS. It was never intended to be an operational system. Built-in limitations were appropriate for an experimental system with a mission life requirement of only two years.

This posed significant challenges as BMDS capabilities matured and MDA required the satellites’ participation in all system-wide tests. It meant making complex interface upgrades and operational concept changes to adapt the demonstrators for much broader missions. These were the major challenges and results after improvements. 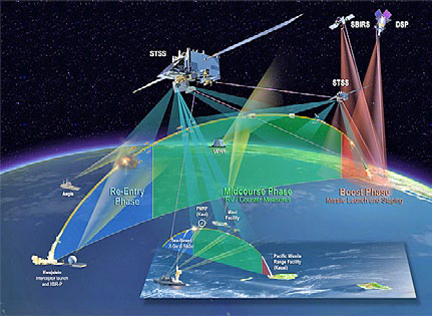 Manual Processes & Data Collection
(Before Enhancements): Operators had to use highly complex, manual processes for conducting all tasks because of STSS-D’s role as an experimental space layer for the BMDS. Much of the planning for payload data collections was done in Southern California where the satellites were built, resulting in inefficiencies when employees / satellite operators at the Missile Defense Space Development Center (MDSDC) ground station in Colorado Springs, Colorado, needed to act in real time.

After Enhancements: The company developed test planning tools, test execution scripts and a collection parameter database organized by real-world target location and type, allowing employees at the MDSDC to plan payload data collections against real-world “areas-of-interest” and “targets-of-opportunity” in response to tip-offs from other systems or “national” data sources.

Planning these data collections at the ground station significantly reduced test planning and execution timelines from several days to a few hours.

Anomaly Safeguards (Before Enhancements): A conservative, pre-launch design assured space vehicle safety by shutting down the payload in response to any indication of an anomaly. Although the built-in defense mechanism kept both satellites safe, returning a payload to operational status could take as long as several weeks.

After Enhancements: Improvements to fault management monitoring and response processes resulted in a significantly shorter recovery to mission timeline from 12 days to two days.

On-Orbit Operating Time (Before Enhancements): At launch, satellite designers expected to operate each payload for 36 minutes per orbit—an improvement from the 10 minutes per orbit specification. But each orbital period currently is 112 minutes, leaving much capacity unused.

After Enhancements: Payload per-orbit operating time increased to 75 minutes. Engineers designed and executed a series of experiments that demonstrated the safety of longer payload operating time, and verified there was sufficient power to accommodate extended operations.

Crosslink Resiliency (Before Enhancements): STSS-D demonstrators fly in tandem, separated by 3,000 miles. An RF relay establishes communications between one spacecraft that is out of view of a ground station through the other satellite, which is in range. The crosslink was intended to be used only once, during an initial on-orbit demonstration.

However, to fulfill mission requirements, systems aboard the satellite and on the ground must send data to other missile defense systems quickly enough to allow them to target and destroy incoming missiles. That requires fast data processing and communication links. They also must work under the harsh environmental conditions of space, which requires materials that can withstand radiation and cold temperatures.

After Enhancements: Modifications allowed routine use of the communications crosslink on back-to-back orbits, extending the operational utility from 20 minutes to more than 40 minutes for each crosslink operation.

Today, MDA says it plans to operate STSS-D into 2017—significantly beyond the satellites’ two-year mission life and four-year design life. A former MDA director cited STSS as the “most capable sensor currently in the MDA sensor suite.”

Such accomplishments are validating the need for a space layer as a practical and affordable component for fulfilling the real-world mission of MDA’s Ballistic Missile Defense System (BMDS). Lessons learned from the two STSS-D satellites are guiding decisions on the development of a fiscally sustainable, continuously available, future operational constellation and ground communications/processing system.

The satellites have only improved since the end of Early On-Orbit Tests in late 2010. They are continuing to increase their value to users and taxpayers as they perform a wider range of tasks and demonstrate why space-based sensors can be a ballistic missile’s worst nightmare.

About the author
Rob Zmarzlak was named program manager for Northrop Grumman’s Space Tracking and Surveillance System Demonstration satellites in 2013 after managing launch preparation, launch, deployment, on-orbit test and extended operations and sustainment since 2007. Altogether, Rob has 30 years of experience in space and launch operations, systems engineering, and functional and program management of space programs including GeoLITE, NASA’s Earth Observation Satellites, Future Imagery Architecture, Space Based Radar and restricted military programs. He also served 24 years active and reserve military duty in both the U.S. Navy and Army in the intelligence field, which includes several overseas deployments and NATO peacekeeping operations.