The nation’s superior defense and intelligence capabilities are dependent on space and satellites and adversaries are showing that they intend to eliminate this advantage. What is Kratos doing to help keep the U.S. and Allies maintain the upper hand?

Frank Backes (FB)
When you look at space capabilities, Earth Observation (EO), GPS/PNT, and communications, and consider what an adversary might do to deny or disrupt them, there’s a need to understand the space domain and anything that can impact those capabilities.

With Space Situational Awareness (SSA) the focus has been on tracking where objects are in space. However, with the new threat environment, there has been a pivot to Space Domain Awareness (SDA) because the concern isn’t just where objects are, but also what adversaries are capable of doing in that area. The U.S. needs to know how those activities could affect our assets and how we use space.

Kratos is supporting many of the programs and initiatives being developed for Space Domain Awareness and to meet the DoD’s requirement for more resilient and robust ground satellite communications. We are building tools that are modular in design and make up the basis of an enterprise management architecture for the satellite ground segment. 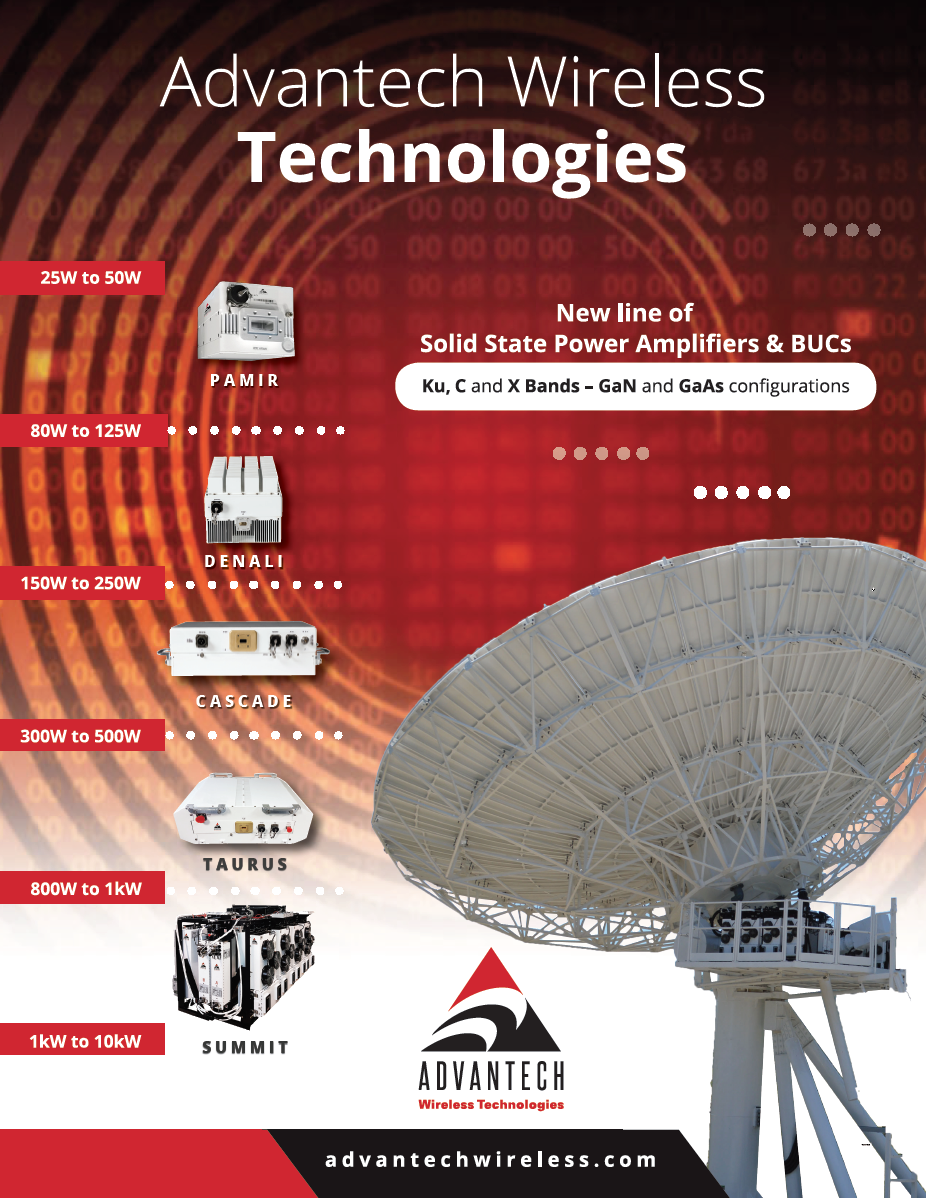 In terms of those threats, what types of programs and initiatives is Kratos supporting?

FB
One thing adversaries are doing is investing in the ability to jam communications, which is fairly inexpensive, reversible, and easy to employ. If an adversary attacks the communications infrastructure either by jamming or other similar tactics you’d want to know that the signal is being impacted. You would also want to know what choices or options you have to communicate or operate through the contested environment.

Kratos has been working on programs that provide signal monitoring, RF situational awareness, virtualized command and control, interoperability between military and commercial networks, and the ongoing capability to communicate across domains in congested and contested environments.

Can you give us an example of those programs?

FB
Kratos and its partners have been working with the U.S. Air Force (USAF) to develop an Enterprise Management & Control program, or EM&C, which is a flexible resilient communications infrastructure. This system will combine domain awareness for the warfighter with the ability to respond appropriately to mitigate the threat.

In the jamming example previously mentioned, EM&C would have the capability to automatically switch to a different communications link to maintain satellite-dependent operations.

Can you explain how that works?

FB
EM&C will provide an enterprise-wide view of all SATCOM resources, which includes the health, availability, and status of the satellites, networks, and gateways. The Common Operational Picture, or COP, will detect the interference and the impact to the network. The system logic would then determine why, when, and how to perform the mitigation, which for example, would be to roam to a suitable satellite network to keep users connected. That switchover and re-provisioning would occur in seconds or minutes, much like our cell phone networks. 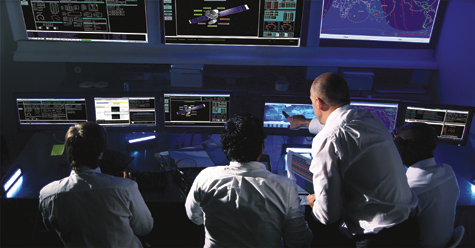 A network operations center — photo is courtesy of Kratos Defense.

What is the status of EM&C, as it represents many elements of the new Kratos enterprise architecture?

That timely, automated re-provisioning will be of immense value to the mission. The next phase will be to prove it can scale, and then to
deploy operationally.

How is the system able to view the SATCOM resources and detect issues? 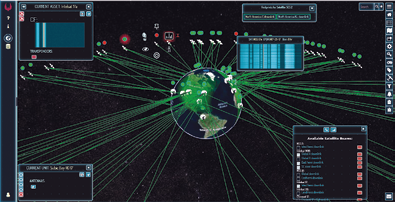 How does this help with Space Domain Awareness?

FB
Kratos’ earlier work monitoring RF spectrum was used primarily in a benign communications environment. For example, to monitor the U.S. government’s utilization of leased capacity, which has saved them millions of dollars per year. The NOC now monitors and geolocates interference for services across the DoD, for commercial satellite operators, and many others.

Now with the threat environment more active, Kratos has extended that RF monitoring infrastructure, transitioning from a more neutral environment to a more contested one. We’ve expanded on that network and those sensors and systems to look at how the entire RF domain is used by the U.S. and our adversaries. That spectral awareness can tell you a lot, from seeing satellites as they maneuver, to determining their capabilities and intent, to geolocating jamming and interference.

Kratos is applying all these technologies, and accelerating the speed in which data is processed, to support space domain awareness. Once you can understand what an adversary is doing to impact your satellite capabilities, then you can figure out what to do to mitigate it.

That’s where the rest of the Kratos management architecture can come into play. If the satellite is being jammed and the systems need to point to a different satellite on a different frequency to continue communicating, the system is able to determine the mitigation and execute a response to solve the problem.

How is the Kratos approach different from a traditional ground infrastructure?

FB
Using the latest technical advances from the commercial sector, Kratos is virtualizing the ground segment architecture, which includes replacing many of the traditional RF hardware elements (such as splitters, combiners, and frequency converters) with an equivalent family of virtual functions.

Additionally, traditional management functions that have relied on specialized hardware, such as spectrum monitoring systems, geolocation systems, and even element and network management systems will also transition to virtual functions. This includes command and control, which can be deployed and torn down in minutes and then quickly applied to new missions.

This virtualized ground technology will allow the U.S. DoD and its allies to automatically manage the transition of communication links between diverse satellites and systems, such as MEO, GEO, and eventually LEO constellations.

Kratos is integrating all these capabilities – the awareness, the analysis, and the control component – into its management architecture. The approach will automate and orchestrate those processes to support space domain awareness and resilient satellite communications.

What is the status of this architecture?

FB
Components of this architecture are available now, with several components or modules currently installed and working on programs. It’s important to note that Kratos is working with the DoD to develop solutions allowing them to accelerate the transition to a digital realm while retaining their existing legacy hardware.

Can you explain how this new approach works with existing systems and hardware?

FB
Yes, the Kratos approach is being developed as an open, software-defined enterprise architecture, not a proprietary or purpose-built one. It will unify and automate many new SATCOM functions for DoD that simply aren’t possible with existing, manually-configured hardware and stove-piped systems. The DoD will gain a fully integrated enterprise environment that can respond to threats with agility and flexibility, without needing to replace the majority of their existing infrastructure.

Much of it will consist of low-impact software upgrades, integrating new processing blocks into the existing architecture, and for the terminals, it will be either a software- or lightweight hardware-based interface upgrade. Those upgrades will help the government realize its goal of using as much infrastructure as possible without reinvestment (including thousands of field terminals), while enabling compatibility with new, modernized approaches.

This supports a transition from the limitations of legacy, analog systems to more flexible, software-oriented, IP compatible approaches. By digitizing the RF signals at the antenna, existing gateway antennas don’t have to be recapitalized. That converted RF data can then be sent securely and reliably over IP networks for software processing, whether onsite or in a cloud architecture.

With adversaries moving more quickly and deliberately, are there concerns with keeping pace?

FB
One of the things Kratos will be doing in parallel with the E&MC program is showing the USAF and other services how to get to operational capability sooner than the current timeline. Through the investments we’re making in our enterprise architecture and our work with our partners, which include multiple satellite operators, the goal is to show the government they can achieve this operational capability faster.

Kratos believes we are in a unique position to do this because of our customer base, and the systems we’ve deployed for the past thirty years representing the vast majority of space infrastructure used by the commercial, military, and international communities. We are one of the few companies that equally serve the commercial and government worlds. They have all been using Kratos technology independently for a long time.

What Kratos is doing now is integrating through an enterprise approach all those capabilities into an open architecture. This will support a new level of resiliency which depends on the ability to dynamically roam and transition across varied military and commercial satellites and networks in response to threats. To do this, we believe you need an open architecture, and that’s what our Kratos solution is designed to accomplish. 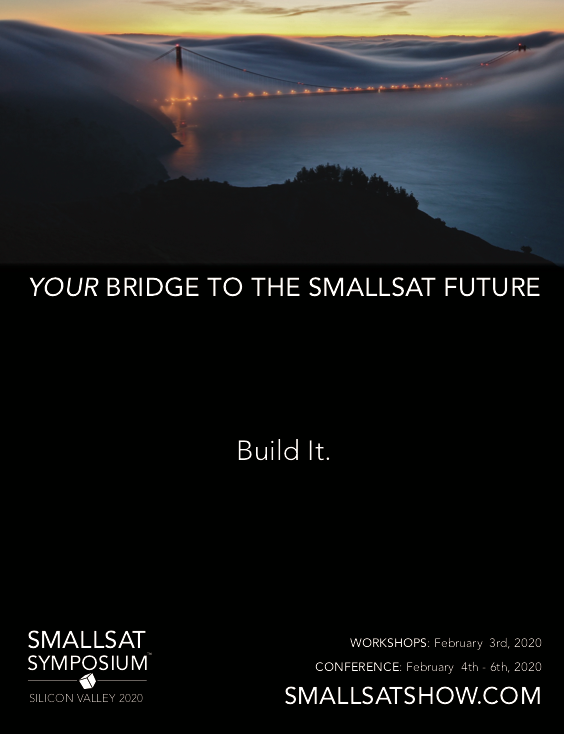