A satellite-focused breakfast and panel discussion was held at this year’s recent Association of the United States Army (AUSA) Annual Exposition and Convention. 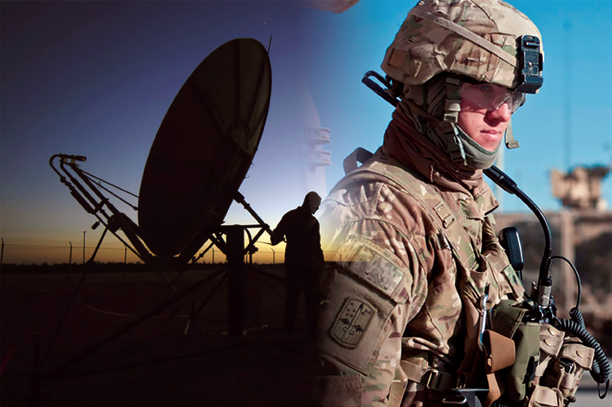 This panel included a number of senior decision makers from the Army and United States Department of Defense (DoD), as well as senior thought leaders from private industry, who came together to talk about the Army’s satellite requirements. What many of the panelists at this breakfast were asking was, “why can’t acquiring satellites be as fast and easy as buying a cell phone?”

The answer may not be as cut and dry as some would think. Military decision makers are increasingly relying on data-centric operations and capabilities that require high bandwidth connections in theater.

The Army is demanding ISR comprised of high definition, real time video instead of static, low quality images. They want geospatial intelligence available to soldiers to ensure that have knowledge of the terrain around them and the movements of alliance forces. 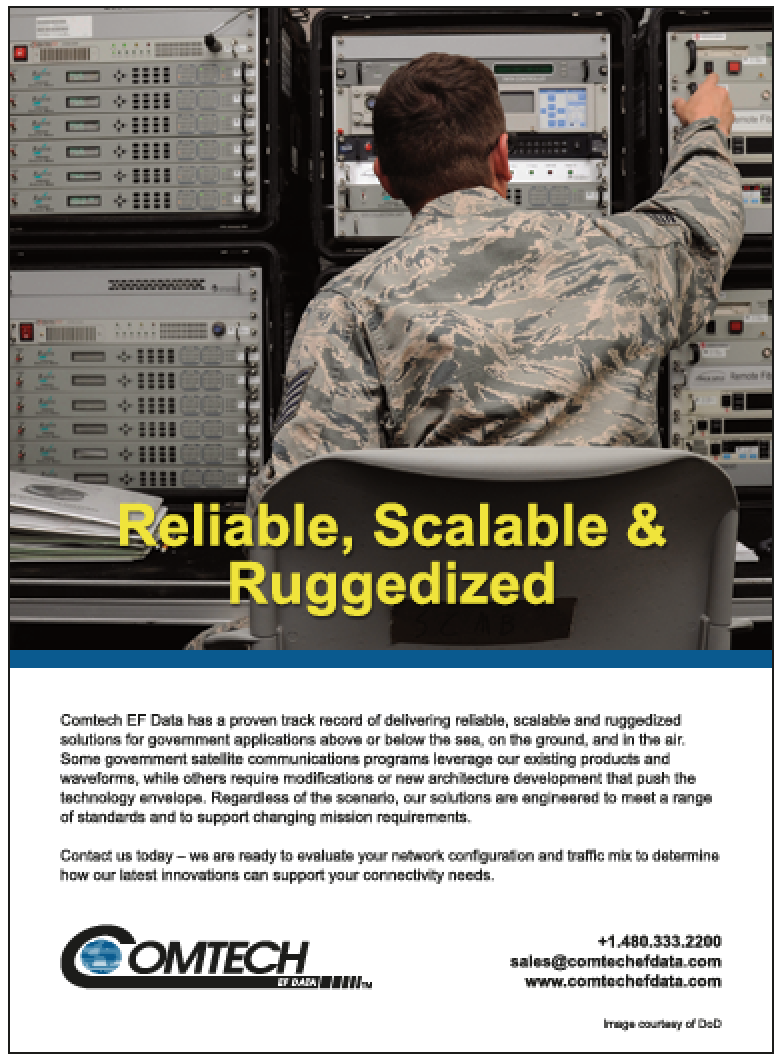 Satellite connectivity is necessary for filling these connectivity and bandwidth requirements abroad. In places where terrestrial networks have never been built, or can’t be trusted, satellite can deliver bandwidth for mission-critical capabilities.

This is especially the case in places like the AFRICOM Area of Responsibility (AOR), where, as Brigadier General Christopher Eubank, the Commandant of the U.S. Army Signal School, claimed, “We relied heavily on SATCOM in the AFRICOM AOR. That is a place in the world where they skipped generations of IT. They went from copper to 4G LTE. There is not a lot of CAT5 and CAT6 cable in
that country.”

The U.S. Army remains one of the largest consumers of satellite services for a very good reason — they’re extremely large and really spread out geographically. To get IT capabilities to the warfighter at the tip of the spear – sometimes in the world’s most isolated and remote locations — satellite is essential.

With satellite playing such a vital role in a modern military, why is it so hard for the Army to get the bandwidth they need at a faster rate?

What are the Warfighter Concerns?
If something was essential for your survival and wellbeing, you’d want it close by or relatively easy to find.

People that need to take medicine to survive don’t usually let their prescriptions run out. Why is satellite connectivity so difficult for the Army to access? Especially with the military owning and operating their own satellite constellation — the Wideband Global Satellite (WGS) system?

Part of the challenge rests with WGS itself. There are simply too many stakeholders and internal customers within the military for the bandwidth that’s available via WGS. 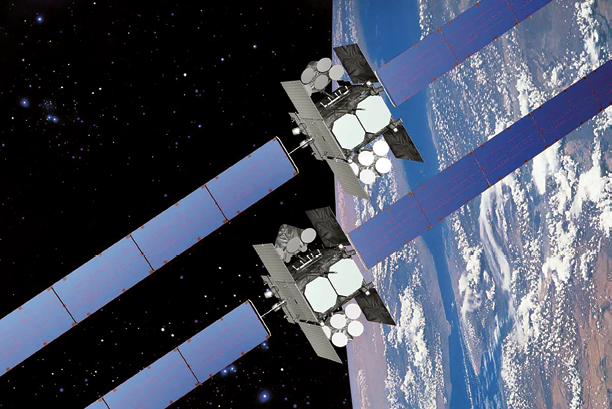 A panel of military and industry satellite experts discussed the need for faster access to higher bandwidth satellite services.

According to Mike Nichols, the Chief of the Commercial SATCOM Technical Support Branch at the Defense Information Systems Agency (DISA), “This is a very transactional business... each requirement that comes in is an individual acquisition. Generally, we have plus or minus 100 contracts…for SATCOM services. Each one of these is an individual acquisition, and acquisitions can take some time... If I hear one thing from my customers, it’s that the acquisition takes too long.”

The reason for the delay comes down to how satellite service procurement is conducted, and those procurements are often conducted just like acquisitions for everything else — from rations to tanks.

As Mr. Nichols explained, historically, COMSATCOM services have been acquired in singular transactions to fill individual needs on the spot market. This is effectively the most expensive way to purchase satellite bandwidth.

It also puts military users in a situation where they’re purchasing whatever satellite bandwidth is left available, as most of the capacity has already been sold to commercial customers.

As the CEO of SES Government Solutions, Pete Hoene, explained, “Only 10-20 percent of revenue for COMSATCOM owner/operators comes from the U.S. government. The majority is from commercial customers that strike long term contracts and business relationships with owner/operators to ensure they get exactly what they need at an affordable price. This is very different from the U.S. Government buying capacity on the spot market using LPTA contracts that sub optimize on performance, cause a race to the bottom on pricing, and provide little incentive for industry to invest in capabilities the U.S. Government needs.”

However, there has been some positive movement away from purchasing, LPTA (“lowest price, technically acceptable”) satellite connectivity on the spot market. One of these positive steps was the recent blanket purchase agreement (BPA) that the Department of Defense (DoD) awarded to SES for their O3b MEO satellite services.

This BPA allows military users to purchase SES O3b MEO managed services up to $516.7 million over five-years. By putting the BPA in place, the DoD has been able to drastically cut the amount of time needed to acquire satellite services. 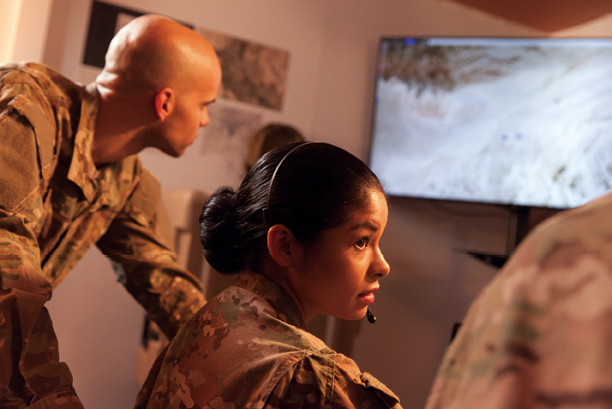 The BPA, and its ability to cut acquisition time, was touted by Mr. Nichols, who said, “We’re initiating a number of Blanket Purchase Agreements. This cuts the acquisition time down to a remarkable level, really, when you think about it…Most BPA task orders can be awarded within 17 business days.”

However, that could be 17 days too many when mission-critical satellite solutions are needed. When a problem arises, the Combatant Commands (COCOMS) face massive pressure to have connectivity available immediately, like it would be in a commercial environment.

Brigadier General Christopher Eubank did an excellent job of describing this pressure when he said, “As a COCOM J6 with an AOR of 53 countries – massive continent – your boss walks in and says, ‘I have a problem in Country X. I need this. I need it now.’ The last thing he wants to hear is that it takes me 17 days to get that bandwidth. Let me explain what he’s expecting. He’s expecting that [it’s similar to when] he walks into Verizon and buys a phone. It’s provisioned and he walks out with a service.”

How can the military create a situation where SATCOM services are always available to the warfighter when and where they’re critically needed?

Partnering for a SATCOM Pool
Although the BPA is a step in the right direction, it still takes time between identifying the need for SATCOM solutions and effectively acquiring them through the BPA. 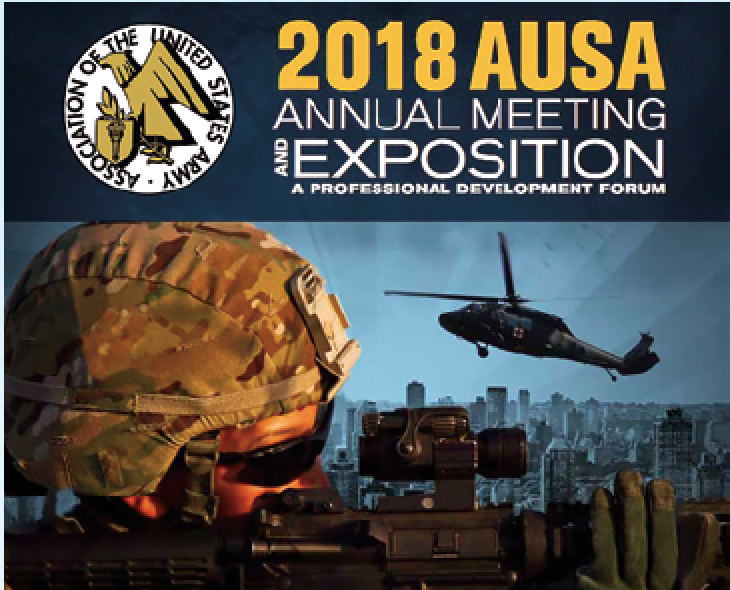 In addition, the bulk of satellite purchases outside of the BPA are still done on the spot market. A system that, according to Mr. Hoene, treats COMSATCOM services as a “commodity” and COMSATCOM providers, “just like any old vendor,” when they should be treated, “like a strategic partner,” and the capacity treated as vital infrastructure (similar to the way the U.S. Government buys fiber).

That’s because, by more closely aligning with the satellite industry, the military could find some reasonable alternatives that will make satellite bandwidth more readily accessible at the speed of war.

One concept floated by the panelists involved the creation of a “bandwidth on demand” pool of satellite resources that could be tapped into by military organizations when and where they needed them.

In this instance, satellite resources would be acquired in advance. With tight, restricted budgets, it was difficult for military organizations to spend dollars on something that they wouldn’t benefit from or use immediately. However, the appetite for that could be changing.

According to Mr. Nichols, “One of the areas that we are exploring is establishing a core network... As customers have a demand for service, we would already have a core network in place in various bands for various services that would essentially lead to a very rapid ability to acquire that bandwidth because that bandwidth would already be in place.”

To help make such a system as this possible, industry and the military could work together to shape requirements and identify an acquisition model that would work for both parties.

This sentiment was shared by Mr. Hoene when he said, “When we talk about bandwidth on demand, we understand that there’s an affordability aspect. There has to be a creative and innovative way to make this happen from a contracts perspective...“

As the discussions at this year’s AUSA SATCOM panel illustrated, today’s military relies too heavily on IT services and capabilities to not have immediate, on-demand access to the secure satellite communications they need to keep the warfighter connected.

COMSATCOM providers can no longer be, “just another old vendor.” They are key strategic partners providing a necessary warfighting tool.

By working together, the military and satellite industry can identify innovative acquisition models and methods to ensure that satellite connectivity is always there when it’s needed.

Ryan Schradin is the Executive Editor of GovSat Report. A communications expert and journalist with more than a decade of experience, Ryan has edited and contributed to multiple popular online trade publications focused on the satellite, unified communications and network infrastructure industries. In addition to editing content and establishing editorial direction, Ryan also contributes articles about satellite news and trends, and also conducts both written and podcast interviews for the GovSat Report. Ryan also contributes to the publication’s industry event and conference coverage, providing in-depth reporting from leading satellite shows. Ryan is a Senior Contributor for MilsatMagazine.