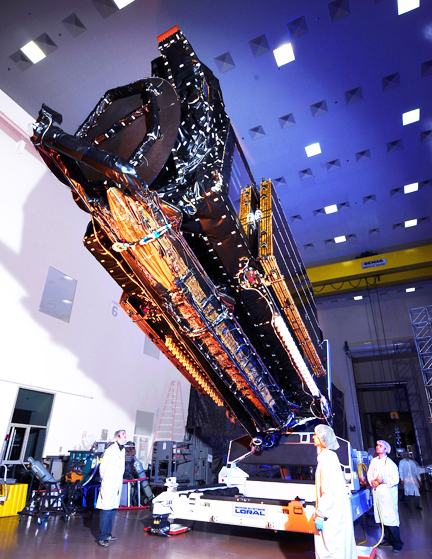 Fifty years ago, America launched its first operational communications satellite — Courier 1B — built by Space Systems/Loral. Courier 1B was the world’s first transponder satellite, besting the broadcast-only capability of the USSR’s Sputnik 1.

The satellite generated an enormous sense of national pride as President Eisenhower used the satellite to broadcast his 1960 Christmas message from the White House to the United Nations. Back then, Space Systems/Loral was the Western Development Laboratories Division of the Philco Corporation. 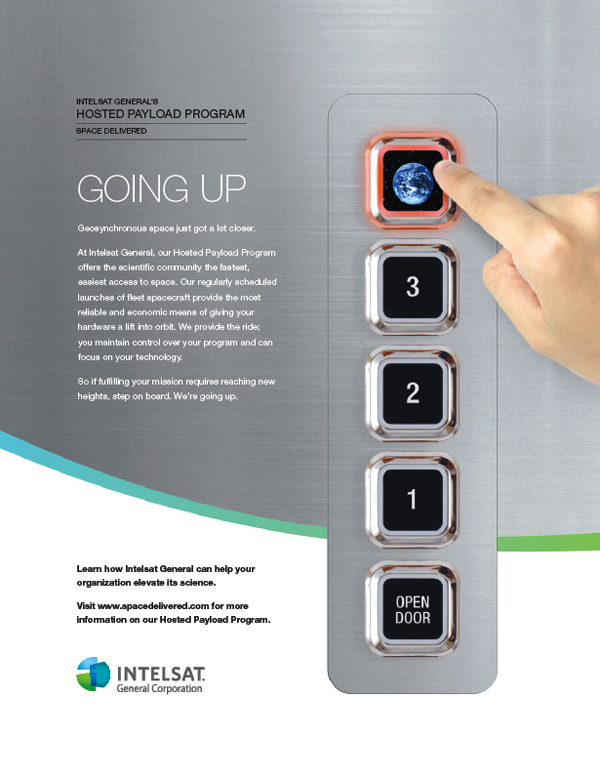 In 1961, Philco became a subsidiary of the Ford Motor Company. In 1975, the name changed to Aeroneutronic Ford, and the next year it was changed to Ford Aerospace, a name that was used for more than two decades.

Since 1960, SS/L has launched 231 satellites, including 69 using the highly reliable and flexible 1300 satellite bus. Today, SS/L is the world’s leading manufacturer of high-performance, commercial, geostationary satellite communications systems. Each satellite has been manufactured at the Company’s Palo Alto, California campus.

In fact, 2009 was among the busiest at SS/L, with seven successful large satellite launches and seven new awards. How has SS/L been able to amass such an impressive record of performance? To be sure, great people are required. Additionally, an unwavering focus on Mission Assurance is another key to the Company’s success.

Space Systems/Loral has always adhered to strict mission assurance processes and procedures based on sound system engineering principals. In the 1980s, SS/L incorporated government military standards and specifications into already robust and proven company procedures. More importantly in the 1990s, when the rest of the aerospace industry abandoned military specs and standards as part of “Acquisition Reform,” SS/L did not follow suit. 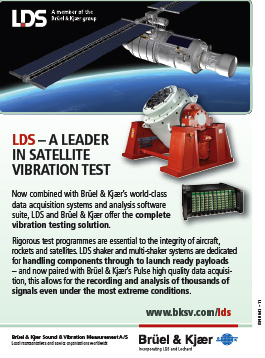 Similarly, SS/L does not postulate a different mission assurance approach for each satellite build, but proposes and follows the same robust mission assurance procedures on every satellite manufactured in the factory. This approach results in high learning curve yields and low percentage of rework.

SS/L may not yet be a household name, but the Company’s customers and their products and services are. Some of the companies that depend on SS/L spacecraft include: DIRECTV, DISH Network/EchoStar, Globalstar, Intelsat, SES, Sirius XM Radio, Telesat, TerreStar, and Wildblue/ViaSat. SS/L is also currently building two high capacity broadband satellites for service in the U.S. for Hughes Network Systems and for ViaSat.

SS/L successfully launched, deployed, and transitioned seven satellites in 2009. The first launch of the year was Telstar 11N on February 26th for Telesat from Baikonur Cosmodrome, Kazakhstan. The second and third launches occurred on separate continents a mere 22 hours apart. 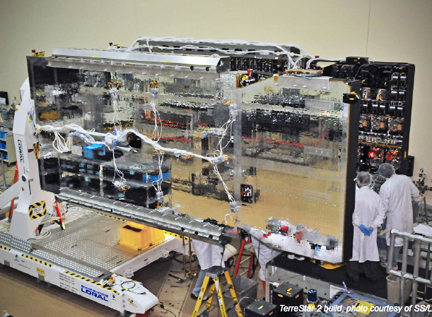 On June 30th, Sirius FM-5 was launched for SiriusXM Radio from Baikonur followed by the TerreStar-1 launch for TerreStar Networks from Guiana Space Center, French Guiana on July 1st.

AsiaSat 5 was launched August 11th for Hong Kong-based AsiaSat from Baikonur, followed by the launch of Nimiq 5 for Telesat on September 17th, also from Baikonur.\

NSS-12 was launched for SES WORLD SKIES from French Guiana on October 29th. Finally, on November 22nd, the Intelsat 14/IRIS satellite was launched on an Atlas 5 rocket for Intelsat from Cape Canaveral, Florida. 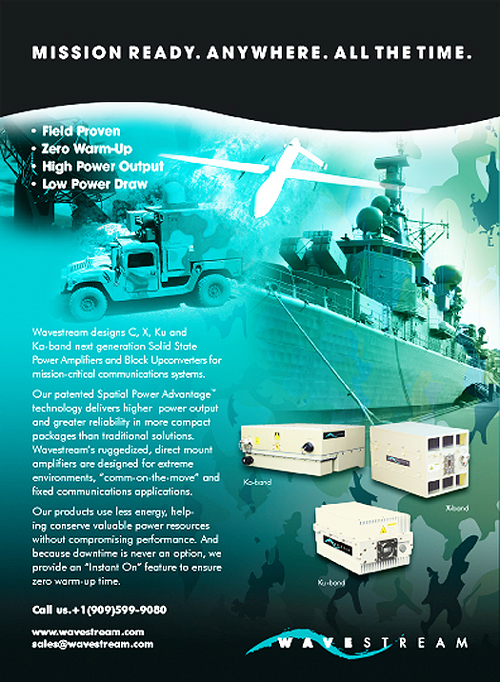 “There is a certain excitement with every satellite launch that I know we share with the Space Systems/Loral team,” said Rob Briskman, co-founder and Technical Executive of SIRIUS XM Radio. “With this very powerful satellite supplementing our existing constellation, we can assure our listeners of the continued exceptional experience that they have come to expect.”

TerreStar-1 is an S-band satellite with the largest unfurlable antenna on a commercial satellite. It was built by Harris Corporation for the satellite. After a thorough pedigree and test result review following the April deployment anomaly on a similar satellite built by a different manufacturer, the Launch Readiness Review correctly concluded the satellite was clear for launch. TerreStar-1 successfully deployed its 18 meter antenna and transitioned operations to TerreStar on schedule. 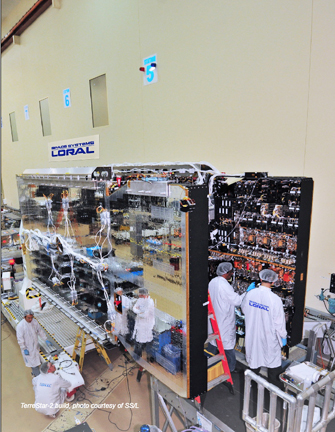 “The successful launch of TerreStar-1 marks the start of a new era in integrated satellite and terrestrial mobile services,” said Jeffrey Epstein, president of TerreStar Networks. “Space Systems/Loral has been an important partner in helping us achieve our vision.”

This successful launch was the result of years of dedicated effort. “Over one million hours were spent to design, build, and test TerreStar-1 at Space Systems/Loral alone,” said John Celli, president and chief operating officer of Space Systems/Loral. “The completion of this highly complex satellite is truly a testament to our skills, hard work, and dedication, and the support of many suppliers around the world.”

Fittingly, the seventh and final launch of SS/L’s golden anniversary occurred at Cape Canaveral just down ICBM road from where Courier 1B launched a half century earlier. Many changes have occurred at the Cape in the intervening decades, but an absolute commitment to mission assurance has not. 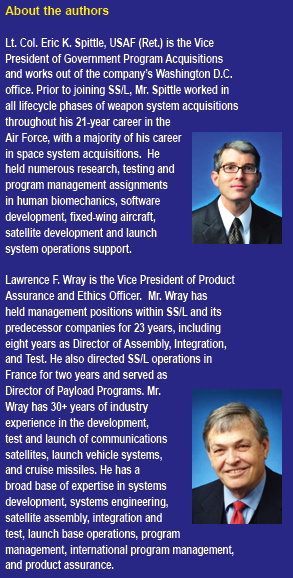 Throughout its 50 year history, Space Systems/Loral has partnered with the government and commercial industry to provide highly reliable and capable satellite communications capabilities, because commercial and US Government space programs have identical mission success goals. The ability to support DoD in the defense of the nation is a source of pride at SS/L. With as many as 33 percent of the DoD’s commercial satellite usage being received and transmitted through SS/L manufactured satellites, that’s a lot of performance and a source of pride. It is also a huge responsibility. As impressive as 99.999 percent availability is, the men and women of SS/L are driven daily to improve the performance and reliability of the next generation of communications satellites using our time-proven Mission Assurance approach.

According to General Steven Boutelle, U.S. Army (Ret), who is now Vice President of the Global Government Solutions Group (GGSG) at Cisco Systems, more than 94 percent of military satellite communications used today in the Gulf are delivered via commercial satellites. This fact sheds a positive light on the robust reliability of commercial satellites and commercial satellite manufacturing practices, which are already crucial in serving the military. Now the challenge is for the US Government to develop a space policy that enables government agencies to better leverage the cost and schedule advantages of the commercial industry, beyond annual leasing of commercial transponders already on orbit. With today’s lean USG budgets both civil and military agencies are considering how they might benefit from expanded access to the benefits of commercial satellites. 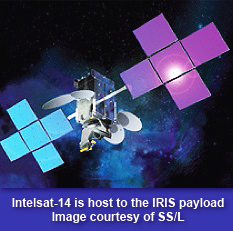 Hosted payloads are one solution that is being seriously studied. With approximately 20 commercial satellites projected to be launched annually for the next five years, there is an opportunity for multiple government payloads to be positioned around the world without the government footing the full bill for spacecraft and launches. In a recent panel discussion at the industry conference, Satellite 2010, Joe Rouge, director of the U.S. National Security Space Office (NSSO), commented that every commercial satellite that is launched without hosting a government payload is a “missed opportunity.”

He added, “There is a radical shift in government thinking. The commercial industry has shown to us that they are capable of building capable systems. That was something that we were not ready for. There has been a real shift in this.” There will always be technologies and missions that are unique to the government, and will require more traditional government procurement processes. However, if requirements are well understood and the technologies are mature, then commercial satellite manufacturers and operators are well-positioned to team with USG organizations to develop reliable satellite systems. Systems built using rigorous commercial processes can bring much needed capability to the war-fighter rapidly and less expensively, while maintaining or even improving system availability.

Speaking to the commercial manufacturers and operators on the panel, Rouge noted, “It is taking longer and longer for government to launch programs, where the commercial sector is taking less time. We have made this industry unexciting. That is what you bring to us and what we can’t do all on our own. We need to learn from your experience.”