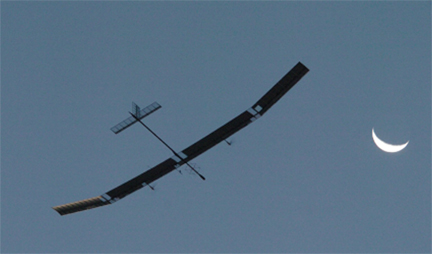 However, what is exciting to many technology vendors is that this new bill also paves the way for use of Unmanned Aircraft Systems (UAS) into commercial U.S. skies. For companies such as FreeWave Technologies that provide reliable, high-performance spread spectrum and licensed radios for mission-critical data transmission, the bill opens up significant new market opportunities to sell wireless communication technology into the new governmental and non-governmental markets.

Today there are proven wireless data communication technologies for unmanned systems in the government and defense markets. Some vendors, such as FreeWave, have mastered the requirements for military UAS applications, are already selling wireless data communication solutions into the government and defense markets, and offer technologies that can send and receive mission critical data reliably over long distances.

FreeWave’s radios are used for a variety of military applications—from asset tracking to troop training, guided parachutes to chemical and biological sensing; and most especially, the command and control of unmanned systems, such as robotics, ground vehicles and unmanned aircraft systems. Just this past year, we announced a major company milestone regarding the current military UAS platforms that our solutions are embedded within.

Our military line of wireless radio transceivers have logged more than one million flight hours with some of the top military, government agencies and Original Equipment Manufacturers (OEMs) around the world. Take, for example, the MM2 radio that is designed specifically for unmanned systems and weighs a mere 14 grams with a size of 1.4-inches high by 2.0 inches wide.
FreeWave is excited by the opportunity this new FAA bill offers. It opens up new opportunities for us, our partners and other technology vendors to expand our solutions and offerings into new commercial markets. Until now, there have been limits to selling these types of solutions to customers and partners in the defense and government markets only. For example, ways in which this new bill can positively impact organizations include: 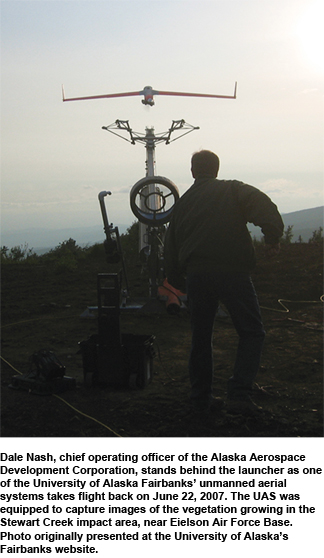 We believe that the growth of components, systems and technologies that surround UAV/UAS will explode when the public airspace opens up for unmanned systems. This is because unmanned systems can be sold to many different end-users that never had the opportunity to take advantage of this technology before. It opens up new ideas and applications for ways in which unmanned systems in our commercial skies could be used.

In example, farmers now pay commercial pilots to fly over their crops to see if there are any health issues, e.g., viruses, irregularities, insect problems, and so on. This type of application now can be managed by an unmanned system at a much lower price point.

Oil and gas or energy companies can use UAS platforms to monitor the health of pipelines and other infrastructures from the air covering large, remote areas that would otherwise take enormous amounts of time and manpower.

Local police departments can have a UAS in the trunk of their cruisers and use it for hostage situations to obtain better visuals as to what might be occurring inside a building. A UAS can also be used to assist in tracking criminals from fleeing a crime scene.

Developing countries might use UAS to spray and control mosquito colonies using repellents and pesticides to help eliminate viruses that are detrimental to the health of any society.

These are just a few of the applications officials and companies have identified that could tap the benefits of UAS in commercial skies—clear evidence as to just how big the potential is for this new market for UAS. This, truly, is what the industry has been waiting for, while on the other hand one of the big challenges to face is addressing the way to properly manage the tens of thousands, potentially even hundreds of thousands, of new unmanned systems that will be accessing commercial airspace.

FreeWave sees some additional challenges ahead, as well. In particular, many new rules and regulations will be put in place to make certain piloted systems safely and effectively share the sky with unmanned systems. Proper protocols must be put into place to help govern the airspace in order to ensure unmanned systems don’t inflict damage upon people, property, or any other manned (or unmanned) systems.

With the number of helicopters, private planes and jetliners in the skies today, the question becomes, how can we, as a society, manage all of the new air traffic with the introduction of UAS platforms into the U.S. commercial skies? Currently, pilots and air traffic controllers manage the traffic control systems along the entire flight path to make sure everyone knows where any plane is, the latitude and longitude, the elevation it is flying at, and so on. We don’t currently have that capability with a non-piloted system, therefore, how are we going to manage the airspace with unmanned systems joining piloted systems?

The answer is by implementing UAV sense-and-avoid techniques and/or collision avoidance capabilities. These techniques will require the use of many different systems, including sensors, analytics, evaluations and more. As sensing a target is only the first step to collision avoidance, effective maneuvering procedures and accounting for environmental factors also need to be incorporated. Collaboration on the development of UAS sense-and-avoid techniques must be conducted in a comprehensive systems approach and not concentrate on just one layer of functionality. These technologies can also be used by manned aircraft to further increase the safety of their operations as well.

On a different note, it becomes interesting to consider having very long range UHF or VHF radios that can broadcast hundreds of miles to talk to other unmanned systems. In a sense, you have established somewhat of a mesh network so these unmanned systems can sense what is in the immediate area. At some point, operators could put these radios on jetliners as well, so they also have these sensing capabilities for another layer of safety and communication.

In the future, this problem could potentially be solved by mandating transponders on all UAS platforms of a certain weight. Overall, the automation of the skies becomes a very real conversation now that unmanned systems will be making their way into the commercial sector. We expect this to be a hot topic in the coming years and expect a greater collaborative effort across many companies and industries.

The new bill also brings up the issue of applying rules and regulations to prohibit the unlawful use of unmanned systems, as well. As a society, we need to make sure these systems don’t get in the hands of the wrong individuals. We, as a society, must also make certain these systems won’t be used to infringe our personal privacy. In the past, there have been problems with people operating unmanned systems and flying them over people’s backyards for spying purposes. The voyeuristic aspect of these systems can be frightening and the correct steps need to be taken to help ensure that our privacy isn’t violated.

In addressing these issues, the new bill states that significant standards will be set for the proper licensing of UAS operators and that the FAA is the governing body that will review the causes of accidents involving UAS technology. As a technology vendor that contributes to the success of these UAS platforms, we will need to adapt our systems to support these new rules and regulations in order to ensure only approved user(s) of the UAS are in control of the platform while in flight. With radio frequency technology, implementing multiple layers of security are required to ensure the effective and reliable delivery of critical communication data.

Our frequency hopping spread spectrum technology, for example, provides one layer of security to ensure the proper safety measures are in place for unmanned flights. Furthermore, security measures such as 128 and 256 bit AES encryption over a variety of frequencies and data rates prevent unauthorized access to the signal as well.

Rules and regulations still need to be hammered out. However, we are excited to witness the passage of the new FAA bill. We expect many challenges, along with a variety of new applications and marketing opportunities as this technology moves forward.

Vendors, such as FreeWave, that also manufacture their UAS products will need to adapt to the increased numbers of radios being sold for the new commercial platforms. We look forward to the continued integration of our radio technology with existing OEM partners and expect new partnerships to form, as well. We will continue to help drive the successful implementation of unmanned aircraft systems in the commercial skies in a safe, practical, and valuable manner.