When General John Raymond left Air Force Space Command for a new assignment in 2010, he was a one-star general leaving behind a relatively stable strategic environment. 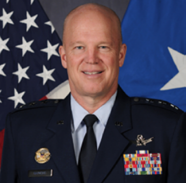 Space capabilities at that time were focused on technologies that could support the warfighter on Earth. Space itself was not viewed as a potential battlefield in its own right.

On October 26th, the day after earning his fourth star, Gen. Raymond returned to head a Space Command involved in a “crowded and contested environment,” with many new challenges.

“As we move into our 35th year as a Command, we can’t do business the way we have in the past... We don’t have that luxury,” he wrote in his Initial Commander’s Guidance and Intent, according to a November 1st article in Space News. “Space and cyberspace are no longer benign environments.”

These two areas are only part of a multi-domain responsibility in which the Air Force must work with other services in conducting today’s warfare. Such a responsibility means Space Command needs help, Raymond wrote. It must work more closely with “the intelligence community and other government agencies, our allies and foreign partners, and the civil and commercial sectors. When we operated in benign environments, these partnerships were important; in contested domains, they are critical.”

Just how critical was a subject addressed at length in the “Space Enterprise Vision (SEV),” announced in April by Raymond’s predecessor at Space Command, Gen. John Hyten, who replaced Adm. Cecil Haney as the head of Strategic Command on November 3rd. Raymond is expected to continue pursuing the goals of the SEV.

Since the April SEV announcement, Hyten and Space Command staff have had meetings—many of them classified—with about 700 industry officials, each side seeking to define their respective roles.

Doing so would “free up our airmen to do what we think they’re going to be called to do in the future, which is understand a thinking enemy and be able to react and defend our constellations,” said Maj. Gen. Nina Armagno, who oversees strategic plans and programs at Space Command. “These partnership opportunities are exciting because they offer the chance for cost sharing as well as expanding capabilities.”

Bringing industry into Space Command operations has been talked about for more than a year. The job becomes even more important with another SEV element: joining currently disparate control systems into one, called Enterprise Ground Services.

Other SEV elements include increasing satellite resilience, in part through disaggregation; cheaper rockets and more agile launch operations; and improved space situational awareness. Industry has potential roles in all of these areas.

Launch operations can be sped up. Integrating satellites with military launch vehicles takes from 60 to 90 days, Armagno said. The Air Force wants to trim that time to weeks to be ready to replace satellites damaged or destroyed in orbit.

In contrast, the Intelsat Epic 33e and Intelsat 36 satellites were integrated with their Arianspace launcher in about a week for their August launch.

Ahead for the SEV under Gen. Raymond’s watch is clarity on timing as well as specific tasks before industry can invest in the plan’s future. Satellite companies have asked to be involved at the front end of satellite system architecture, as well as gain greater insight into plans so as to plot a course to greater involvement and support.

It’s clear that Gen. Raymond has to look ahead, and that his view from the commander’s office is different than it was during his 2009-2010 stay at Space Command.

“Our adversaries have noticed [U.S. advantages in space and cyberspace], and we are now facing new challenges that could disrupt our warfighting capabilities and threaten our national interests,” he wrote. “How we respond to the growing challenges in these domains will shape our ability to protect vital national interests well into the future.”

Skeptics abounded in 1963 when Joseph Charyk went looking for investors and customers for the new, quasi-private Communications Satellite Corporation (COMSAT).

The company came into being when President Kennedy signed legislation designating COMSAT to represent the United States in the nascent international satellite realm.

With Sputnik having launched just six years earlier, satellite technology was in its infancy. U.S. military and communications industry leaders thought low- or medium earth-orbit constellations could meet their needs.

But Charyk advocated placing a few platforms in geosynchronous orbit that could relay signals over wider areas and provide global service.

In August of 1964, with Charyk as its founding president, COMSAT helped create, and was the majority owner of, the International Telecommunications Satellite Consortium, known as Intelsat.

Designers and engineers made many leaps in technology over a half century to get from Intelsat I, with either 240 voice circuits or one TV circuit—Early Bird could not do both at the same time—to today’s Intelsat fleet of more than 50 satellites.

The advances from Early Bird’s capability to that of today’s growing Intelsat EpicNG high-throughput satellite constellation took more than a few innovators and dreamers.

Charyk, who died in Delray Beach, Flordia, on September 28th at the age of 96 was one of those dreamers.

Born in 1920 to Ukranian immigrant parents in Alberta, Canada, Charyk moved to the United States to earn a doctorate at CalTech.

After teaching at Princeton, then heading Ford Motor Company’s non-automotive business, Charyk was named the Air Force’s chief scientist, then held other government positions that included being the first head of the National Reconnaissance Office—all while trying to get back to industry.

Upon being named to head COMSAT, he worked to raise capital and customers for a company still seeking an identity.

His chief problem involved beliefs that geostationary satellites would be too heavy to be launched with the propulsion means of the day; that they were limited to a lifespan of about 18 months; and that a half-second delay in transmitting voice communications would be unacceptable to users.

Intelsat I weighed 76 pounds and was in service for four years—that it got to space at all was a saga. In an oral history of COMSAT in 1985, Charyk recalled an early meeting with Gen. David Sarnoff, head of RCA. Charyk believed RCA would be an ideal customer and investor, and so made his pitch for support.

Sarnoff replied, “Well, you’re talking about doing things that may or may not work, that may or not make economic sense.” RCA had invested heavily in equipment for high frequency radio stations.

Charyk recalled that Sarnoff’s staff chimed in objections, then stopped when Sarnoff raised his hand and said, “You know, I think he’s right.”

Sarnoff became a customer and on October 26, 1965, six months after the first satellite’s launch, RCA broadcast the “Town Meeting of the World” on CBS, with students from London, Belgrade, Paris and Mexico City talking via Intelsat I with former President Dwight D. Eisenhower, UN Ambassador Arthur Goldberg and then-Solicitor General Thurgood Marshall. This was the first two-way commercial television program transmitted by satellite and the first time multiple points on both sides of the Atlantic were linked by television.

The trip from there to today was charted by Charyk, who ran COMSAT for 22 years until his retirement in 1985, and others who pioneered satellite communications.

“The thing that impresses me about the old stuff is that what used to be a remarkable thing is just accepted as routine,” Charyk said in a Washington Post story in 1981. “...The idea that I can see an event or talk to anyone in the world is now accepted as a routine thing.”