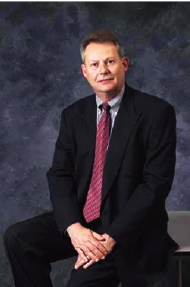 For more than 25 years, Mr. Dorworth has worked on the development of award-winning enterprise software products. Prior to founding Stampede Technologies, Mr. Dorworth was the director of Engineering for 10NET Communications, a division of Digital Communications Associates (DCA), and was a principal design originator of the 10NET peer-to-peer Local Area Network. One of the most successful LAN operating systems to emerge in the 1980s, 10NET was developed and marketed by the highly profitable Fox Research prior to its 1987 acquisition by DCA. Mr. Dorworth joined Fox Research’s development team in 1983 and was instrumental in helping 10NET achieve international acceptance. 10NET was recognized as the leading NOS in Europe and was available in over 12 languages with an installed base of more than 650,000 units worldwide. Prior to joining Fox Research, Mr. Dorworth held various advanced development positions at NCR Corporation.

SatMagazine (SM)
Mr. Dorworth, would you please offer our readers some information as to your background and how you came to found Stampede Technologies?

Gordon Dorworth
I began my career at NCR Corporation here in Dayton, Ohio as an engineer, working on transaction processing systems for their mainframe computers. I was also part of the advanced development group that built the first peer-to-peer network called DecisionNet. I left NCR to join a team of five that started a company call 10Net Communications, where we developed the first WAN-based peer-to-peer network. We grew 10Net into a company with $20 million in revenue, with more than 650,000 nodes worldwide, and we became the number one vendor in Europe — over companies such as 3Com, Novell and Microsoft. We sold 10Net to Digital Communication Association (DCA).

After we sold 10Net to DCA, I started Stampede Technologies. This came about after we had such great success in proliferating all of the peer-to-peer networks. I saw how the market was changing with remote and mobile users using laptops to connect into their corporate offices, which led me to see the opportunity to develop Stampede’s first products.
We developed a line of remote access (RAS) products called Remote Office. We were able to leverage our networking expertise to develop dial-in networking software that enabled a user to connect their laptop remotely, and have complete network access to corporate resources on the corporate LAN.

SM
What distinguishes Stampede from other firms in the same market segment?

Gordon Dorworth
Back in the early 1990’s, we saw how the Terminal Server vendors were able to address the remote connectivity market by converting their products into remote access servers. The challenge, and what turned out to be the opportunity for Stampede, was with client acceleration technologies and dial-up client capabilities where the Terminal Server vendors lacked expertise.

The problem we addressed and solved was for remote users connecting to their home office over slow network links using a modem; remember, this was in the early 1990’s. For example, when using cc:Mail, the screen would take so long to come up, it was excruciating. With Stampede’s accelerating technologies, such as caching and protocol optimization, the screen would come up almost instantly.

Back in 1995, Stampede was in an enviable position to OEM our remote access client products to many of the Terminal Server vendors, such as Cisco, DEC, Hayes, US Robotics, Xyplex and many others. The OEM model that we built with our remote access client software is what gave us the tie-in with acceleration technologies that we applied to other applications, such as email. Stampede became the forerunner for accelerating email applications, such as Microsoft Mail, Lotus cc:Mail, Novell GroupWise, etc. A few years later, I believe the year was 2000, we applied our acceleration technologies to Lotus Notes. The problem with Lotus Notes was the application’s use of replication, where the user could actually replicate their entire mail database to their laptop to work on offline. Stampede applied our acceleration technologies to the Lotus Notes replication model for both client-to-server and server-to-server products. These enterprise-level applications were used by the largest companies in the world.

SM
With many years of experience within the enterprise software worlds, how and why did you key in on the satellite communications arena as a major focus of the company?

Gordon Dorworth
Stampede’s first entry into the satellite market was with a very large financial services company that needed our acceleration technologies for Lotus Notes that they used in all of their 1,485 loan offices across the United States. All of their loan offices were connected by a Hughes satellite network. They needed a solution that addressed the satellite link performance that was hampering the delivery of their company-wide email.

Fundamentally, WAN optimization is deployed to make applications run faster. However, what you quickly discover about application performance over the WAN; is that it’s not about bandwidth; it’s really about latency and “turn reduction”. For example, sending a network packet from New York to Los Angeles over a WAN link takes 50 milliseconds. If you have a globally distributed enterprise, and have web applications with chatty protocols, you are immediately in need of an application delivery product to address delivering enterprise applications over latency sensitive links.

For satellite link, latency gets even worse as the typical round trip from a satellite and back down can take 600-700 milliseconds. Reducing latency becomes a key area of importance in satellite environments.

Another critical area of importance is to reduce “turn reduction” and shrink packet payloads, as well as using acceleration technologies such as caching and compression to optimize bandwidth utilization. For chatty protocols, turn reduction can take multiple packets, and deliver them within fewer, larger payloads. This type of acceleration used across a satellite link provides a huge benefit in reducing the effects of latency.

Beyond latency, network congestion plays a major factor. For example, satellite, cellular, wireless, WiFi and WiMAX environments use shared links. If the service provider over-subscribes their network capacity; if one thousand users are on a single link that supports one hundred users, you invariably will have a slow network.

Even today, as new Ka-band satellite communications that offer faster connections are being deployed; this bandwidth will quickly get consumed. It’s like the old adage, “give them more, and they will use it”. As KA-band satellites get deployed, they will provide more bandwidth capacity for satellite service providers to sell. What you will see is more people being populated on these satellite transponders. However, eventually, these satellite links are going to be out of capacity as well. The convergence of voice, data and video is evolving in the United States. But, in other countries, unified communications is what they are building from the start, because of the demand for more data that is being driven by new applications and devices that enable it.

Gordon Dorworth
Today, there are many factors that impact network performance. Network convergence is becoming the vehicle for a whole host of bandwidth-consuming applications. We used to have a separate TV, stereo, video recorder, camera, CD player and phone — all used independently, with no interconnectivity.

Today, these are all available on a single device, such as smart phone, desktop computer, iPad and notebook computer, all consuming huge amounts of data over limited amounts of bandwidth, at unprecedented rates. And the amount of bandwidth consumed by these devices is only going to grow.

Not only are these new devices consuming huge amounts of data (and therefore, bandwidth), they are enabling new capabilities that were not available before. For example, there are now more opportunities to expand where you get your music. We used to get all of our on-air music over the radio airwaves. However, now we can get it over the Internet, and from sources that we never could before.

Today’s new TVs are Internet-enabled. You can get streamed videos, watch YouTube on your TV, we can listen to music, access data, etc. Now all of this information is available not only to enterprise users, but home users, as well. The ramping of the amount of data that is consumed by individual users and enterprises is increasing exponentially.

That is where Stampede’s products come in to accelerate data center servers that deliver these applications, and optimize the networks to improve performance, and minimize the amount of bandwidth these applications can consume. Our products are capable of accelerating applications across a wide framework of technologies. They are being used in a wide array of devices and applications, from a stand-alone network appliance located in a data center, to a modem, router, or client devices that are use over satellites, wireless, WiFi, WiMAX and terrestrial networks.

SM
With interests in both the SATCOM and MILSATCOM arenas, is there a sympathetic union of technologies to address solutions of interest to these camps?

Gordon Dorworth
We live in a very fast-changing world, and there is more of a bridge between the commercial and military that creates a union for using WAN optimization and application acceleration products. The military can no longer work based on proprietary standards that take years of development, and by the time they are available, they are obsolete. More than ever before, government entities are using standard off-the-shelf products and services in order to stay ahead of the curve. If they don’t do this, their systems will become obsolete, and they will not be able to compete.

SM
Where would you like to see Stampede in one year? Five years?

Gordon Dorworth
Given the application of Stampede’s technologies within the many areas that we’ve discussed today, we expect very rapid growth over the next five years. Stampede plays in several areas, with technology partnerships that support satellite service providers, and satellite service providers that use our products to be more competitive, by getting greater utilization out of their satellite links, and delivering a better, faster service to their customers. We are also delivering our technologies within embedded systems in a wide variety of business and consumer devices within diverse markets. 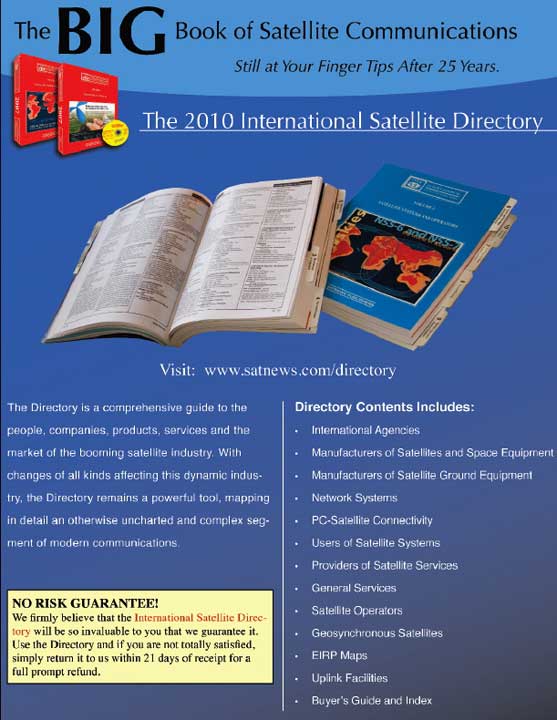