In the last decade, the U.S. commercial space industry has pushed the limits of innovation to entirely new heights. The industry is developing novel space-based solutions that support a wide range of missions and pioneering the development of technologies that will improve lives on Earth and explore and advance the use of space.

Capabilities such as artificial intelligence and machine learning (AI/ML) are increasing the speed at which analysts are able to solve critical problems from space; companies are coming up with disruptive new ideas that promise to increase access to what once was a frontier only available to national governments; and satellite imagery is becoming more persistent and more valuable. 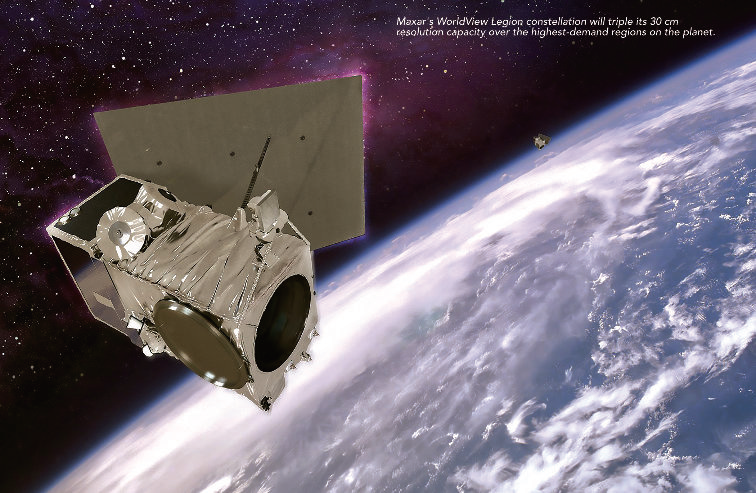 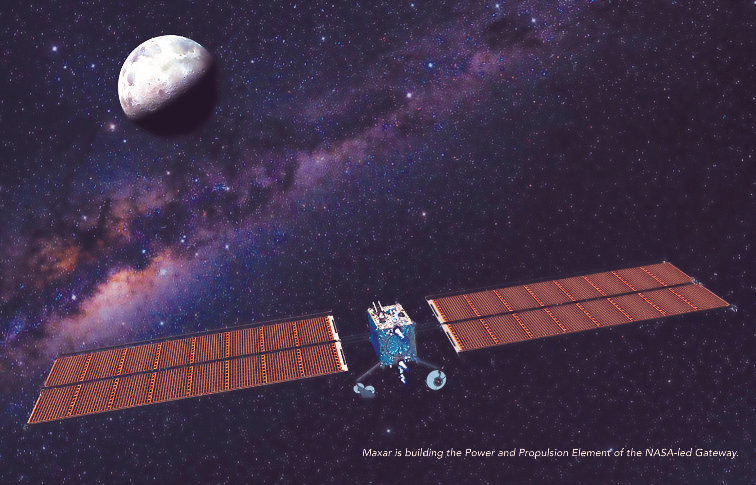 This swell of innovation has not gone unnoticed by the U.S. government, which in recent years has placed an increasingly high value on the use of commercial services, hardware and imagery. 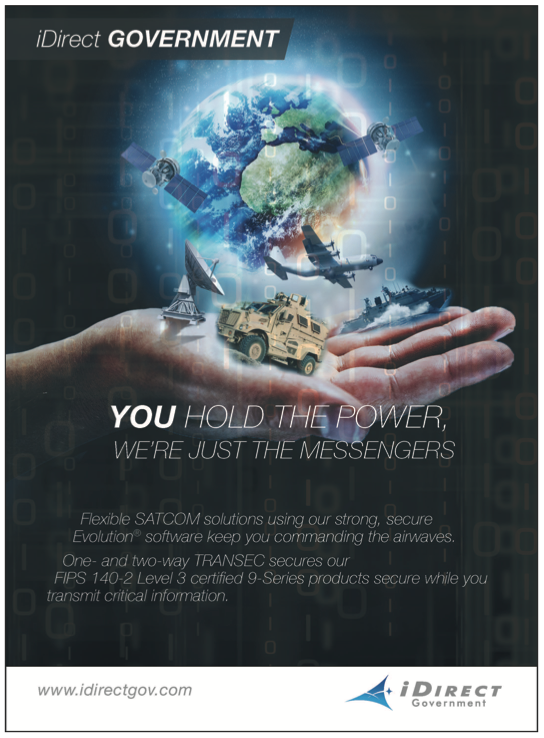 As reported by CNBC, this year’s NASA budget request mentions the word “commercial” almost twice as much as last year’s request. In a similar vein, the DoD and Intelligence communities have been focused reforming acquisition to enable the rapid procurement of commercial technologies for years.

For example, earlier this summer, the U.S. National Reconnaissance Office (NRO) selected Maxar to help them understand the satellite imaging capabilities that will be available in the years ahead.

As a trusted partner to the U.S. government for decades, Maxar plays a crucial role in delivering innovative Earth Intelligence and Space Infrastructure solutions for critical missions. In my role, I am responsible for all sales, business development, account management and service delivery across our combined national security and commercial customer base. This position provides me with a unique vantage point into the U.S. government’s increasing use of commercial capabilities have been focused on reforming acquisition to enable the rapid procurement of commercial technologies for years. For example, earlier this summer, the U.S. National Reconnaissance Office (NRO) selected Maxar to help them understand the satellite imaging capabilities that will be available in the years ahead.

What I see in the Earth Intelligence realm is an insatiable appetite for more persistence and actionable intelligence—not just pixels. Persistence is the ability to stay on target and not lose track of objects of interest, whether located in space or on Earth.

At Maxar, we’re amping up the delivery of persistence with our forthcoming WorldView Legion constellation, which will triple our 30 cm. Resolution capacity over the highest-demand regions on the planet and allow us to image the Earth from sunrise to sunset.

We’re also leveraging our deep mission expertise and 1,500 cleared experts to continue delivering the highest resolution and most accurate commercial satellite imagery to the NRO through the EnhancedView contract and mission-ready satellite imagery in multiple classification levels through the Global EGD program, which was recently extended four years by the National Geospatial-Intelligence Agency.

Maxar’s WorldView Legion constellation will triple its 30 cm. Resolution capacity over the highest-demand regions on the planet.

Industry-leading imagery is not just the end product but a vital raw material for the answers and actionable insights we provide to various U.S. Defense and intelligence agencies.

Using our extensive expertise in AI/ML, data science, big data integration and domain-specific analytics, we gather content from many sources, sensors and providers, and then combine that content with powerful geospatial analytics to help customers be more predictive in their critical decisions and more productive in their daily operations. 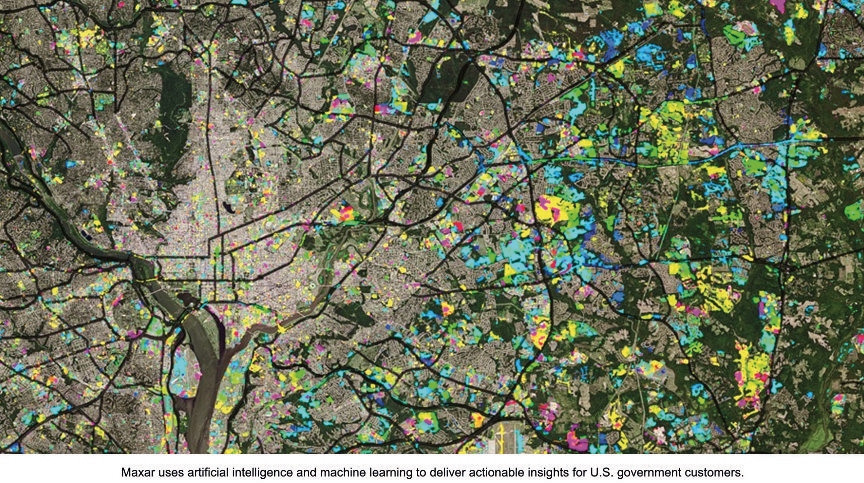 On the Space Infrastructure side, we’re seeing revolutionary capabilities brought to bear by the commercial industry. As demand for persistence grows along with humanity’s desire to explore the universe and need for 24/7 global internet access, the necessity for more sophisticated technologies and greater access to space has become paramount. To address these requirements, entirely new approaches are being developed to enhance our understanding and use of space.

Similar to Earth Intelligence, Maxar is a leader in this arena. A few months ago, we were selected to build and fly the first element of the NASA-led Gateway, an essential component to NASA’s Artemis program to land American astronauts on the surface of the Moon by 2024 and enable future crewed missions to Mars.

In August, NASA asked Maxar to leverage its experience as the proud space robotics partner for all six of the agency’s Mars landers and rovers to deliver a robotic arm for use on the Moon.

Maxar is integrating some of this robotic technology on the spacecraft it is building for NASA’s Restore-L, which will refuel a satellite in low Earth orbit. Maxar is building the Power and Propulsion Element of the NASA-led Gateway.

Increasing access to space—the lifeblood of the space industry—is something that we’re working on from multiple angles. Using robotics, we’re developing Dragonfly, a dexterous system that will enable the on-orbit assembly of satellites, telescopes and other systems that might not fit into a standard rocket fairing when fully assembled.

A new and exciting era is now being entered wherein commercial providers are creating revolutionary capabilities and disruptive ideas for space. This swell of innovation is transforming the way U.S. government agencies approach the development of new technologies.

As a trusted partner in Earth Intelligence and Space Infrastructure, Maxar is working at the leading edge of innovation to deliver disruptive, cost-effective and powerful solutions that build a better world and help our U.S. government customers solve their most complex problems.

Tony Frazier joined Maxar in 2017 after its acquisition of DigitalGlobe and serves as our EVP of Global Field Operations. In this role he leads all sales, business development, and services delivery activities for the company outside of the Canadian market.

Prior to Cisco, Mr. Frazier held senior marketing roles at Infor, iPhrase Technologies, an MIT start-up acquired by IBM, and pcOrder.com. Mr. Frazier began his career in strategic consulting at Bain & Company. Mr. Frazier holds a Bachelors of Systems Engineering from the University of Pennsylvania and an MBA with distinction from Harvard University.