Talk to space defense acquisition specialists, and you’ll often hear references to the “color” of money.

In the U.S. Department of Defense (DoD), the term “color of money” refers to an appropriation category for a DoD financial account. 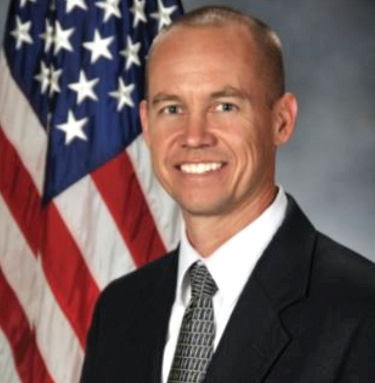 “The ‘color of money’ is a term that is used to highlight the fact that we don’t execute ‘green money’
in the appropriated funding lanes,” said Michael S. Wood, Space Systems Command/ FM technical
director and chief, Financial Analysis Division. “Congress appropriates
different funding in different appropriations and within specific line items that set legal limitations
on the use of those funds.” 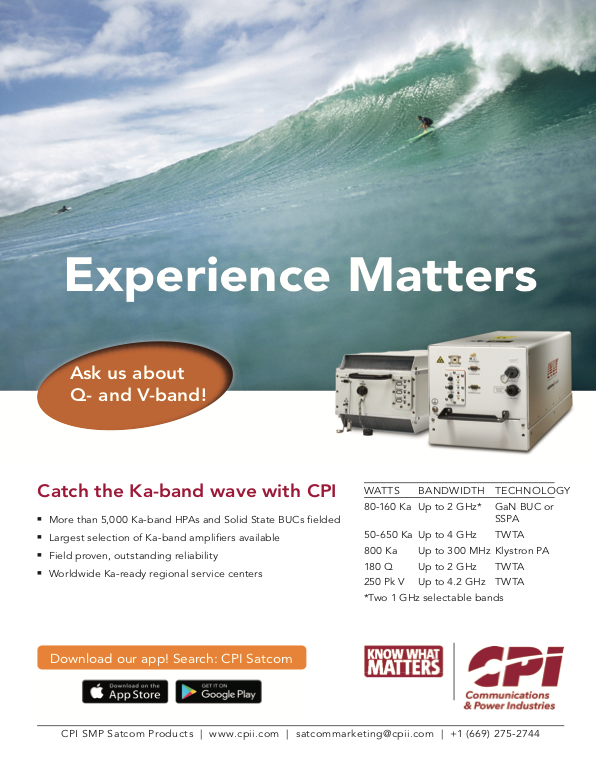 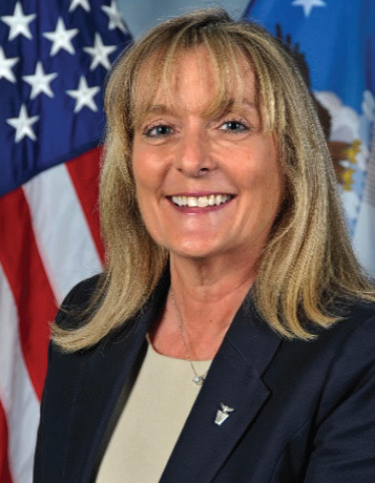 “Unfortunately, ‘colors of money’, while important for fiscal oversight, can limit acquisition agility,” said Joy M. White, executive director for at SSC. “Funding strategies are structured for a five-year period and approved annually, which means that it may be challenging to rapidly pivot to confront a new threat posed by an adversary or adopt a new commercial technology with speed,” she said, continuing, “Adopting a new strategy in the middle of a budget cycle requires extensive justification and approvals,” White added. “It’s my hope that the Congressionally established Planning, Programming, Budget and Execution (PPB&E) commission will include some recommendations that enable greater flexibility and speed in the budgeting process, so that we, as a nation, can beat the threat.”

“We don’t have one big pot of funding to execute,” Wood said. “If we want to move funding between different line items, it’s a reprogramming action, subject to prior approval at certain thresholds - and movement between appropriations requires the use of general transfer authority, which is also limited by Congress. Appropriations have a lifecycle, in terms of their availability for obligations and expenditures. The body of fiscal law and policy around use of appropriations is massive.”

Potential fiscal law violations can fall into three categories: violations of time, purpose or amount, Wood said that spending money after a particular time period has expired, for the wrong purpose or in the wrong amount, the penalties for such violations can range from fines to prison time.

It all begins with the National Defense Authorization Act and the Appropriations Act, bills approved annually by Congress that provide the U.S. Department of Defense with funding.

Early in the year, the President of the United States submits the federal budget request — including the portion for the DoD — for the following year to the authorizing Congressional subcommittees.

“The NDAA is setting parameters around what funds can be used for,” Wood said. “If the NDAA is like opening a checking account, the Appropriations Act is like making a deposit.”

SSC currently has an $11 billion space acquisition budget and the USSF’s FY 2023 budget request is $24.5 billion, compared to roughly $773 billion budget request for the entire U.S. Department of Defense. At a recent visit to SSC, Chief of Space Operations, Gen. Jay Raymond, noted that USSF’s budget makes up only 2.5 percent of the total U.S. Department of Defense’s budget, but the information the USSF provides from its space assets benefits all of the other military services.

“I agree with Gen. Raymond – it’s a misnomer to say that space is expensive,” Wood said. “If you look at the capability that we bring to bear, both for our national security, other federal agencies, our national infrastructure and our allies – it’s a tremendous return on investment.”

The world of defense acquisitions can be extremely complicated, and space acquisitions no less so. It’s not a matter of just filling out a purchase order and handing it over to one of the large “prime” defense contractors, Wood said.

In the nearly three years since the U.S. Space Force was created, it — and SSC —have been working to shape a more streamlined approach to space acquisitions that reflects the reality that space is no longer a benign environment, but a contested, congested and challenged area with adversaries keen on surpassing the United States’ supremacy in space. 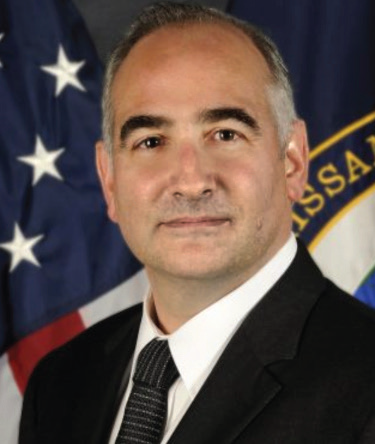 As the USSF is part of the U.S. Air Force, at the top is the newly-appointed Assistant Secretary of the Air Force for Space Acquisitions and Integration, (SAF/SQ) the Honorable Frank Calvelli, who serves as the Service Acquisition Executive (SAE), the decision-maker for space acquisition programs for the U.S. Space Force, said Col. Neal Roach, SSC Core Team Lead. SSC’s five Program Executive Officers (PEOs) serve as the execution arm of developing the capabilities the USSF needs and report to Calvelli. 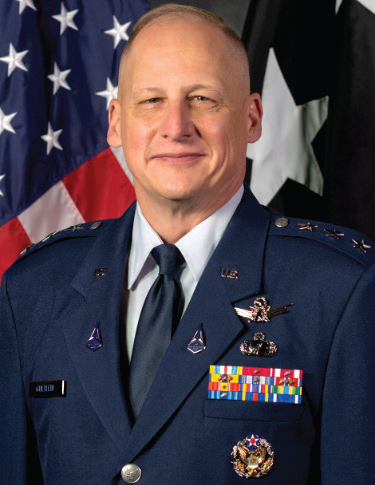 SSC Commander, Lt. Gen. Michael Guetlein, is charged with integrating those capabilities for the SAE to ensure that SSC has consistency across the entire enterprise, Roach said, adding, “The PEO interface with the SAE reinforces and highlights that the flat, streamlined organization of the U.S. Space Force allows for capabilities to be developed between mission areas at the speed needed for the U.S. Space Force.”

Another critical element of how SSC is developing space acquisitions is the use of commercial services, Roach noted. “In order to take advantage of commercial and partnership opportunities, we need to consider the color of money available to execute.”

“SSC’s financial management community has been leading the charge to promote fiscal policy reform to increase agility and speed in the allocation of resources to address emerging threats and opportunities,” Wood said.

SSC has been contributing to Department of the Air Force (DAF) and congressional panel discussions on acquisition reform, including the DAF Management Initiative (MI) #7 for Tech Transition Pipelines and Mechanisms and the DoD Planning Programming Budgeting and Execution (PPBE) Commission. 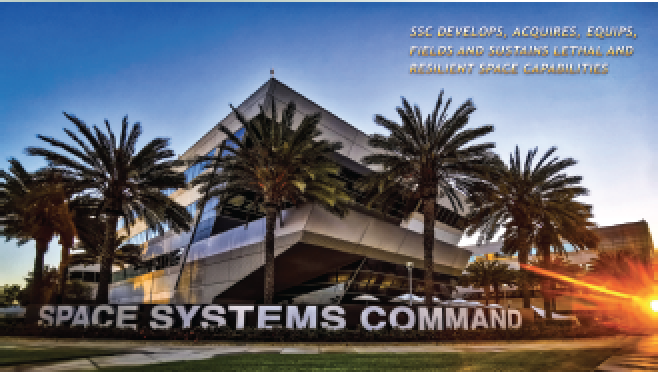 “It remains a key focus area for us to enable Space Force objectives,” Wood said. “Our financial apparatus has got to support the breaking down of stove-piped materiel solutions in closed architectures against a perceived static threat and requirements. We have to shift to an environment of constantly evolving threats that will drive agility in our requirements process and our openness to alternative materiel solutions and the ability to fund an integrated system of systems. That requires agile funding solutions.”

SSC also has been focusing on partnering with commercial space industry and allied partners early in the process, to help translate operational requirements into system requirements and exploit technological advances to address warfighters’ needs, Wood said.

At the same time, because of federal acquisition regulations, it can be an arm’s length partnership.

“From a financial perspective, the most exciting thing going on right now in SATCOM is the approval from OSD Comptroller of the ‘Enterprise Space Activity Group (ESAG)’ working capital fund that SSC will manage,” Wood said. “This fund will offer government and allied access to the EMSS and COMSATCOM Solutions business lines, thus providing unlimited access to the global commercial Iridium constellation and COMSATCOM capabilities.”