When Typhoon Haiyan hit the Philippines on November 8, 2013, the Visayas region bore the brunt of one of the most powerful tropical cyclones ever recorded. Satellite technology served as the key enabler for first responders to communicate and deliver relief support to the survivors. 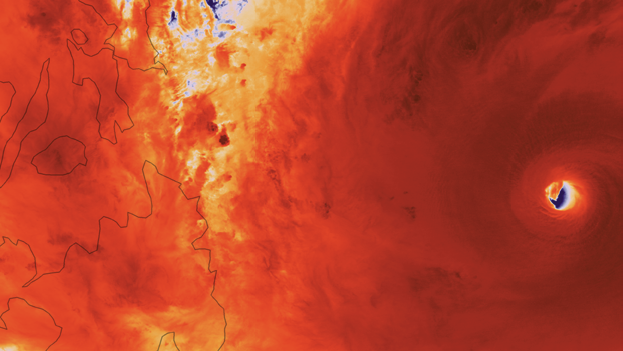 The Suomi NPP satellite captured an incredibly detailed infrared image of Super Typhoon Haiyan’s eye as it orbited over the storm at approximately 05:25 UTC on November 7, 2013. The entirety of the storm is actually cut-off by this and the previous orbit. This situation would normally result in reduced satellite data quality at the edges of the sensor scan. However, the VIIRS instrument has minimal data quality degradation at the scan edges, resulting in such highly detailed images. The image capture is courtesy of NOAA.

In addition to causing extensive infrastructure damage, Typhoon Haiyan resulted in severe disruption to communication networks in the worst-hit areas, such as the city of Tacloban.

As global aid organizations and non-governmental organizations (NGOs), such as the International Telecommunication Union (ITU) and NetHope, sprang into action, the lack of a reliable means of communications meant that officials were unable to provide the organizations with the critical information they required, such as road status and accessibility to the affected communities.

Gisli Olafsson, Emergency Response Director at NetHope, said, “When disasters strike, the damage to critical infrastructure could prevent relief workers from having reliable access to situation updates. That’s when satellite communications capabilities become very important, in helping key decision makers make quick field assessments and deliver aid to those who are most in need.”

In The Thick Of It
Olafsson, who led the NetHope team deployed in the Philippines, explained that his organization’s immediate objective was to help restore communications infrastructure. NetHope issued an appeal to collect the technologies needed to bring connectivity to the millions of people affected by the disaster. Working on the ground, the NetHope team also supported its 22 member organizations and other responding NGOs by ensuring that they are able to utilize the available technology capabilities to better coordinate relief efforts.

“We have member organizations operating in many different locations and a lot of coordination is required to cover all the affected areas, which cannot be accomplished without the proper communication platforms. Our main role was to serve as a facilitator between our corporate partners who are donating the communications equipment, and the NGOs involved in delivering aid to the affected communities,” Olafsson added. Thuraya donated 65 SIM cards, each preloaded with US$300 worth of credit, within 20 hours of NetHope’s request. 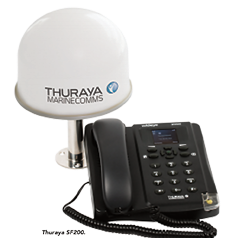 As part of a longstanding emergency telecommunications agreement between Thuraya and the ITU, 50 Thuraya satellite phones, equipped with GPS to facilitate search and rescue, were also dispatched, to support the Philippine government in the disaster response. Besides the deployment of emergency communications equipment, ITU experts also worked with the local authorities to train first responders in the use of the satellite equipment during their operations and for logistical support.

Dr. Cosmas Zavazava, the ITU’s Chief of Department, Project Support and Knowledge Management, said, “The ITU took immediate action by arranging and paying for the transportation of the equipment to the Philippines, as well as made an initial airtime allocation of US$60,000 for the Thuraya handsets, which was later increased based on demand.”

“The biggest challenge our team faced was the lack of communications during the relief efforts. If we had prior access to the equipment ITU delivered, it would have made a huge difference in enhancing the delivery of health services and disease surveillance,” he explained.

Dr. Zavazava added, “With the rapid deployment of satellite equipment, first responders gained access to timely information on the ground to help them collect data to support their emergency response activities. This enabled effective search and rescue operations and the evacuation of victims, as well as the coordination of humanitarian work such as the distribution of medicine, food, and water.” 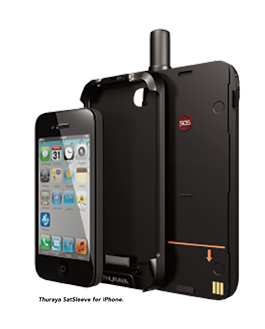 To facilitate the relief efforts, Thuraya reached out to its Philippine service partner SMART Communications (Smart) and initiated the provision of more than 100 Thuraya SF2500 units, Thuraya SatSleeve and the Thuraya XT to the Philippine government agencies and relief organizations.

Tina Mariano, Head of Smart’s Global Access Group who was involved in coordinating the effort on the ground in Tacloban, described how satellite handsets were delivered to support air control operations, after the Philippine authorities requested for assistance. She explained: “After the air traffic control towers at Tacloban’s domestic airport were destroyed during the storms, the use of satellite phones enabled the local authorities to coordinate and give priority to military evacuation flights.”

Thuraya and Smart also converted more than 70 Marino Phonepal (SF2500) units into mobile call centers, which were set up in more than 27 municipalities to enable survivors to contact their family members. The lack of power supply proved to be no obstacle, as the SF2500 units could be charged easily using 12-volt car batteries.

For many of the survivors in Tacloban, the public calling offices were their first opportunity to get in touch with their family and friends. Mariano recalled, “It was a highly emotional scene at the public calling offices, full of people crying and trying desperately to get in touch with their loved ones. Moments like these make you realize the true value of satellite communications.”

Enhancing Disaster Preparedness Using Satellite
Thuraya’s robust satellite network performed a key role in providing relief workers with a reliable communication channel that kept them connected at all times during the relief operations for Typhoon Haiyan. By providing satellite equipment that can be easily deployed, Thuraya and its partners were able to help the Philippine authorities restore vital communication links at the affected areas.

“First responders require highly compact and portable equipment to address emergencies under demanding conditions. Thuraya’s broadband terminals are designed for mobility, and can be easily deployed for a range of video conferencing, email and other applications. Equally important, our handheld solutions empowered the relief workers with high voice quality and hands-free calling capabilities, and the Thuraya handsets provided a dependable platform to facilitate timely coordination and deployment of relief efforts during Typhoon Haiyan,” Ayoub said.

The versatility of the satellite handsets and broadband terminals used in a disaster zone is another important factor for rapid and effective deployment of emergency communications equipment. For instance, the Thuraya SatSleeve enabled NGO workers to make the most of the satellite network coverage using the familiar interface of their smartphones.

Ayoub explained, “We recognize that ‘bring your own device’ (BYOD) is becoming the norm today, and demonstrated our versatility by developing equipment that are highly portable, secure and streamlined—as seen in the Thuraya SatSleeve. With the SatSleeve, relief workers were using their iPhone or Android phones to respond even more quickly and efficiently in highly pressurized environments.”

Moving forward, Thuraya aims to further raise the awareness of satellite as the critical infrastructure for relief operations and help government authorities around the world explore how satellite communications equipment
can be integrated into disaster management plans.“Satellite services should be included in the early planning for any disaster preparedness policy in order to facilitate rapid damage assessment and coordination between key emergency personnel,” Ayoub said. “We aim to continue working with local municipalities and police departments to streamline first-responder protocol in times of a disaster, to enable government and aid agencies to communicate their needs more quickly.”

For further information, please visit the Thuraya infosite at http://www.thuraya.com/ 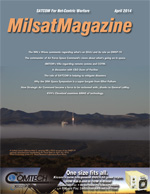