People on the edge of the SATCOM world have often viewed the industry as static and slow to change; however, when are at the heart of the action, the evolution and transformation that is occurring at an ever-increasing pace can readily be seen. 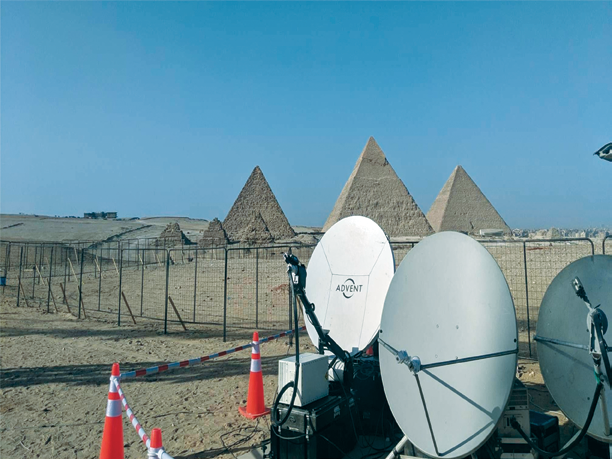 The military and public safety markets can reap numerous benefits by drawing on the fast-paced innovation occurring in the commercial video broadcast market. This market segment has decades of experience in providing high-quality, low-latency imaging within a commercial budget.

In an era where Commercial Off the Shelf (COTS) solutions are increasingly being viewed as excellent value, advances in live broadcast SATCOM technology should certainly be of immediate interest to the military and emergency services satellite community.

For more than 25 years, Vislink Technologies has been a global leader in the transmission of ultra-low latency, high-end full motion video, utilizing a portfolio of proven satellite ground terminals specifically designed to transmit superb quality video in the most demanding and extreme environments.

Tracking Innovation
As an industry that relies on RF technology, SATCOM is starting to integrate with the ever-increasing IP-connected world.

The rapid increase in High Throughput Satellite (HTS) and Ka-band capacity is testament to that fact, with some predictions suggesting a doubling of capacity by the early 2020s.

There are major ongoing innovations in what has been termed “New Space” —– Low Earth-Orbit (LEO) constellations that promise connectivity for locations that have always been a challenge for any form of reliable communication — offering dependable, high bandwidth infrastructure to developing nations, polar regions and marine services.

As more and more bandwidth capacity becomes available to military and public safety concerns, there will be a swift increase in user requests for broadcast quality, Full Motion Video (FMV) with actionable intelligence to increased situational awareness with low end-to-end latency to support accurate decision making.

Vislink Technologies is seeing transition and growth driven by users’ desires to experience more and better visual communication systems. The advent of 4K UHD resolution video is impacting TV broadcast services and could have a similar, significant influence in the military and public safety environment, as well. Forward-looking statements of intent indicate that 2019 is likely to bring an increased demand for payload capacity and antenna systems that fulfill the link budget requirements of higher bandwidth transmissions.

The Broadcast Downlink
Live broadcast-over-satellite continues to be driven by cost-per-bit economics. Uplink operators are keen to reduce OPEX costs by investing in greater transmission efficiency.

Over the past several months, Vislink Technologies has been actively innovating to deliver that next step-change for uplinkers. This includes a suite of new satellite products in the form of the DVE 6100 satellite encoder and IRD 6200 satellite decoder which, together, provide end-to-end video connectivity using new HEVC compression and DVB-S2X satellite modulation.

For operations that are dealing in 4K quality video, this new technology is the key that makes a service launch a practical reality. It is not just the search for OPEX cost reduction where the new HEVC and DVB-S2X technology finds a home. With increased efficiency in use of valuable bandwidth, operators now have access to more payload capacity without transmission cost increases. 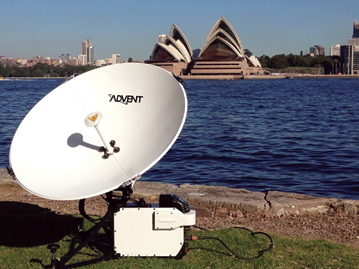 While this product offering was initially offered to commercial video broadcast applications, it offers the reliability and quality needed for MILSATCOM operations. The Vislink DVE encoder and IRD decoder products have developed a strong following in the SATCOM world by mixing high-quality video compression with low-latency processing — highly valuable when a communication channel inevitably incorporates a geostationary round-trip. The small form-factor and integrated HPA control capability delivers valuable space-savings in increasingly sophisticated uplink vehicles or for fly-away applications that must comply with airline baggage regulations.

Bringing IP to SATCOM
Where does the IP world come in to the picture? In short, everywhere! IP internet connectivity between equipment is preferred as it leads to common interfacing and lower cost installations — and for mobile operations, a valuable reduction in weight. New standards for video interconnection are now available.

In the past year, we have seen the advent of SMPTE 2110 as a mechanism to transport baseband video-over-IP, with the first, all-IP video production trucks brought into service in the commercial broadcast sector — 2019 appears to be the year that many SATCOM operators will follow suit and finally transition to all-IP internal connectivity.

IP is increasingly critical on the external communication side, as well. In today’s hyper-connected world, it is unrealistic to expect remote and mobile teams to be beyond reach of IT network connectivity. This year, Vislink Technologies has been responding to this need with a brand-new satellite terminal, with IP at its heart, the AirPro75Ka antenna.

The antenna offers high-rate IP connectivity that allows ad-hoc connection to the Eutelsat Konnect (formally Tooway) network. The AirPro75Ka terminal is a single-click device that automatically finds the satellite and provides users on-air connectivity in a matter of minutes. The antenna system uses pay-as-you-go data bundles for general connectivity and file transfer in conjunction with the ability to book uncontended satellite time to enable live, reliable transmission.

The AirPro75Ka antenna has many fans in the SATCOM industry as it addresses the need of operators to work in newer, smarter ways, with better use of budgets. The Ka-band IP connectivity provides improved flexibility, better price-per-bit and a physically smaller antenna package than traditional Ku-band terminals. This allows it to be installed as a companion antenna on existing C2 platforms or as a sole transmission device on new smaller vehicles.

Having tested the market response to the device this year through data transmission trials — including on environmentally friendly, electric vehicles, customers like the robust, yet affordable, construction as well as the concept that Vislink is trialling the sale of the antenna and air-time as combined package. These features will enable a quick-and-easy transition to the IP-connected world. The company’s expectation is to have bring this solution to the mass-market in the coming year.

With such a heavy investment and commitment within the SATCOM industry, Vislink is re-affirming its long-standing connection with the satellite community. Users taking delivery of new satellite products in 2019 will also notice improved user interfaces as well as a fresh, modern, Vislink Technologies logo that reflects the dawning of a new IP-centric satellite world.
www.vislink.com
twitter.com/vislink

David Edwards started his career as a design engineer working on the first generation of Direct Conversion satellite demodulators for Digital TV - realizing an all-silicon solution that enabled a shift in technology price points and reduction in complexity.

With a background in designing link budgets for many of the world’s leading broadcasters’ satellite networks, Edwards understands the balance and trade-off of video quality, network reliability and operational cost that operators require to create a financially successful satellite-based business. 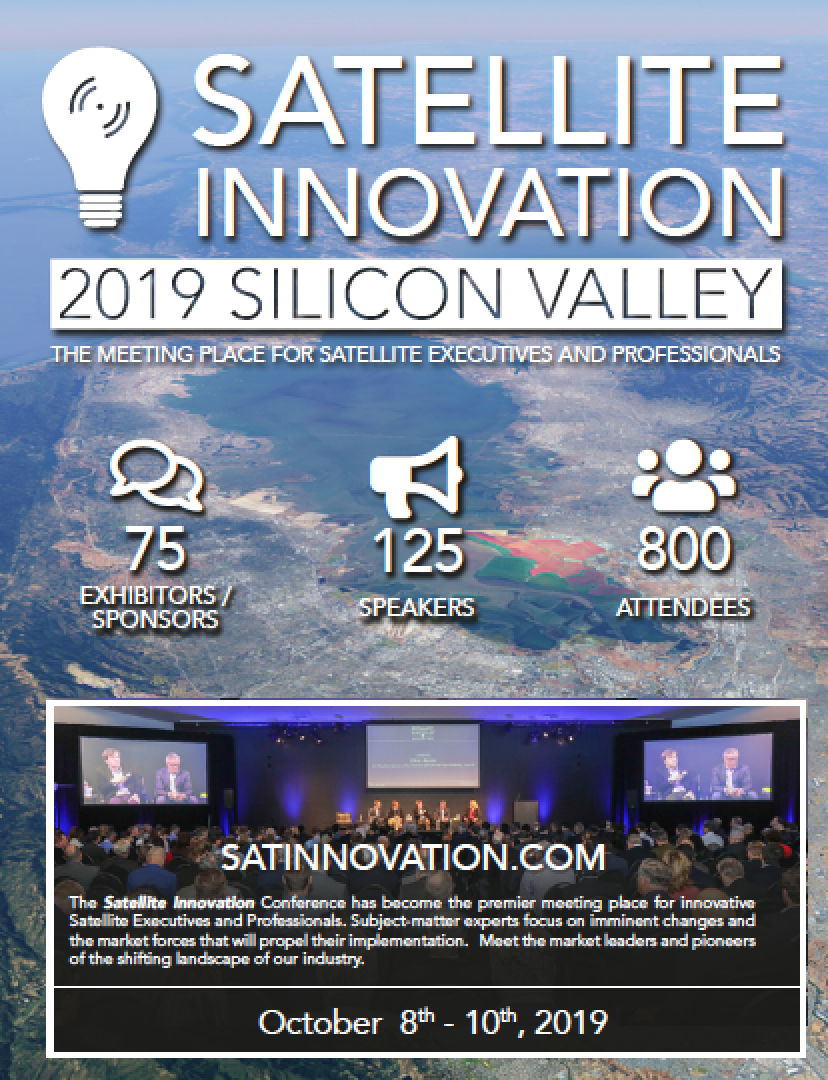