Well, not exactly, of course, but the metaphor from the 1990s book about relationship problems is within the universe of apt descriptions for separate development paths often taken by payload owners and satellite operators. 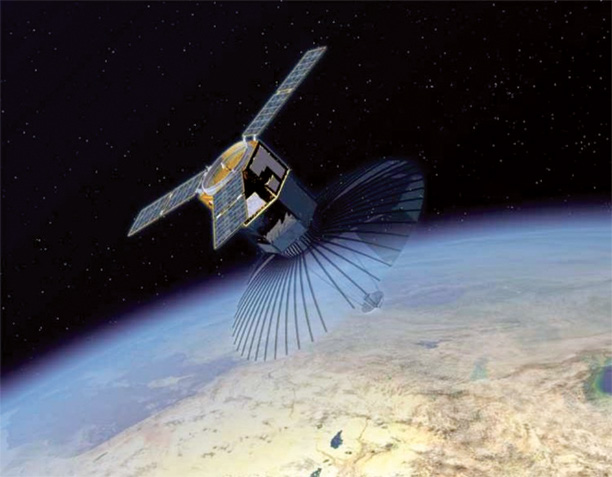 Artistic rendition of the MSV in orbit. Image is courtesy of Northrop Grumman.

A primary point of divergence is the question of whether government and industry should agree on a set of standardized interfaces for hosted payloads.

Satellite manufacturers, for their part, have been historically perceived as cautious toward the idea of common hosted payload interfaces. Mainly, they say, standardizing payload interfaces limits their flexibility and would establish an alternative to their own proprietary interfaces created at considerable cost.

How can they resolve these relationship problems?

Recently ORS took delivery of the first bus that implements a modular, rapidly reconfigurable architecture using open standards developed by an industry consortium in conjunction with the Air Force Research Laboratory and the ORS Office. Called the Modular Space Vehicle (MSV), the spacecraft was designed and built by Northrop Grumman.

The scalable, open architecture allows bus components and payload modules to plug into a central spacecraft network using standardized technology, much like the way new hardware can be plugged into computers via USB ports.

These give MSV unusual flexibility. It can accommodate payloads for a vast range of missions (radar imaging, missile warning, military communications and weather); and operate in several different orbits after being launched from a variety of launch vehicles.

Missing A Mission
The only element missing is a mission. MSV’s intended mission was canceled before the spacecraft bus could be completed... leading us to ask Hosted Payload Alliance members:

Will the separate development of hosted payloads and the main mission platforms lead to better system modularity, standardized interfaces and a shorter integration cycle?

“The concept of a modular bus with an open architecture has great potential and we commend the ORS and Northrop Grumman efforts.  It is yet another in an emerging broad range of cost-effective variations on the hosted payload concept.  The advantage of a hosted payload on a commercial spacecraft means that the government mission pays only for a small cost share of a bus, launch and potential use of gateway and terrestrial network infrastructure.  To obtain these advantages, the bus will have to suit the requirements of a typical telecom satellite.

Commercial telecom satellite manufacturers have become quite adept at integrating a variety of hosted payload missions onto their heritage bus platforms.  At SSL we launch six or seven satellites a year and have for many years.

Throughout this time we have been evolving our spacecraft bus to suit the changing needs of the world’s commercial satellite service providers.  The 1300 satellite bus is also a modular platform with ample real estate and power capability for services such as direct-to-home television and broadband Internet as well as various hosted payload missions.  The company has a track record of hosting a wide variety of sensor payloads at a marginal fraction of the overall satellite cost, while maintaining commercial production schedules under fixed price contracts.

Recently NASA has taken an innovative approach to an upcoming laser communications demonstration by working with SSL to create an interface that can be integrated onto any of our 1300 spacecraft in advance of selecting the particular host. This approach balances the advantage of a common interface architecture with the unique design requirements of today’s telecom satellites.”—Eric Spittle, President, SSL Federal

“We don’t believe that all hosted payloads are equal.  There are systems that are autonomous from the primary mission and the satellite, and in these cases we can provide SWAP (size, weight and power) and standard interfaces (akin to a USB port) that can easily be accommodated.  Other hosted payloads require additional capabilities and are more integral to the design of the satellite.  For these more “custom” payloads a standard interface would be applied.  With the advent of “space wire” and movement to “cloud” approaches, the evolution of even more standard interfaces for hosted payloads are in the very near future, and in some cases now!”—Jim Simpson, President, Boeing Satellite Systems International, Inc.

“Separate development paths for hosted payloads and main mission platforms will allow less mature capabilities to be inserted at the appropriate time to ensure they meet the stringent timelines associated with most commercial missions. The preference is for hosted payloads to be included in the overall design of a given satellite at the beginning of a program but if that is not possible, hosted payloads need to be designed with enough flexibility to accommodate multiple platforms. Standards already exist today and may vary a bit between satellite manufacturers but payloads can be easily accommodated. Even in today’s satellite communications industry, all satellite manufacturers need to integrate various communications payloads from a number of communications payload providers—all with varying standards.”—Rich Pang, Senior Director, Hosted Payloads, SES Government Solutions

“We see a slow evolution towards more commonality because organizations driving it—the Air Force Research Laboratory with the Modular Space Vehicle, and the Office of the Director of National Intelligence with the Space Universal Modular Architecture—are pushing towards common interfaces and more plug-and-play. The advantages of migrating to standards will be accrued to both hosted and hosting missions since fewer variables will mean less custom design, modeling, simulation and testing. That will save money and decrease cycle time while providing more flexibility in hosted mission integration. It also should improve reliability by reducing anomalies. We’ll caution that a one-size-fits-all set of interfaces isn’t likely because of differences in hosted missions and the extent to which hosted payloads will depend on host infrastructure, such as command and communications. And standards will not be static, of course—they will have to evolve as technology improves capabilities.” Tim Frei, Vice President, Communication Systems, Northrop Grumman Aerospace Systems 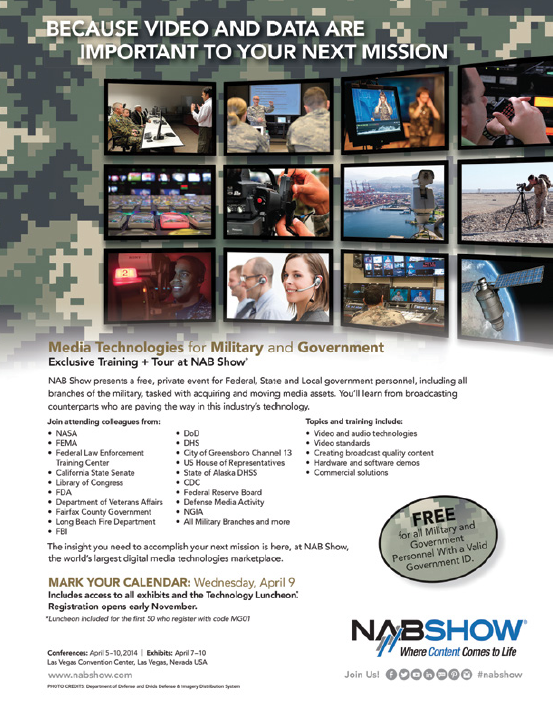