With the Afghan National Security Force (ANSF) leading its first missions against the Taliban in Helmand, Giles Peeters considers the primary communications concerns for the departing NATO forces and the ongoing ANSF operation. 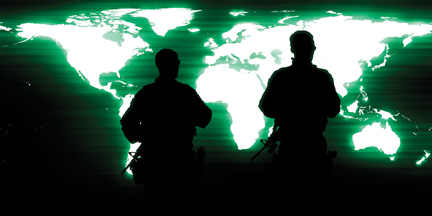 Afghanistan highlighted the fact that NATO required allied forces to be able to communicate with each other over large distances, often at short notice, in mountainous conditions that didn’t lend themselves to reliable radio communications. Prior conflicts in Kuwait and Bosnia were fought either as industrial warfare, in which NATO owned the communications ground, or were small enough for radio and cellular coverage to suffice as an effective communications medium.

At the start of the Afghan conflict in 2001, NATO had limited military satellite capability that could be dedicated to the forces under the organization’s control. This beyond-line-of-sight (BLOS) capability gap soon became an urgent operational requirement (UOR) that led to the introduction of AN/PRC-117 multiband radios with SATCOM antennae and channels. These were designed to transmit on tactical satellite as well as VHF and UHF frequencies. As progress through the country was made and radio relays were setup and maintained, the problem became manageable and the 117s fulfilled their purpose. However, the ongoing BLOS challenge is now being experienced by ANSF as it starts to lead operations against the Taliban.

It isn’t feasible to equip what is a very large army with high value communications devices such as the 117, which will need to be managed and maintained. A solution is, therefore, required that will turn a disparate force, tasked with fighting a war amongst the people over a terrain spanning thousands of miles, into an effective, organized power. The ANSF needs to be able to communicate over large distances and routes near real-time information into an Afghan/NATO common operational picture (COP).

One of the major developments made by the International Security Assistance Force (ISAF) during its time in Afghan has been the introduction of the ISAF Friendly Tracking System (IFTS) in 2008. This system was based on the U.S.’ Force XXI Battle Command Brigade and Below (FBCB2) system, designed to provide situational awareness and limited command and control (C2) at the tactical level. This led to the adoption of the NATO Friendly Force Information (NFFI) standard. This ‘open source’ standard was introduced to provide full interoperability so all in-country allies could route data into a COP. Prior to this, different technologies and data types restricted coalition partners’ abilities to converge data and, therefore, contribute with real-time intelligence to the strategic picture.

The IFTS model will stand the ANSF in good stead. It means that secure commercial-off-the-shelf (COTS) solutions running on commercial satellites can be easily integrated with the military technology already in place, to give the ANSF the BLOS capability it’ll need to continue the war and contribute to the COP.

One of the initial problems experienced by NATO included satellite exclusion—if one of the limited channels it had was being used for voice data, then it couldn’t be used for anything else. This meant there was a high premium on tactical satellites and it couldn’t be used for important capabilities such as Blue Force tracking and C2—essential strategic components when fighting intra-community warfare in an austere, expansive landscape, often with limited reaction time. 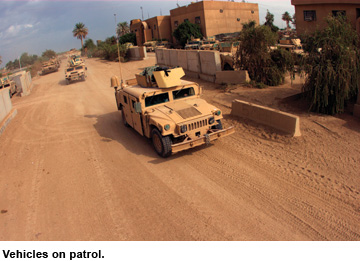 My duration in the MoD included comms responsibility for British assets entering Afghan during Helmand 1. It was soon clear from the BLOS capability gap why the U.S. used commercial SATCOM extensively (indeed, 80 percent of U.S. SATCOM capability is provided this way).

Attaching a 117 to every vehicle leaving base camp would be expensive and impractical. The aerials are often cumbersome and aren’t designed for constant on the move use. However, small satellite devices capable of sending regular short burst data signals, encrypted to a Suite B equivalent (AES256), are ideal, and a perfect solution for the ANSF. However, shipping thousands of devices to an army that’s only recently come under a centralised command would be a mistake.

An interview with a British ISAF spokesperson recently revealed that it’s the background operations (he specifically cited logistics and communications) that are causing the ANSF the greatest problem as its coalition partners slowly disband and the transition of military power takes place. It is, therefore, vitally important that NATO and the U.S. educate ANSF internally on the overall concept of operations. If you’re in control of 1,000 troops, then the answer isn’t necessarily to buy 1,000 radios. Operational capability should never be technology led. Instead the whole communications picture needs to be strategically considered against a valid and current concept of operations. 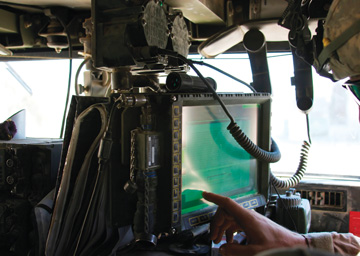 The best way to develop a multinational intelligent COP is to consider the need on the ground—preferably from brigade level downwards. The beauty of a COTS approach is that equipment can rapidly be developed and deployed for UOR, once a standard such as NFFI is set, all coalition partners can benefit from interoperability and the COTS solutions can be integrated with existing military technology. If the strategic direction is clear, then the appropriate procurement can rapidly take place, and the ANSF will quickly have significant levels of cost effective capability.

The ANSF’s ability to effectively operate once the final ISAF support has left the area is vitally important to the future stability of the country. This is about much more than the cost of a few devices. Coalition partners have invested billions in the region and suffered significant losses in personnel. If the ANSF cannot operate effectively once total control is handed over to them, then everything the U.S. and NATO have poured into the project may be jeopardized. It is imperative that NATO maintains an advisory presence in the country and strategically consider the ANSF’s operational requirements. I’d like to think we’ve learned a lot during this conflict—now we need to ensure they weren’t wasted lessons.

About the author
Giles Peeters commenced his military communications career at RAF Digby in 1997 before moving on in 1998 to the Engineering Office at 751 Signals Unit on the Falkland Islands. In 1999, Peeters joined the Defence Communications Security Agency (DCSA) Corsham, as the Duty Operations Officer of the Global Operations Security Command Centre (GOSCC), before becoming the Military Liaison Officer for Signal Intelligence at GCHQ Cheltenham in 2001.