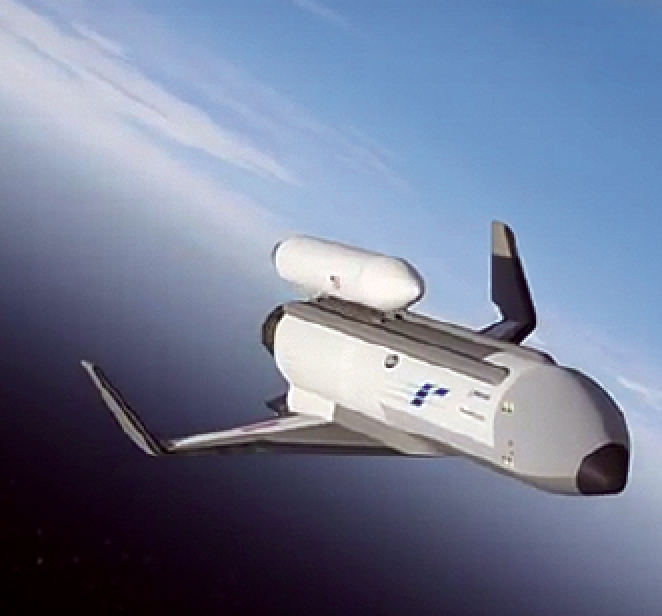 Artistic rendition of DARPA’s Experimental Spaceplane program (formerly known as XS-1) which aims to build and fly the first of an entirely new class of hypersonic aircraft that would bolster national security by providing short-notice, lowcost access to space. Image is courtesy of Boeing.

Aerojet Rocketdyne’s AR-22 engine, derived from the Space Shuttle Main Engine that was designed from the outset for reusability, is the main propulsion for Phantom Express. The AR-22 engine is capable of generating about 375,000 pounds (170,097 kg) of thrust and was designed to fly 55 missions with service every 10 missions. This reusability feature makes the AR-22 ideally suited for Phantom Express.

The reusable Phantom Express spaceplane will take off vertically and land horizontally. The vehicle will be equipped with an expendable second stage capable of placing up to 3,000 pounds (1,361 kg) of payload into LEO. Aerojet Rocketdyne assembled the
AR-22 at the company’s facility at NASA’s Stennis Space Center in Mississippi.

The engine will undergo a series of daily hot-fire tests at Stennis this summer to demonstrate its ability to support the high flight rates envisioned for Phantom Express. These tests will also provide valuable insight that will be used to refine Phantom Express flight and turnaround procedures, while also informing the design requirements for the new ground infrastructure that Boeing is developing for the
flight program.

Eileen Drake, Aerojet Rocketdyne CEO and President, said that Phantom Express builds on the company’s legacy of reusable space flight experience to provide the ability to quickly augment and replace on orbit capabilities, which face an increasing array of threats from potential adversaries. The company’s immediate task is to demonstrate this rapid turnaround capability for this engine on the ground, paving the way for a demonstration program.

AR-22 Program Manager Jeff Haynes added that the aircraft-like operations of Phantom Express are an important factor in the rapid redeployment of this spaceplane. Additionally, the engine has a hinged nacelle that makes it easier to access and inspect the engines for rapid turnaround.

A Closer Look
DARPA’s Experimental Spaceplane program, through the agency’s Tactical Technology Office (TTO: www.darpa.mil/about-us/offices/tto/more) aims to build and fly the first of an entirely new class of hypersonic aircraft that would bolster national security by providing short-notice, low-cost access to space.

The program’s goal is to achieve a capability well out of reach as of this writing — launches to LEO in days, as compared to the months or years of preparation currently needed to get a single satellite on orbit. Success will depend upon significant advances in both technical capabilities and ground operations, but would revolutionize the Nation’s ability to recover from a catastrophic loss of military or commercial satellites, upon which the United States today is critically dependent.

DARPA envisions a fully reusable unmanned vehicle, roughly the size of a business jet, which would take off vertically like a rocket and fly to hypersonic speeds. The vehicle would take flight, potentially within hours. As the next step toward a future of routine, responsive, and low-cost space access, DARPA has awarded Phases 2 and 3 of the program to The Boeing Company, which led one of three teams in the program’s initial design phase. Phases 2 and 3 are focused on fabrication and flight. 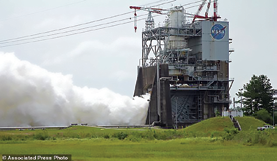 In its pursuit of aircraft-like operability, reliability, and cost-efficiency, DARPA and Boeing are planning to conduct a flight test demonstration of Experimental Spaceplane technology, flying 10 times in 10 days, with an additional final flight carrying the upper-stage payload delivery system.

If successful, the program would enable a commercial service that could operate at an achievable flight rate and with recurring costs of as little as $5 million or less per launch, including the cost of an expendable upper stage — a small fraction of the cost of launch systems the U.S. military currently uses for similarly sized payloads. (Beyond actual cost, commercial price would be determined in part by market forces.)

To achieve these goals, the Experimental Spaceplane’s designers plan to take advantage of technologies and support systems that have enhanced the reliability and fast turnaround of military aircraft.

For example, easily accessible subsystem components configured as line replaceable units would be used wherever practical to enable quick maintenance and repairs.

Other technologies in the Phase 2/3 design include:

Phase 2 of the Experimental Spaceplane program includes design, construction, and testing of the technology demonstration vehicle through 2019. It calls for initially firing the vehicle’s engine on the ground 10 times in 10 days to demonstrate propulsion readiness for flight tests.

Phase 3 objectives include 12 to 15 flight tests, currently scheduled for 2020. After multiple shakedown flights to reduce risk, the technology demonstration vehicle would aim to fly 10 times over 10 consecutive days, at first without payloads and at speeds as fast as Mach 5.

Subsequent flights are planned to fly as fast as Mach 10, and deliver a demonstration payload between 900 pounds and 3,000 pounds into low Earth orbit.

Another goal of the program is to encourage the broader commercial launch sector to adopt useful Experimental Spaceplane approaches, processes, and technologies that facilitate launch on demand and rapid turnaround — important military and commercial needs for the
21st century.

Toward that goal, DARPA intends to release selected data from its Phase 2/3 tests and will provide to all interested commercial entities the relevant specs for potential payloads.
www.darpa.mil/program/experimental-space-plane
www.rocket.com
or
www.aerojetrocketdyne.com 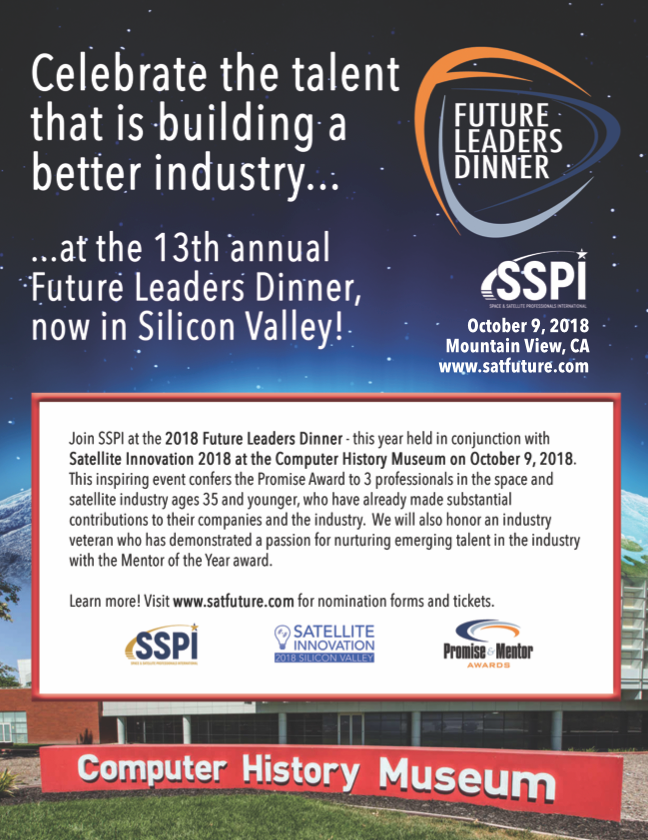