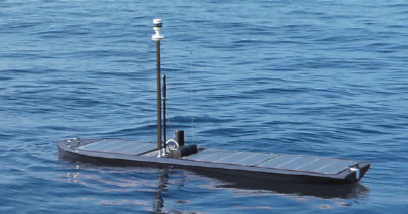 In this article, the use of the platform as a gateway between undersea systems and surface telemetry—especially satellite communication—is presented. The role of the USV in Maritime Domain Awareness (MDA) is also discussed and a vision for a networked ocean is presented.

The Liquid Robotics Wave Glider™ consists of a surface float connected to a submerged sub by a flexible umbilical. Just as an airplane’s forward motion through the air allows its wings to create an upward lifting force, the submerged sub’s vertical motion through the comparatively still waters allows its wings to convert a portion of this upward motion into forward propulsion.

Lithium ion batteries recharged by solar panels provide power for system electronics, communications, and sensor payloads. The system reports back in near real-time via two-way Iridium communications as well as via cell network when in range. The Wave Glider can follow complex series of waypoints, fixed directions, or can be actively piloted in real-time or near real-time. 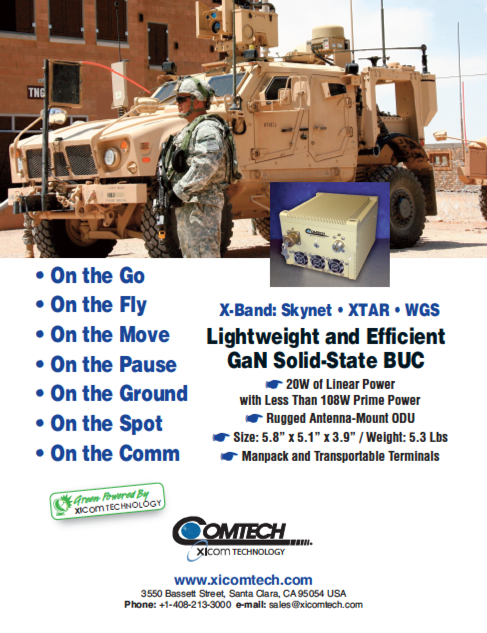 There are many locations for sensors to be attached, with available power and communication connections, including mast-mountings, various locations in, on, or below the float, attached to the sub, or towed behind the sub. The Wave Glider can be deployed in the most remote areas of our oceans for many months at a time.

The Wave Glider As A Communications Gateway
The Wave Glider is a natural gateway between undersea assets, the surface of the ocean, and space.  It enables integrated seafloor to space system connectivity and provides in-situ compute and data processing. These capabilities provide real-time, or near real-time data exfiltration, which increases communication reliability by allowing data to be sent back based on available bandwidth, and enables built-in redundancy.

The navigational precision of the Wave Glider , which allows it to station keep above a subsea system, can reduce the energy used by that system to communicate with the surface. For subsea sensors and platforms that rely on batteries, lower energy consumption for data transmission can extend their useful life.

The mobility of the Wave Glider permits a wide field of data collection and allows it to harvest data from a vast area containing multiple sub-surface nodes or undersea vehicles. Faster, lower cost data retrieval from subsea sensors and systems allows organizations to maximize the return on investment (ROI) of related assets.

The technical solution for a gateway application typically employs a real-time relay at the surface to satellite, cellular and other top side communication systems allows the Wave Glider to serve as a best in class gateway.

Early efforts, as far back as 2010, have demonstrated the value of the Wave Glider as a communications gateway. More recent results of the gateway application have been demonstrated by the Scripps Institute of Oceanography (SIO) Autonomous Deployable Deep Ocean Seismic System (ADOSS). In this effort SIO performed two week-long tests in shallow water (1000 m) and a three-month test in the deep ocean (4500 m) off-shore La Jolla. 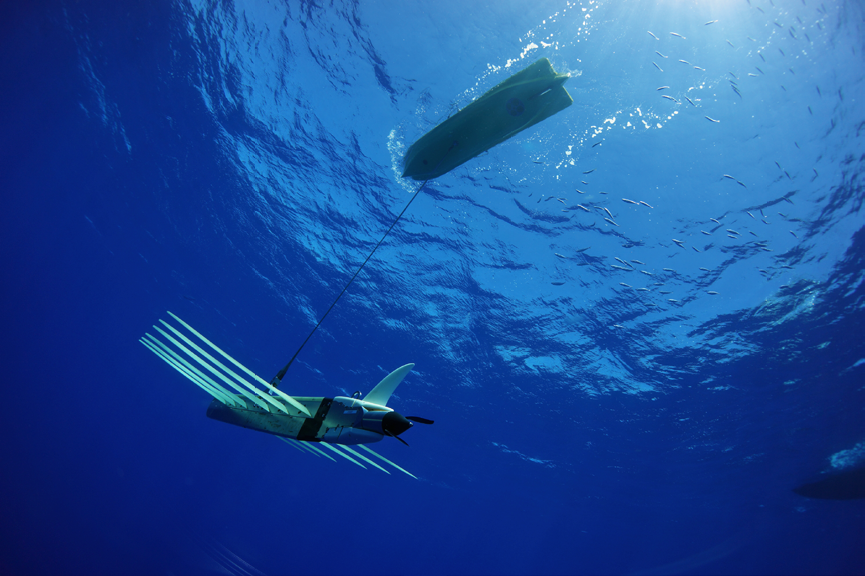 In these trials a Wave Glider with acoustic telemetry communicated with a fixed seafloor node designed to monitor seismic activity. Initial data recovery rates were excellent, and several local and teleseismic earthquakes were recorded in near-real-time.

Tests of the surface gateway in 4,350 meters of water demonstrated an effective solution for connecting the seafloor to shore, via Iridium satellite communications.

Maritime Surveillance
There are numerous challenges with maritime surveillance, including vast ocean expanses to patrol and monitor, limited resources and assets to employ, increasing complexity and cost of conventional approaches (vessels and airplanes), as well as motivated and informed adversaries.

Wave Gliders can be used independently or in concert with satellite systems to monitor activity and detect threats using passive acoustic arrays, capture surface imagery with still or video cameras, measure oceanographic conditions and communicate with other assets including satellites, vessels, aircraft, and other unmanned systems. 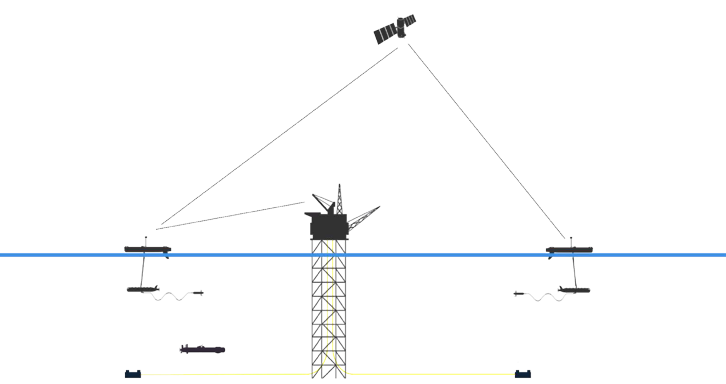 The Wave Glider offers additional benefits in this application including long duration, persistent surveillance, and cueing of other assets and ultimately provides for improved protection and stand-off range, reduced costs, and increased detection probability.

The passive acoustic application most commonly employed by Wave Gliders capitalizes on the relatively quiet environment around a towed payload that hosts an acoustic array. The original application that inspired the development of the Wave Glider was marine mammal monitoring off the coast of Hawaii.

Wave Gliders equipped with these sensors create contact reports that can tip and cue additional assets. The benefits, therefore, include:

During this evaluation program to monitor a marine protected area of 322,009 square miles a determination was made that the Wave Glider approach offered an order of magnitude cost savings as compared to a manned vessel patrolling the same area. 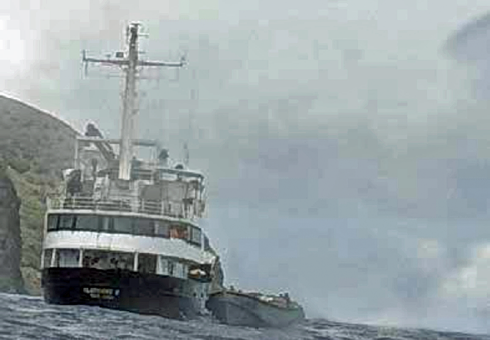 Nations could affordably protect their coastlines against illegal fishing and environmental risks such as tsunamis and hurricanes. Businesses and nations will uncover new economic opportunities in places where it was too costly or risky to go before. Scientists could improve their models to better understand climate change and weather patterns.

With new tools such as persistent USVs such as the Wave Glider, and established capabilities provided by satellite communications we will extend our networks across the two-thirds of our planet covered by ocean.
www.liquid-robotics.com

Justin Manley is a technologist and executive with experience in startup, public corporation, academic, and public sectors. Mr. Manley is a recognized leader in unmanned systems development and operations. After professional roles at MIT, supporting NOAA and in the private sector he founded Just Innovation in mid-2015 where he supports a variety of clients with a focus on unmanned and undersea systems.

Mr. Manley has demonstrated accomplishments in professional organizations including MTS and IEEE. He is a member of the U.S. Integrated Ocean Observing System (IOOS) Advisory Committee. He is also dedicated to innovation, advising startup companies and was a judge for the Wendy Schmidt Ocean Health XPRIZE.

Vas Podorean leads the Maritime Surveillance & Security business at Liquid Robotics. He previously led the Liquid Robotics research, development, test & evaluation facility in Hawaii. This facility has established itself as one of the leading USV development facilities in the world. He has unique insights into the challenges that organizations face when integrating unmanned systems into their strategic and operational plans.

Vas has planned, overseen and participated in countless USV deployments, missions and demonstrations for nations around the world such as Indonesia, Korea, and Japan, public organizations in the USA like NOAA, NASA, US DoD, and a range of private companies. He has a strong background in maritime operations, marine engineering and ocean technology and serves as a volunteer on the Pacific Integrated Ocean Observing System (PacIOOS) Governing Council.