Critical to the success of a mission is reliable and effective communication. The modern warzone demands live surveillance, high data transfer capability and detailed intelligence from reconnaissance missions. This will be achieved by deploying communication equipment which is mobile, reliable, rugged and easy to use.

The PIM® and PIM-enabled terminals from Paradigm provide this unfair advantage.

The PIM, designed and developed by Paradigm, is an easy-to-use, environmentally rugged terminal controller which is integrated into all of Paradigm’s mobile terminals. This means that once users can operate the PIM, they can operate any PIM-enabled terminal. Additionally, the technical agility and versatility of the PIM allows it to be integrated with all types of satcom terminals and modem technologies; so other manufacturers can, and do, use it as the brain of their system. This further standardizes the process of satellite communication and the training required to use it. 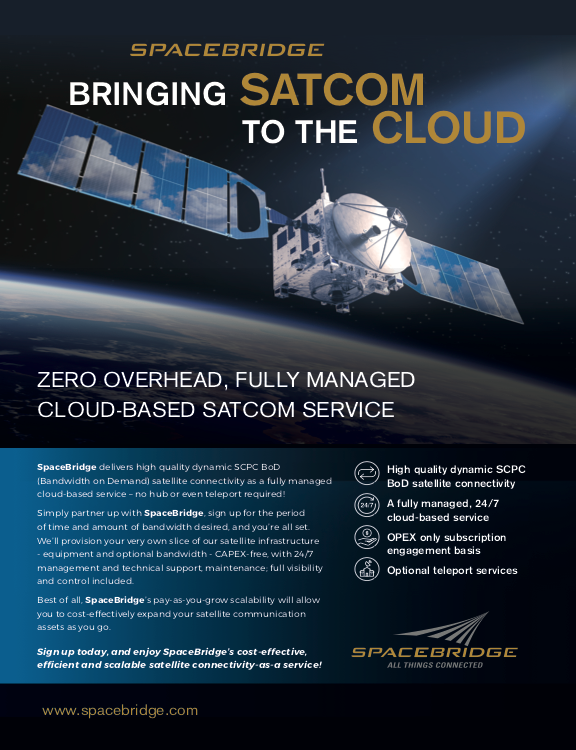 Personnel with no previous SATCOM experience can be trained to deploy a PIM-enabled terminal in around 20 minutes. Actions such as pointing the terminal, getting it operational on a satellite and transmitting and receiving data, then takes less than a minute to perform, with the user guided by easy-to-follow, simple instructions delivered via the PIM’s basic onboard interface; no spectrum analyzers, laptops, PC’s or external equipment is necessary.

When personnel can focus more easily on the task in hand because they have setup and deployed their communication network in minutes, then satellite communication is a practical and viable option. When the network will automatically switch between cellular, Wi-Fi and satellite — depending on real time availability for instance — then it is also a hugely reliable option. When training costs are reduced because the satellite pointing process is the same regardless of which satcom terminal is being used, then it also becomes a cost efficient option.

Defence and government users are already operational with a number of different PIM-enabled mobile terminals from the backpackable SWARM to the tough, three-case CONNECT100T, designed for a longer term temporary installation. All terminals are field-proven and have been deployed in theatre.

Paradigm has successfully made satellite communications more accessible for the mobile soldier, not least by avoiding the requirement for trained satcom engineers to setup, point and operate satellite terminals. Less training is required than before to enable the setup of reliable communications in any location and to provide higher bandwidth than previously available from other comms equipment with comparable training requirements. Soldiers can then focus more easily and quickly on the task in hand, supported by equipment delivering high bandwidth for fixed, or on-the-move use.

Paradigm’s latest terminal to integrate the PIM is the MANTA, launched in conjunction with Kymeta. The MANTA is a single case, airline-checkable complete solution for mobile operation either in a tactical, static environment or attached to a vehicle’s roof bars for SATCOM-On-The-Move (SOTM). 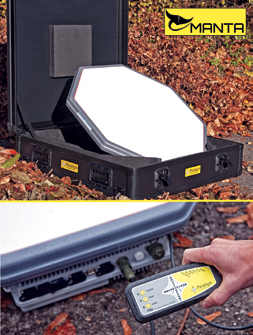 It integrates a self-pointing antenna with the PIM, so it’s really easy to use for either scenario. In fact, it removes the need for satellite terminal pointing entirely, utilizing flat panel hardware and software-controlled beam forming technology. Users just need to add power to be connected to the network and they can then be making calls and transmitting video and hi-res images in minutes.

The MANTA will revolutionize the SOTM and SATCOM-On-The-Pause (SOTP) market for the military; it is quick and easy to use and because of the PIM it will accommodate a multitude of modems. The flat panel design combined with the beam forming technology makes it discreet to meet BLOS requirements. Its easy fitting means it can be quickly attached to any vehicle or vessel with standard roof bars; no need for complicated wiring or rack-mounting components, it just needs one cable to connect power either via the vehicle or vessel’s DC or from regular AC. Alternatively, for SOTP operation, it will operate straight ‘out-of-the-box’, quickly and accurately without the need
for tools.

Military users who need connectivity for remote operations, in urban environments where existing infrastructure is compromised, or any situation where operations depend on reliable communications now have a rugged, easily transportable and completely straightforward connectivity solution.

Paradigm has developed the MANTA further with the launch of the MANTA+ terminal, combining all the existing features of the MANTA with seamless network switching via an integrated router. Essentially, the MANTA+ provides users with a fully integrated satellite terminal and 3G/4G/LTE cellular, radio and Wi-Fi network connectivity. This means that users can benefit from all the usual advantages of cellular, UHF/VHF and Wi-Fi coverage when they are available, but with the reassurance and back-up of satellite connectivity when entering remoter areas or when terrestrial infrastructure has been overloaded or damaged.

The MANTA+ will ensure constant connectivity by routing any device connected to it to Wi-Fi, cellular, radio or satellite depending on real time availability, service weighting and/or least cost.

While the MANTA+ has significant implications for the commercial and emergency responder sectors, it has its developmental roots in the military with the US SOF community being one of its first adopters. The flat panel, low profile design is ruggedized for extreme environments and with no moving parts, it is less vulnerable to the effects of sand, salt, moisture and temperature fluctuations than alternative satcom solutions. By having a reliable, always-on communications network that requires a minimum of installation and setup, operatives can focus on the mission’s critical priorities. They do not need to undergo hours (or even a half hour) of training, or care about how the communication system works. They can rely on an end-to-end system delivered simply and quickly that enables anytime and anywhere connectivity. A system that allows them to spend minimal time on installing, troubleshooting and configuring and all their time on the mission.

Paradigm and the MANTA can now provide this dependable platform for soldiers to stay in contact with each other and the outside world. The MANTA and MANTA+ are responsive to coverage needs and easy for anyone to operate.

Ulf has more than 30 years of experience in the global satellite and telecommunications world. After completing his MSc in Physics at the Royal Institute of Technology in Stockholm, he served in the Swedish Armed Forces. From there Sandberg joined Notelsat, the operating company for Tele-X, one of the earliest Nordic Communication satellites. From there, he was with the Swedish Attaché for Science and Technology office, based in the USA. Leaving the Government sector, Mr. Sandberg worked for Swedish Telecom International and then Unisource, where he advanced to be Managing Director for the satellite business based in the Netherlands. As well as Versatel in the Netherlands, Mr. Sandberg was also involved in the start-up and creation of a number of companies and ventures in Europe and the USA.

In 1993, Sandberg became Managing Director, EMEA for ComStream, a San Diego-based satellite communications systems company, and was responsible for growing regional operations including the setting up of an office in Moscow, Russia. He was then with ACT Networks prior to starting Paradigm in 1996, where he has spent the past 20 years as Managing Director.