The launch of next-generation, high-throughput satellite (HTS) constellations by multiple commercial operators has ushered in a new age of performance in satellite communications and has also reinvigorated an enduring debate within the industry regarding which frequency is superior: Ku-band vs. Ka-band.

With that debate has come many mis-characterizations and obfuscations regarding the power, resiliency and availability that Ku-band, including Intelsat’s global HTS, brings to bear for the company’s government customers — I aim to separate fact from fiction.

At Intelsat General, we’ve written on this topic before and recent claims have led me to return to the issue. In particular, I read with interest some of the statements made in a blog post published by an Inmarsat executive earlier this year.

In the piece, the author states that “Ka-band terminals can switch seamlessly between MILSATCOM and COMSATCOM always-on systems, permitting users to make the best choice for their mission.” 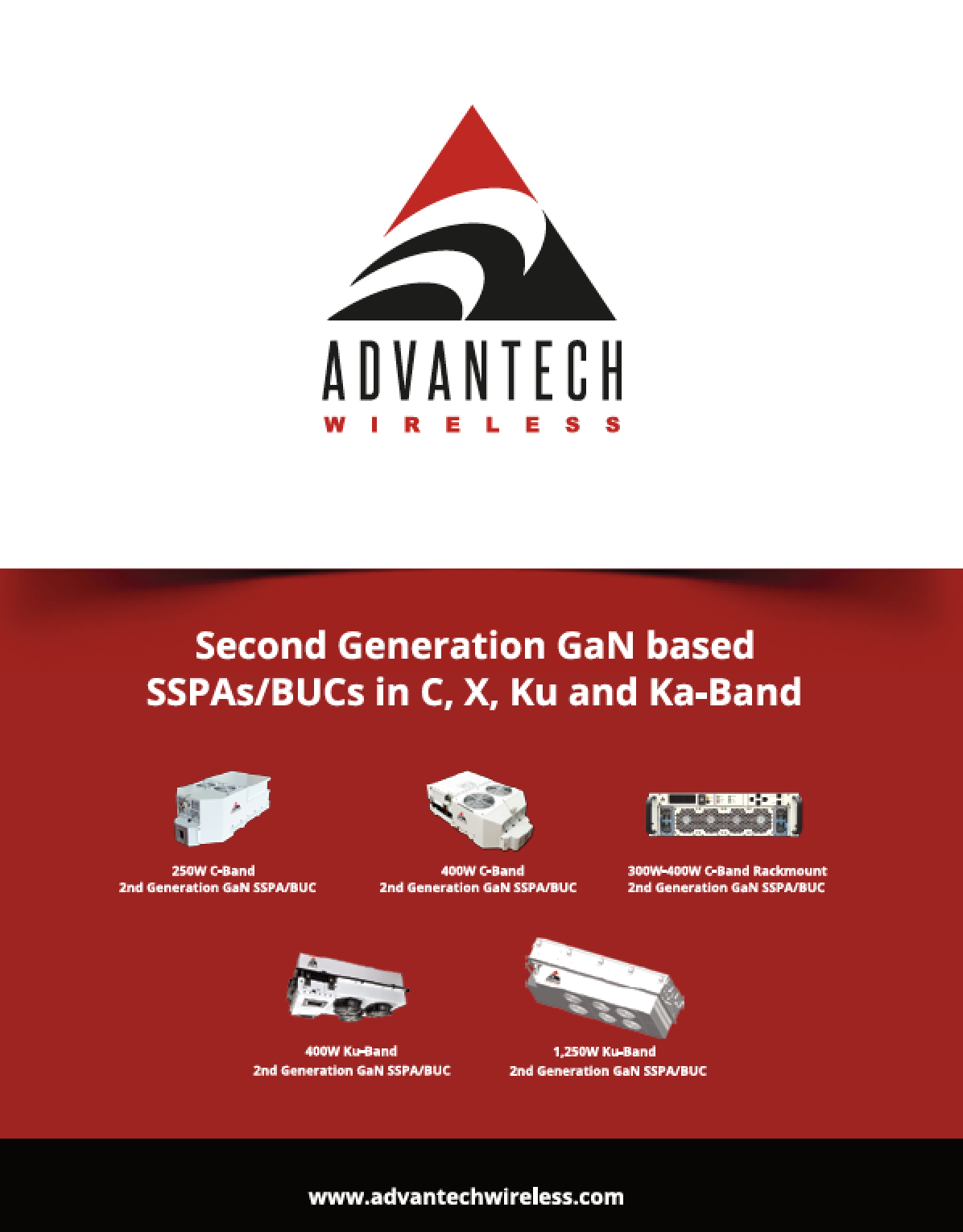 This was surprising, as there is no publicly advertised terminal that can ‘switch seamlessly’ between military and commercial Ka-band systems. I know of no terminals approved for use on commercial Ka-band systems, such as Inmarsat Global Xpress (GX) or ViaSat Exede, that are also approved to operate on the U.S. government’s Wideband Global SATCOM (WGS) satellite constellation. Similarly, in the reverse, I know of no WGS-approved terminals that are compatible with, let alone can seamlessly switch to, Inmarsat GX or ViaSat Exede.

A WGS-approved terminal is authorized to operate on Inmarsat’s leasable, steerable spot beams. While this provides access to some 500 leasable TPEs (transponder equivalents of 36 MHz each) worldwide, it pales next to Ku-band, which has a global supply of over 7,000 leasable TPEs. Ku-band provides the desired compatibility with an unrivaled depth and breadth of bandwidth options.

There are terminals with swap-out kits for C-, X-, Ku- and military Ka-band. Using a kit, an installer can swap a few terminal parts, even while in the field, and convert a terminal from Ku- to Ka-band operations, but this does not qualify as “seamless switching.”

The blog post also claims ubiquitous coverage, “Another advantage of Ka vs Ku stems from the fact that older Ku-band satellites distribute power throughout the world via large regional beams, resulting in irregular ’hot‘ and ’cold‘ spots for data transmission. Platforms in a cold spot can experience bandwidth drop by as much as 90 percent. Ka-band high-throughput satellite (HTS) coverage, on the other hand, is created by many smaller ’spot’ beams whose hot spots can be ‘stitched’ together, resulting in highly consistent coverage. This ubiquitous coverage leaves no AISR user ‘out in the cold’ when the need for high-fidelity intelligence from a remote area is required.”

This statement is patently incorrect. First of all, the statement leads with an apples-to-oranges comparison of older Ku-band wide-beam satellites to the newer Ka-band HTS. Ku-band HTS constellations are here now and have been for years. The Intelsat EpicNG IS-29e satellite has been in service since early 2016. Ku-band HTS have the same hot spots which can also be stitched together for consistent, efficient, high data rate services.

Putting that comparison aside, the only ubiquitous, fully global, Ka-band system — namely, Inmarsat’s Global Service Beams — has a 19 percent hole in each “ubiquitous” coverage area. Per the blog’s terminology, each satellite stitches together 89 spot beams to provide ubiquitous coverage. However, per Inmarsat, at any one time, only 72 of those 89 beams can be active. In other words, at any given time, 19 percent of the beams are off, so 19 percent of the coverage area has no meaningful bandwidth available for use.

Another key coverage difference, and advantage, of Ku- over Ka-band HTS is satellite depth and overlap. There are four Inmarsat I-5 GX satellites to cover the entire globe. Two-thirds of all locations see only a single I-5 satellite and are, therefore, only covered by a single Global Service spot beam. There is no overlapping satellite to provide additional and/or backup capacity.

The Intelsat EpicNG constellation has five satellites worldwide that are designed to provide layered coverages in many areas, with a sixth one launching in 4Q18. In addition, these HTS overlays are backed up by Intelsat’s global constellation of wide-beam satellites. This depth of coverages provides end users with resiliency and redundancy unavailable in Ka-band. Switching between these Ku-band options is possible because of the open architecture compatibility between Intelsat EpicNG, Intelsat wide-beam and other Ku-band HTS and wide-beam satellites.

This aspect of open architecture is a critical aspect of Intelsat Epic that is completely unaddressed in the Inmarsat blog post. An HTS offering can be either ‘open’ or ‘closed.’ Each type has common characteristics in terms of technologies used and services supported. Closed HTS architectures include ViaSat Exede, Inmarsat Global Xpress, Hughes Network Systems Jupiter, and Eutelsat KA-SAT. Open HTS architectures include Intelsat EpicNG, Telesat VANTAGE and SES Ku HTS, to name a few.

On a closed-architecture HTS, a customer can use only operator-selected platforms and terminals. In addition, there is no switching between closed systems. An Inmarsat GX Ka-band terminal will not operate on ViaSat’s nor Hughes’ Ka-band systems. With Intelsat’s open-architecture Ku-band HTS, users choose their preferred ground equipment, be that an installed base or a newly selected platform.

The ability to use existing ground equipment in open systems can lead to substantial cost savings, while the ability to select a new platform now, or in the future, protects end users from the trap of proprietary systems where they do not have control. These end user platforms can operate on Intelsat’s and easily switch to others open-architecture Ku-band systems.

In addition to requiring proprietary ground equipment, closed HTS systems offer only star topology networks. This means that all remote terminal traffic must route via a limited number of gateways or access stations. That is similar to commercial airline travel, where one must travel through an airline’s hub to reach a certain city, even if that is not the shortest or fastest way to the final destination.

Closed architecture HTS do not allow loopback within a single spot beam, nor custom beam-to-beam connections. Both are possible with Intelsat EpicNG. This flexibility enables faster routing and, possibly more importantly, installation of all ground hardware at end user locations, not at third party facilities.

One part of the Inmarsat blog with which I can agree is the call for increased industry and government collaboration in support of command, control, communications, computers, intelligence, surveillance and reconnaissance (C4ISR) operations. Toward that end, Intelsat is constantly innovating, improving the technology on each Intelsat EpicNG satellite. For example, the soon to be launched Horizons 3e will be the most advanced HTS satellite to enter service.

Horizons 3e is the first satellite to feature an entire Ku-band payload using multi-port amplifiers that optimize power distribution across the satellite’s beams. With the multi-port amplifier, if one spot beam is lightly utilized, its allocated power can be distributed to other beams to meet customer throughput demands.

When you distill the facts from the claims and counterclaims, Ku-band SATCOM provides the most compelling HTS value proposition for customers requiring resilient, flexible and secure high-throughput global coverage.
www.intelsatgeneral.com

Chris Hudson is the Senior Technical Advisor of the Engineering and Services Delivery for Intelsat General Corp.

The preceding article is courtesy of Intelsat General’s SatCom Frontier infosite, their editorial team and the named author.