The communications industry is at an inflection point where satellite, wired and wireless networks are converging into a ubiquitous capability that will be available to consumers anywhere in the world.

The military has expressed a desire that satellite communications (MILSATCOM) be as easy to use as a smart phone and be able to roam just as freely. 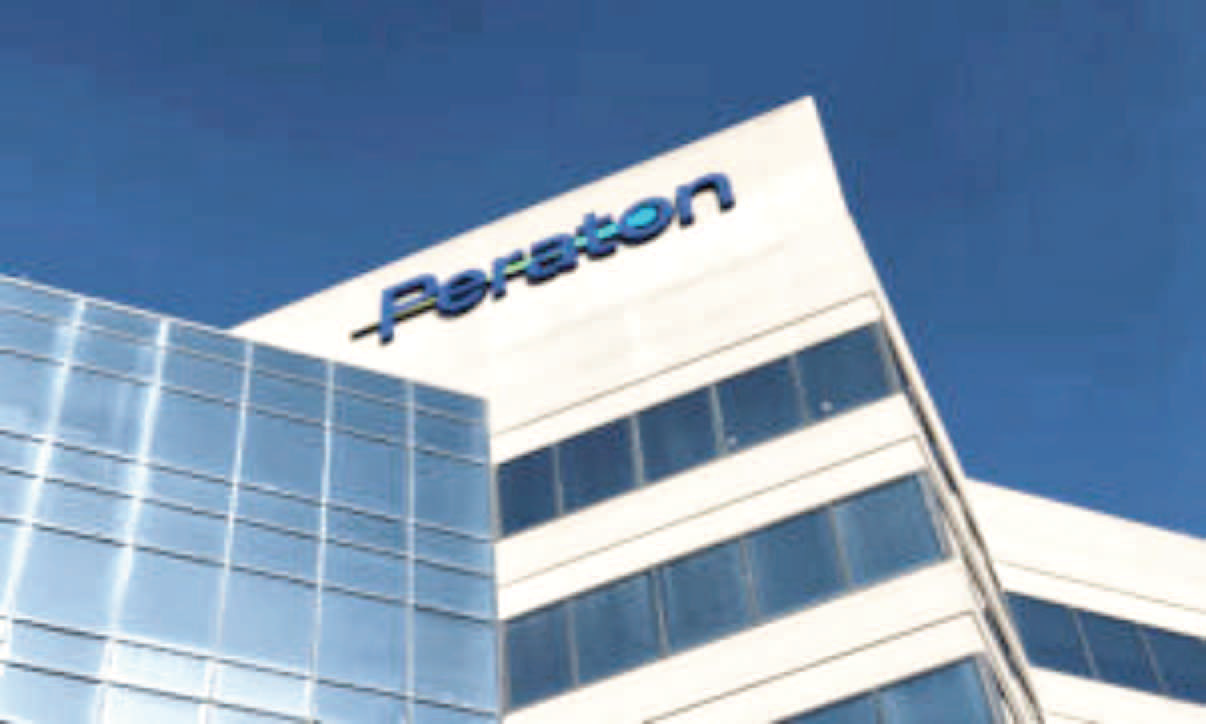 The push toward common satellite standards and the advent of Low Earth Orbit (LEO) constellations with consumer-friendly terminals has driven MILSATCOM toward a commodity service.

Government customers continue to be their own integrators, especially when multiple satellite services are involved. This involves managing a large and complicated supply chain and staffing satellite experts to far-flung locations.

Peraton supports government and commercial communications for global missions. That includes personnel in 10 different times zones and latitudes — spanning from the Arctic Circle, about 950 miles away from the North Pole, to Antarctica.

As a provider of satellite telemetry, tracking, and command (TT&C), communications, operations, and mission management for many U.S. government agencies, including the U.S. Space Force, Peraton is seeing a growing interest in leveraging commercial communications as a managed service to augment, replace, or provide resiliency for government missions. Since many of these missions operate in austere locations, MILSATCOM must be an integral part of that service.For example, Peraton supports all mission communications for NASA: operating 70 meter satellite dishes on three continents in support of the Deep Space Network, flying satellites and managing the ground stations for communications to the International Space Station (ISS), and operating the Near Earth Network, using both NASA-owned and commercial stations around the world to service national and international, government and commercial entities with satellites in LEO, GEO, and lunar orbit with multiple frequency bands.

Although the government uses some commercial services today — such as NASA’s use of commercial earth terminals for its Near Earth Network satellites — government customers are looking for fully integrated managed services that provide lower costs and facilitate easier use by government staff.

Many government customers operate in remote areas where a satellite is the only long-range communications solution. Current deployment concepts require multiple operators trained in a fixed number of tailored MILSATCOM systems. This drives up lifecycle costs, reduces flexibility of implementing new capabilities, and ties operators to specific satellite services.

The current race for commercial LEO SATCOM services promises high-bandwidth and low latency communications over much of the globe at a low cost, including inexpensive and easy to operate user terminals. Services would start at 50 to 150 megabits per second delivered over a 19 inch, electronically steered array user terminals at monthly prices near those of terrestrial broadband Internet.

Until these ambitious and technically challenging constellations are populated, coverage gaps will remain. Even then, most LEO providers are focusing coverage in regions with the densest consumer populations, and not more remote areas where government often operates.

Software defined satellites will provide flexibility and adaptability for a new generation of MEO and GEO satellites launching over the next few years. Having virtual onboard electronics enables radios and other electronics to be upgraded and redefined over the life of the satellite, rather than being limited by hardware delivered at initial launch. This means that satellites, over a 20+ year lifespan, can keep up with technology changes rather than being completely bound by the decades-old technology on legacy satellites.

Some of the capabilities to be offered on these satellites include adaptive beam reconfiguration to meet changing requirements — for example, going from broad area coverage to individual spot beams — user managed beams, adaptive interference cancellation, security

service overlays, splitting of beams, and frequency and beam hopping. This opens the opportunity for a service provider to efficiently manage services for many disparate users with one set of satellite resources.

Today, many user terminals require an understanding of SATCOM mechanics and an involved setup process of pointing, alignment, polarization, and power adjustment. These can be difficult for GEO terminals and completely daunting for the tracking antennas required for LEO or MEO connectivity. Errors in setup can adversely impact the data rate and, at worst, cause catastrophic interference for other users on the same or adjacent satellites.

The new Electronically Steered Array (ESA) user terminals and smart electronics begin to abstract the complexity of MILSATCOM terminal operations from the end user and operators.

With continuing governmental budget constraints, the number of trained MILSATCOM operators and competition for logistics transport to forward areas are driving a larger need for simplicity of operation and compactness as key attributes for new terminals. ESA and phased array terminals are making it easier for users to connect with a few different Ku GEO satellite providers but still require the buyer to put together the total solution of terminal, bandwidth, and backhaul.

In addition to antennas, several manufacturers are developing smart electronics such as modems and Low-Noise Block (LNB) down converters that can negotiate different proprietary satellite communications protocols within the same device, referred to as “multilingual” satellite devices.

These advances will also facilitate more flexibility of MILSATCOM band and fleet connectivity for autonomous systems and vehicles, such as Unmanned Aerial Vehicles (UAV), submersible Remotely Operated Vehicles (ROV), and in-flight WiFi systems. These platforms generally have been constrained to one provider given the complexities of integrating the current proprietary solutions. The new antenna and electronics innovations, along with a growing push for commercial interface standards, will make MILSATCOM more accessible and cost effective for consumers and government customers.

Despite these advances, a gap remains in delivering multi-spectrum and multi-orbit access as a holistic service. Most satellite fleet owner/operators primarily focus on their own satellite fleets and Earth terminal gateway infrastructure and do not provide full, end-to-end services. Although several of the new LEO broadband providers deliver a vertically integrated solution, they are generally focused on a specific commercial market rather than the range of services used by government.

The new technologies and variety of satellite fleets, Earth terminals, and ground networks distributed across the world present the opportunity for a service provider to efficiently integrate and manage a complete set of tailorable satellite services for a range of government and commercial users.

A Managed Virtual Network Operator (MVNO) will provide end-to-end communications, continuous performance management, and service provisioning anywhere and anytime. The flexibility to access different spectrum across several constellations in different orbits with easy-to-use terminals and multiple ground gateways and network access are requirements that Peraton is addressing with its government and commercial customers.

Governments also are looking to access both commercial and government satellite systems via the same service platform. Being an effective MILSATCOM managed service provider requires understanding the customer’s mission; strong partnerships with other providers that facilitate the end-to-end service chain; a platform that can handle the speed, scale, and continual awareness of operations; and staying abreast of evolving technology drivers.

Managing a customer’s experience from end user device to invoicing is a complicated endeavor with many moving parts. However, in MILSATCOM forums and conferences, commercial and government customers frequently express a desire to have the service plan portability, standard interfaces, and ease-of-use enjoyed by cellular smart phone users worldwide.

Many commercial and government MILSATCOM customers are starting to see technologies and services that are driving larger coverage areas, easier to use services, and lower costs. As the market develops more managed services, consumers and government users will benefit from an overall better customer experience using SATCOM anywhere, anytime.
www.peraton.com

Nate White is Vice President and General Manager of Peraton’s Communications division. He is responsible for delivering commercial telecommunications, satellite communications, and integrated services for Peraton’s government, critical infrastructure, and commercial customers. The unit leverages its own network and a robust team of partners to support its customers