With the advent of wireless communication and simple, easy to use, high throughput, satellite communication terminals, peacekeeping and conflict resolution has undeniably entered the 21st century. Body-worn POV (Point of View) video cameras and health capturing devices can now feed real time, vital data to Command Centers. Data can now be reliably and securely transmitted and received in extreme environments to levels that have never been reached before, opening up a new world of field personnel protection. 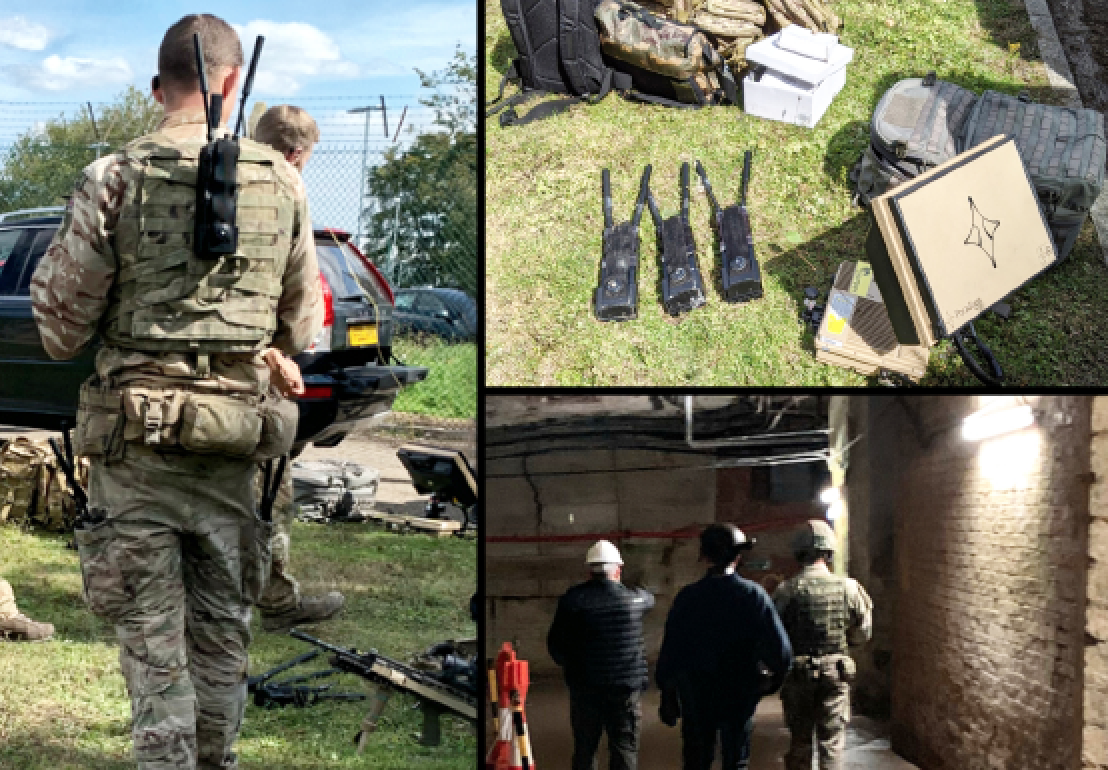 When communicated via satellite, this data can be used anywhere in the world and by a much wider audience. The value of data is immeasurable and the connection of devices and supply of live data is rapidly gaining importance, nowhere more so than in the conflict arena. The development of soldier-borne data devices has arisen from the need for rapidly delivered accurate and up to date situational information to give immediate oversight, as well as from the concern and value placed on the lives of those placed in harm’s way. Heart rate monitors are partnered with physiological and biometric sensors and more prevalent use of video cameras stream footage of first person POV integrated positioning sensors, allowing for critical tracking information. This ongoing development of wearable technology has seen the rise of wireless local area networks that offer autonomous network creation in order to propagate the data from the soldier out into the hands of others.

Delivering this information to those who know what to do with it has become as important as capturing it, creating a problem that has evolved alongside the development of personnel borne technology. Collecting the data isn’t enough; the adoption of personnel sensors, camera feeds and local mesh radio networks don’t show their full capability until the network is expanded out and beyond the local area of conflict. It’s this network expansion to place the information in front of a wider, more qualified audience that makes the difference; this audience will have the capability to monitor and evaluate in an environment that is less stressful, allowing them to think more clearly and make more effective decisions. 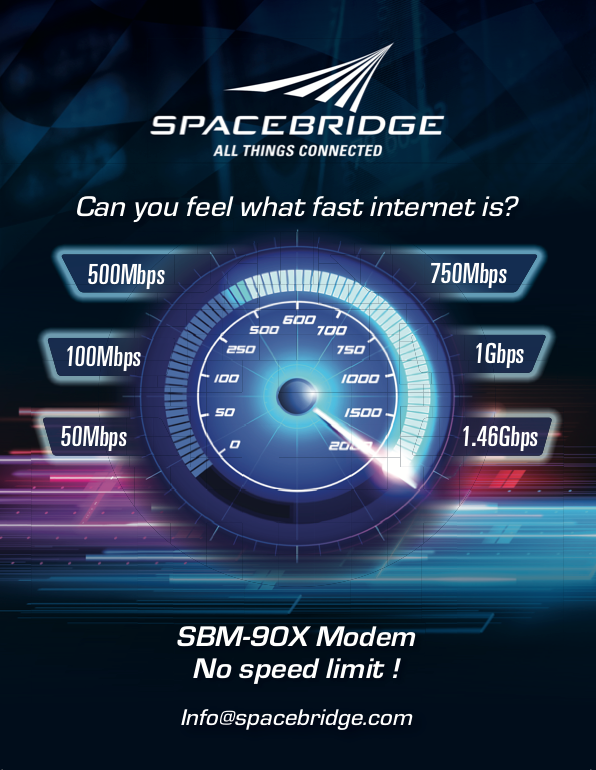 Using whatever wide area networks that are at hand initially appears the obvious option; the networks are ready and seemingly capable of connecting an existing local mesh network to the wider world. In built-up population centers, it would be assumed that local cellular networks would be used — after all, 4G and LTE network speeds are increasing all the time. But they bring an inherent lack of security, quality and reliability, operating as they do on the model of sharing the network with other cellular users. Consequently, the commonly witnessed fluctuations of a terrestrial network’s performance and signal coverage means users are gearing toward adopting satellite communication rather than the cellular option.

Satellite communication continues to advance at the same rapid development rate as other wireless communication technologies. It has long since passed the moniker of being a complicated, expensive technology that could only be used when specialists and engineers were available, with equally specialized equipment. Satellite terminals are now available that incorporate simplistic user interfaces. The previously complex methodology of aiming satellite terminals at satellites and maximizing operating signal has now been re-engineered to be carried out by everyday, technically literate users.

The PIM can support Power over Ethernet devices and provides a multitude of services to the end user — from VLAN setup and management to smart auto-selecting of AC and DC power interfaces. As well as making pointing quick and simple for any user, PIM-based terminals all have excellent low SWaP characteristics and operational agility providing key connectivity for edge devices.

However, the adoption of advanced technology into the military and peacekeeping arena is often hampered by high costs that these sort of key technologies command. Satellite communication equipment has long remained in the high CAPEX area; typically expensive to buy, expensive to train on and expensive to operate. This has now started to change, initially by integrating the PIM to reduce the complexity of satellite terminals and then by offering fewer parts to assemble, tool free setups and dramatically increased portability. In addition, these advancements have been in conjunction with service upgrades and developments from the satellite operators themselves. 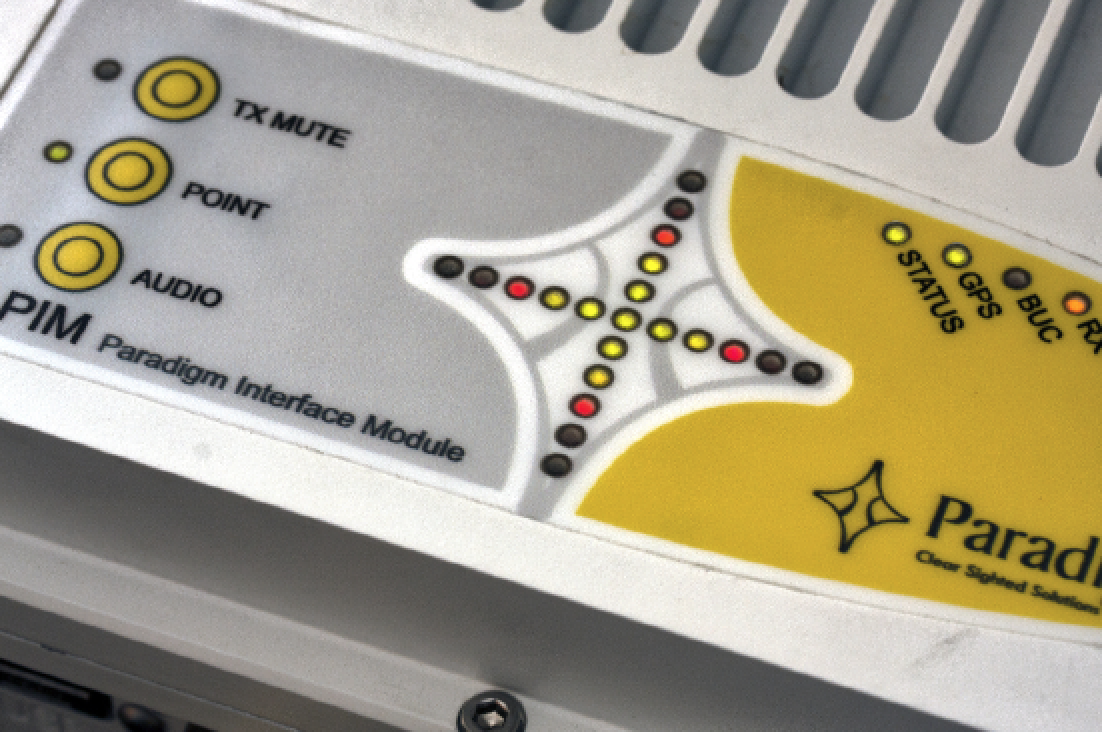 Too little power and the signal isn’t strong enough to deliver a high quality connection, and the user’s service suffers. Too much power, and the satellite operator’s equipment and that of other customers suffer; signals are saturated by the uncalibrated transmit signal, and the user sees their service suffer once more with a loss of quality and performance. Balance the signal power and the result is a happy satellite network, and a happy terminal user.

The advancement of equipment has now reached a level where the balancing, or calibration process, is automated. Satellite terminal users are now seeing regular connection speeds, committed information rates and overall higher quality of service than previously experienced. Partner this with a satellite terminal manufacturer such as Paradigm, who has studied the process of terminal pointing to the extent that their own terminals now include simpler, easier to follow procedures and something that was once only in the realm of highly trained experts has been brought to the masses.

Terminal pointing can now be performed by almost anyone using nothing but the PIM’s LED cross-hair target and an audio tone, rated alongside home internet connections for simplicity of use. Developments haven’t been restricted to ease of use though. Satellite terminals are now being classified by two other popular categories: easy to transport and simple to setup. Technological advancement can often mean taking time to observe and justify modifications. Reducing a satellite terminal to the size and weight that can be easily transported by a single user sees a reduction in performance. Correct that reduction with leading edge flat panel technology and more efficient transmission components and pricing increases. Simplify the operation and training costs and the price reduces. 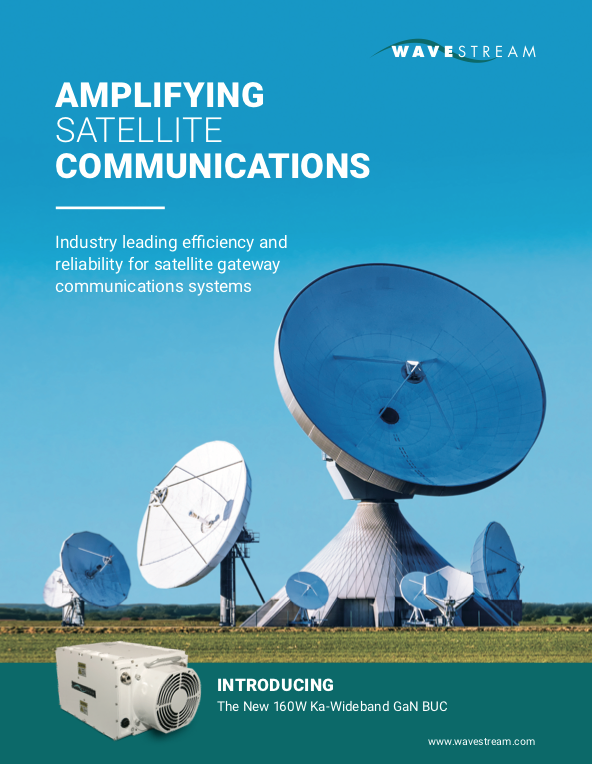 The result is a continual exercise of balance, but one where products that are adopting these advances are starting to see increased business opportunities. The goal has been to remove training costs entirely, and produce a fully automated system with no moving parts that covers operational requirements for most applications.

The market has seen select companies, such as Paradigm, step ahead in satellite terminal development, producing terminals such as the SWARM® designed for rapid transport and setup and multiple network capability, and the MANTA® for zero-interaction “just add power” operation. Satellite terminals such as these are ideal for environments where the advancement of technology is finally meeting operational requirements.

The types of satellite terminals used in operations are carefully selected by the operation planners. They’ve witnessed first-hand the options available and plan accordingly. These options range from ultra-lightweight advanced flat panel terminals, like the SWARM, packaged in military grade backpacks that deliver a rapid setup time and simple operation on the pause to vehicle mounted self-pointing terminals, like the MANTA, that can offer continued connectivity, while both stationary and on the move, and maintain a covert-level of design. The simplicity of operation of these terminals means that the personnel on the ground do not need to be concerned that these wide area network connections may not be possible. 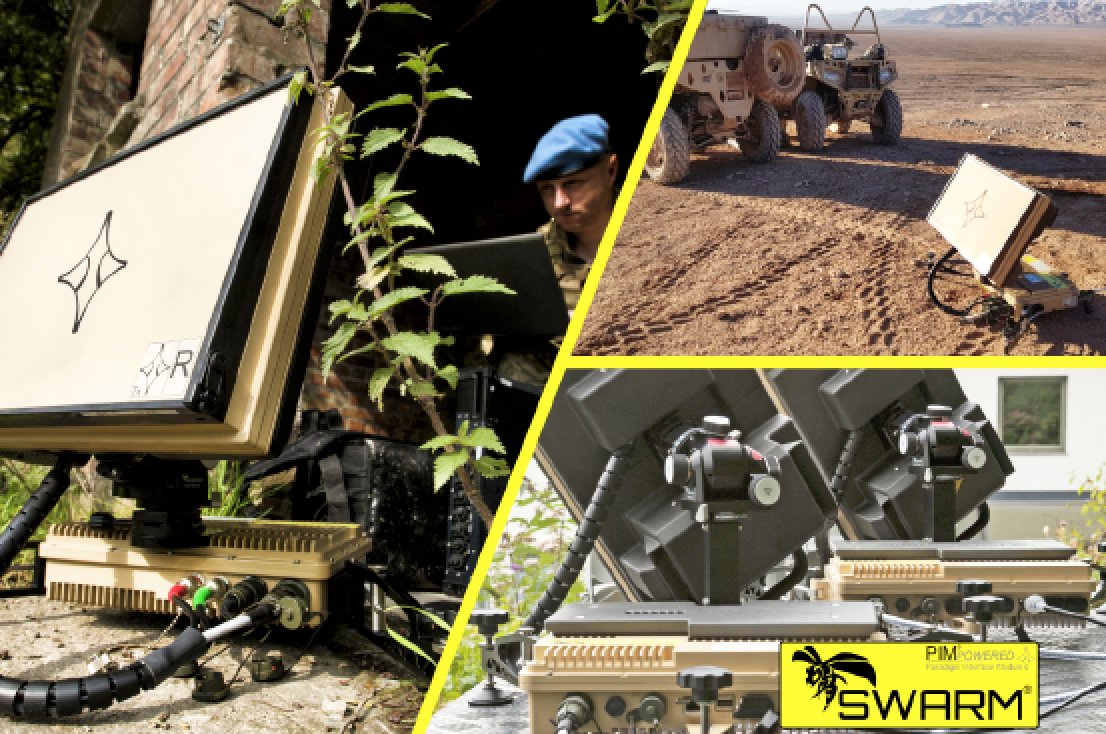 The personnel can be, and are, multi-skilled. They no longer require a particular satellite communication speciality, thus expanding the personnel options available to the operations teams. Now operations can deliver high definition, on scene first person perspectives from Beyond-Line-Of-Sight (BLOS) environments to recipients located on the other side of the world with extremely low latency.

Operation in mines and underground structures is now possible, relaying health and on scene medical information in two-way communication. Medical personnel from specialist health centres are able to connect directly to support teams requiring emergency response and deliver real-time advice on treatments to improve the long-term health options of those in need. In conclusion, the advanced development of simple to use satellite communication equipment continues to improve Military and Peacekeeping operations all around the world.
paracomm.co.uk

Author Ulf Sandberg has more than 35 years of experience in the global satellite and telecommunications world. He started Paradigm in 1996, where he has spent the past 24 years as the company’s Managing Director. 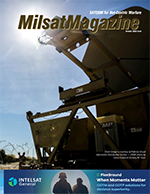