In 2019, Orbital, via an Antares 230, facilitated the launch of the first of the UK IOD (In-Orbit Demonstrator) programs, run by the UK Satellite Applications Catapult. 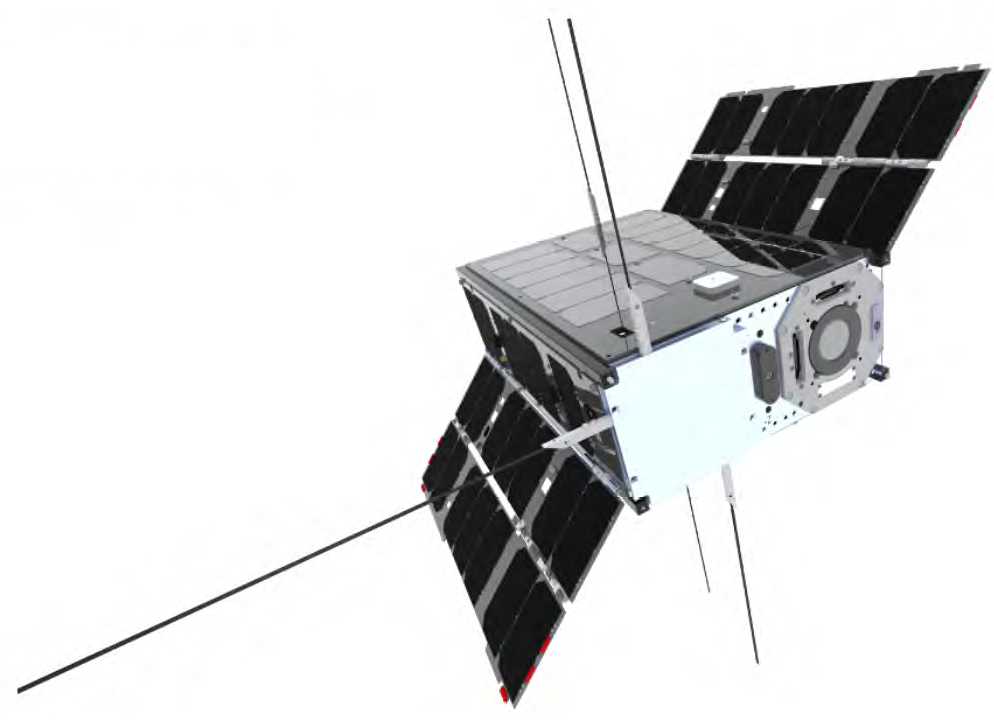 Horizon Technologies is under contract to launch the UK's first SIGINT cubesat constellation—here is an artistic rendition of the company's Amber smallsat.

This mission is proof that the UK’s approach on incentivizing US/UK industry to work with government in getting cutting-edge technology deployed and in operation quickly is working. The UK model of Public/Private partnerships in aerospace differs from the that of the US but offers lessons to the US and other Western powers.

The IOD-1 GEMS launch proved that the government supported innovation schemes can play a key role in the West’s attempt to compete with China; economically and militarily. As pointed out in a recent paper by Stanford’s Cyber Policy Center, Dr. Anthony Vici, the former CTO at the NGA (National Geospatial Intelligence Agency,) noted, “Simply increasing national security funding or R&D spending will not ensure victory against a competitor able to outspend the United States. Instead, we will need once again to revolutionize public-private partnerships to meet the challenge, harnessing more efficient ways of developing and implementing new technology.” 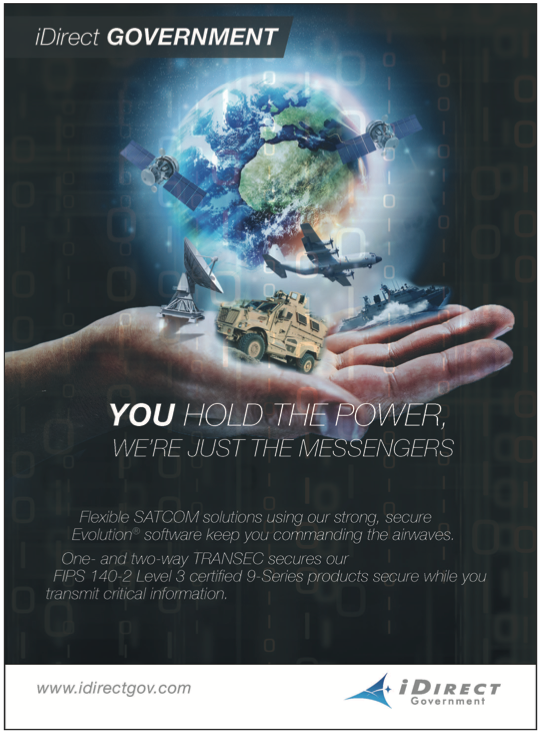 Anthony’s paper lays out a number of excellent suggestions on how public/private partnerships can be harnessed in the US to get private companies to move technology from TRL (Technology Readiness Leve) -1 (Basic Research) up to TRL-8 (System Test, Launch, and Operation) much quicker than before, and be allowed to keep (or jointly own) their IP which is critical for many startups looking to success in the commercial as well as the aerospace/military market.

The problem for Western governments is quite clear. Either they can remain with their slow cycles of tendering, procuring, and

implementing new technology, or they can incentive industry to spend their own money, keep their own IP, and let industry profit on technologies which have dual commercial/government value. Under the Department of Defense (DoD) traditional procurement process, over “requirement-ization” (as some call it) reigns supreme, and stifles innovation.

UK startup Horizon Technologies is at “ground zero” of the public/private effort in the UK as they were selected for 3rd Innovate UK-funded IOD mission by the Satellite Applications Catapult. The IOD-3 Amber™ mission will see the first of a constellation of six (6) cubesats launch into Low Earth Orbit (LEO) to offer the UK and Allied nations a Maritime Domain Awareness (MDA) data product via “Commercial SIGINT” sensors on the Horizon Technologies payload.

These sensors will track ships’ AIS signals, maritime radars, SatPhone usage and even illegal GNSS spoofers, which are increasing in prevalence. This is an innovation partnership whereby the UK government essentially funds 80 percent of the first satellite into orbit and operation; Horizon is required to invest the firm’s own money and provide the cubesat payload to the Catapult for £1.

Horizon didn’t bid to any government requirement, or specification, tender or study program. They simply saw a worldwide military/civilian need to combat so-called maritime “dark targets”; those vessels who turn off their AIS transponders while engaging in illegal activity.

Think of piracy, illegal fishing, smuggling, transshipments, and Iranian oil shipments. Under the UK’s world-leading policy of incentivizing and funding cutting-edge technologies, small companies can move from “PowerPoint to a cubesat in orbit” in less than 24 months — that is, essentially, TRL-4 to TRL-9 in that short period of time. As someone who’s been involved in aerospace, in and out of government, since 1982, this is nothing less than incredible.

Under the IOD program, the Catapult essentially acts as the program manager between the payload provider and the bus provider (in the case of IOD-3, AAC Clyde Space in Glasgow). The Catapult are delivering Innovate UK’s vision to harnesses UK space/satellite expertise, and ensure that the IOD missions come to fruition, meet their goals, and provide economic growth for the UK.

There is a three (3) month down-select process whereby the leading candidates/technology have to present to a cross agency UK government board. Presented with a space-based GeoIntelligence (GeoInt) data source which they didn’t have to fund or support, it’s no wonder that the UK MoD has greeted the Amber™ program with open arms as have an increasing number of both large and small Allied countries which urgently need MDA/GeoInt data in their countries/regions with latency of less than one hour.

The current situation in the United States is different, and is focused not so much on public/private partnerships, per se, but rather in finding ways to get non-traditional technology companies (like those in Silicon Valley) into the DoD acquisition system and fielded. With an R&D budget of $55.4 billion (CY 17), the DoD is in a vastly different position than a much smaller European country like the UK.

As stated above, it’s very clear that there is a “technology race” on with China. That country doesn’t need innovation from private firms (which it lacks, in any case). It fuses commercial/military intelligence gathering to its topflight (often Western-educated) military R&D centers and spends whatever is required to move ahead with new military technology; read AI, cryptography, hypersonic air vehicles, etc.

In the US, the first step to using non-traditional, private industry to assist the DoD came with the formation (under the Obama Administration) of the DIU agency in 2015. While not a true, Public/Private partner such as the UK IOD program, it has proven to be a strong “first step” in getting non-traditional commercial companies to provide accelerated dual technology to the DoD.

According to Mike Madsen, the DIU’s director of strategic engagement (in a recent issue of National Defense),” we start with the DoD customer with a DoD problem, and put it out to the tech sector […] to help solve our problems. Recently the DoD gave DIU new contracting authorities in order to cut through the bureaucracy. In total, DUI has awarded about 150 contracts to 122 non-traditional vendors with 66 being first-time suppliers to the military.”

The beauty of the DIU approach is that, due to its locations in Mountain View, California, and Austin, Texas, it can easily reach out to the commercial sector and VC investors to find the correct commercial technology needed by the DoD. Currently, the top five DIU focus areas are AI/Machine Learning, Autonomy, Humans Systems, Space, and Cybersecurity.

However, according to a recent Federal New Network article, “Since 2015, millions of dollars have been invested in the DIU, and the agency watched as some of its projects fell flat. Only about 23 percent of the organization’s completed projects ended up in the hands of troops.”

Innovative counter-cyber and counter-drone technologies were a major part of the 23 percent, and these programs, despite some turmoil, have produced results. On the downside, Congress isn’t particularly thrilled with the 77 percent of programs which didn’t make it to contract.

The individual services in the US are not being left behind, either. The US Air Force Research Lab (AFRL) and AFWERX have partnered to form the U.S. Air Force Small Business Innovation Research (SBIR) program whereby small companies can obtain initial USAF funding outside of the traditional DoD system.

Established in 2017 by the Secretary of the Air Force, “AFWERX is a catalyst for agile Air Force engagement across industry, academia, and non-traditional contributors to create transformative opportunities. The core mission of AFWERX is to improve Air Force capabilities by connecting innovators, simplifying technology transfer, and accelerating results.”

AFWERX works together with the AFRL which streamlines the SBIR process. The AFWERX/SBIR process defines requirements and technologies of interest to the USAF and gives small businesses the chance to get into the market and start generating revenue. The AFWERX program has awarded $220 million since 2018 in contracts to small business.

The EU has not yet embraced the public/private partnership technology route. The EU does have its own program to (1) start competing with China and Russia as well as (2) become more technology independent of the US and at the same time supporting competitiveness and innovation in the military/aerospace sector.

On June 7, 2017, the European Commission officially launched the European Defence Fund. This Fund has the goal of financing military R&D from an overall EU perspective.

Unfortunately, with Europe’s far less advanced high-tech technology startup culture, this funding is expected to go to the traditional European defense players. While more defense spending by the EU is certainly a good thing, the EU program simply does not incentivize or unleash European commercial high-tech innovation.

It’s clear that there is an emerging awareness in the US and with its Allies that the high-tech commercial base has to better compete in a highly challenging, multi-polar world.

To quote David Lloyd George, “Don't be afraid to take a big step if one is indicated. You can't cross a chasm in two, small jumps.”

Unfortunately, compared to the Chinese threat, many of the efforts listed above are too small, conform too much to existing traditional government procurement practices and don’t engage the power of the small tech innovators.

Yes, they are attracting new companies to the field, and this is certainly a positive step. However, there should be more “leaps” from TR-X to TR-9.

In this, the US DIU and UK IOD satellite programs stand out... they should be emulated.

On a recent panel discussion as part of DGI 2020 where Horizon Technologies recently participated, Dr. Vici used a fitting historical example for the way forward in harnessing technology via public/private partnerships. He cited the UK wartime program to crack the German Enigma encryption devices (themselves, ironically, a commercial product developed outside the 1920’s Reichsmarine procurement channels) during World War 2. The UK government went outside their normal MoD channels to recruit all sorts of people “outside the system” (civilian crossword puzzle experts, Oxford dons, chess masters etc.) who helped to crack German Enigma messages. This is the same spirit that is needed today; using non-traditional personnel and methods for military gain.

A broader historical example is US President Franklin Roosevelt who, against tremendous bureaucratic resistance, appointed Bill Knudsen from General Motors to go outside of the War Department and head up military/defense production in 1940 before America entered the Second World War.

In simple terms, the US used its world-leading commercial production techniques and applied them to military/industrial procurement on a massive scale. The US Navy could never have built “Liberty Ships” on such a vast scale, and so quickly, without private industry taking the lead; an example of public/private partnership at its finest.

With the Chinese tech threat increasing, it is imperative that the United States, the UK and the West find development and procurement models that harness the innovation and agility of small commercial companies and allow them to leapfrog technologies to keep us at the forefront of this technological race.

The only way to manage this is via Public/Private partnerships under a model that allows private industry to offer dual-use technologies to the military, while retaining their IP and their commercial rights.