In developing the firm’s assured SATCOM-on-the-Move (SOTM) terminals, the EM Solutions team has worked closely with their defence customer, represented by the Australian Defence Science and Technology Group (DSTG), in order to understand their requirements as well as to cooperate with several collaboration partners. 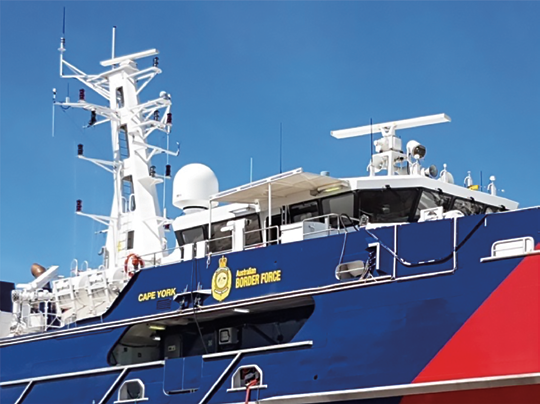 Figure 1. A dual-Ka Cobra terminal operable on both WGS and
Inmarsat GX deployed on an Australian Border Force patrol ship

In recent times. EM Solutions and the company’s customers have completed the installation and set into operation multiple installations of the EM Solutions Cobra class maritime terminals. These terminals were developed specifically for requirements that simply could not be met by existing, off-the-shelf commercial systems.

In 2017, the EM Solutions Dual Ka-band Cobra terminals were deployed onto the Australian Border Force Cape Class fleet (Figure 1). In collaboration with Inmarsat and Intellian, the compahy was able to certify these terminals on the Inmarsat GX network as an alternate to operation on the WGS system.

EM Solutions subsequently completed installations of their leading-edge Tri-band X/Ka Band Maritime Cobra terminal (see Figure 2 on the next page) for the Royal Australian Navy. These terminals simultaneously operate in X- and Ka-bands and can access capacity on the military and commercial Ka-bands. The initial installations were followed with repeat orders for additional naval vessels.

The greatest innovation in the latest Cobra X/Ka-multi-band terminal is the antenna feed system. Optimized for the unit’s electromagnetics, the system generates antenna pointing vectors from the X-and Ka-band beacons of the WGS satellite. The terminal communicates in the traditional manner at Ka-band, all the time supporting simultaneous communications on the satellite’s X-band transponder, whenever such is required to protect against rain fade or to provide added capacity. 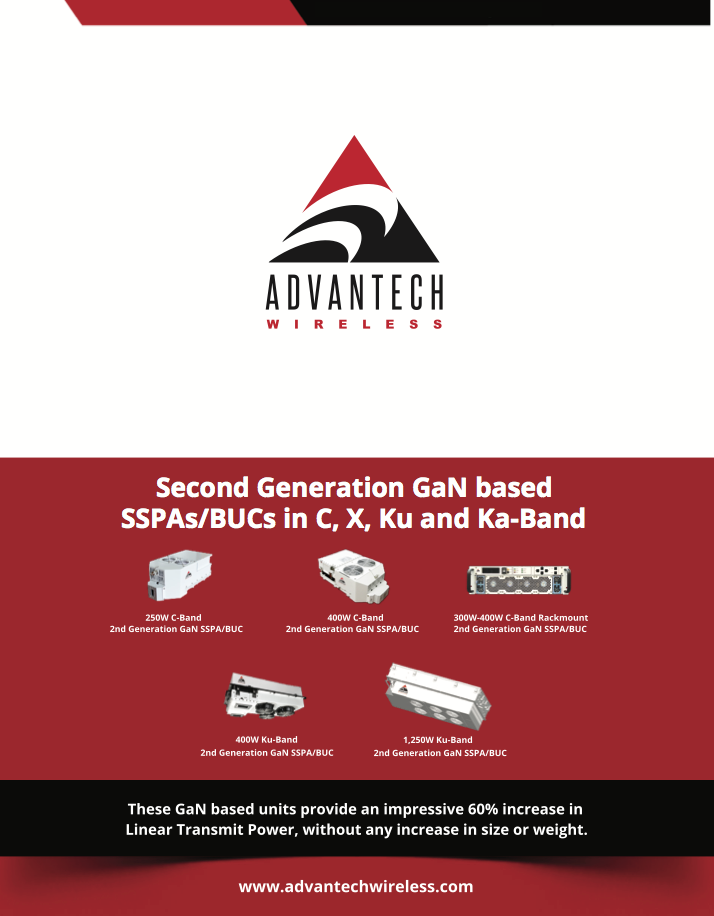 In addition, the system can fall back to tracking and operating on the alternative Inmarsat GX satellite system in the case of congestion or for other operational reasons. This helps to provide network survivability with assured communications in a contested environment as well sas rapid and automatic self-healing in the event of rain fade or other link outage by switching satellites or frequency band.

Meanwhile, the company has continued to roll out their land-mobile terminal, the Taipan (Figure 3), to a major European army (in X-band) as well as the firm’s new amphibious Salamander variant (Figure 4) for an army in Asia.

By aspiring to the level of “assured” communications, EM Solutions continues to cement the firm’s position as a company known for products that are unmatched in reliability and robustness. These two terminals can be configured for a range of platforms to suit either a small or medium vehicle or vessel, with simplified field repair and cost optimization, and provide universal stabilisation under the most severe motion conditions, since the terminals can be used either on land or at sea.

Those layers include maximizing link availability through superior design, use of redundancy, frequency stealth, coding, limiting radio emissions in unwanted directions, and protection against interferers. These are particularly difficult to achieve with SOTM, but often it is while on the “run” that communications are most critically needed.

From the perspective of ground equipment, improving link availability by maximizing the link budget is a good place to start. The link budget determines the allowable fade margin, which can be maximized by using the highest power transmitters possible, most sensitive receivers, steered antennas to maintain maximum antenna gain, and best pointing accuracy to minimize pointing loss.

Time on satellite is probably the biggest contributor to the availability equation: minimizing the time for an on-the-move terminal to acquire or reacquire the satellite is crucial, as is maintaining the link under violent motion conditions. 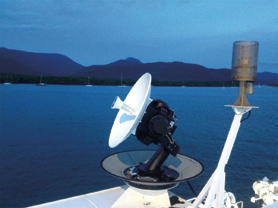 Figure 2. A dual-Ka Cobra terminal operable on both
WGS and Inmarsat GX deployed on an Australian Border
Force patrol ship

A recent example highlights the advantage of exceptional pointing accuracy. At Ka-band frequencies, the drop off in receive performance can be substantial, with even the slightest mis-point off boresight — in particular for antennas greater than 500 milimeters in size. In an EM Solutions supported defence testing program on a HTS satellite, the data rates achieved from the EM Solutions Cobra 1 meter class terminals — which are designed for full mobility and use a proprietary monopulse tracking system — outperformed significantly larger (2.4 meter) auto-point Communications-on-the-Pause (COTP) antennas. A pointing error of just 0.32 degrees in the larger antenna is enough to reduce the gain to such that the data rate was actually worse than the Cobra.

In addition to link availability, redundancy can be improved in satellite communications by the use of multiple transmitters. Block Up Converters (BUCs) are usually the most failure prone component in the ground segment; using one of each for multiple satellite systems results in a system that can provide access to multiple transmit chains through independent components and provides an inherent increase in availability.

Frequency stealth might entail switching or spreading either the modem output or RF frequency. Changing to a lower frequency band can also protect against weather effects that can cause loss of the satellite link at the higher Ka-band frequencies.

Coding and other security precautions, such as encryption at the data layer, can protect against data theft, while ensuring the radio signal is highly directional with minimal RF spillover or sidelobes. This also protects against interfering signals through careful electromagnetic design and analysis and avoids ‘theft’ of signals or intrusion upon the radio layer. Such signals can also be unintentional or non-hostile; however, they can still cause link failure. For example, radar systems near the SATCOM ground equipment can often result in the total loss of communications capability.

Mitigating by terminal design against the effects of weather, satellite congestion, frequency jamming, and motion itself all add toward the objective of resilient communications.

The Added Challenge of Mobility or Tracking LEO
The gain and pointing performance of SATCOM antenna systems are important in preserving link availability. 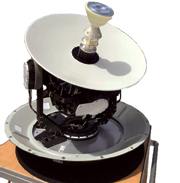 Figure 4. A Ku-band Salamander
terminal capable of roll-on, roll-off
operation on either land or sea. 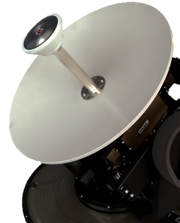 Figure 3. A dual Ka-band Taipan
terminal can provide resilient mobile
satellite communications over almost
any terrain, and fall back to commercial
Ka-band frequencies on demand.

With a mobile terminal that must point to a geostationary satellite, or alternatively a fixed terminal that must track a moving satellite such as a LEO, the tracking error measures the terminal’s ability to keep the antenna boresight pointed directly to the satellite during operation. However, performance requires more than that — it must include the time taken to initially acquire the target satellite.

For SOTM applications, these requirements are challenging due to the complex engineering required to steer the antenna’s transmit beam directly to the satellite with high availability during platform motion. As mentioned earlier, EM Solutions proprietary ‘monopulse’ technology is able to maintain the lock on a satellite without deliberately introducing an intentional mispointing error off boresight — as is inherent in ‘step track’ systems — to search for the exact beam maximum, even after the satellite has been acquired. 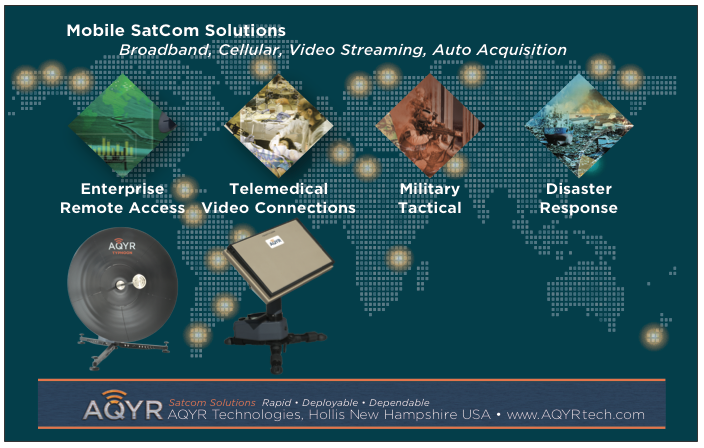 Monopulse technology is a closed-loop system that measures the relative signal level in a higher order mode intentionally generated in the antenna feed, typically the TE21 mode. The system uses that mode’s sharp null along boresight to derive a highly accurate corrective pointing vector to force the antenna back in line, without the need to introduce any deliberate pointing loss.

As a monopulse system directly measures the TE21 signal which is proportional to the deviation off-axis, such a technology also has the benefit of being able to accurately monitor and report the instantaneous pointing error to the user. The availability of this information can be used to ensure the BUC is only muted when the antenna is confirmed as being off-axis, rather than, for instance, if the received beam is measured as temporarily weak, for instance due to a passing cloud.

Redundancy
Redundancy in hardware, frequency and satellite selection are three other ways to introduce resilience into the link — the choice of satellites and use of multiple bands can mitigate against weather effects, jammers, interferers, congestion, and even loss of a satellite.

The approach taken at EM Solutions is to engineer a satellite terminal that automatically switches between any of three satellite bands on different satellites, even while on-the-move. Although maritime terminals already exist with either commercial or military Ka-band capability, or with dual X-band and military Ka-band capability, none offer universal on-the-move capability (on land or sea) in a convenient size package taht simultaneously operate in both X- and Ka-bands, or with fall back to commercial Ka-band (such as with Inmarsat GX) on demand.

This requires the use of separate BUCs for X-band and Ka-band; however, this is beneficial as the pair then adds increased hardware redundancy on top of the improved link redundancy. Such a combination brings the benefits of assured communications whenever a satellite is visible without manual changeover of hardware.

All links in the network chain can contribute, but ultimately there are tradeoffs. EM Solutions has taken a variety of approaches to offer robust terminals that offer redundancy in design, exceptional tracking and mobility in multiple frequency bands, and fall back to commercial satellites. All of these help to strengthen the resiliency and assuredness of mobile military communications irrespective of the whether the requirement is on land, sea or air.
www.emsolutions.com.au/ 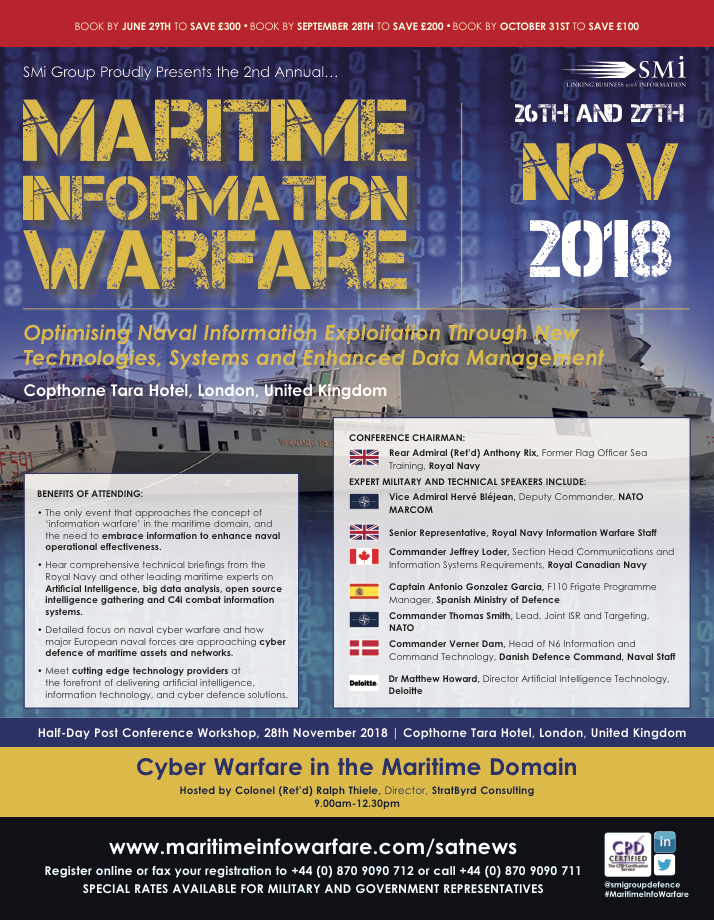