During the most recent SATCOM conference, Lt. Gen. John “Jay” Raymond addressed attendees as a keynote speaker and shared his vision and desire to realize a more collaborative and complimentary relationship between the military and commercial satellite communications providers. 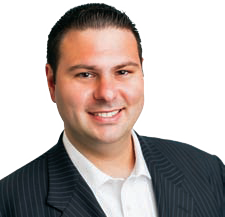 These sentiments were reflected by Retired Major General Jay Santee in the panel discussion immediately following General Raymond’s address. During his introductory remarks, General Santee shared his vision of a combined infrastructure that utilized military satellites working seamlessly together with available COMSATCOM capabilities to deliver the communications and connectivity needed to accomplish missions.

This raised some interesting questions about how the relationship between these parties can be improved, how the COMSATCOM sector could work to address military concerns and the Air Force’s plans for embracing some exciting new COMSATCOM innovations that are rapidly entering the marketplace. To obtain the answers to these questions, GovSat reached out to Captain AnnMarie Annicelli of the United States Air Force’s public affairs department. Here is what she and the United States Air Force had to say:

Ryan Schradin
During Lt. Gen. John “Jay” Raymond’s keynote presentation at this year’s SATCON event, he stated that commercial SATCOM was essential for military operations and communications today. What is COMSATCOM’s current role when it comes to empowering military communications operations in theater, and how will that change or evolve in the future? 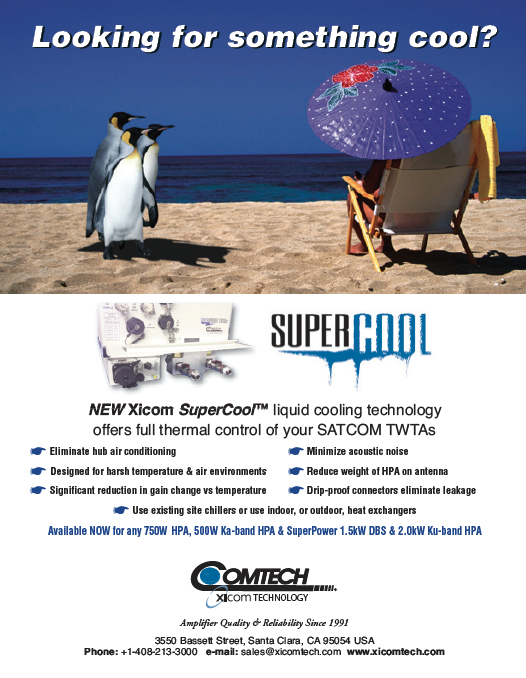 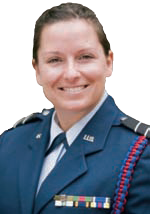 We see our relationship with commercial satellite service providers continuing to evolve to provide greater resiliency, transmission protection, increase flexibility, and affordability, all of which our pathfinders efforts are designed to help achieve.

Captain Annicelli
The preservation of our space capabilities, which includes both mission assurance and assured access are very high priorities for the Department. Space has become a contested environment and our dependence on space-based assets requires that our future space architectures possess sufficient protection measures to ensure mission accomplishment.

Commercial systems provide a cost effective solution to deliver satellite communications because they are designed for efficiency and reduced costs. While COMSATCOM offers some protection measures, it may offer insufficient protection and flexibility that our future SATCOM systems require to meet the needs of our combatant commanders.

As of FY13, the latest year for which accurate numbers are available, the DoD had leased approximately more than $1 Billion worth of COMSATCOM. This breaks into ~$780 Million per year for wideband COMSATCOM and almost $240 Million for narrowband mobile-user COMSATCOM. Focusing on the larger component, commercial lease costs are roughly four times the cost of DoD-owned wideband MILSATCOM based on year-by-year lease costs and is a barrier to the expanded use of COMSATCOM at current cost levels.

DoD has considered use of longer-term leases, however Congressional funding is on a year-by-year basis. Consideration of longer term leases to reduce costs must include the risk of future year reductions with early lease termination fees that effectively increase the prices for longer term leases. Based on such considerations, the AF has embarked on a series of purchases (acquisition Pathfinders) of COMSATCOM resources to demonstrate COMSATCOM costs can be substantially reduced with an acquisition (purchase) versus short-term lease approach to COMSATCOM.

In Pathfinder 1, cost reductions on the order of a factor of four versus 1-year leasing was demonstrated where innovative contracting purchased two transponders on a commercial satellite. However, the satellite was an older, end-of-life satellite operating in an inclined orbit, not typical of commercial satellites. As a result, the 4-to-1 reduction in commercial costs achieved in Pathfinder 1 is not anticipated to be repeated for traditional COMSATCOM services.

Planned Pathfinders 2-5 will build on the lessons learned from Pathfinder 1 to demonstrate additional scenarios for increased savings of acquiring COMSATCOM for military use. High Throughput Satellites (HTS) offer prospects for order of magnitude savings, potentially even less than a follow on to Wideband Global SATCOM (WGS). COMSATCOM technologies hold promise to reset this relationship.

Ryan Schradin
In the aforementioned keynote address, General Raymond stated that the military isn’t currently equipped to utilize the next generation of high throughput satellites. What does the military need to do to take advantage of these cost-saving, higher-bandwidth satellites? What can industry do to help the military prepare to utilize this technology?

Captain Annicelli
The use of High Throughput SATCOM (HTS) is already being considered by the Air Force’s Pathfinder initiative; however, HTS requires a more complex approach to ground infrastructure and more flexible approach to terminal architectures than used for traditional systems. The ability of terminals to offer flexible technology on ramps for HTS products is not an available capability. 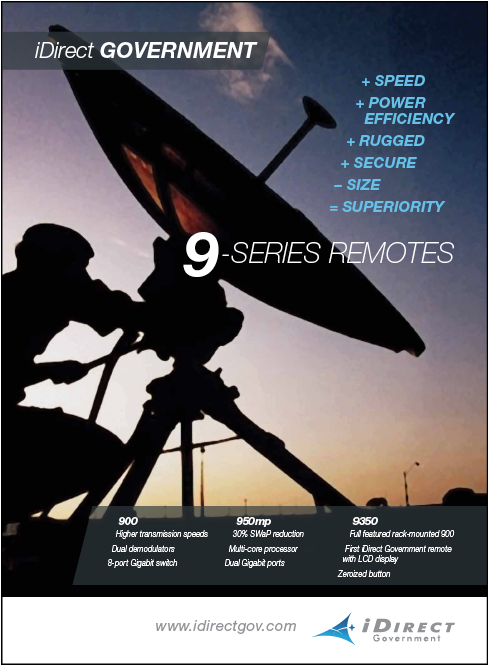 Ryan Schradin
In addition to HTS, there are other, lower cost satellite services and offerings available to the military that could help decrease costs and increase efficiency. I’m thinking—specifically—about hosted payloads and inclined satellites. Where does the Air Force stand on hosted payloads? Are there plans to increase hosted payload usage in the near future and what barriers may be in the way?

Captain Annicelli
This is another area that is being given careful consideration. The use of hosted payloads is not new to the Air Force and DoD; however, its use has so far been limited to military payloads on military owned and controlled satellites. Integrating military payloads on commercial platforms presents challenges. For example, synchronization with a host satellite requires the government to make some compromises regarding satellite location and project schedule. Moreover, legislation prohibits the launching of military payloads using non-U.S launch providers, which limits the availability of suitable hosts.

Lastly, obtaining approval to transmit military frequencies on a commercial payload is a timely process that could impede synchronization of both military and commercial programs. The DoD is pursuing pathfinders to overcome these constraints. Leveraging hosted payloads is viewed by the Department as a promising means to incorporate mission assurance into our architectures.

Ryan Schradin
What about inclined satellites for use in UAV and other similar missions? These satellites represent a cost-savings opportunity for the USG and are currently being used/leveraged by ACC. Are there plans to utilize them more in the future?

Ryan Schradin
The commercial industry believes COMSATCOM adds significant resilience to the military’s communication requirements. With approximately 200 COMSATCOM satellites around the globe, hundreds of teleports, diversified and encrypted command and control elements and compatibility with the Protected Tactical Waveforms (PTW) of the future, what can industry do to further improve our resiliency?

Captain Annicelli
The DoD has identified six factors that enhance resiliency of space systems (Distribution, Diversity, Protection, Proliferation, Disaggregation, and Deception). In general, any initiatives that contribute to these factors could potentially promote system resiliency. COMSATCOM already implements some of these factors to varying degrees and the wideband SATCOM AOA intends to leverage, to the maximum extent feasible, COMSATCOM offerings to deliver assured satellite communications to the warfighter.

Ryan Schradin
During his SATCON address, General Raymond addressed some steps that he’s taken – including the launch of the Commercial Integration Cell (CIC) within the Joint Space Operations Center – to improve the relationship and collaboration between industry and the Air Force. What has the impact of the CIC been on the partnership between industry and military, and what else can be done to move this partnership forward?

Captain Annicelli
To date the CIC has been extremely valuable both as a portal in determining the scope of anomaly reporting and in improving the SSA common operating picture. CIC collaboration contributes to improved cooperation and operational effectiveness between government and industry in several key areas of space operations including; improved situational awareness for making better decisions, enhanced ability to detect and mitigate anomalies, the identification and tracking of objects in space and options for technical solutions on automation, common standards and protocols.

What else can be done to move this partnership forward?

The CIC is still in a pilot, research and development period. During this time collaboration between the government and industry will continue and expand. In addition to the CIC there are multiple partnering opportunities between the government and industry that enhance our ability to operate in space and contribute to the responsible use of space.

Ryan Schradin
What benefits do you anticipate from the closer integration and partnership between the military and COMSATCOM providers?

Captain Annicelli
Leading up to the wideband AOA, we have engaged substantially with our industry partners, who have offered a continuous flow of new technology developments to leverage commercial innovation to meet our military requirements. Efforts to work through cultural, technological, acquisition, and CONOPs limiting factors, such as those within our pathfinder programs, will improve prospects for the DoD to leverage promising technology offerings.