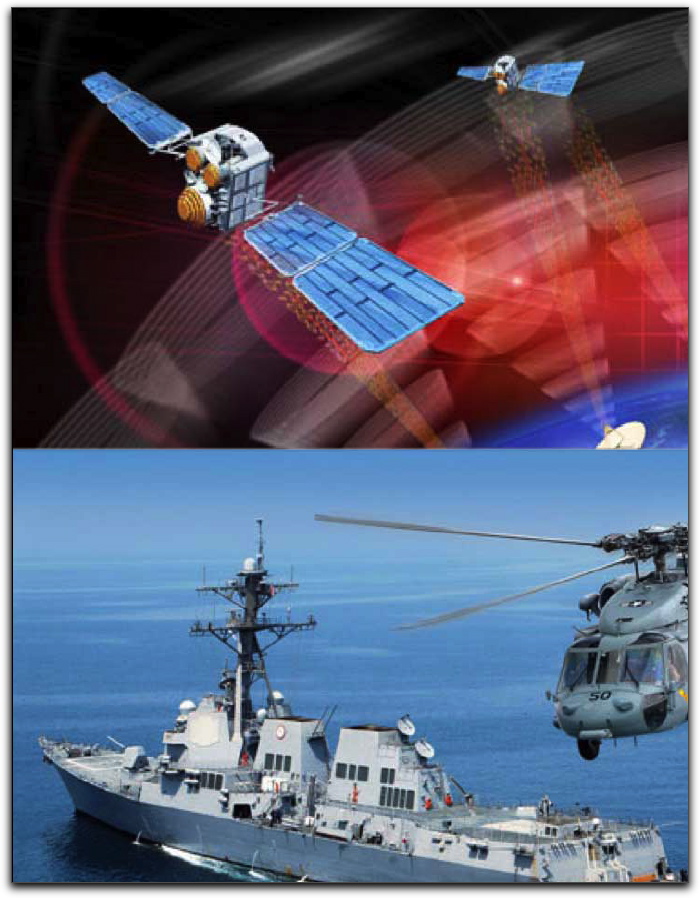 For this ISR issue we spoke with Lloyd Palum, who is the Senior Principal Engineer for Harris RF Communications. Mr. Palum is currently responsible for the strategy, development, and general management of tactical communications products in ISR for the Company. Previously, Mr. Palum oversaw wireless networking product strategy, including marketing analysis and a phased set of software releases that cover IP networking, security, and wireless protocols. He has also served as a systems’ engineer responsible for definition of design and architecture on the Falcon III JTRS SCA compliant family of radios and supervised a staff of 12 in the development and delivery of key SCA radio software components for the JTRS-Approved Falcon III AN/PRC 152(C) handheld radio. Mr. Palum has authored numerous technical conference publications and customer presentations and publications.

MilsatMagazine (MSM)
Intelligence, Surveillance and Reconnaissance (ISR) is a critical aspect of warfighting today. Can you provide a snapshot of this industry segment?

Lloyd Palum
The expanding use of Unmanned Aerial Systems (UAS) and Ground Systems (UGS) in battle has altered the course of mission planning and operations. These systems are providing U.S. forces with a significant new offensive tool and advanced capabilities in ISR. The U.S. Department of Defense (DoD) stresses the importance of ISR as a means for enhancing situational awareness across the battlefield and to the tactical edge. This awareness bears heavily on the success of missions and safety of warfighters. The use of remotely transmitted video provides deployed forces with the capability to see and prepare for what they are about to face — whether around the next corner or over the distant hill.

MSM
What challenges do warfighters encounter with ISR?

Lloyd Palum
High-bandwidth ISR tends to be limited by both geography and the slow rollout of network-centric technologies toward the tactical edge, resulting in potentially
compromising delays as information is communicated from the air, to the ground station, to individual warfighters and back.

What typically happens is that ISR video feeds are delivered to tactical operations centers (TOCs), where they are then analyzed with conclusions communicated back to the edge over heavy, multi-piece equipment. The ground controller, or soldier, maneuvering the flight of the Unmanned Aerial Vehicle (UAV) is unable to disseminate this feed to other soldiers in the field. While this does help to close communication gaps, the lag involved in such transmissions disrupts the natural tempo of video downlink data. The ideal model would put these streams in the hands of personnel at the tactical edge. However, currently, systems developed to extend video to forward-deployed forces have proven to be lacking in portability, maneuverability and power efficiency.

The receivers are typically centralized in TOCs and provide streams for analysis. Harris Corporation is focused on developing smaller, portable, power-efficient ISR technologies that will move these feeds out of the TOCs and into the field. 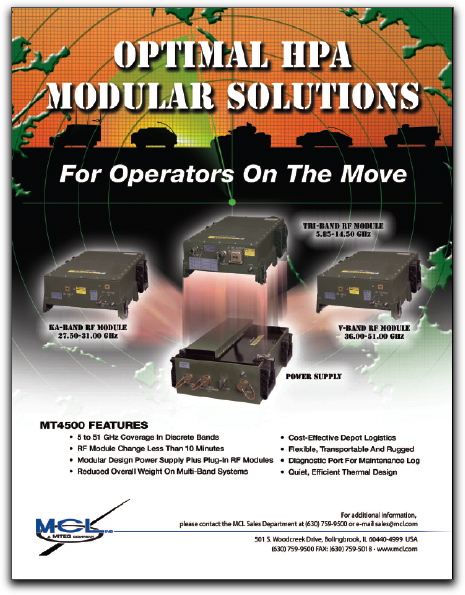 Harris responded to these issues — and to the increased emphasis on ISR by the U.S. DoD — by putting ROVER capability into a smaller, lighter package that could be carried into the field. Weighing in at four pounds, the RF-7800T is the world’s smallest and lightest ROVER terminal. It is the first such device to be built into the standard form factor of a ruggedized military handheld radio. The RF-7800T handheld ISR video receiver establishes a critical, portable and direct downlink between unmanned systems and the individual warfighter, delivering intelligence to the tactical edge more quickly and efficiently for real time ISR. The RF-7800T comes with a monocle display that will allow the warfighter to view live video feeds from UAVs or aircraft, but with standard electronic connectors to allow for a range of display options.

When directed into a network, commonly enabled by the Harris AN/PRC-117G manpack, the video and other data can be shared to all members of the mission, providing a common operational picture for improved and more immediate decision-making capabilities.

In a new application, Harris has demonstrated ways of controlling unmanned vehicles via the AN/PRC-117G and its wideband mesh networking capability. This shift allows members of the network to maneuver UAVs to specific areas of interest to capture secure digital video for ISR Harris, in these demonstrations, was able to digitize the video stream and send it across networks, thereby giving those inside the TOC or at the FOB the ability to move the air vehicle to any necessary position. Harris also extended the range from which they are normally able to view the feed directly from. 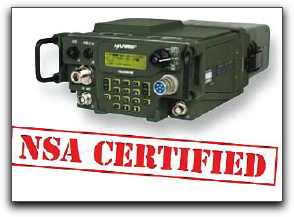 Harris has also added a dedicated ROVER receiver mode to its Falcon III AN/PRC-117G multiband manpack. This addition is is significant for users with dual needs for high-bandwidth legacy and networking communications and ISR capabilities. The AN/PRC-117G is the world’s first JTRS-approved and NSA-certified wideband networking radio to offer reliable and secure access to high-bandwidth applications in addition to narrowband legacy waveforms. The radio, which has been acquired by all branches of the U.S. Department of Defense, transmits data to the tactical Internet at on-air rates of up to 5 Mbps.

MSM
What are the upcoming opportunities that Harris sees for the ISR market? What does the company intend to accomplish within ISR?

Lloyd Palum
ISR is really about trying to improve the clarity of, and access to, operationally important information collected over a wide area. In practice it is very difficult to process, exploit, and disseminate (PED) these information flows. Harris is adding value all along this chain of PED. For example, the AN/PRC-117G and the RF-7800T are making it easier to disseminate and exploit ISR information. The high throughput capability of the 117G and the portability of the 7800T allow our customers to exploit real time video at the tactical edge where it has previously been difficult and even impossible to access in the past.

In addition, the Full Motion Video Asset Management Engine (FAME), from our Broadcast Communications Division, allows intelligence personnel to more easily process, annotate, catalog and distribute large volumes of video and image starting at the moment of creation. FAME is a systems architecture that fuses video with other sources of data and intelligence, such as secure Internet chat, into a single, operational package.

As ISR technology evolves, the goal is to enable squad and platoon leaders to shorten the latency involved in receiving real-time video. There will be a day when there will not be a description of a situation, but rather there will be common operational picture, neatly packaged, for use by all members of the military enterprise. 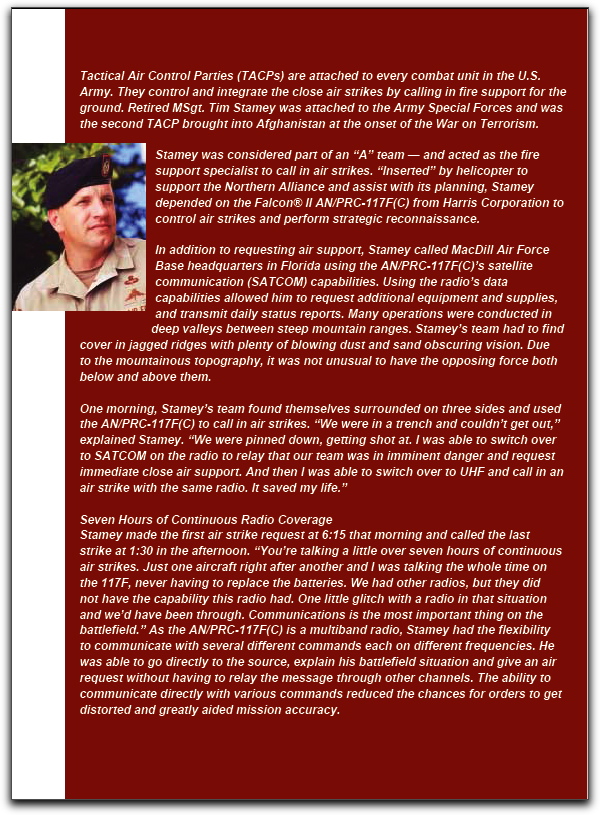 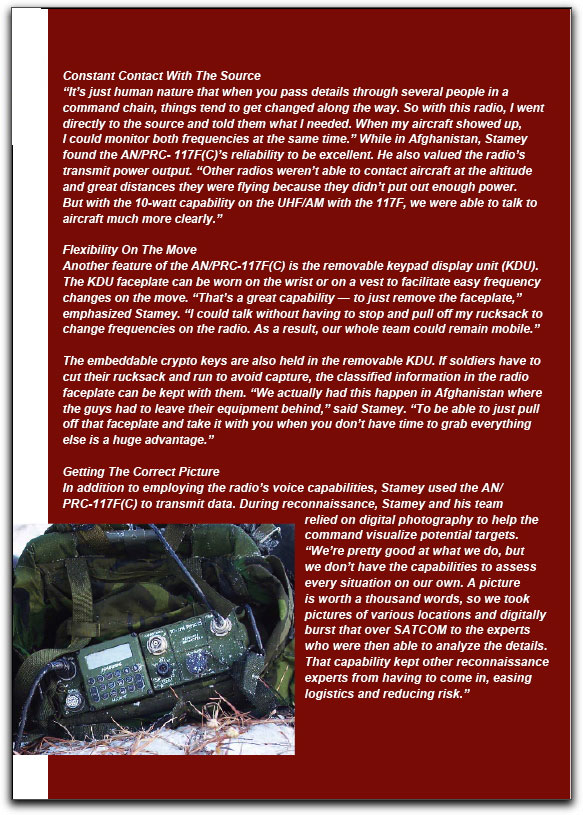