The Remote Sensing Systems Directorate, at the U.S. Air Force Space and Missile Systems Center, is responsible for the acquisition activities for DoD’s Space-Based Remote Sensing needs. These include the Space-Based Infrared System (SBIRS) missile-warning system, Defense Meteorological Satellite Program (DMSP) and the next generation missile-warning and weather systems.

We are focused on meeting current warfighter needs along with planning for future capabilities to win tomorrow’s fight using transformational acquisition initiatives such as: USAF’s Bending the Cost Curve (BTCC) and DoD’s Better Buying Power (BBP) initiatives. We have already been employing those initiatives across the Remote Sensing portfolio.

Defense Support Program (DSP) satellites successfully served the U.S. throughout the Cold War as the backbone of the ballistic missile early warning system. Those satellites laid the foundation for the SBIRS mission. The current SBIRS constellation of satellites and sensors, along with legacy DSP satellites, provide global 24/7 detection of missile launches. They also provide increasing value to intelligence assessments leading to real-time collection activities of emerging world events. Strategic missile-warning is critical to the Nation’s survival as ballistic missiles pose a serious threat to the U.S., our deployed forces, allies and coalition partners. 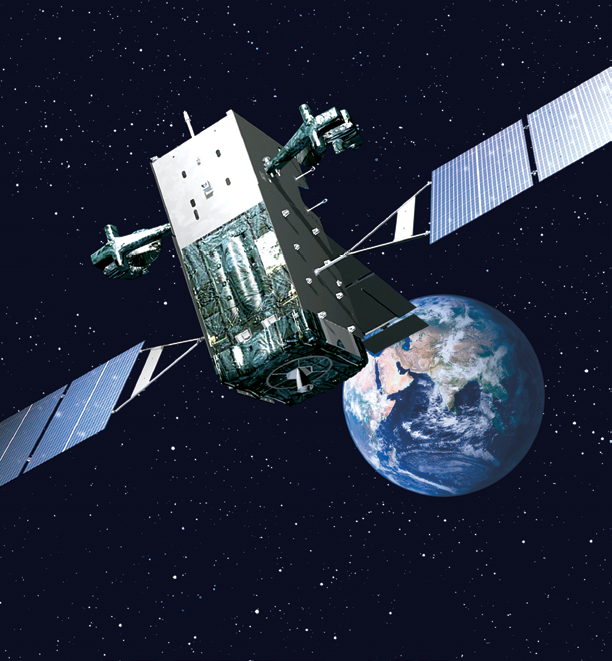 In 2013, operators at the 460th Space Wing in Denver, Colorado, detected, processed and released over 10,000 events of interest that could pose a threat around the world, which is a 400 percent increase over legacy systems. With the recent award of the contract for acquisition of the fifth and sixth GEO SBIRS satellites, the Air Force is poised to provide support through the next decade. 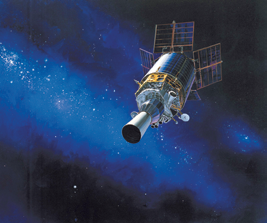 On the space environmental front, the Defense Meteorological Satellite Program (DMSP) has been the cornerstone providing 24/7 global weather coverage to the warfighter. In April of 2014, we launched the 19th DMSP satellite. The DMSP satellites are uniquely designed to meet the military’s tough requirements for worldwide space and terrestrial weather information. Through these satellites, military weather forecasters can detect developing patterns of weather, track existing weather systems over remote areas, and alert the civil and military communities of anticipated hazards in space to satellites and qualified personnel.

Our Focus
We have just scratched the surface of what these new assets can do. We are making steady progress to deliver and operationally accept a consolidated ground system upgrade at Buckley AFB, Colorado in 2016 that will enable quicker event detection and the ability to detect dimmer and previously undetectable threats. Also, we are working with government mission partners and industry to maximize the dissemination and exploitation of all data in support of the missile-warning, missile-defense, technical intelligence, battlespace awareness, and environmental monitoring missions for participants in the Army, Navy, Air Force, U.S. Forestry Service, NASA, NOAA, USSTRATCOM, intelligence community and others. In addition, we are actively working on plans for the next-generation missile warning and follow-on weather systems.

Affordable Mission Maneuvers
To meet DoD and Air Force goals of providing critical capability to warfighters with increased value, we’ve successfully employed BBP affordability and productivity initiatives on the SBIRS production contract and, most recently, with the SBIRS production contract award for the acquisition of the fifth and sixth GEO satellites. The BBP Initiative is a DoD effort to implement a series of best practices aimed to strengthen the Defense Department’s buying power, improve industry productivity, and provide an affordable, value-added military capability to the Warfighter. 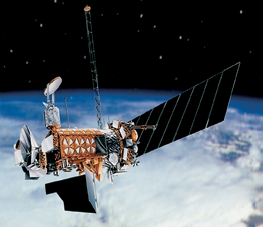 SBIRS successfully folded in program and contract oversight efficiency initiatives resulting in excellent cost/schedule performance over the past two years on the third and fourth GEO satellites and third and fourth HEO sensor production efforts. We delivered the third HEO sensor on-time, with the next two GEO satellites and the remaining fourth HEO sensor on track for delivery in 2015 and 2016. The BBP Initiative, “eliminate unproductive processes”, was applied in the operational acceptance of the first two SBIRS satellites. Focused improvement of on-orbit testing and operational acceptance processes resulted in over 16 months of schedule savings on the second satellite. In addition to eliminating unproductive processes, focused “Should Cost” management resulted in the taxpayer rewarded with more than $1B in savings on the fifth and sixth satellites’ SBIRS GEO production contract award. This was attained by using a fixed-price contract to leverage the stable design from the third and fourth satellites, and a number of efficiencies: eliminating unnecessary layers of program and contract oversight, restructuring the test program and streamlining the production schedules.

Future
The program continues to leverage these efforts for further improvement under the recently updated BBP initiatives. In addition, SBIRS was selected as a pathfinder program for the Air Force’s BTCC initiative. The BTCC initiative is a broad initiative designed to build cost consciousness into our programs from the start, and to partner with industry early to ensure our systems remain affordable. These initiatives have challenged military acquisition programs to think and act in new and innovative ways. The Remote Sensing System Directorate is at the forefront of employing these transformative principles to enable the achievement of affordable current, and future space-based, remote sensing technologies such as the next-generation missile-warning system and follow-on weather system in a budget constrained environment.

Key areas of transformational focus include: 1) focusing government oversight on the highest risk areas and /or the greatest cost areas while simultaneously allowing industry the latitude to execute the rest of the program with limited oversight; 2) partnering with industry to drive down costs and by changing the program governance models to require less day-to-day oversight coupled with greater insight by utilizing the existing data systems and data products; 3) honing the cost estimation methodologies to account for the leaps in technology and manufacturing processes; 4) performing cost capability analysis/trades on program requirements to assist in comprehending the cost sensitivity to relative performance. This process helps to understand where small adjustments in a requirement could significantly reduce the cost of our systems; 5) performing disciplined program evolution activities phased over time; and 6) strengthening our partnerships with industry to better understand the realm of the possibilities and deliver leading edge capabilities to the warfighter more rapidly and affordably.

While the program office is working closely with industry and the requirements community to deliver the next generation mission ground system in 2016, we’re also addressing future ground improvements with a requirements/cost/return-on-investment focus in accordance with the BBP and BTCC principles. Data Exploitation and Space Modernization Initiative efforts are focused on affordability and incentivizing innovation. Examples include the SBIRS Automation Pathfinder, demonstrating the feasibility of building a low-cost ground system with a modest amount of automation to drive down future operational and maintenance costs. Also, the Pathfinder is proving there may be a way for the Department to take advantage of legacy sensors that may be robust enough for some residual operational value. Additional examples include; the pursuit of commercial services; commercial-class spacecraft; and commercial launch capabilities to significantly reduce the acquisition lifecycle and manpower needs while demonstrating on-orbit sensor technologies critical for future missile-warning and weather systems.

It doesn’t stop with buying better future technology; we are also pursuing costs saving initiatives in the sustainment of the current and legacy programs such as the Defense Support Program. Specifically, DSP consolidation of industry support infrastructure has generated nearly $14M in realized savings with another $11M projected for FY15 and FY16. Efficiencies between ground and factory organizations as well as increased satellite automation are targeted areas for future savings opportunities. All these best practices are being employed while we are simultaneously planning for the next-generation of missile-warning and weather systems.

Over the last decade, America’s near-peer competitors have made great strides in narrowing the gap of our military technological advantage. To keep this advantage, DoD must be able to innovate faster than our potential adversaries, all while adhering to current fiscal constraints. By merging the defense weather and missile-warning materiel development offices, and by incorporating innovative business practices into systems development, the Remote Sensing Systems Program Office is leading the charge to find new and affordable ways to maximize capabilities today while simultaneously preparing for tomorrow’s fight.