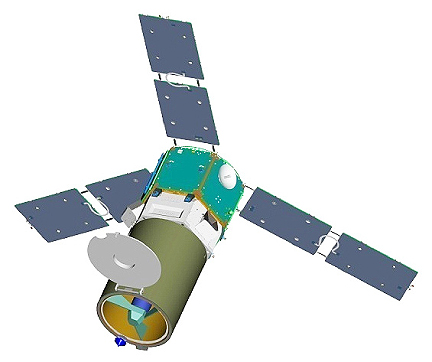 As was stated in the May 10th, 2010, Focus article by Tim Nichols, “satellites play a crucial role in our lives.” However, for some, particularly our nation’s warfighters, satellites may make the difference in critical life-or-death tactical decision making and are vital tools of modern warfare.

ORS is taking a new approach to risk and mission assurance to rapidly deploy capabilities that are good enough to satisfy warfighter needs across the entire spectrum of operations, from peacetime through conflict. The first operational ORS system, called ORS-1 is being developed to support the needs of USCENTCOM.

The concept of tactically useful satellites is not new; its roots can be traced back to experimental programs managed by the Office of Naval Research in the late 80’s that were then termed Single Purpose Inexpensive Satellites, or SPINSATs. The concept for such systems, which are designed to augment, surge, or reconstitute capabilities in concert with the more exquisite space systems that routinely support U.S. military and intelligence applications, has significantly matured over the past few years leading to this first, purpose-built, operational small satellite. 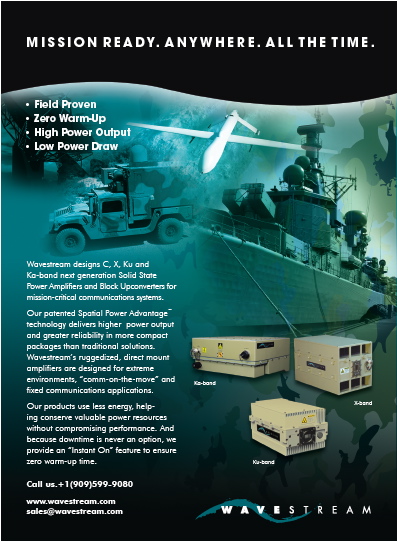 ORS-1 was born out of a confluence of events that married up a systems concept co-developed by Goodrich Corporation’s in Danbury, Connecticut, (the mission prime contractor), and ATK’s Aerospace Systems Group, Space Mission Systems team in Beltsville, Maryland, to answer a mission need for the U.S. Central Command (CENTCOM).

USCENTCOM, who is in charge of U.S. operations in Afghanistan and Iraq, identified the operational need, which was validated by the U.S. Strategic Command. The system technical concept in response to this need is both innovative and purposely designed to maximize reutilization of existing capabilities of the two companies — a payload derived from Goodrich’s U2 —Senior Year Electro-Optical Reconnaissance System (SYERS-2), and ATK’s flight-proven Responsive Space Modular Bus (RSMB) for the Air Force Research Laboratory sponsored TacSat-3 mission.

The ‘flight’ heritage of the Goodrich SYERS-2 sensor on airborne platforms, coupled with existing interoperable ground systems, enables the seamless integration of the ORS-1 data products into the battlefield picture. This eliminates the need to retrain tactical forces already familiar with U-2 imagery products, or build a whole new ground infrastructure for such satellites. This further minimizes the cost of fielding this new tactical capability.

ATK’s Responsive Space Modular Bus was, likewise, a natural choice for such a quick reaction mission. Although ORS-1 was placed on contract before the first launch of ATK’s RSMB, the effort was determined to be a low-risk path to meeting the tight mission schedule. RSMB has now completed its first year on orbit as part of the TacSat-3 mission and the overall flight has been so successful, the Air Force is extending the flight of this spacecraft. The Air Force Space Command will determine if there is operational follow-on use upon completion of a Joint Military Utility Assessment later this summer. 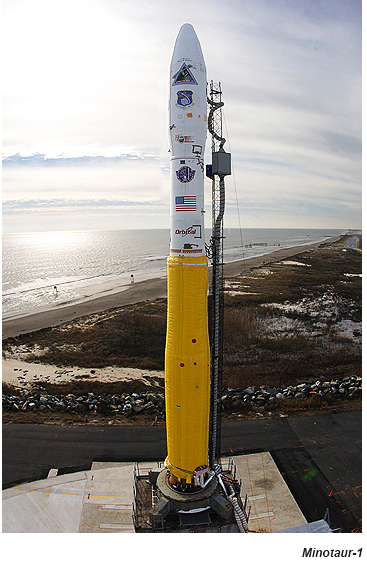 In times of conflict, warfighters need actionable information in timeframes that support the successful execution of the battle — the ORS program office concept fully recognizes this urgency, which is why a three-tiered concept has been developed:
Achieving these objectives requires fundamental changes in the way such systems are procured, built, tested and launched.

The ORS-1 program is the pathfinder for this new business model. For example, the ORS-1 contract was issued to Goodrich and ATK in a matter of days, in stark contrast to the months, or to as much as a year-long process, typical of traditional space system procurements. The contractor team was given only 24 months to build, integrate, test, and make the spacecraft ready for a planned launch in the 4th quarter of 2010 from Wallops Island, Virginia, on a Minotaur-1 rocket. ATK delivered the ORS-1 satellite bus (which is a more sophisticated version of RSMB) in just 16 months, and four days ahead of the contracted delivery date. Unlike the bus for TacSat-3, this system includes upgrades to improve the projected utility of the system.

ORS-1, and particularly its predecessor TacSat-3, has broken the space system paradigm providing militarily useful capability on a time frame of less than two years from mission concept to launch. Future versions are expected to reduce this cycle time significantly further. People have noticed, and are looking at, the possible enhancements that small satellites can bring to every space mission application as single-unit or constellation systems. “The key aims for the ORS program are to keep costs low, react swiftly to urgent warfighter needs and reconstitute capability in contested environments, with the ORS-1 being a ‘clear example’ of these goals.” (The ORS office will continue to develop the modular open systems architecture to achieve the enabling infrastructure to meet Tier-2 timelines.)

Notably, the interest in such systems is not limited to defense applications — NASA science teams have evaluated and baselined ATK’s RSMB for Explorer-class missions because of the design flexibility and low-cost that this bus offers. 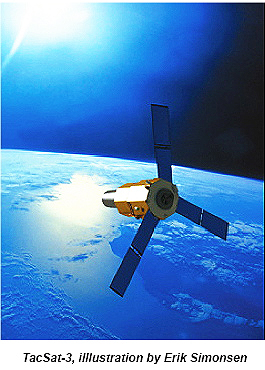 Equally important to the rapid potential to field such systems is the ability of these smaller platforms to accomplish “work-horse” tasks that unburden the bigger satellites to perform the exquisite work for which they were optimally designed.

A pair of DARPA-sponsored experimental Multiple Access Communications Satellites (MacSats) launched in May of 1990 were pressed into action in Desert Shield and Desert Storm to deliver vital logistics data stateside for the U.S. Marine Corp. Then, and now, these small satellite platforms have demonstrated an ability to augment existing space systems constellations with right-sized capabilities.

Just as other air, land and seaborne warfighting systems employ platforms of varying size and capability to perform unique elements of the mission, so too can “small satellites” (<1000 Kg) fulfill mission-critical roles. Moreover, in the event larger systems become unavailable, these smaller systems provide an ability to partially reconstitute lost or “gapped” capabilities in rapid fashion.

Several side benefits also result from the work to develop these smaller missions, among which is they keep the industrial base active, maturing new engineering talent for when larger systems are needed. Similarly, they help sustain a pipeline of experienced government personnel who can work a space program from concept through flight operations. 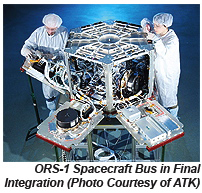 Just as the U.S. has done with aircraft and other weapons systems, a policy of potentially exporting ORS-class systems is being investigated by the Secretary of the Air Force (International Affairs) and Office of the Secretary of Defense (Policy). That effort is focused on reaching an approved protocol, consistent with and supportive of U.S. National Space Policy, to further strengthen our alliance/coalition ties and increase the survivability of our space capabilities.

Not only would opening the doors for export of small satellites add further work to the U.S. industrial base, this initiative can have two important strategic benefits.

First, by deploying these satellites in shared constellations with allied forces, we would be changing the calculus of potential adversaries through deterrence. 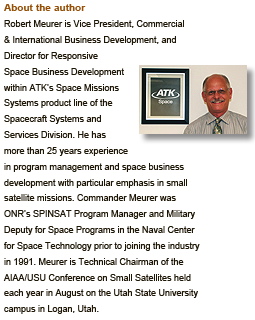 Second, by allowing coalition partners to procure additional copies of ORS spacecraft, backed by data sharing and tasking agreements, the U.S. and its allies will be able to “buy the capability of a constellation for the price of a single satellite.” In lean budgetary times, this is an obvious path to preserving a strong global space capability.
Bottom Line — Saving Lives
Finally, as was recently stated by Mr. Gary Payton, Deputy Under Secretary of the Air Force for Space Programs, “The [ORS-1] spacecraft, when delivered to orbit, will save American lives.”

Despite one’s predilection on the utility of small space systems, that is a benefit that cannot be challenged. That is why the ATK/Goodrich team is dedicated to delivering ORS-1 on schedule and on cost. 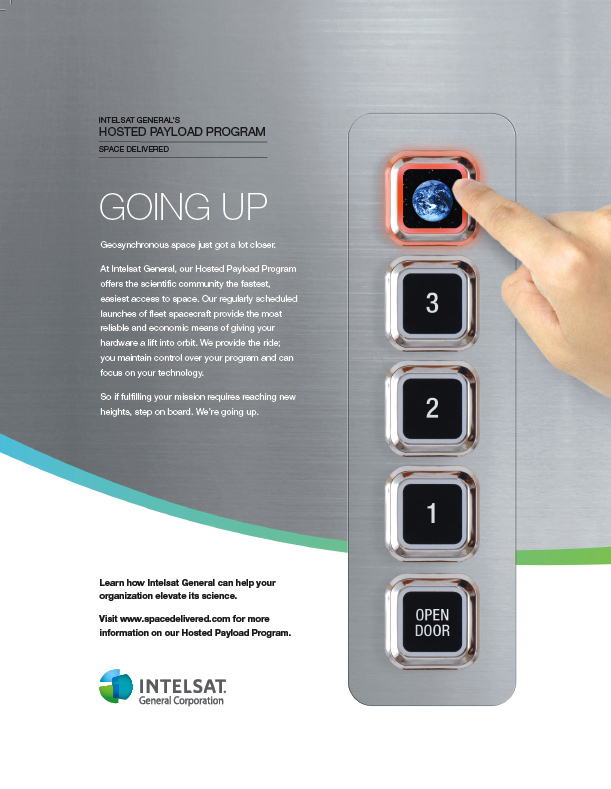 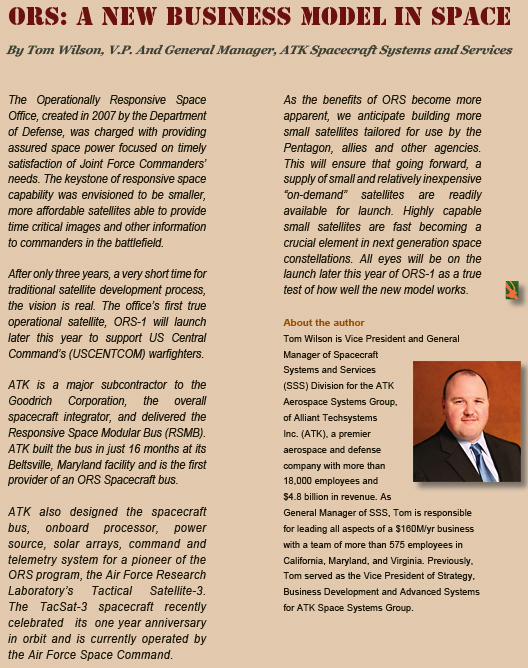 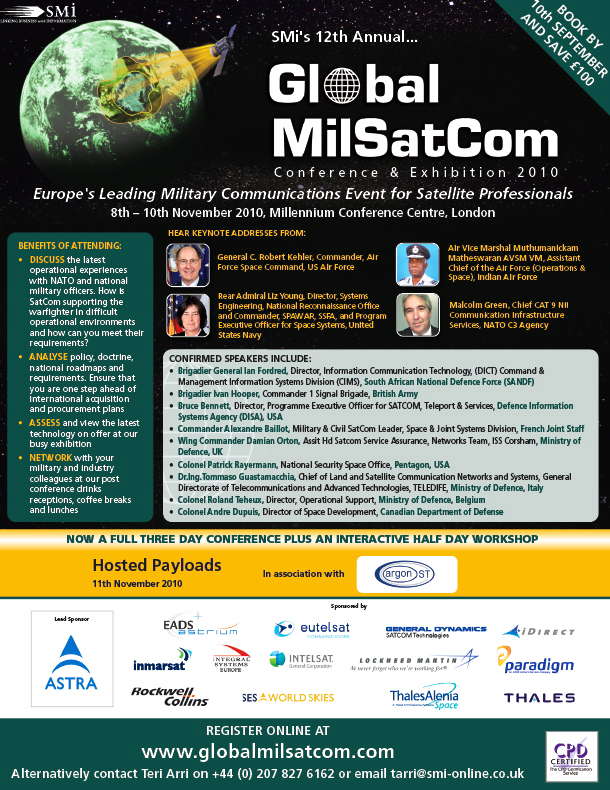