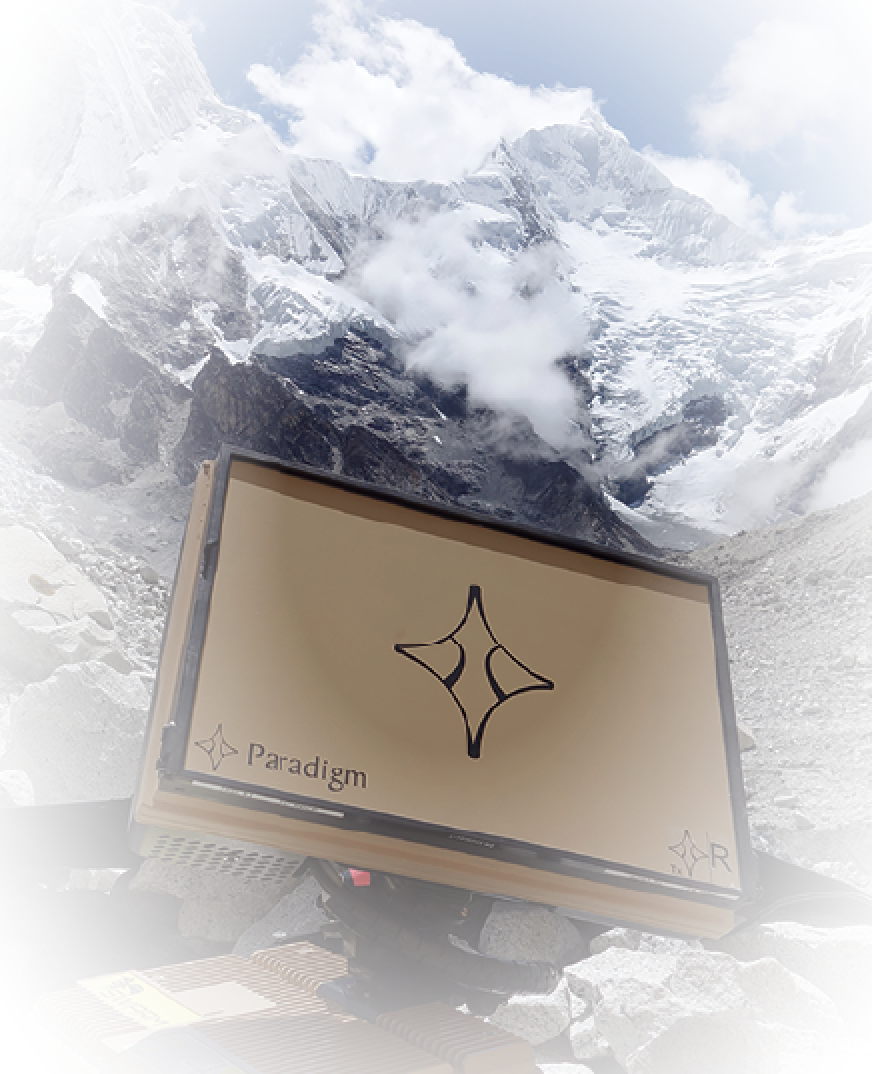 HV18 was the principal expedition of RAF100 — the celebration of the centenary of the formation of the Royal Air Force, the first independent Air Force in the world. The expedition united 75 members of the wider RAF family in a pioneering expedition to the Rolwaling and Khumbu regions of the Nepalese Himalayan range. The event brought together individuals with a variety of outdoor experience, ranging from the absolute novice to the experienced mountaineer. HV18 was the largest single service mountaineering expedition to
be undertaken.

The SWARM had already been successfully deployed by the RAF for the RAF100 Flypast over Buckingham Palace, back in July 2018. It provided the Air Command Media team with constant communications in the face of high demand from the public on the terrestrial 4G network. For an expedition such as HV18, the SWARM was a perfect fit.

The HV18 expedition aimed to have a significant media presence throughout the venture, to bring awareness to the centenary and exposure for its many charitable and commercial sponsors. In addition, they were climbing in a remote region known for earthquake risk combined with difficult to predict and extreme weather patterns. Contact with the other teams, with the Kathmandu Embassy and access to weather reports was critical to their success.

The four Trekking Teams would be able to access power and WiFi at various tea-rooms and other locations along
the way. However, the Alpine Team were going to be climbing at very high altitude, in a remote corner of the Rolwaling Himal, with no access to power or existing communication networks.

Consequently,satellite communication was going to be essential. Previous expeditions had relied on BGAN and satphones. While these provided voice options, they were notoriously slow and unreliable for any sort of data upload/download.

The suitability of the SWARM was down to a combination of key features. The complete system is lightweight and easily carried in a backpack; weight is clearly a major consideration on any expedition where everything has to be carried.

Although lightweight, the SWARM is still extremely rugged and specifically designed to operate in tough and demanding environments.

Deployment is rapid — only around 90 seconds is required, with straightforward assembly of the unit’s three modules. High-speed, broadband connectivity can then be achieved in less than four minutes with the easy-to-use PIM® (Paradigm Terminal Interface) terminal controller.

In an emergency, and when there are countless other tasks to perform at a base camp, this level of speed is critical. The pointing process is also intuitive and tool-free, using integrated audio and visual pointing cues on the PIM’s keypad, and so keeps training to a minimum.

With Inmarsat providing the airtime on their Global Xpress Ka-Band network, the SWARM was on the team. Now the media plan and Command & Control for the venture could be planned around it.

“Having the SWARM meant that for the first time on such an expedition we would have a high-speed, high-data connection wherever we were,” said RAF Squadron Leader Gordon Henderson of the Alpine Team.

With the knowledge of this capability, the RAF was able to plan for a much bigger media presence with daily updates of hi-res photos and full quality videos. Command & Control between all teams would be possible every day, plus increased access to information on weather and regular contact with the embassy would improve safety and knowledge. A super-reliable, easy-to-use broadband connection would also keep the team’s morale high during the weeks away from home, often in very challenging conditions.

Once underway, the SWARM did not disappoint. The Alpine Team used the system every day. SWARM’s performance was completely unaffected by the heavy monsoon rains, by snow or by sub-zero temperatures nearing -20 degrees.

Using SWARM was so straightforward that, as the expedition progressed, a spare five minutes here and there was enough time for other team members to be trained up to assemble and point it.

At camp, precious power was conserved by switching off the SWARM once the business of the day had been completed. Once pointed, the PIM’s commissioning feature meant that any of the team members could simply power it back up and be automatically back on the network, calling family and friends back home and updating their own social media feeds.

Command & Control requirements were more straightforward with all teams being able to maintain regular contact with the expedition leader and embassy staff. The media coverage throughout the expedition was exceptional and maintained high levels of exposure for the expedition’s sponsors.

The teams provided daily updates on Facebook, Twitter and Instagram, posting hi-res photos and video. The Alpine team were able to stay in touch with the media updates of the other teams too. When the satphones were unable to connect, the SWARM provided the WiFi necessary for daily WhatsApp calls between teams and back home, to family and friends. As RAF Squadron Leader Gordon Henderson said, “using the SWARM was like having the equivalent of a home WiFi system while living at 5,200 meters.”

The Alpine Team achieved their goal of making the first British ascent of Mt Langdung standing at 6,357 meters and also established a new international route.

Squadron Leader Gordon Henderson  added, “On the day of the summit attempt on Langdung, we were able to get up in the early hours, clear the snow off the SWARM and download a weather report before we set out.”

With the SWARM already deployed across five continents following a swift adoption by the international military and NGO sectors, Paradigm was confident of the product’s success during HV18. However, the teams’ first-hand accounts of the  unit’s ease-of-use and high-throughput in such challenging conditions are clear demonstrations of how this remarkable little terminal can make all the difference to mobile users needing reliable communications in areas where terrestrial options are either unavailable or unreliable.

Ulf Sandberg, the Managing Director of Paradigm, noted that the company is proud of the contribution and the difference that the SWARM made to HV18, adding that no other portable terminal on the market can provide the same performance and reliability in those sorts of conditions.
paracomm.co.uk/

Ulf Sandberg has more than 30 years experience in the global satellite and telecommunications world and has spent the past 20 years at the Managing Director of Paradigm.

After completing his MSc in Physics at the Royal Institute of Technology in Stockholm, he served in the Swedish Armed Forces. From there, Sandberg joined Notelsat, the operating company for Tele-X, one of the earliest Nordic Communication satellites. From there, he was with the Swedish Attaché for Science and Technology office, based in the USA. Leaving the Government sector, Mr. Sandberg worked for Swedish Telecom International and then Unisource, where he advanced to be Managing Director for the satellite business based in the Netherlands. As well as Versatel in the Netherlands, Mr. Sandberg was also involved in the start-up and creation of a number of companies and ventures in Europe and the USA.