The federal government has heard the siren’s call of the cloud. Since the original “Cloud First Initiative” almost a decade ago that encouraged agencies to explore using cloud solutions for new infrastructure needs instead of building new data centers, government organizations have increasingly been embracing FedRAMP-approved cloud solutions as an alternative.

However, not all communities and sectors within the federal government have been as bullish about cloud adoption. While civilian agencies and the intelligence community have all worked to move data and workloads into the cloud, the defense community has been reticent to go “all in” with cloud solutions – often citing security and other concerns.

But that’s starting to change.

Increasingly being heard are senior leadership across all of the branches of the military talking about a need to move to the cloud. These discussions recently culminated in the Pentagon’s release of the Defense Enterprise Cloud Strategy earlier this year, which referred to the cloud as an essential part of defense IT infrastructure that would, “empower the warfighter with data and is critical to maintaining our military’s technological advantage.”

Chances are, this new desire to aggressively move the Department of Defense (DoD) into the cloud isn’t a result of some top-down mandate.

Rather, this ia a result of the military sitting back and seeing the benefits that the intelligence community and civilian agencies are reaping from their cloud initiatives. And now they want those benefits for themselves.

The Cloud’s Positive Impact on Government
Within the Intel community, the cloud has made information sharing much easier and more effective — which was no small feat, considering that intel agencies often struggled with information sharing in the past. 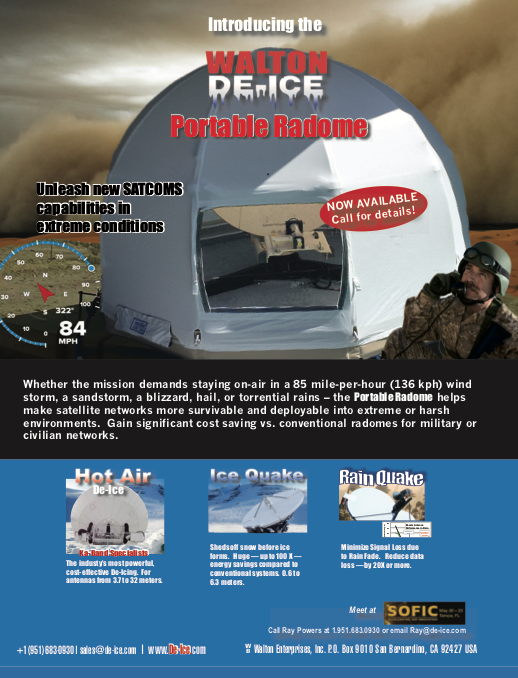 The cloud has also made it faster and cheaper for intel and civilian agencies to develop and roll out new applications and IT solutions — effectively eliminating the need to provision new physical servers and data centers for applications.

While the cost savings and increased speed of execution has certainly been attractive, there have been other, fringe benefits that have resulted from their cloud migrations.

The cloud has enabled these agencies to experiment more and implement innovative IT programs with less concern about failure. As little physical infrastructure investment is necessary to execute on new IT programs, there are few ramifications if a program fails or an application doesn’t gain traction within the agency.

The wide reach and geographic spread of cloud providers also creates benefits for government agencies. Emergency and disaster situations are less likely to knock out applications and services since they can be moved from one of a cloud provider’s data centers to another in a location that wasn’t impacted – something that would be impossible without significant cost for an agency operating using only brick and mortar enterprise data centers.

This also allows data and applications to be housed and hosted geographically closer to where they’re needed, since most cloud providers operate a massive number of data centers in various different geographies.

The military has seen these benefits in action for the intel and civilian agencies and they understandably want access to them, as well. But they face a unique challenge that they’re going to have to overcome if they’re going to migrate necessary applications, IT services and tools into the cloud.

Connecting Military Personnel
The DoD has civilian personnel, senior leaders and active duty warfighters deployed across much of the globe. The organization is extremely large, and extremely distributed.

At home within the United States, on military bases and in office buildings, high-speed, broadband connectivity is almost taken for granted. It’s ubiquitous and available to deliver the most bandwidth-hungry applications and IT services to anyone who needs to access them.

However, when you start to cross outside U.S. borders, when you leave military bases, when you operate outside of allied nations with stable and reliable infrastructure, that connectivity can evaporate. That’s a massive problem when all of the applications and IT services that military personnel rely on are hosted in the cloud — and a reliable, high-bandwidth connection is necessary to access them.

The fact is, the experience for military personnel on a military base is nothing like the experience for personnel in a forward operating base. Should there not be consistent, reliable network connectivity, should networks not be secure, or should terrestrial networks simply not exist, deployed military personnel will not have access to cloud-hosted tools and applications. That’s probably where they’ll need them the most.

Thankfully, there is a solution in the form of satellite communications.

Satellite: The Military’s Key to the Cloud
In places where terrestrial networks are nonexistent, unreliable, insecure or lack the necessary bandwidth for military applications, satellite communications can fill the military’s connectivity requirements.

Needing little ground infrastructure to operate and available from space to practically anywhere on the globe, satellite is an adept alternative for delivering the connectivity warfighters need to access cloud applications and tools. This is especially true thanks to recent innovations and advancements in commercial satellites and satellite constellations.

Today’s innovative High-Throughput Satellites (HTS) are now available at orbits closer to the Earth, including Medium Earth Orbit (MEO), which drastically reduce latency and deliver an experience on par with high-speed terrestrial fiber networks. This is essential for delivering access to advanced cloud solutions that may require low latency environments, including cloud applications that require less than 200 milliseconds of latency.

In addition to their ability to deliver immense bandwidth, high throughputs and low latency, these MEO HTS satellites are also more secure. Comprised of moving satellites using small spot beams, communications sent via MEO constellations — such as the SES O3b MEO satellite constellation — are more difficult to jam and intercept.

MEO satellites are the most available, reliable and secure solution for giving deployed military personnel and warfighters access to the cloud regardless of where they are on the planet.

The post How satellites can connect the military to the cloud appeared first on GovSat.

This article first appeared on GovSat and is republished with their permission. To read additional, informative articles, please visit ses-gs.com/govsat/#