A United Launch Alliance (ULA) Delta IV rocket carrying a payload for the National Reconnaissance Office (NRO) lifted off from Space Launch Complex-6 on January 12 at 2:11 p.m. PST — this launch was Designated NROL-47 and the mission is in support of national defense. 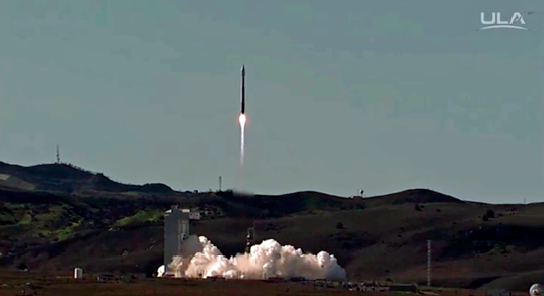 The ULA launch of NROL-47 from Vandenberg AFB. Photo is courtesy of United Launch Alliance.

This mission was launched aboard a Delta IV Medium+ (5, 2) configuration Evolved Expendable Launch Vehicle (EELV) powered by one common booster core and two solid rocket motors that were built by Orbital ATK.

The booster and upper stage engines are both built by Aerojet Rocketdyne.

This is ULA’s first launch of 2018 and the 124th successful launch since the company was formed in December 2006.

The launch was also the 36th flight of the Delta IV rocket since its inaugural launch in 2002. 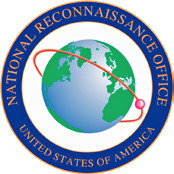 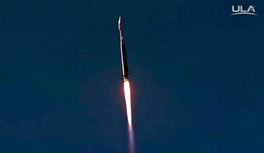 ULA’s next launch is the Space Based Infrared System (SBIRS) GEO Flight 4 mission for the U.S. Air Force on an Atlas V rocket. 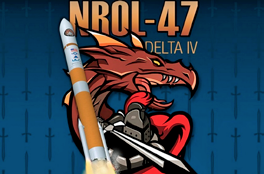 Will Crawford, ULA’s NRO program manager, noted the company’s thanks to the entire ULA team and all of the mission partners at the NRO and U.S. Air Force who made this, ULA’s 27th NRO launch, possible.

In a statement from Colonel Greg Wood, who is the vice commander of the U.S.A.F.’s 30th Space Wing, as well as the launch commander, was delighted that every Team V member involved worked tirelessly to ensure this launch was safe and successful.

NROL-47 is a classified launch — the exact nature of the payload is unknown as of this writing.
www.ulalaunch.com
www.nro.gov

The company is currently in early production of development hardware for NGL. 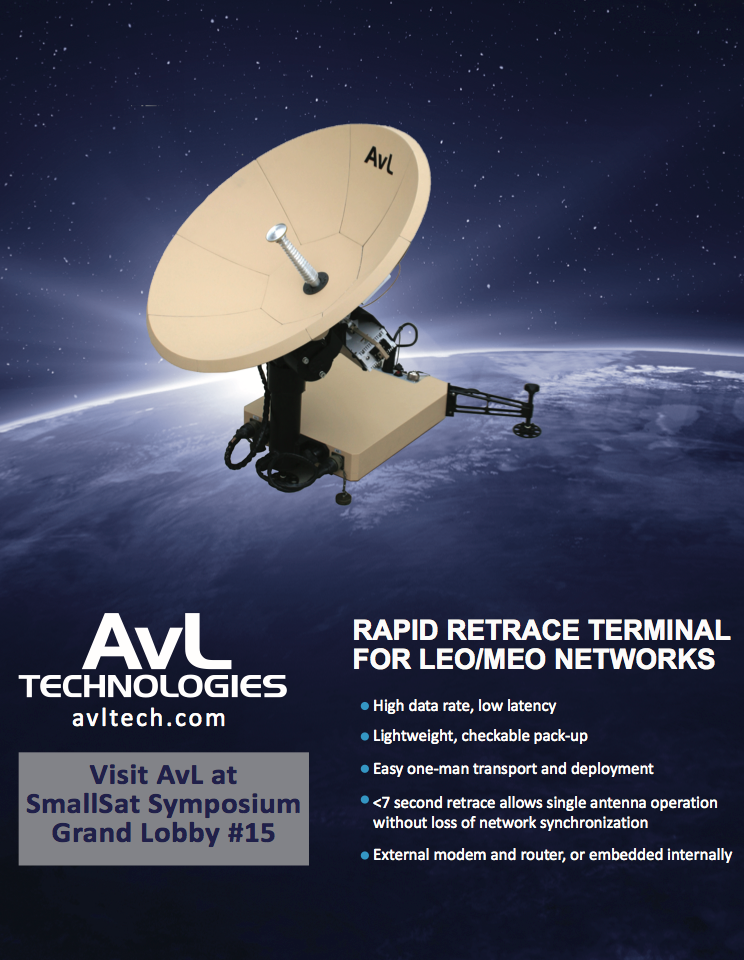 To date, the company has jointly invested with the Air Force more than $200 million to develop the NGL rocket family.

In addition to launching the entire spectrum of national security payloads, the NGL family of vehicles will be capable of launching science and commercial satellites that are too large to be launched by Orbital ATK’s current Pegasus®, Minotaur and Antares™ space launch vehicles.

The next phase of the NGL program is expected to begin when the Air Force awards Launch Services Agreements in mid-2018, which would entail full vehicle and launch site development.

These vehicles will operate from both east and west coast launch facilities. 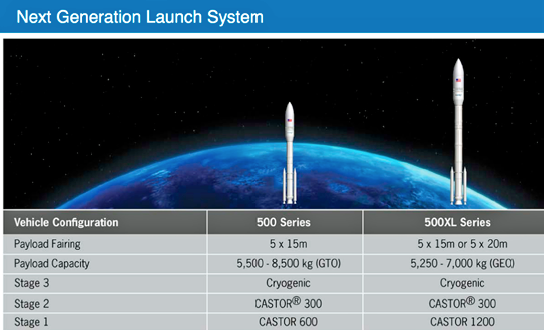 According to the company, high commonality with other programs benefits their customers by:

Milestones Orbital ATK has accomplished to date on their new launch system include:

• Successful Critical Design Reviews of the first and second stages
• Complete refurbishment of the 66,000-square-foot case production facility
• Production and installation of tooling
• Manufacture of the first development rocket motor case
• Establishment of an agreement with NASA to use the launch facilities at KSC

Scott Lehr, President of Orbital ATK’s Flight Systems Group, noted that under this CRADA, Orbital ATK is better able to support SMC in being the guardians of assured access to space.
www.orbitalatk.com

Horrible reports of abuse and murder in the Central African Republic has motivated the United Nations International Organization for Migration(IOM) agency to help change and assist the victims of this civil war. 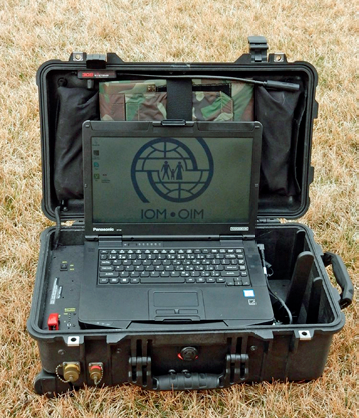 The humanitarian crisis in the Central African Republic (CAR) has received plenty of media attention in recent years.

Since civil war broke out in CAR, 115,000 Chad refugees have been displaced in the remote region, countless people have been killed and many more have been the victims of rape and other forms of abuse.

The situation in Chad would be worse were it not for the peacekeeping work of the United Nations International Organization for Migration (IOM) agency that is providing basic facilities such as temporary shelters, water and sanitation facilities, health centers, schools, children-friendly spaces, as well as vouchers for their food subsistence.

The aim is to provide technical support for the management of both transit and temporary sites as well as to advocate for durable solutions for the displaced persons in the sites in the long run.

Deploying the TAC-PAK mobile command systems, the United Nations has been able to create a satellite and cellular communications based continent-wide wireless network.

The TAC-PAK’s have created an invaluable and fast communications infrastructure where, previously, none existed.

The IOM’s TAC-PAK videoconferencing flyaway kit deployment addressed the shortfall of voice and data infrastructure and equipment experienced by the IOM teams on a daily basis in the remote refugee camps.
www.308systems.com/

Elbit Systems Ltd. announced that the UK MoD has declared that the Mercury Radio System achieved Full Operational Capability (FOC) and is now in service with the UK Army Cadet Force (ACF). 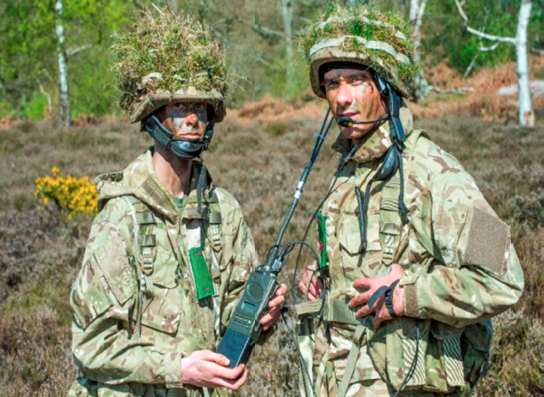 In conjunction with Drumgrange Ltd. (“Drumgrange”), Elbit Systems delivered over 3,000 PRC 710 VHF radios and amplifier sets and 150 PRC 720 HF man-pack radios along with battery charging and ancillary equipment to enable practical field-craft and signals training and a command and control capability.

The UK MoD was provided with extensive hardware and software enhancements to achieve best in class Radio performance.

At a formal customer presentation to mark the occasion, Brigadier Richard Spencer, Head of the Battlefield Tactical Communications and Information Systems (BATCIS) Delivery Team stated that the delivery of this capability to exacting time, cost and performance parameters is a real success story and he is delighted to see the radios now in the hands of both the Cadets and Instructors.

Martin Fausset, CEO Elbit Systems UK, stated that the company is delighted to become a new radio supplier to the UK MoD providing a valuable capability for the UK Army Cadet Force and future users.

George Howe, Managing Director of Drumgrange, added that the company is gratified to be able to provide the ACF with a new and cutting-edge equipment and communications solution that will not only allow them to train effectively but also provide a key safety communications network for support on exercises and other activities.
elbitsystems.com/

Aitech Defense Systems Inc. has developed a new method of providing high performance, application-specific remote I/O management through the use of expansion modules, or “slices,” in the new rugged, space-qualified Ai-RIO.

Through the unit’s modular, small form-factor (SFF) structure, the remote I/O interface unit (RIU) is a system-of-systems that provides a new level of scalable intelligence that meets specific user requirements and adapts to evolving application needs.

The Ai-RIO is easy expandable, with up to eight units networked together, for unprecedented functionality in a compact space. Added capabilities include I/O, power switching, mass/SD FLASH memory and other functionalities.

Offering one of the widest ranges of I/O available in a SFF platform, the remote I/O sub-system includes a Gb Ethernet port with precision time sync IEEE-1588 support, ten RS-422 ports (eight of which are RS-422/485), an additional eight LVDS or RS-422/485 UARTS as well as four SpaceWire ports with LVDS I/O, two CANbus ports and sixteen GPIO in two blocks of eight.

The housing is constructed of 6061/T6 flight grade aluminum and is based on a common 5.5” x 5.5” x 1.2” small form factor. The expansion modules can be single- or double width, incorporating one or two PWBs, respectively, measuring between 1” and 2”, depending on connector width and type and module/”slice” board count.

External connectors can be either micro D-Subs for space applications or standard micro MIL-DTL-38999 circular military connectors for use in defense environments. The base unit configuration weight of an Ai-RIO is only 3.75 lbs with a power dissipation of less than 12 W.

Each of the two e500 cores within the processor are monitored by its own watchdog timer that generates an internal CPU interrupt after the first expiration period or a hardware reset after a second timeout. A third external watchdog timer is located in the rad-tolerant FPGA that, when enabled, resets the entire subsystem after the first expiration period of the internal timers.

The Ai-RIO features onboard temperature sensors as well as A/D voltage and current monitoring with built-in test (BIT) for high reliability. The unit has been tested and characterized directly by Aitech for radiation effects over 25 krads (Si) TID at varied flux rates. The P1020 processor is immune to latch up, with other components meeting the heavy ion Linear Energy Transfer threshold (LETth) of at least 37 MeV-cm2/mg.
rugged.com/ai-rio-remote-io-subsystem