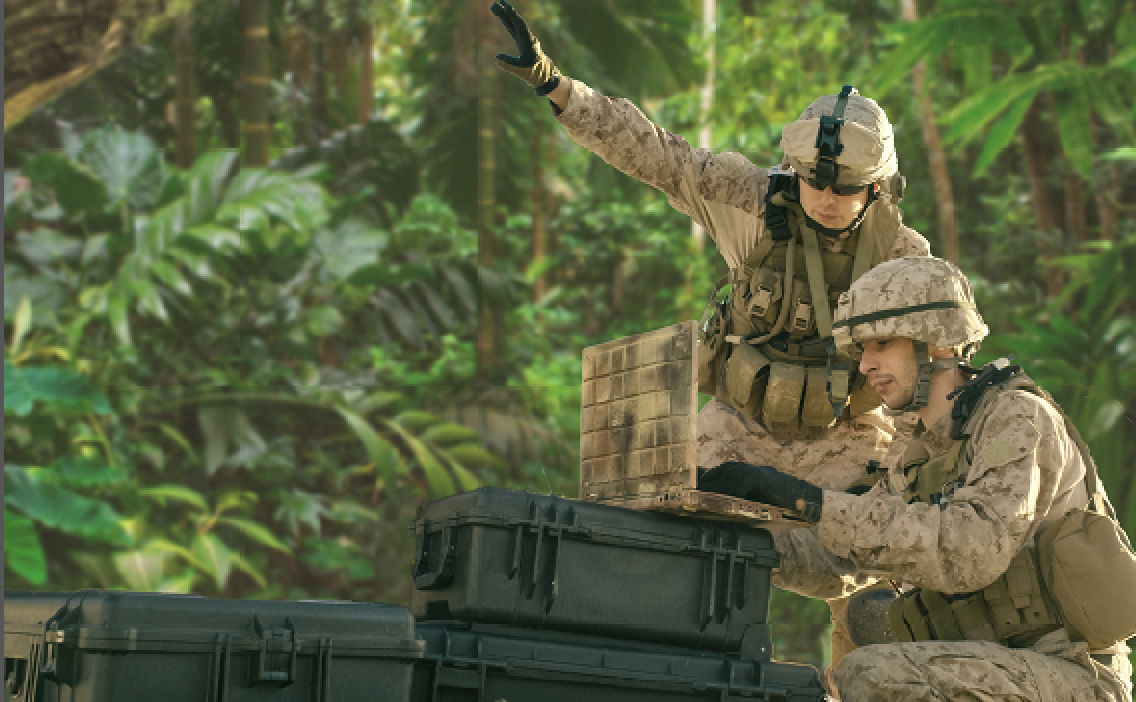 Selecting the correct solution was key, as the objective of the system is to enable defense and security agencies to curb illicit acts, such as arms trafficking, drug and contraband smuggling, cargo and vehicle theft, environmental crimes, and prevention of border conflicts in coordination with the neighboring countries.

By contributing to improve security and stability, SISFRON is able to help the long-term development of Brazilian border areas, including the Amazon region. SpaceBridge ASAT™ WaveSwitch™ technology was selected due to its efficiency in supplying communications with enough scalability, flexibility and reliability in mission-critical real-time conditions, significantly optimizing the Space Segment and providing reliability to the communication links in remote areas, including where interference is present.

...in a bandwidth on-demand scheme. With the acquisition from SpaceBridge of a bandwidth on-demand scheme — the ASAT™ WaveSwitch™ VSAT hub system with georedundancy and 15 Lightweight Flyaway Terminals (TL) was perfect for the Pilot Project. The project encompassed the country region under the responsibility of the Western Military Command (CMO). The Brazilian Army was then better able to make a use of available satellite resources and increase reliability, flexibility and efficiency with quickly deployable terminals that easily connected remote military units or subunits to headquarters.

The ASAT™ WaveSwitch™ system is capable of dynamically managing the available bandwidth and switching the waveform according to each application’s demands and to the propagation conditions, even with interference present. In a scenario where military HF and VHF radio aggregation and termination are needed, the most favorable real-time, MF-TDMA waveform will take place and be automatically activated in the system for secured and immune transmissions.

However, when an important event needs video or high-resolution picture needs to be sent in real time, the SCPC waveform will enter into action, transmitting secured high-data rate and high-quality live video from HD cameras. With the adoption of this new paradigm, newfound agility and flexibility to deploy the terminals became clear.

Better efficiency was then fully achieved with the system’s ability to provide Bandwidth on Demand (BoD) from the unused capacity on the fly for those remote vehicles or deployed command posts and maneuvering special units, according to their needs and applications. This includes: C² systems, sensor data transmission, trunking radio communications backhauling, VoIP calls, video streaming and videoconferencing — all without the need for previous scheduling. This allows the remote units to communicate with headquarters more fluidly and, as a consequence, a better outcome is produced from defense and law enforcement activities along the Brazilian border. 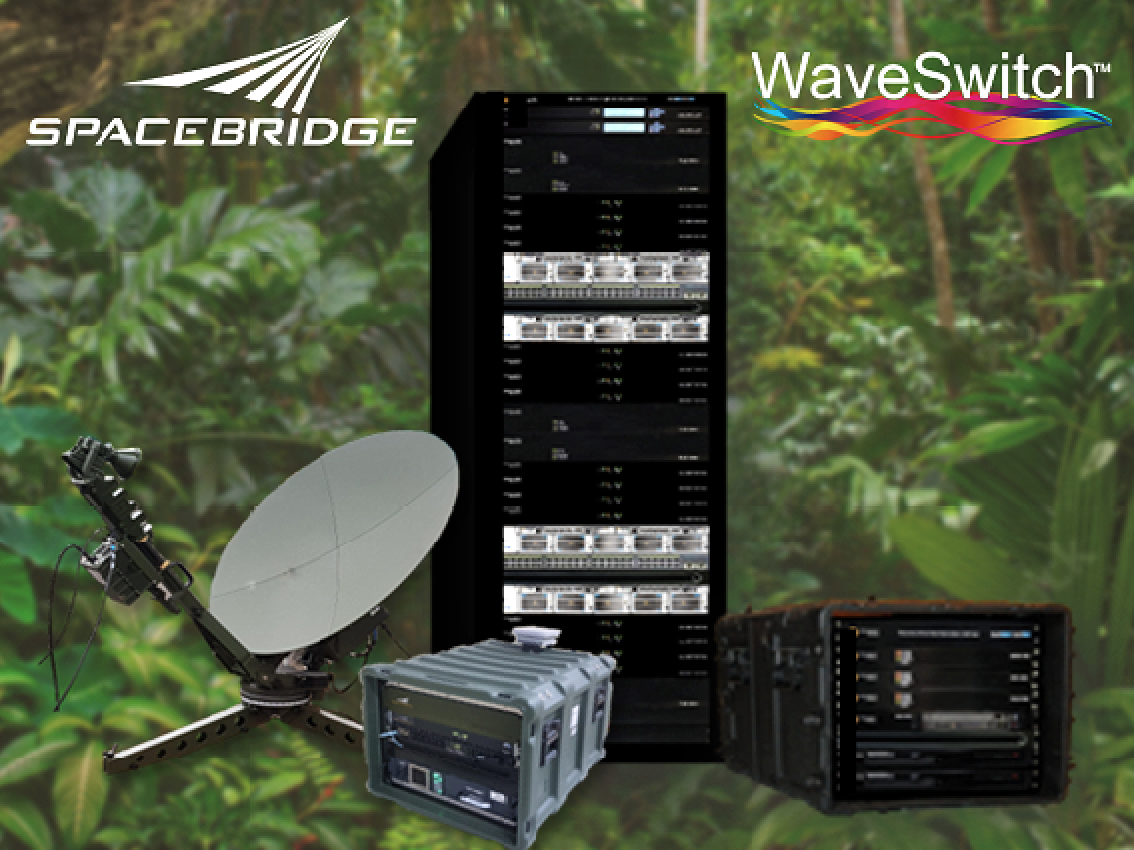 Worth noting is that the ASAT™ WaveSwitch™ system was provided with the capacity to absorb all the armed forces’ X-band terminals of the Military Satellite Communications Integrated System (SISCOMIS) currently in use, as well as advanced gateway georedundancy capabilities, to provide continuity and resilience in case of turbulent weather conditions, interference or natural disasters.

The SpaceBridge disaster-ready architecture is designed to deal with such high- risk scenarios. Therefore, all of the Brazilian Armed Forces and MoD are able to benefit from the flexibility, efficiency, resilience and reliability of the satellite communications infrastructure in joint and interagency operations.

During the expansion of the Amazonian and West region of Brazil, SISFRON increased the number of deployed terminals by procuring and adding other flyaway remote terminals to allow for flexibility, resilience and independence when it comes to the SATCOM aspects of the deployed commands.

As a well-established vendor and operator of advanced managed services, SpaceBridge provided in-country project management. This included the Factory Acceptance Test in Canada, as well as Advanced SATCOM trainings and knowledge transfer to Brazilian Army operators and other partners.

Army officials’ were extremely satisfied with the demonstration that the ASAT™ WaveSwitch™ system provided the Brazilian Army had the capability to better monitor the almost 17,000 km. of the nation’s terrestrial borders. As a result, the Brazilian population living closer to the borders can now feel more secure, as they are being better supported and defended by the Brazilian Army. This security allows for better economic growth in that area as well as better utilization of the land and of the wealth of natural resources.

Furthermore, due to the success of the implementation of the ASAT™ WaveSwitch™ system within SISFRON, and its scalability along with its already existing integration with the Brazilian MoD’s Defense Operational Network (ROD) and the Military Satellite Communications System (SISCOMIS), SpaceBridge envisions potential future opportunities with the Brazilian Armed Forces and MoU, to improve the provision of C² information to key-decision makers in joint and interagency operations for matters of National Defense.
www.spacebridge.com

Author Alexandre Silva retired from the Brazilian Army in mid-2021 as a Colonel and military telecommunications engineer, after more than 29 years of service. He is now part of SpaceBridge’s team, leading the Government and Defense Business Development initiatives and defining the next Generation Product Lifecycle as Defense Product Owner. Throughout his career, he commanded and led several ground and satellite communications systems and projects, among them worth mentioning his role as technical engineering commander of the Brazilian MoD’s Defense Operational Network (ROD) and the Military Satellite Communications System (SISCOMIS). 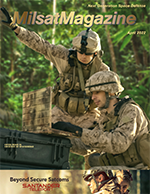