NROL-52 Satellite Gets A ULA Blast Off 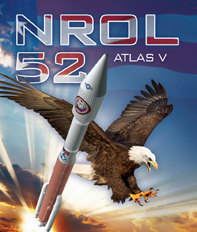 Designated NROL-52, the mission is in support of national security.

“Today’s launch is a testament to the tireless dedication of the ULA team, demonstrating why ULA continues to serve as our nation’s most dependable and successful launch provider,” said Laura Maginnis, ULA VP of Government Satellite Launch. “After recovering from Hurricane Irma that came through the area last month, and the last week’s weather challenges, the team found the right opportunity today to deliver this critical national asset to orbit.”

This was ULA’s seventh launch in 2017 and the 122nd successful launch since the company was formed in December 2006. 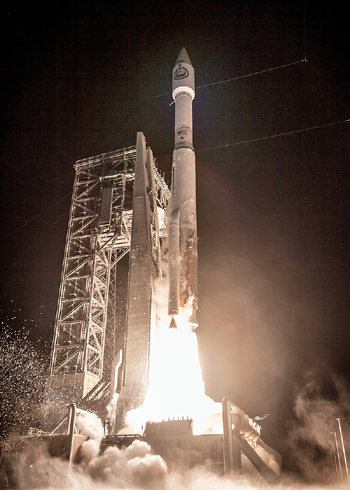 “I want to thank the entire ULA team and our mission partners at the NRO and U.S. Air Force who made this, our 26th NRO launch, successful,” said Maginnis.

The EELV program was established by the USAF to provide assured access to space for Department of Defense and other government payloads.

"Never before has innovation been more important for keeping  us ahead of the game. As the eagle soars, so will the advanced capabilities this payload provides  to our national security,” said Colonel Matthew Skeen, USAF, Director, NRO Office of Space Launch.

“Kudos to the entire team for a job well done.”

NROL-52is the fourth of five launches slated for the NRO in 2017. The next  NRO launch is on  schedule for December from Vandenberg Air Force Base, California.

With more than a century of combined heritage, United Launch Alliance is the nation’s most experienced and reliable launch service provider.

ULA has successfully delivered more than 120 satellites to orbit that aid meteorologists in tracking severe weather, unlock the mysteries of the solar system, provide critical capabilities for troops in the field and enable personal device-based GPS navigation.

Kratos Defense & Security Solutions, Inc. (Nasdaq:KTOS) has received a modification under an existing contract from the U.S. Air Force to update satellite control and management systems.

Kratos’ satellite communication business supports more than 85 percent of U.S. space missions and is used by more than 75 percent of the world’s commercial satellite operators, with products and services ranging from command and control (C2) to signal processing, RF interference mitigation, network operations and cybersecurity. 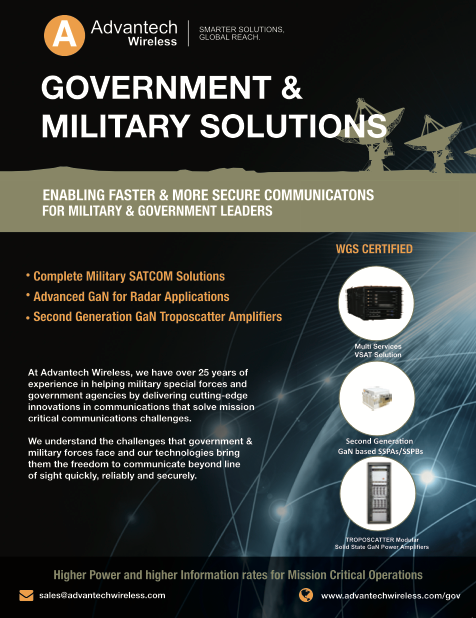 Kratos, through its satellite business, operates the only global network of RF monitoring and interference detection sensors, providing commercial and government clients with important situational awareness data and analytics.

A Soyuz-2 launch vehicle with a Meridian satellite payload. Photo is courtesy of TASS.

"An order has been endorsed for four Meridian-M satellites to maintain the existing orbital grouping. This is, indeed, an upgrade of existing Meridian satellites, considering the replacement of hardware components while all the technical solutions are the same," the chief executive said.

The company plans to manufacture the first Meridian-M satellite in late 2018, he said.

"Further on, the state customer will decide whether to launch the satellite immediately. The next satellite will be ready in 2019, the third in 2020 and the fourth in 2022," Testoyedov said, noting that the timeframe had been selected taking into account the time when the existing Meridian satellites will start to be retired in a planned manner.

The Meridian series embraces second-generation satellites that came to replace Molniya and Raduga space vehicles. The operational satellites have an active service life of seven years but none of them has yet used up this term.

Also known as Block 0, LCS demonstrated conformance through test and analysis with all contractual requirements. OCX has had numerous challenges delaying the delivery of this critical capability.

This delivery marks a significant program milestone providing the Air Force with a cyber-hardened ground system to support the launch and on-orbit checkout of the GPS III satellites. OCX Block 0 is the foundation for Raytheon’s future Block 1 and 2 delivery, slated for delivery in 2022.

Today mission operators are utilizing LCS as part of the GPS III Mission Readiness Campaign. The ground system is performing as expected during the rehearsals and space vehicle checkout, giving the Air Force confidence in its readiness to support launch and on-orbit operations. The first launch of a GPS III satellite is scheduled for 2018.

Advantech Wireless has presented the details of their Second Generation Advanced GaN based SSPAs/BUCs and WaveSwitch™ “on-the-fly” SATCOM Waveform Switching Technology during the recent AfricaCom and Global MilSatcom 2017. 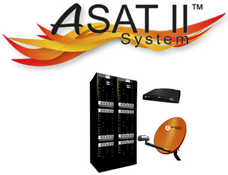 The new generation of GaN based SSPAs provide higher performance and reliability, combined with the smallest form factor and lowest power consumption on the market.

Cristi Damian, Vice President Global Sales and Business Development, RF and Microwave Products at Advantech Wireless, noted that as the Satellite Market is evolving, so does SATCOM technology.

He added that applications that could not be addressed in the past, are now possible, with the correct combination of network planning and hardware selection. Cost can be drastically reduced, by adopting advanced technology.

Additionally, he emphasized that as a state-of-the-art designer of High Power RF, SATCOM modems, and full VSAT Networks, Advantech Wireless has the expertise to help in these decisions and assists users in avoiding expensive mistakes
www.advantechwireless.com

Israel Aerospace Industries (IAI) has received their first order for the company's SATCOM terminal with a conformal electronic-steered antenna for fighter jets.

ELTA's ELK-1882T SATCOM network system will be installed for the first time on tens of very advanced Western fighters, with first deliveries planned for 2021. This network system is the latest technology developed by ELTA Systems Ltd., a group and subsidiary of IAI (IAI/ELTA). IAI/ELTA's SATCOM solutions was on display at SMi's MilSatCom Show in London.

The customer has selected the innovative ELK-1882T Ku-band phased array SATCOM network for the product's ease of installation and integration, which boasts minimal impact on aircraft performance due to the conformal installation. This conformal flush installation generates negligible drag, as opposed to conventional high profile SATCOM dish antennas.

In addition, the new system has no moving parts, which greatly enhances reliability and robustness, especially on board modern high maneuvering fighters. The onboard system (terminal) includes a conformal phased antenna installed on the jet's fuselage, comprising the transceiver, modem and High Power Amplifier (HPA) in a single LRU, with an IP LAN connection to the aircraft avionics.

Nissim Hadas, IAI Executive VP and ELTA President, noted that this significant achievement is the first milestone in positioning ELTA as a leader in electronic steering technology for aircraft communication solutions.
www.iai.co.il/