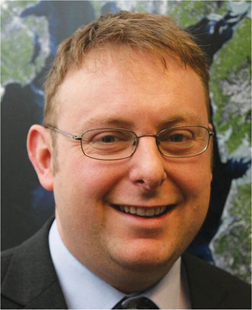 John has proven engineering, management, and business development skills, with a track record of working with international space industry partners in securing new business opportunities and delivering projects. He is accustomed to interfacing with senior officials in the international space community and skilled at developing innovative approaches to meet challenging space business goals. John holds a bachelor’s degree (honors) in electronic engineering and a doctorate in electronic engineering from the University of Surrey. He is an author and co-author of over 35 scientific and engineering publications.

MilsatMagazine (MSM)
Good day, Dr. Paffett. With SST-US being a regular exhibitor at the annual Geospatial Intelligence Symposium (GEOINT), taking place this year at the Gaylord Palms, Orlando, Florida, October 8th to 11th 2012, could you tell me as a leading small satellite proponent whether you believe small satellites have utility and application in this market.

Dr. Paffett
Absolutely. In the last 15 years we have seen a significant increase in the utility and application of small satellite solutions, driven by enhancements in technology, both on the bus and payloads, and a significant reduction in cost. Surrey has been at the forefront of this activity implementing systems providing high-quality 32m, 22m, 2.5m and 1m Earth observation imagery at a fraction of the price of previous programs.

The NigeriaSAT-2 satellite launched August 17, 2011, is a good example. We designed, manufactured, and launched this 300kg, agile, 2.5m resolution Earth observation satellite for less than $30M, significantly improving the price performance point for this class of mission.

Our ongoing 1m resolution Earth observation satellite development is another great example. We’re planning to launch three SST-300 S1 spacecraft in 2014 for approximately $160M including launch and insurance—that’s less than half the cost of what others have paid for a single on-ground satellite with comparable performance. As budgets become increasingly constrained, small satellite solutions will play an increasingly important role in fulfilling user and market needs. 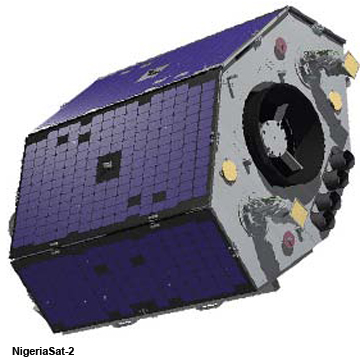 MSM
You mention budgetary constraints, something that is obviously at the forefront of people’s minds today. How do you see the current economic climate impacting the market and future opportunities?

Dr. Paffett
In the short term, it’s making things very difficult. The need for, and our reliance on, the data and information produced by these systems only continue to increase, yet available funding is declining. A lot of the community has become accustomed to operating in a particular way, something the worsening financial conditions struggle to support. This is forcing people to change and consider different options—some are embracing this quicker than others.

Unfortunately we have found that several of our opportunities have been delayed with paralysis occurring while the customer considers the options and accepts the need to do things differently.

Landsat is one example. Despite significant user community demand for the data, increased latency, and continuity of service, the budgets have been cut and the program delayed. The customer is now considering alternative options for the system’s implementation.

Long-term I believe the situation will stabilize. In fact, I see the market for small satellite solutions increasing as the community becomes more financially aware and budget-constrained.

MSM
We understand that this market is predominately government customer based, do you believe this will change?

Dr. Paffett
Yes, it will change. I firmly believe that we are in the infancy of the commercialization of the Earth observation market and that it will follow a similar pattern to what occurred in the geostationary communications market 15 to 20 years ago. As commercial and entrepreneurial entities begin to figure out how they can derive income from the market and as the infrastructure costs decrease, then the commercial nature of the market will evolve. I expect that first we’ll see growth in the commercial provision of optical Earth observation products and services at various resolutions.

The next stages of commercialization will be with systems providing higher temporal data, daily and even sub-daily imaging, and also the use of other sensors or payloads such as synthetic aperture radar, hyperspectral, infrared, and GPS radio occultation.

MSM
With some systems giving data away for free, how does that impact the commercialization of the market? 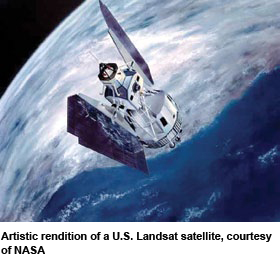 Dr. Paffett
That is a good question. The availability of free imagery helps to stimulate its use, the growth of applications, and our dependency on the data—ultimately generating an increasing demand, which is good. Unfortunately, the infrastructure has a cost associated with it, and so sustainability becomes an increasing issue. We are certainly seeing it with some systems today, where the user community has become used to having the data, but now there are questions over how future infrastructure will be funded—Landsat being the obvious example. This is where small satellite solutions can play a valuable role in limiting the cost of deployment of future infrastructure. For some of the commercial and entrepreneurial entities, the availability of free imagery makes the generation of revenues more complex, and that is undoubtedly reflected in the pace at which the market is commercializing.

MSM
In the geospatial intelligence domain, do you believe small satellites can provide the solution to all upcoming requirements?

Dr. Paffett
Definitely not—I do not believe that all requirements have to be met with large, complicated, or expensive satellites. What’s actually important is identifying the most appropriate solution to fulfilling a given requirement, and, in fact, challenging the premise of the requirements to see whether there are smarter ways to achieve the same or similar result. Large satellites will be ideally suited to addressing some needs, smaller satellites others. It is definitely not the case of one size fits all.

The challenge we regularly face is getting prospective customers to consider other options or ways of working. Some have become used to or even ingrained in a particular class of mission and way of doing business, and considering alternatives is difficult. I guess that’s human nature. It’s something we occasionally find when dealing with a new customer: adopting a different approach can be feel like a leap of faith, and it’s only afterward that the customer realizes that it’s not really that different.

MSM
You said that you saw future stages of commercialization of the remote sensing market, systems providing higher temporal revisit and alternative sensor suites, is this something Surrey is planning to address?

Dr. Paffett
Absolutely—we’re already doing it. Systems we’ve provided, such as the Disaster Monitoring Constellation (DMC) and RapidEye, are already providing high temporal revisit. The DMC constellation, for example, will provide daily revisit, providing imagery products that have significant utility in a number of areas including the disaster management arena, climate and weather management, and agriculture. The range of products and applications is very much in its infancy, with people only just beginning to imagine what they can do with regular imagery of a given location.

With respect to sensors and payloads, we’re already working to provide higher resolution optical solutions, with the 1m resolution system to be deployed in 2014 and plans to improve the resolution further in the future. We are also looking at a broader spectrum of other instruments and payloads.

NovaSAR is a great example. For years we have seen the future need for low-cost, moderate-resolution synthetic aperture radar (SAR) for a range of applications such as maritime situational awareness, disaster management, and agricultural and land management. Up until now we’ve not had a solution that meets the desired price performance point.

That’s now changed, and, thanks to advances on both the payload and platform, we’re now developing the NovaSAR product—an S-band SAR able to provide 6m and 30m resolution imagery, planned for launch in 2014. 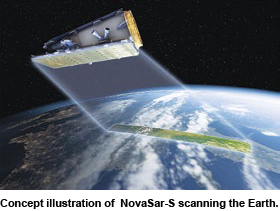 As another example, SST-US is part of the team for the recently awarded NASA Earth Venture 2 (EV2) program CYGNSS. Under this program, we will be providing the SGR RESI payload, which will be used to forecast weather and monitor climates by measuring ocean surface winds throughout tropical storms and hurricanes.

MSM
Clearly, Surrey is active in this market and has small satellite solutions that could address many customers future needs, what are the main points which you think are stopping people considering your solutions?

Dr. Paffett
That’s another good question. The biggest issue to be honest is false perceptions. There are several points which routinely come up—the first relates to cost credibility: Although there are growing budgetary constraints, people do not believe we can deliver missions at the price we do, and a comment often made is we’re “too cheap.” We recently commissioned The Aerospace Corporation to audit six of our previous programs to provide independent assessment that we did deliver them for the price we quoted and also to demonstrate that the current cost modeling tools yield the wrong results for this class of mission. I am happy to share the report on this audit.

The second point is that people equate cost with quality and believe that our low cost equates to low quality—something that really is not the case. While our approach to delivering a program may be different from that taken by a larger, more conventional prime, the end result has to be the same. If a customer contracts us for a provision to fulfill specific requirements, be they technical or mission lifetime, then we have to achieve these requirements, same as everybody else. We’d have been out of business a long time ago if that were not the case.

The last point is the one made earlier about fear of change and human nature. One of our biggest challenges is getting a new customer to embrace something different or adopt an alternative product solution or approach. I think the saying is “better the devil you know, than the one you don’t.”

Surrey has now launched 39 satellites, and so we have a significant heritage and track record for provision of this class of mission which should give future customers reassurance. Many of our previous customers also faced the need to embrace change—a testament to the fact that our solutions and approach aren’t that different and that change is not to be feared.

MSM
Final question, with an impressive career already well underway, when you look back over your accomplishments, which ones truly bring a smile of satisfaction to you?

Dr. Paffett
I get a huge amount of satisfaction from what I do personally, the team I work with, and the things we’ve accomplished since I joined the company 16 years ago.

When the company first started, small satellites were seen to be a novelty or curiosity—now they are very much part of the fabric of satellite engineering, with proven utility, application, and the solution for many of today’s challenges. Our whole ethos and approach enables customers to close their business cases and bring their ideas to fruition. Every time we have a launch I get a huge sense of pride in that we’ve just helped a customer bring its vision or dream closer to being a reality.

Personally, I get the greatest satisfaction from doing things that everybody else says are impossible—I definitely have a can-do attitude, and that has paid off. Whether it’s been closing a deal to secure a launch option that nobody has believed would be possible, or convincing the European Space Agency that Surrey really could build and launch a 660kg navigation satellite to secure the ITU regulatory filings in under 30 months and then deliver on that promise—such have all given me a massive amount of pleasure and satisfaction.