The concept of hosting government payloads on commercial satellites is gaining wider acceptance, as has been demonstrated by the recent announcements of two upcoming hosted payloads on two separate commercial communications satellites.

Those satellites are the Federal Aviation Administration’s (FAA) Wide Area Augmentation System (WAAS) payload on SES-15 and the NASA-funded, Global-Scale Observations of the Limb and Disk (GOLD) payload on SES-14.

In July of 2014, the Space and Missile Systems Center (SMC) made a significant decision to begin regularly including hosted payloads as an option in all future mission architectures by awarding 14 companies with ID/IQ contracts to host government payloads on commercial satellites. 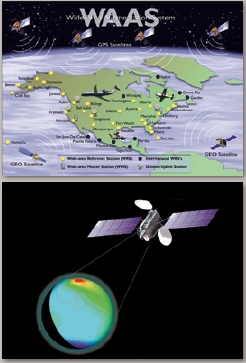 The Global-scale Observations of the Limb and Disk (GOLD) mission will examine the response of the upper atmosphere to forcing from the Sun, the magnetosphere and the lower atmosphere.

However, the first fully funded mission being competed on the contract is not an Air Force payload, but NASA’s Tropospheric Emissions: Monitoring of Pollution (TEMPO) mission. Although TEMPO is a fairly large payload with strict orbital location requirements, many government-funded science missions are finding commercial hosting as a viable and cost-effective method for achieving their objectives.

Competed for and selected in 2013 under NASA’s Explorer announcement of opportunity, the primary purpose of the GOLD mission is to modernize the understanding of the space environment by filling the critical gap in knowledge of Sun-Earth connections. The hosting contract for GOLD includes integration, test, launch and two years of on-orbit operations, with options to extend operations on an annual basis.

Although not released through the HoPS contract, the buzz generated by the activities before, during, and after have led to other hosted payload contracts as well. The FAA has contracted to host WAAS payloads on Eutelsat 117 West B (formerly SatMex-9) and SES-15 through its prime contractor, Raytheon Integrated Defense Systems.

The WAAS hosted payloads will serve as air navigation aids to augment the Global Positioning Systems (GPS), with the goal of improving its accuracy, integrity and availability. Both of these contracts include construction, integration, and test of the WAAS payload, launch, and eleven (11) years of on-orbit operations with options to extend on an annual basis.

From your perspective as members of the Hosted Payload Alliance, how have SMC and HoPS facilitated the advancement of hosting government payloads on commercial satellites?
What more can be done?

“SMC has taken an important first step by providing a contract vehicle that any U.S. Government entity can use to procure hosting services from a list of pre-qualified providers, overseen by a talented group of space professionals. The HoPS standard contract structure and deliverable set creates an excellent framework to expedite the acquisition and contracting process. It is incumbent upon the mission program offices to include hosted payloads as an alternative in their architecture trades and be prepared to have funding in place to take advantage of the cost, schedule and risk benefits hosted payloads offer, much like NASA is doing with the TEMPO payload.

“The HoPS contract vehicle is an enabler for deploying space assets for pennies on the dollar but its long term success will be measured by the number of actual missions flown. This is a new way of doing business, so a slow start is not unexpected.”—Allen Lindsay, Vice President, Responsive Solutions, National Business Unit, Harris Corporation.

“Standing up the Hosted Payload office and issuing the HoPS IDIQ was an important and forward-thinking step in increasing the visibility of commercially hosted payloads for government missions. In order to more fully utilize the HoPS program and commercially hosted opportunities, I would like to suggest two ideas.

“First, the government needs to include commercial hosts when conducting Analysis of Alternatives (AoA) for future space-based missions. This means engaging commercial owner / operators early and often throughout the AoA studies, and selecting commercial hosts at least as a partial solution to the overall space-based architecture for a space mission. This will enable the government to leverage the benefits commercial space can provide, such as space access and operations at a fraction of the cost of a mission architecture that’s designed to use only dedicated satellites, and re-purpose limited O&M dollars for other USG space mission priorities.

“Second, the timelines at which commercial industry drives new satellites and capabilities to space, and the accompanying processes to support these activities, are not necessarily aligned to match government acquisition strategy decision points. Ideally, USG space-based missions that plan to leverage commercial hosts should plan to finalize requirements and have funding to begin six-to-nine months prior to commercial owner/operator contracting for a new satellite build. This may require more flexibility in Congressional funding and acquisition policy as opportunities for commercial space access are driven by a dynamic market.

“Quarterly discussions with commercial satellite owner/operators would be an excellent way for the HPO to understand the commercial space business case process and contracting timelines to leverage commercial opportunities, as more space missions adopt hosted payloads into their architectures. Commercial industry wants to be part of the solution and regular dialogue will help the government anticipate and leverage tremendous opportunities in commercial access to space.”—Eric Moltzau, Senior Principal Director, Intelsat General Corporation.

“The SMC HoPS program has provided a vehicle to help standardize contracting and contractor performance measurement for hosted payload LEO, MEO and GEO programs. It is the most comprehensive effort to date to establish this type of standardization. As the Government and Industry move on the learning curve, more will be done to define requirements early and minimize design impacts to the commercial spacecraft.”—Chris Jewell, Business Development Manager, Lockheed Martin.

“The HoPS office has successfully brought a number of hosted payload opportunities to industry’s attention, maximizing their chances for successful hosting. Additionally, the existence of the HoPS contract has established credibility to the Government’s commitment to hosted payloads, incentivizing investment on the part of industry partners—both service providers and manufacturers alike—to make hosted payloads part of our product line approach.

“Although some great work has been achieved though HoPS study tasks, contracts for host rides have been slow to materialize, particularly with military users. An influx of studies are being done for government program offices on alternative solutions, but none as of yet have resulted in a clear path forward on mission architectures. This is slowing the uptake on HoPS because these payloads have yet to
be defined.

“Plus, there are actually excellent payload candidate payloads available for hosting, but currently no channel exists for industry to suggest these concepts and designs.

“HoPS should be expanded to include contractor-furnished payloads, where industry can propose the build of both the payload and the host ride. This would get the Government closer to the one-bellybutton approach it desires by adopting commercial practices. It also would transition Government architectures more quickly to the diversity and resilience that is needed in this current budget and threat environment.”—Hayley McGuire, Deputy Director, Boeing Advanced Government Space Systems.

The Benefits Of Hosted Payloads
A hosted payload is a portion of a satellite, such as a sensor, instrument or a set of communications transponders that are owned by an organization or agency other than the primary satellite operator. The hosted portion of the satellite operates independently of the main spacecraft, but shares the satellite’s power supply, transponders, and in some cases, ground systems. The concept of a hosted payload was developed in order to enable government organizations to make use of commercial satellite platforms in order to save costs and create a more distributed architecture for space assets. 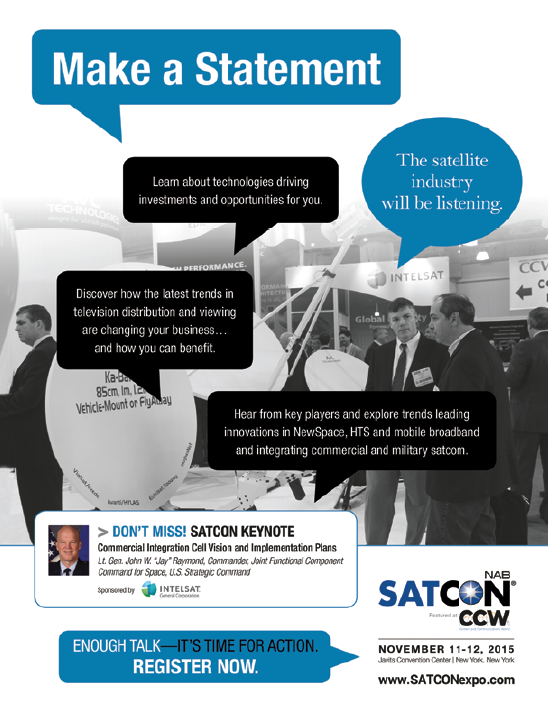