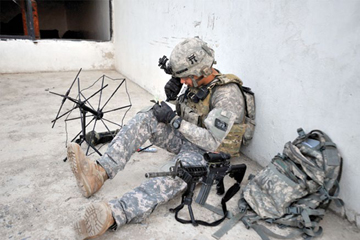 Climate, however, is not the only factor that is making South Australia an ideal place to house teleports. Similar to the rest of Australia, South Australia is geologically stable with no major earthquakes. Its remoteness ensures minimal frequency interference, just as its geographical location enables it to achieve optimal look-angles into the Middle East and Africa, thereby enabling better coverage.

South Australia houses highly secure and government accredited teleports, which means Australia is able to meet the stringent security requirements needed to support the transmission of vital and sensitive information for government clients around the world.

As Mike Kenneally, Vice President of Satellite Strategy for NewSat explained, “One of NewSat’s two world acclaimed teleports is located in Adelaide because of South Australia’s location. Its remoteness means that our teleport can receive signals from a large range of satellites.” 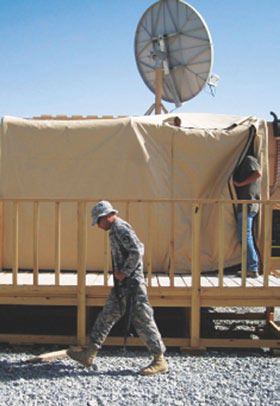 The ability to receive signals from various satellites is particularly important to the delivery of satellite services to defence personnel. Often situated in remote places with no terrestrial infrastructure, the military’s preferred means of communication is via satellite.

Texas-based Proactive Communications provides secure satellite services to the U.S. Department of Defence through a partnership with NewSat, and the company is quite aware of the benefits of using Australian satellite communications.

“Australia is safe, reliable and trusted and shares common regional foreign policy objectives with the USA. Australia also has the right space infrastructure, with a range of satellites that can be seen from South Australia,” said Mr. LeGare.

Since 2004, Proactive Communications has supported U.S. Army operations in the Middle East—its operations rely heavily on satellite communications, whether it is for warfighter welfare and recreation, telephone, or for unclassified research.

Seventy-five to 80 percent of the U.S. Department of Defence satellite consumption is supported by the commercial satellite communications arena. According to Mr. LeGare, one of the great positives about satellite telecommunications is that, in some cases, the visible signs of the antenna system cannot be differentiated from those of other commercial customers.

Mr. LeGare explained that Proactive Communications had to weigh its options carefully when selecting a teleport that would meet its customer’s growing requirements. LeGare’s company could have gone East, to Europe, and be one of many teleport clients, almost undifferentiated from its competition—or it could look to the West. 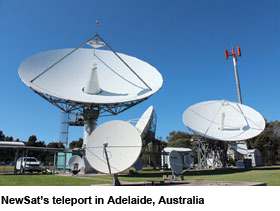 At U.S. Foreign Operating Base (FOB) locations, reliance on communication technologies is crucial, as soldiers, emergency staff, medical technicians, firemen, electricians, construction builders and other resource providers need to communicate to camp commanders and beyond. As they all use a variety of communications systems, Proactive Communications worked toward providing a system that could seamlessly tie together all of the services in order for communications to run smoothly between camps and support headquarters.

Mr. LeGare stressed the importance of satellites for the integration of camp communications. The process involves turning data, usually in the form of radio signals, into IP data streams via Internet Protocol addresses, which are then backhauled over the satellite to a teleport, such as NewSat’s facility in Adelaide, and then back to another base or to the home country. “Where there are soldiers, there will always be a need for satellite communications”, Mr. LeGare said.

Military operations are also going to benefit greatly from the “new” high-powered capacity satellites which offer Ka-band delivery. “We require capacity over high demand regions across the Middle East and need the best quality communications for our operations. NewSat’s satellite Jabiru-1, will address this need, and its flexible payloads and range of beams options are ideal for military operations”, said Mr. LeGare.

There is an ever increasing demand for high quality bandwidth via satellite in the military, now and in the future. Mr. LeGare predicts that every soldier will be linked into a communication network of fellow soldiers and political allies. Such will enable overseas missions to run far more smoothly and efficiently. 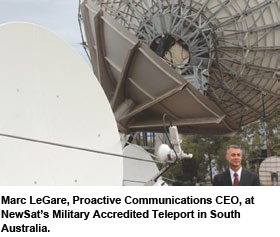 “The U.S. soldier of 2016 is going to have to rely on data fusion, knowledge management, dynamic targeting and persistent Intelligence, Surveillance and Reconnaissance (ISR). All this data is communicated via satellite. This makes for a growing, competitive market. However, for a team such as NewSat’s, they can put together an entire delivery chain, from the teleport to the satellite, to taking care of the customer out in the field. This is, indeed, an exciting time”, said Mr. LeGare. 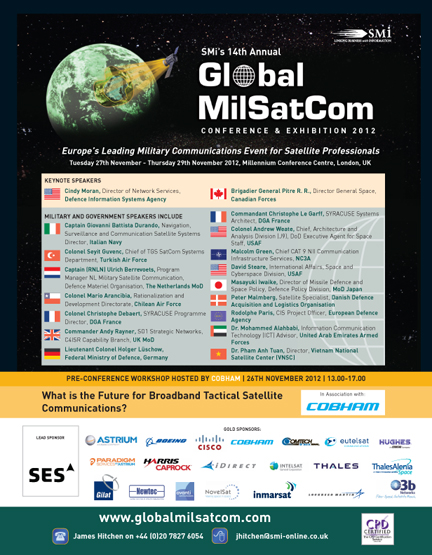