In April of 2015, NASA announced the selection of SES to host the agency's Global-scale Observations of the Limb and Disk (GOLD) payload aboard the SES-14 spacecraft — the GOLD payload is an ultraviolet (UV) imaging spectrograph designed to measure densities and temperatures in Earth’s thermosphere and ionosphere. 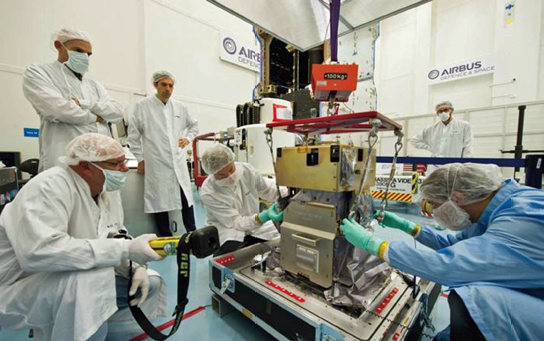 The build of NASA's GOLD satellite. Photo is courtesy of AIRBUS.

GOLD is noteworthy for many reasons in addition to the spacecraft's mission to measure densities and temperatures in the thermosphere and ionosphere. GOLD is notable for how it’s going to get there — as a hosted payload aboard a commercial geostationary (GEO) satellite — a method for getting payloads into orbit that is not widely adopted and used across the federal government.

Also notable is who is helping to make the entire program a success. GOLD is being developed and operated by an interesting mix of organizations that include NASA, the University of Colorado’s Laboratory for Atmospheric and Space Physics (LASP), the University of Central Florida, Airbus Defence and Space, and SES. In fact, GOLD represents the first time universities and a commercial spacecraft operator will team up to enable a NASA science mission.

GOLD will assist NASA and the scientific community in research and observations — this program is both historic and a learning experience for government and the space industry.

In regard to GOLD and the hosted payload program, GovSatReport convened a panel of subject-matter experts to discuss the GOLD program, what the program will accomplish for NASA, why this partnership is so exciting for the space industry and what other government agencies can learn from GOLD. The resulting podcast, moderated by Ryan Schradin, conducted interviews with... 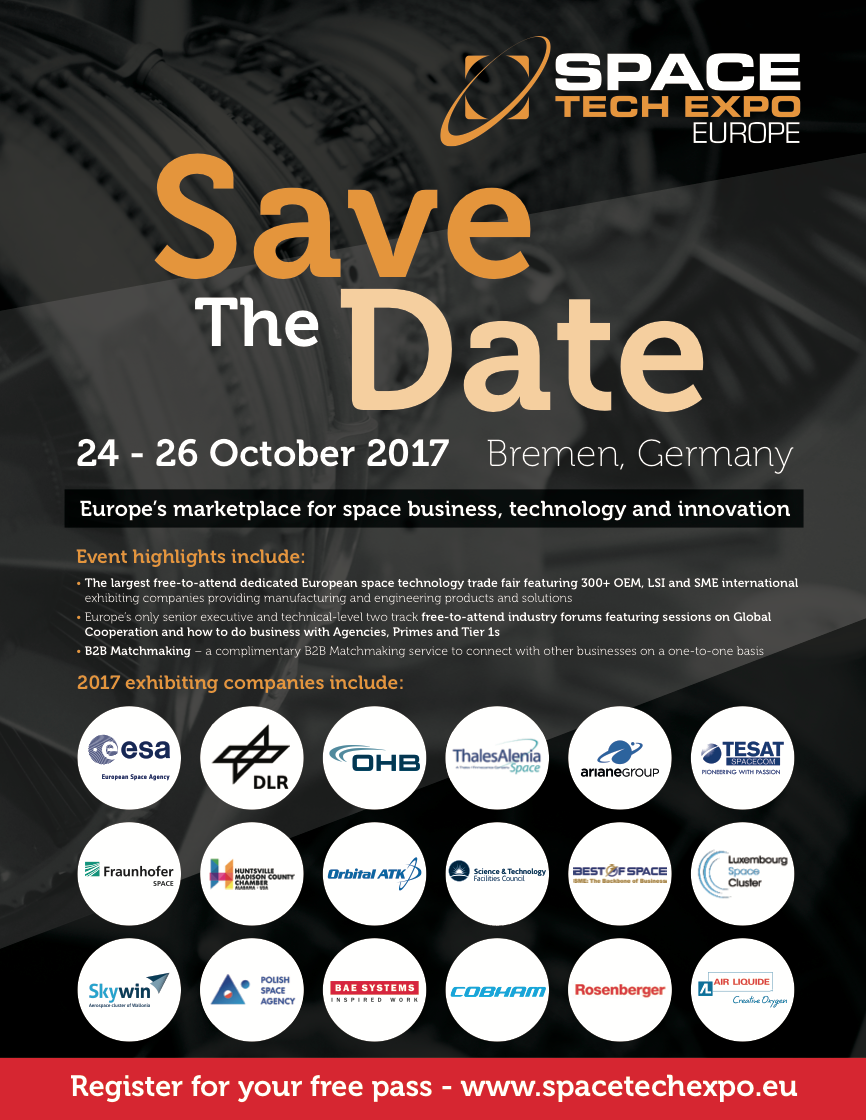 This informative podcast may be accessed at ...
www.blogtalkradio.com/govsat/2017/05/31/nasa-sees-gold-in-upcoming-hosted-payload-program

Following up on the Government Satellite Report that examined NASA’s GOLD program, note that GOLD is a particularly notable endeavor because the mission is being conducted as a hosted payload and has garnered involvement from the University of Central Florida and the University of Colorado’s Laboratory for Atmospheric and Space Physics (LASP).

The Benefits of Academic Institutions Pursuing Hosted Payloads
The involvement of academic institutions in a hosted payload program may be unique, but it shouldn’t be particularly surprising. That’s because hosted payloads can deliver multiple significant benefits to any academic institution looking to gather satellite data for use in research and scientific pursuits — especially in such hot research areas as climate science.

As Todd Gossett, Senior Director of Hosted Payloads at SES Government Solutions explained, “It’s a cheaper way to get into space. And that’s because they [universities] don’t have to procure an entire spacecraft [and]the entire support infrastructure that comes with that, such as the ground commanding infrastructure, antennas, operations center, etc. And they don’t have to procure a launch…really it’s because the unique attributes of a hosted payload program really match up with the funding and the infrastructure of the hosted payload customer.”

Understand the Challenges
That’s not to say there wouldn’t be some sizable challenges to overcome in order to put a hosted payload program in place at an academic institution. Even with the massive cost savings that hosted payloads offer, these projects can still cost millions.

This is the main deterrent that is pushing most academic satellite programs to focus on much smaller satellites, such as nanosats or cubesats. However, although these satellites offer a valuable learning experience, they simply can’t stay in orbit as long as a hosted payload on a GEO satellite, and as of this writing, they seem to be limited to LEO.

Find a Government Partner with Similar Goals
Of course, government budgets for scientific exploration are far larger than that of an academic institution. In order to put a hosted payload program into action, the university will likely need to seek out a government sponsor with similar scientific goals.

“Seek out a government sponsor who is interested in the science that they could produce as a result of putting a mission into space,” Gossett explained. “That’s going to make it much easier for [universities] to obtain the requisite funding to put a science mission on board a spacecraft.”

Build Hardware that is Space Certified
Beyond funding, there is also the challenge of building payload hardware that is space certified. This is where partnerships with third-party vendors like Boeing, Lockheed Martin, Leidos, Ball Aerospace and some universities like University of Colorado, University of Massachusetts Lowell and University of California Berkeley come into play; they’re capable of building space-qualified hardware that both meet mission requirements and can withstand the harsh environment of space. Satellite vendors such as Boeing, Airbus Defense and Space, and Orbital ATK also provide experienced teams to integrate hosted payloads with the host satellite.

Finally, owner-operators such as SES GS can operate the host satellite, facilitate operations of the hosted payload, and downlink and disseminate mission data using the company’s existing satellite command and control and ground infrastructures, all invaluable resources to a typically lean academic team.

For universities and other academic institutions to successfully take part in a hosted payloads program, they likely will need to find a government partner with similar scientific goals in mind to sponsor the project, and a third-party vendor to support the hardware and infrastructure needs of that project.

Like most academic pursuits, a hosted payload program is a collaborative effort.  However, should an academic institution put in the work and build a team — similar to the one behind the NASA GOLD program — the benefits could be well worth their effort.