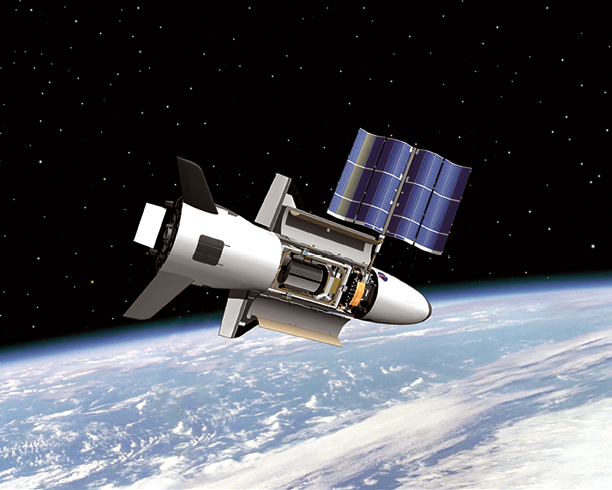 An artistic rendition of the X-37B space plane in orbit.

However, with the new budgetary climate, U.S. Special Operations Command (SOCOM) must plan more carefully for all of its missions, including how to ensure these critical communications move forward.

That was the clear message coming out of the NDIA’s Special Operations Forces Industry Conference earlier this year. Col. Matt Atkins, head of SOCOM’s intelligence capabilities and requirements division, called the demand for ISR “insatiable,” while also saying more planning is required for how to best meet the need:

“In the post 9/11 environment there was really a dizzying investment in ISR, as folks rushed capabilities to the field in huge numbers and often with not a lot of foresight,” Atkins said. “Now in the new, more austere fiscal environment, we sort of have to make sense of what’s in the inventory.’”

Atkins also told SOFIC attendees that SOCOM is asking for industry input on how to best enhance the data transmission between ISR platforms and the warfighter on the ground. This requirement will see changes soon, where performance will dramatically increase thanks to next generation High-Throughput Satellite (HTS) systems such as Intelsat’s EpicNG becoming operational next year. The improvements will mean more throughput delivered to smaller antennas in the field, along with increased resilience and the opportunity for continuous technology refresh. 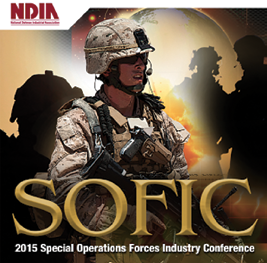 Not much detail is available about this classified project beyond the fact that it can stay aloft for months and then land like a conventional aircraft. As explained in a recent Washington Post article, the X-37B is yet another example of how critical space has become to national defense:

“Space is so vitally important to everything we do,” Maj. Gen. Tom Masiello, the commander of the Air Force Research Laboratory, Space and Missile Systems Center, said in a recent statement. “Secure comms, ISR [Intelligence, Surveillance and Reconnaissance], missile warning, weather prediction, precision navigation and timing all rely on it, and the domain is increasingly contested.”

As special operations continue to become a major military focus in the coming years, the commercial industry welcomes the opportunity to work with DoD and Allies to plan for maintaining current ISR superiority.

Kathleen Jeffery has been with Intelsat General for more than nine years and is responsible for sales to the company’s large, integrator customers who support the DoD and civil agencies. 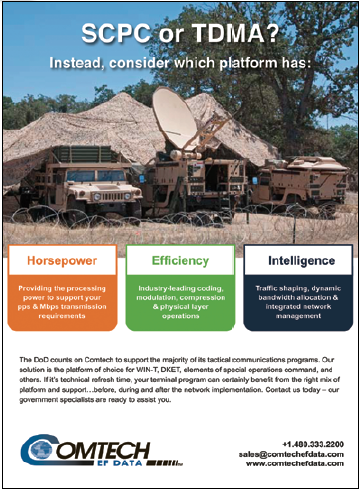